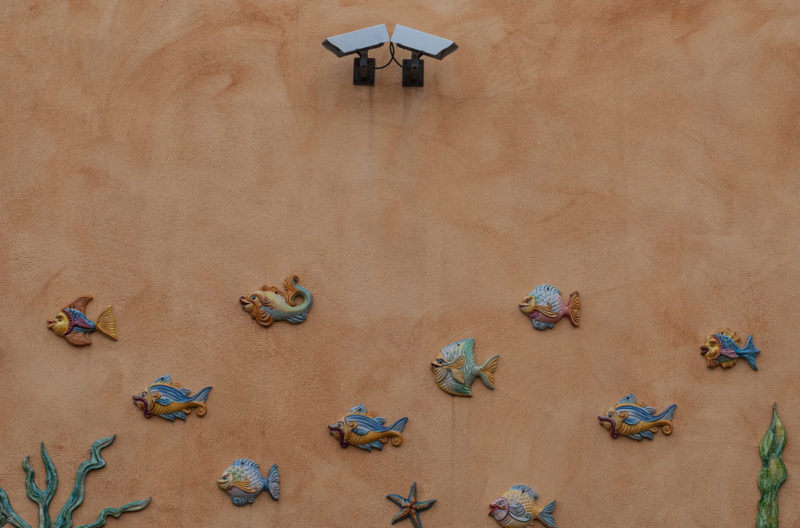 Valentina Parisi was born in Rome, where she graduated from the cinema and television high school, with a specialization in photography and obtained her degree from the faculty of Literature with a specialization in Geography. Her research always adopts an interdisciplinary approach. Photography is one of the means she uses to express her view of the often anthropized landscape. Her latest project “Infernetto” was realized through a self-produced fanzine, and was presented in 2019 by LeporelloBooks in Rome. She participated in several workshops related to the making of the book, with Israel Ariño, Avarie Publishing, CESURALAB, who showed interest for the story and for her long-term projects. In fact, Valentina develops topics that come to completion after years of research and experimentation. She is not a portrait lover; hence, the anthropological aspect is present in her stories terms actions and transformations of the space.

She works with different associations and non-profit organizations that deal with disabilities, mental and physical, offering an educational path in which the photography becomes a tool to define oneself and the relationship with others. She has spent many years of her research on autobiographical projects, such as “Black is a color”, which was exhibited at the Festival Fotoleggendo in Rome and won the Portfolio Project, organized by Gallerati Gallery in Rome. Her curiosity and focus on social issues led her to collaborate with the International Women’s House and with performative artists such as Claudia Padoan and Iginio De Luca. Some of her works have been published in various web magazines and some have been selected by the National Observatory – Female Photography, to be published in their catalogue. She is currently engaged in the implementation of an itinerant project: a pinhole and a moving dark room.

About ‘Infernetto’ – words by Valentina Parisi:

This project was born in 2018 with the intention to tell the story of an urban area in Rome, the Infernetto. Passing through this area, you are permeated by contrasting sensations. The landscape is fascinating because of its vast diversity but then, all of a sudden everything becomes homogeneous and orderly. Even the toponym brings to my mind the idea of an environment that is not exactly peaceful! Indeed, about one-half of the 1000 hectares is occupied by buildings that rose spontaneously; the second half is occupied by buildings that were, and are, built in a planned manner. In the late 1950s, the Infernetto pioneers started buying the agricultural land on which they began building their homes. They were mostly people who could not afford a house and heard of this area from others or discovered it on their way back from sea near Ostia, as a place where they could relax in the cool shade of the cork oak trees.

Infernetto is a border area, close to the Presidential Estate of Castel Porziano, 20 km from Rome, along the high-speed road Via Cristoforo Colombo, which connects the center of Rome with its coast.

Until the 1970s, living there meant living without basic services: no electricity, no connection to sewers, neither roads nor schools. There was only deserted land with few scattered rural houses, fields that we not cultivated nor unsuitable for cultivation, because the whole area was subject, and still is, to hydrogeological risks. Thanks to the desire to build a life surrounded by nature, as Infernetto is adjacent to the Castel Porziano Natural Reserve, the first residents developed a strong sense of community and identity thanks to which they built the first roads and fought for the construction of the first schools. Today Infernetto is a residential neighborhood, with over 40.000 inhabitants; it is more orderly than before (at least in some areas), but the urbanization process has not been completed. In 1994, the Municipality of Rome prepared their land-use planning regarding the area but the urbanization project never started. There are no schools, roads, healthcare facilities, libraries, meeting places. The various city management administrations have increased the cubic capacity through building compensations; in other words by selling cubic meters to builders. By doing so, the cost of the land and the houses has risen favoring the exploitation of labor and illegal business. Infernetto, which even hosted Abdullah Ocalan who was under surveillance by secret services from around the world – has completely lost its original appearance due to an urbanistic delirium that separates and divides. There is a policy that does not involve citizens, that sells, speculates and transforms agricultural, naturalistic and social landscapes into airtight spaces. Houses under construction, apparently abandoned land, closed houses, walls and fences, vegetation that takes over wherever is can find a bit of space, new generation buildings, cork trees at intersections, degradation far from the villas, absence of sidewalks, horses in gardens, sheep grazing, speeding cars and very few people on foot. You lose you sense of orientation in Infernetto, as there are no longer points of reference; everything has been designed around the cars. Today it is difficult, even for those born there, to identify themselves with the area and find their bearings.