Tim Bowditch is a photographer and filmmaker living and working in London. His practice centers around a documentary underpinning with an interest in how people perceive and interact with space and place. These observations are further explored, exaggerated, abstracted and fictionalized through collaborations with other artists, particularly writers and sound recordists. This work has culminated over the years in the form of ambitious three-year community based projects, outdoor poolside screenings, installations, publications and exhibitions. 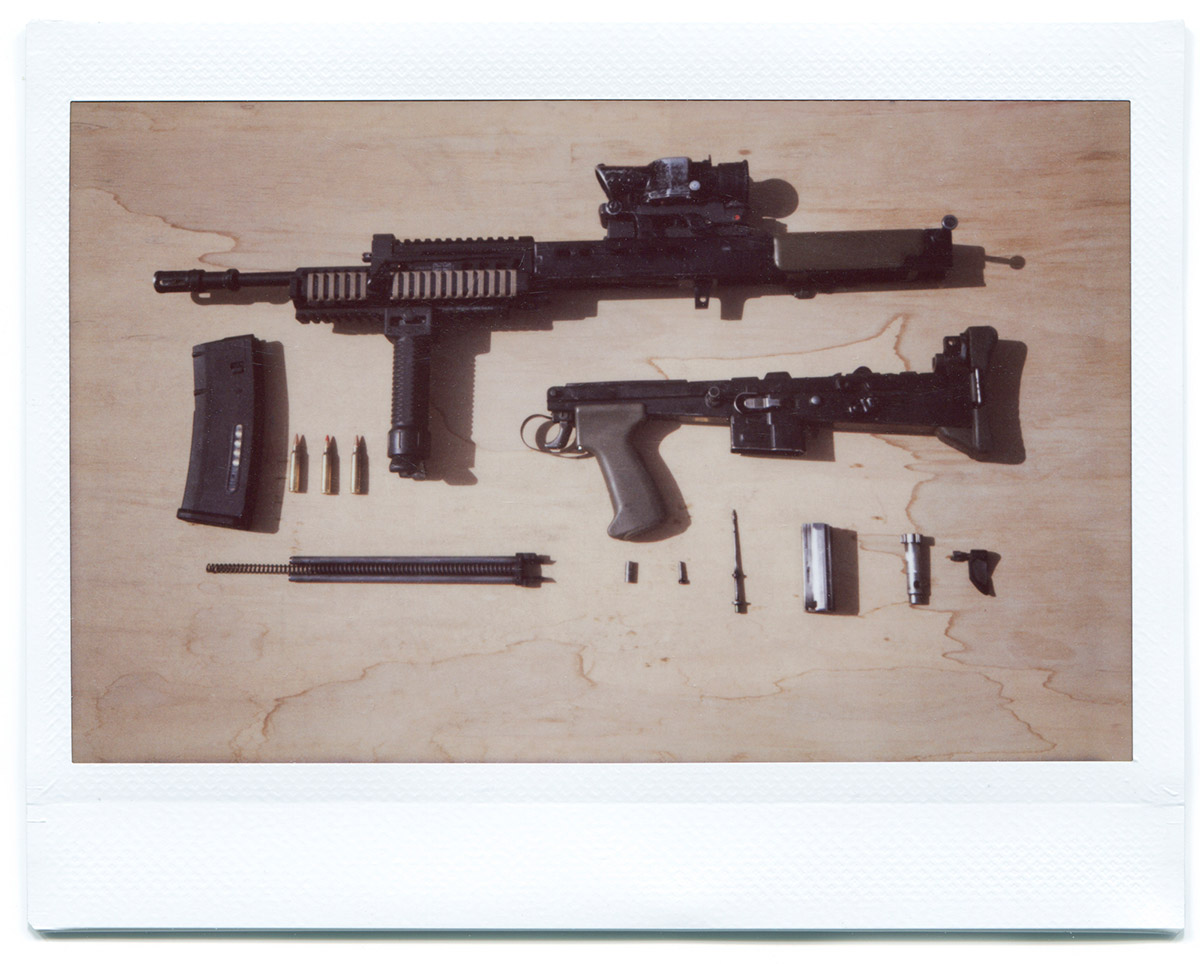 Tim Bowditch is a photographer. His brother, Matt Bowditch, is a bandsman in the Royal Marines. For his band duties, Matt is based in Exmouth, but in April 2011 he began a three month tour of Afghanistan. His main role for those three months was driving a Mastiff Ambulance providing medical support on Combat Logistic Patrols – regular convoys that provide supplies to troops all over Helmand Province. He was based at Camp Bastion, and in between driving as part of the convoys, he worked in the camps’ ambulance crews, and in other roles around Bastion.

When Matt announced that he was going to Afghanistan, Tim decided that he wanted to collaborate with his brother on a photographic project. For Christmas 2010, Tim gave Matt a Fuji Instant camera, and enough film to last him for his three month tour. Tim asked Matt to take pictures of anything he liked, the only request was for ‘quiet photos’. The three months of Matt’s tour were marked by three packages of photos sent back to Tim in England. These packages are known as ‘Blueys’, taking their name from the blue paper which is used for letters to family and friends. Tim would choose his favorite images from the package, let Matt know which images he liked, and Matt’s next batch of photos would be influenced by Tim’s preferences.

As soon as Tim saw the first photographs he knew that the project had a wider significance than just as a way of keeping in touch with his brother. 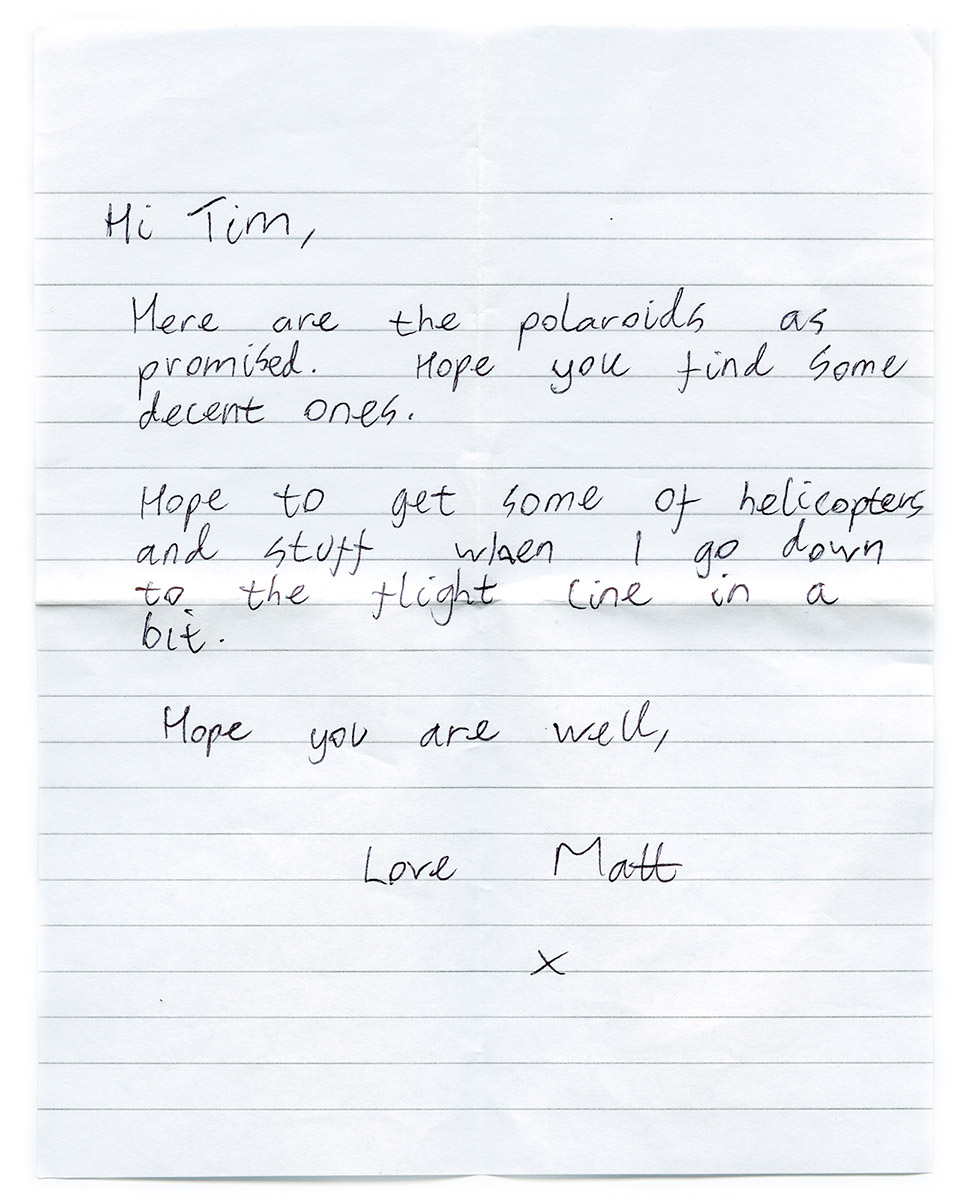 These photos are from a part of the war in Afghanistan that we are not used to seeing. There are no images of combat, though its presence is never far away. There are no moments of obvious distress or danger. There are many images from ‘outside the wire’, when Matt was driving as part of the convoys, but there are also plenty of pictures from inside Camp Bastion. Whether on a gruelling 24 hour patrol duty, or just strolling around on his downtime, Matt managed to document the day to day life of the camp as someone who experienced it first hand.

There are images of the desert, with long lines of armoured vehicles trailing across the endless horizon. There are images of people Matt worked with, in the camp and on the convoys. There are images of the practicalities of life on Camp Bastion – shower blocks, toilet blocks and telephone rooms all set up in huge shipping containers, Matt’s equipment laid out for cleaning, the regular upkeep of the vehicles. And there are also strange, dreamlike images, like the bus stop in what could be the middle of the desert but is, in fact, ‘Leatherneck’, the American camp adjacent to Bastion. 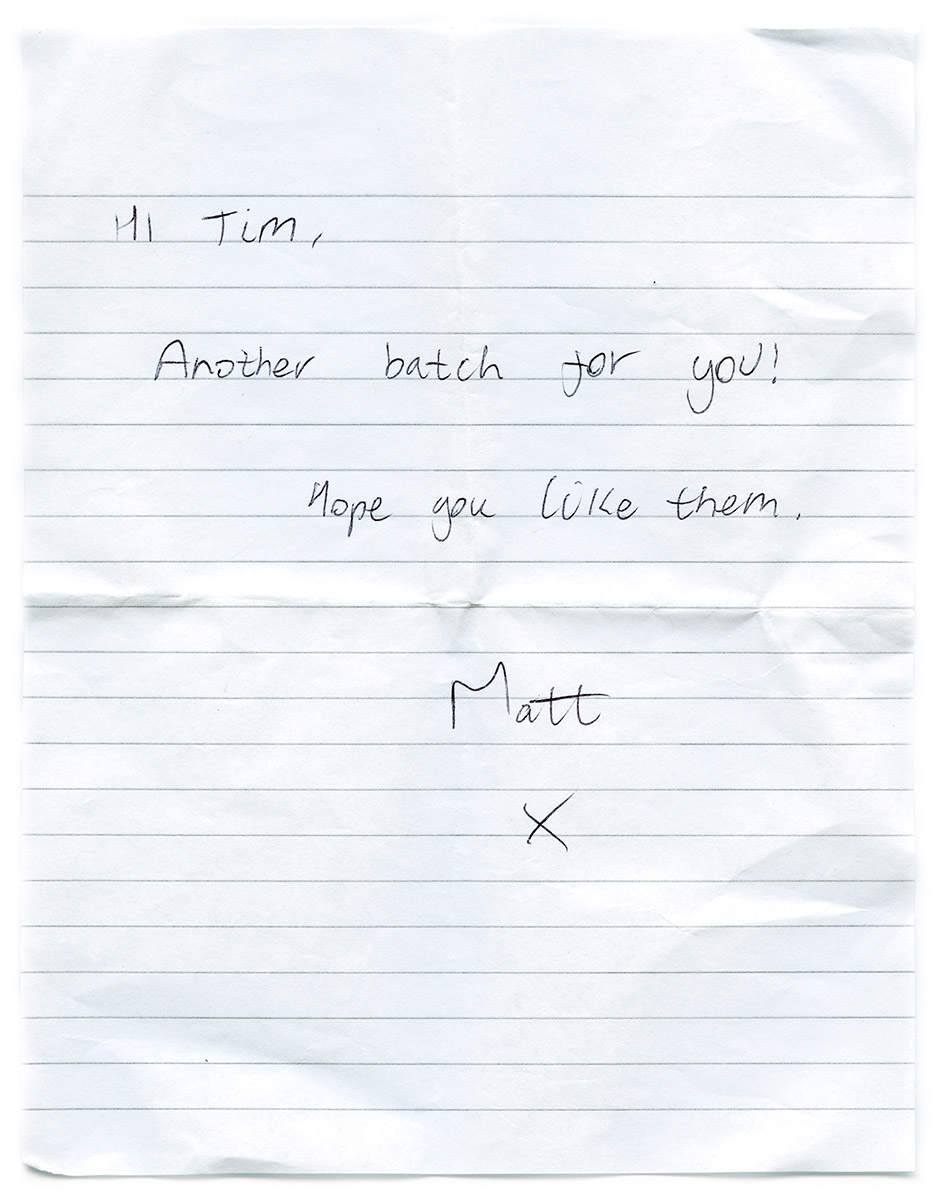 When I spoke to Matt about his time in Afghanistan, he kept avoiding words which implied fear. He talked about excitement and adrenaline. Or he would talk around the idea of being scared, describing he had kept his head when his convoy came under fire. I asked him if he was avoiding the word ‘fear’, and he talked about how it wasn’t useful – as a feeling or a word. I couldn’t help relating this back to Tim’s instruction for Matt to take ‘quiet photos’.

Maybe the sending and receiving of photos was method of mutual reassurance for Tim and Matt: two brothers, eager not to mention the possibility of death. Acknowledging that Matt was in a very dangerous situation wasn’t going to make it any less dangerous, or any easier to stomach. So the photos don’t show us the danger. Instead, they show us minute details of living in the desert, the importance of personal relationships at the camp, the impressive mechanical technology of the vehicles, and the methods used by the Marines to relieve the tedium of downtime.

Of course, Matt’s photos can’t quite ignore the memento mori that have a tendency to accumulate in warzones – guns, ambulances, fighter jets and artillery all make their appearances. But the images avoid sensational battlefield imagery, and instead concentrate on the day-to-day aspects of living and working as part of the military. 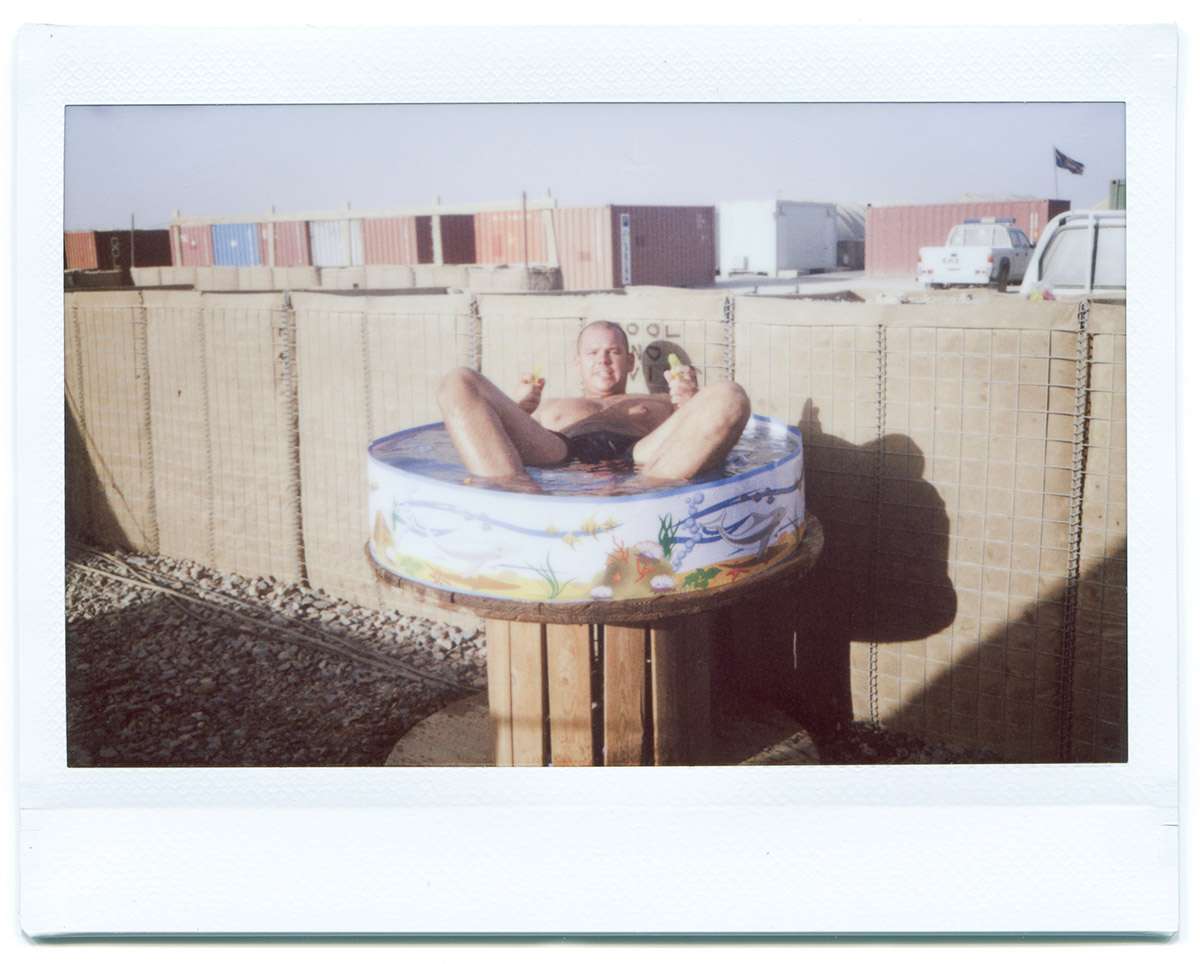 This project began as a way for Tim to understand the experiences of his brother in the Marines. It became something much bigger – these photos are a significant document of the war in Afghanistan. They give us a way of understanding the hardship, the strangeness and the banality that make up the life of British service men and women serving in the country. They are also extraordinary images that remind us that beauty can be found everywhere, even in a war zone.

Text by Tim and Matt Bowditch.
Collaboration with Matt Bowditch. Instant photographs taken by Matt whilst serving with the Royal Marines in Afghanistan, 2011. 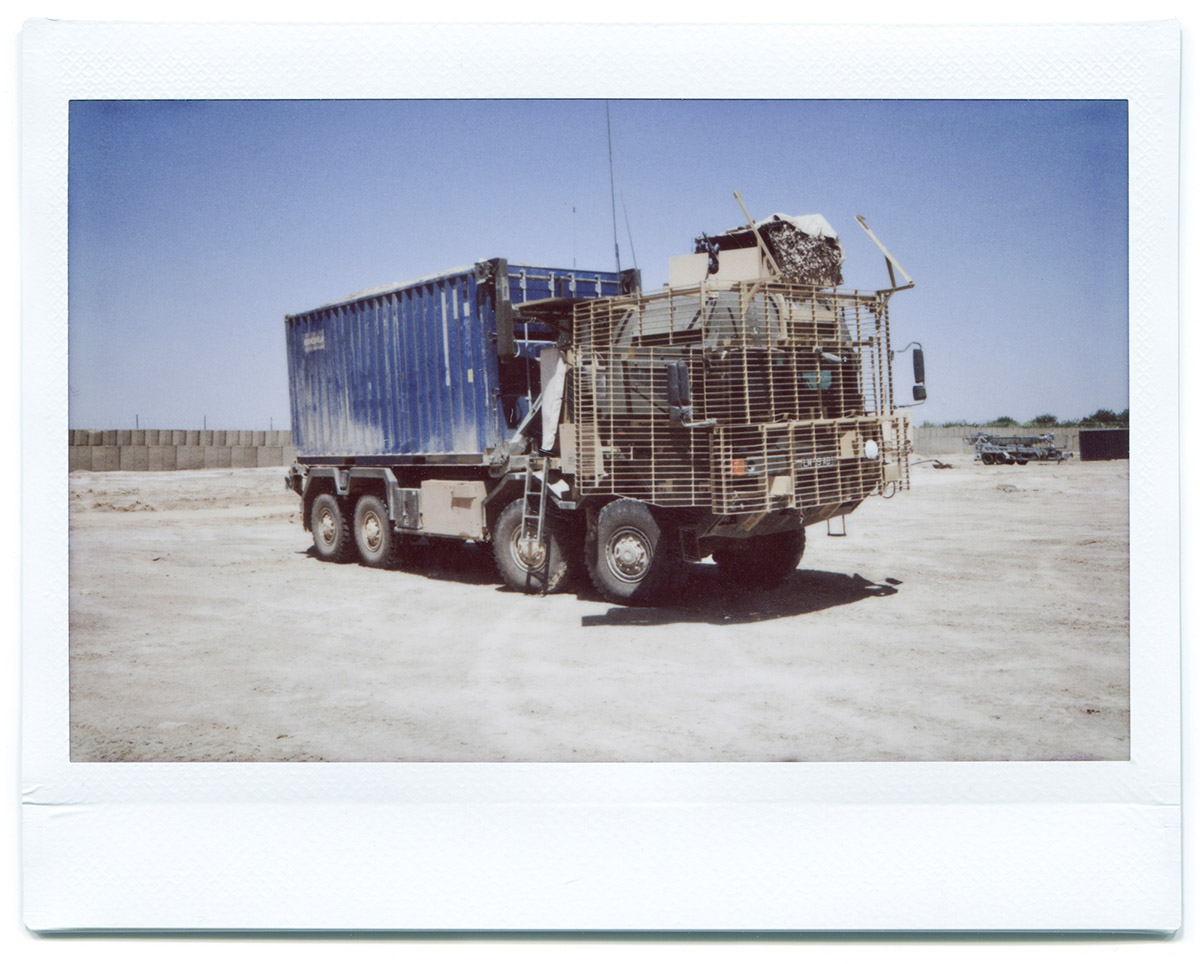 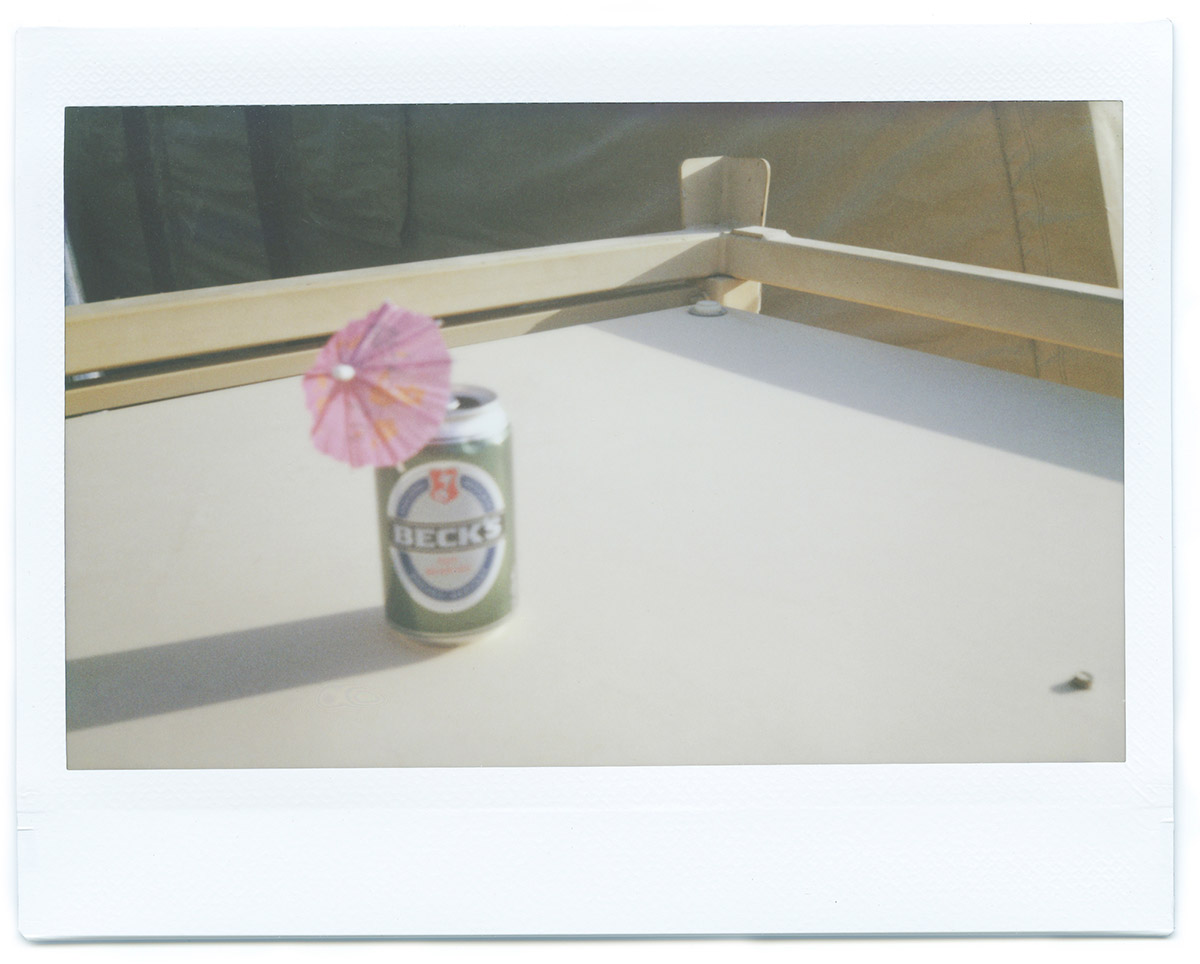 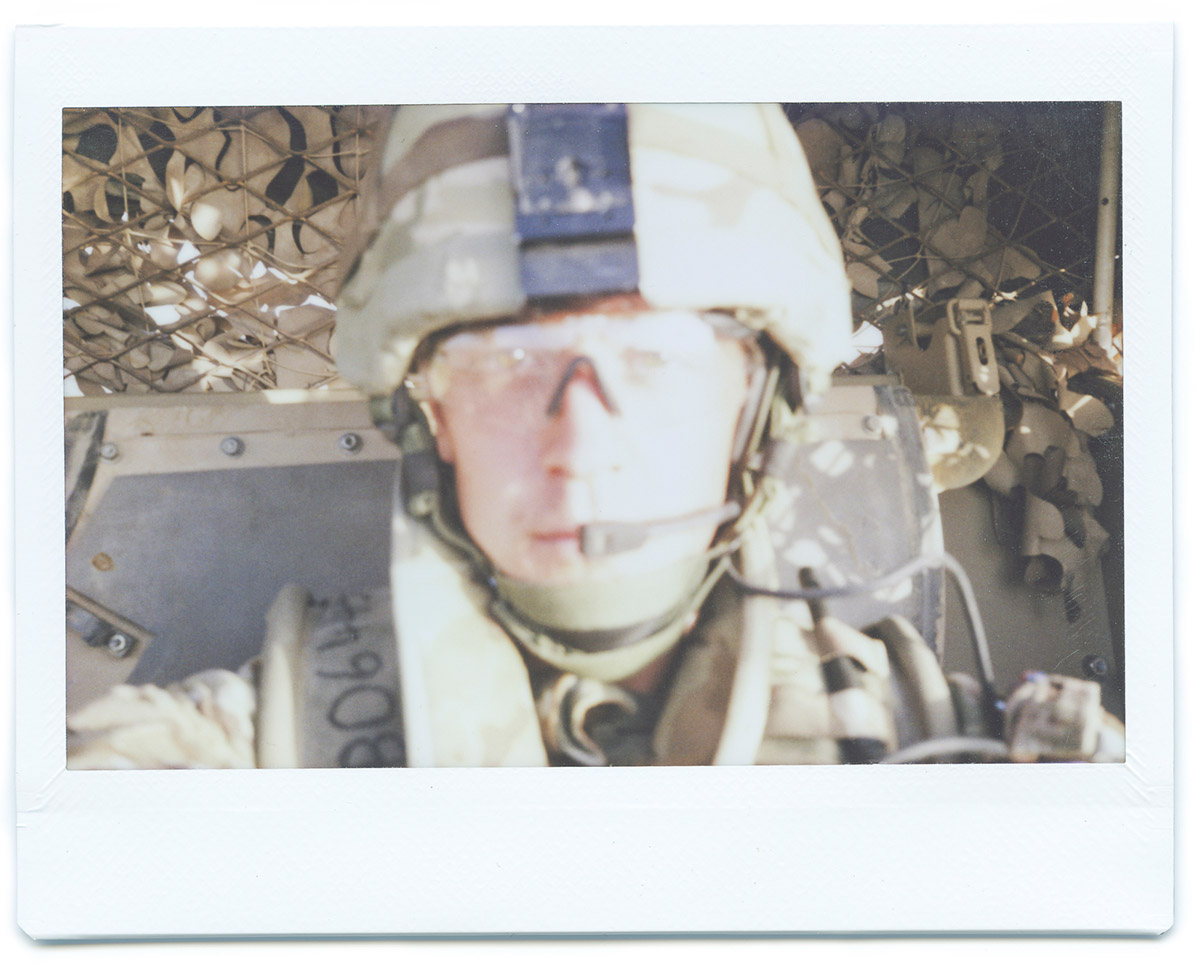 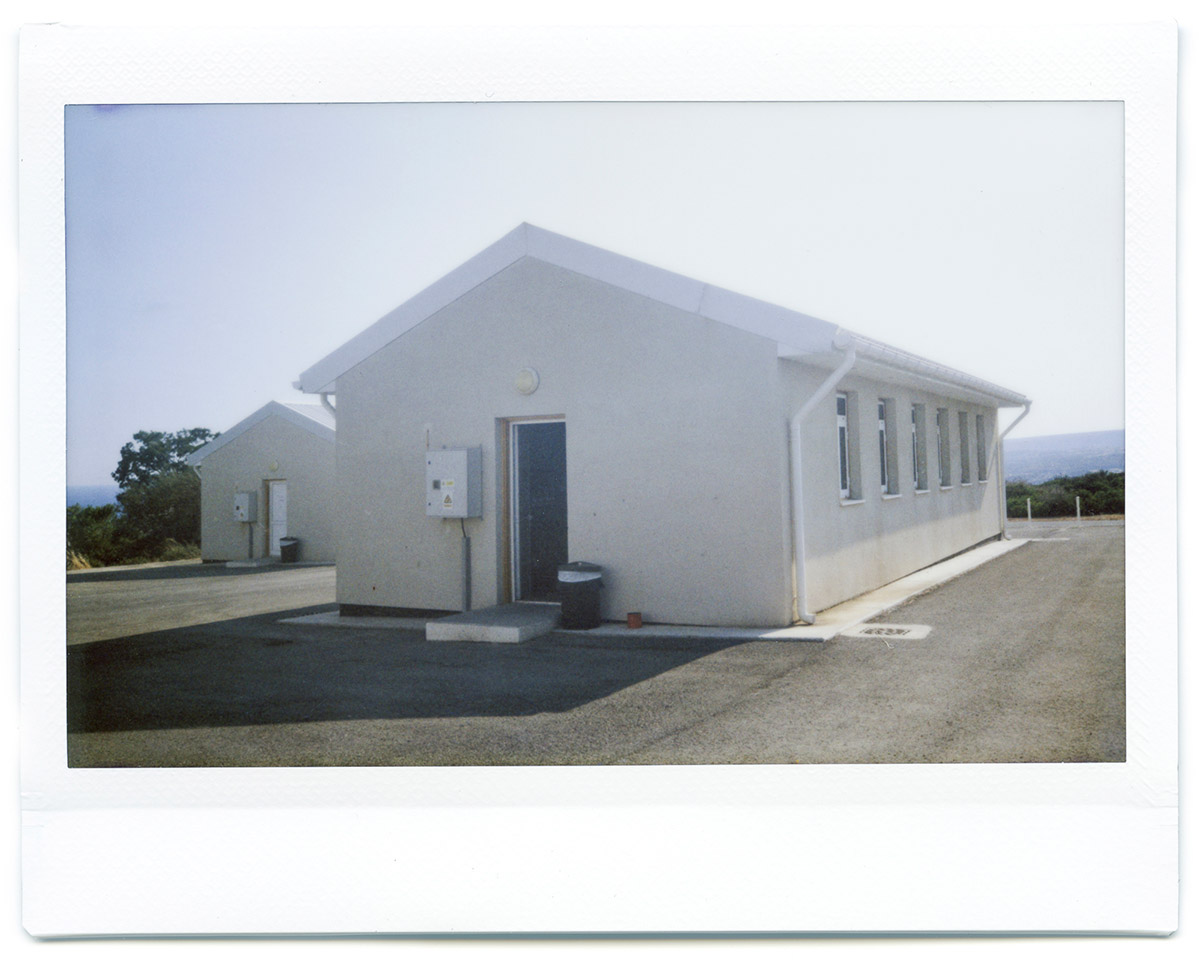 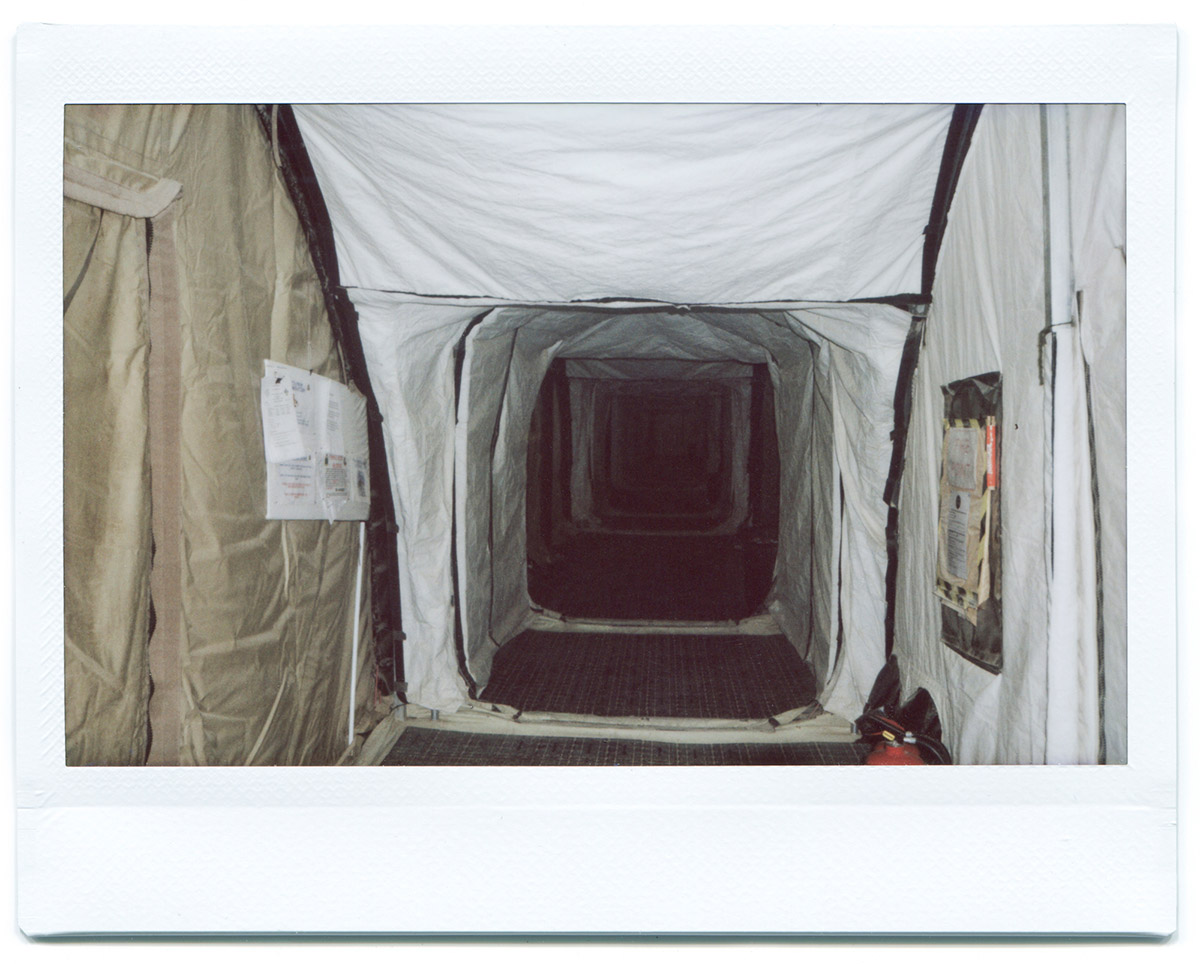 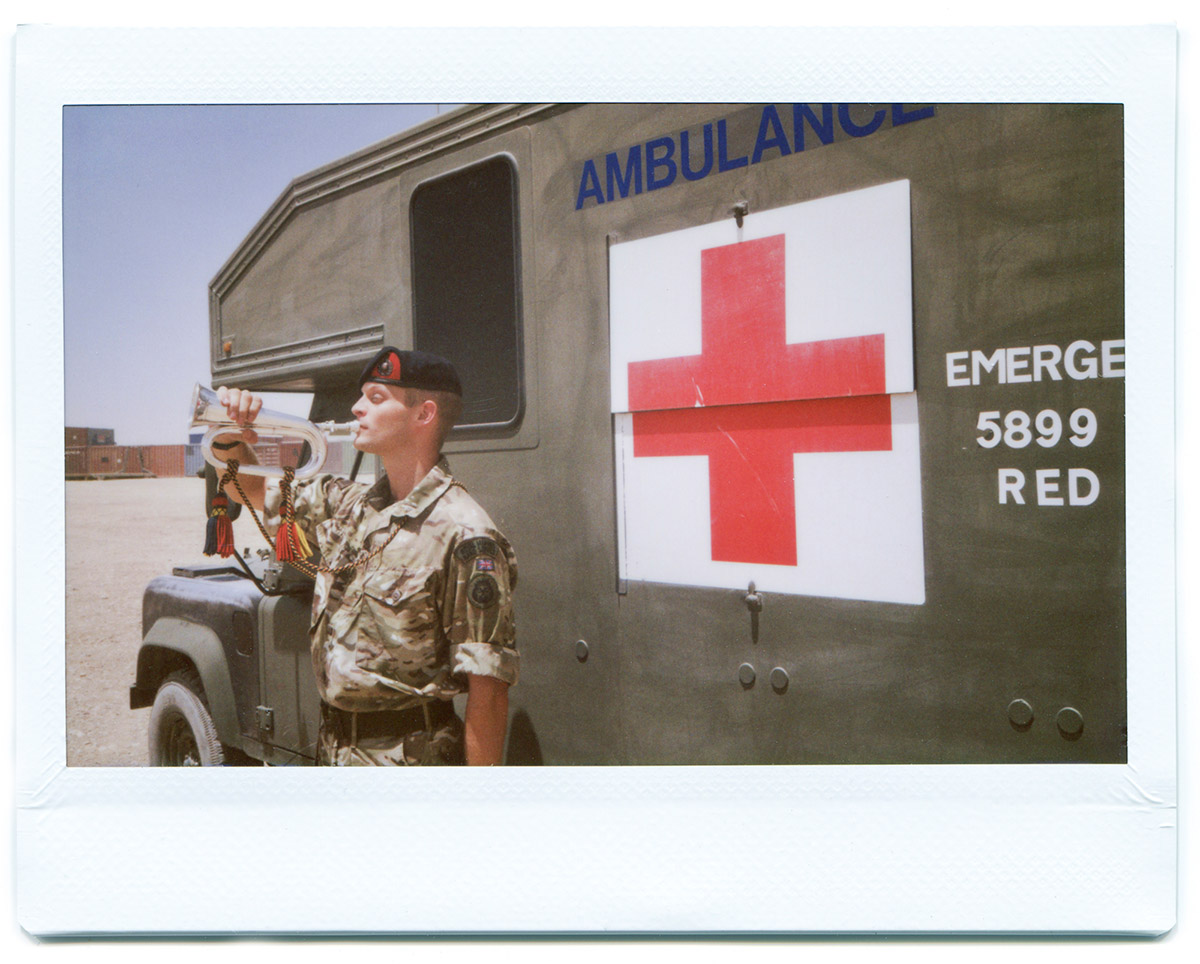 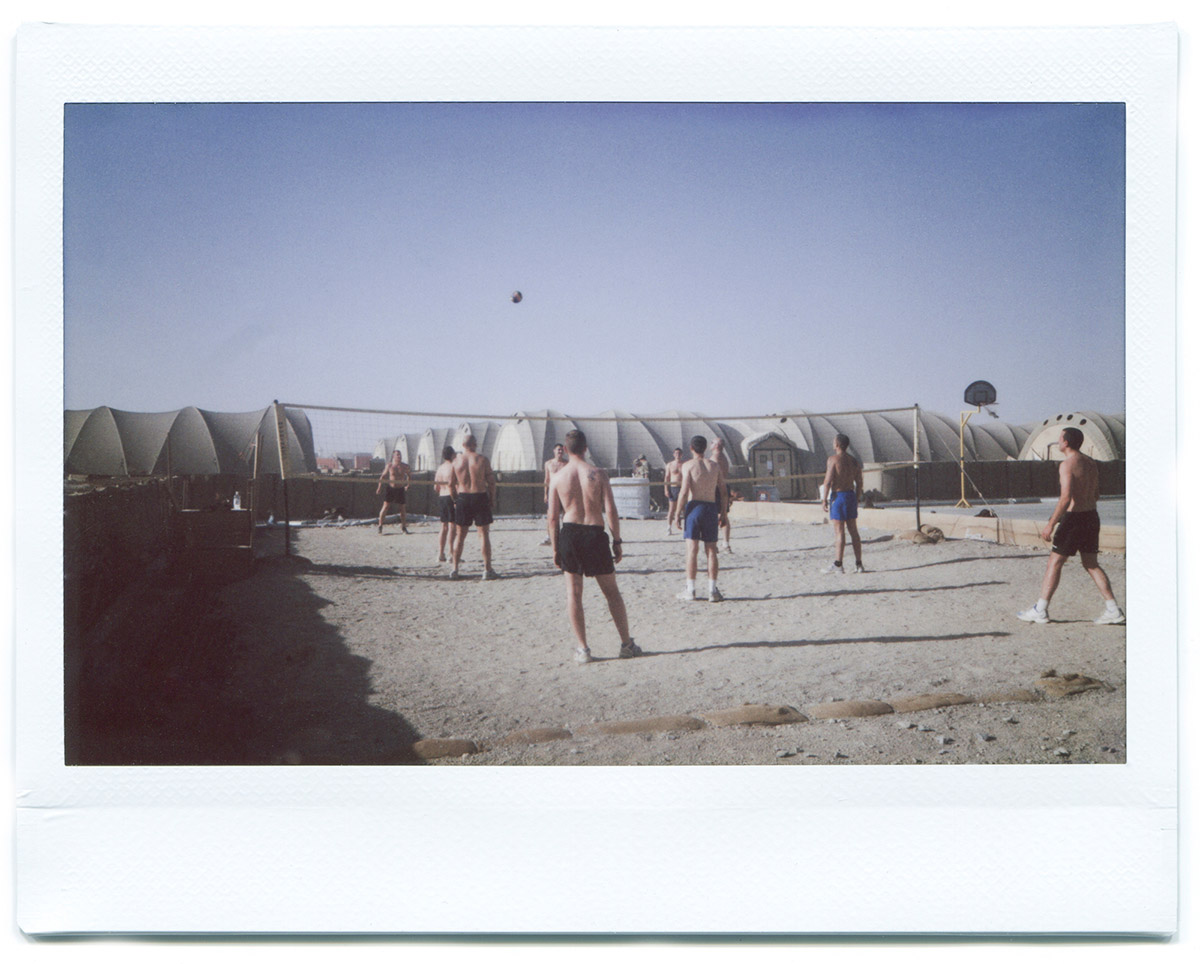 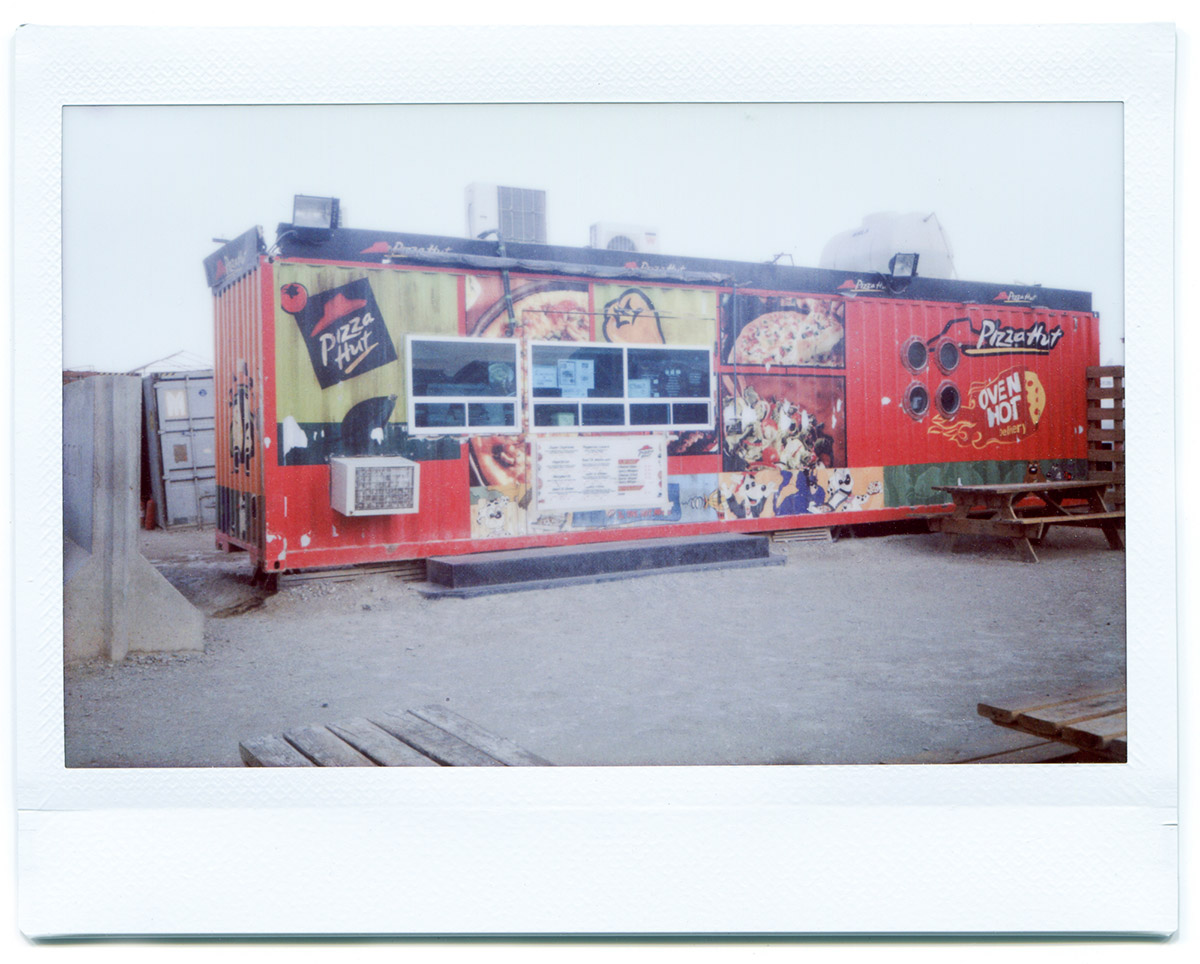 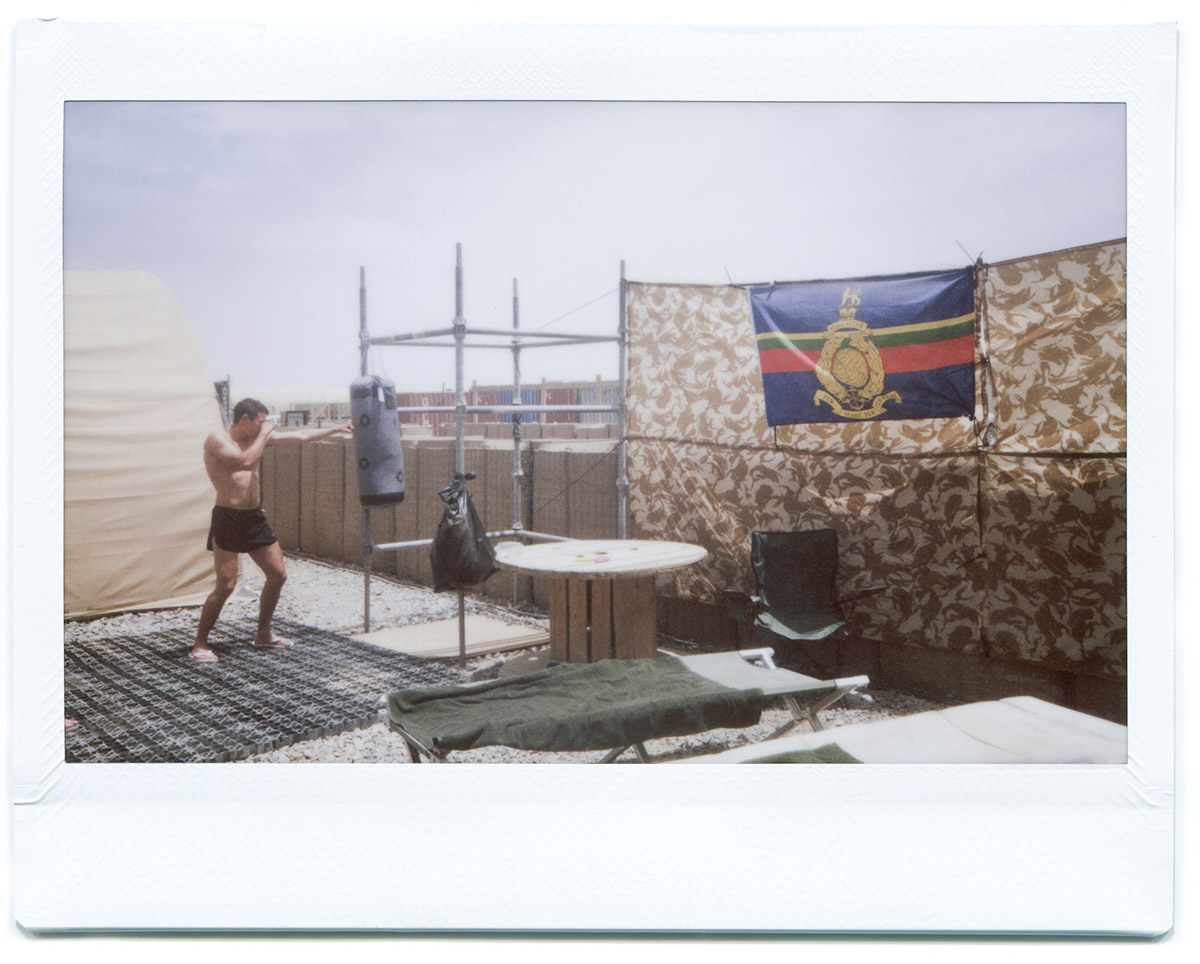 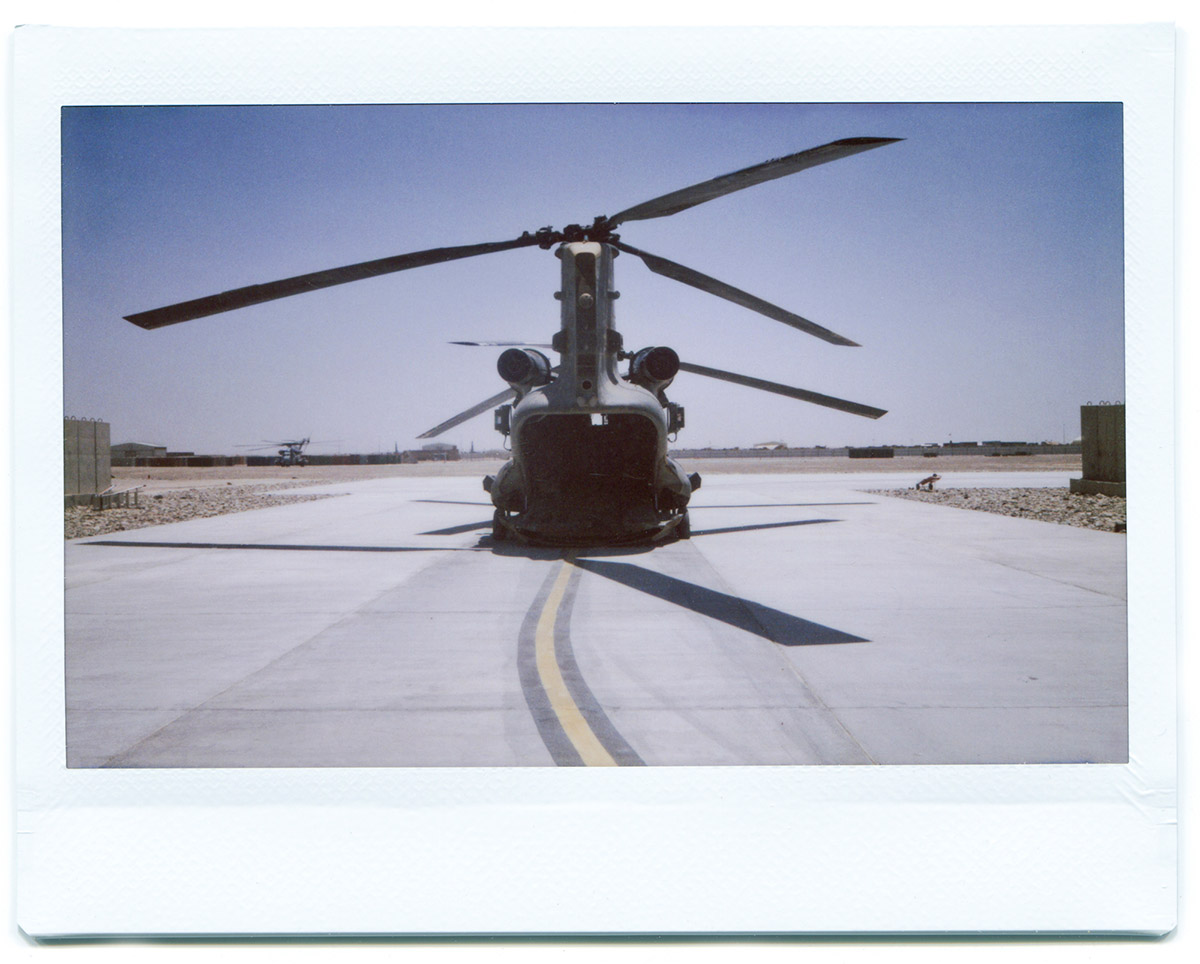 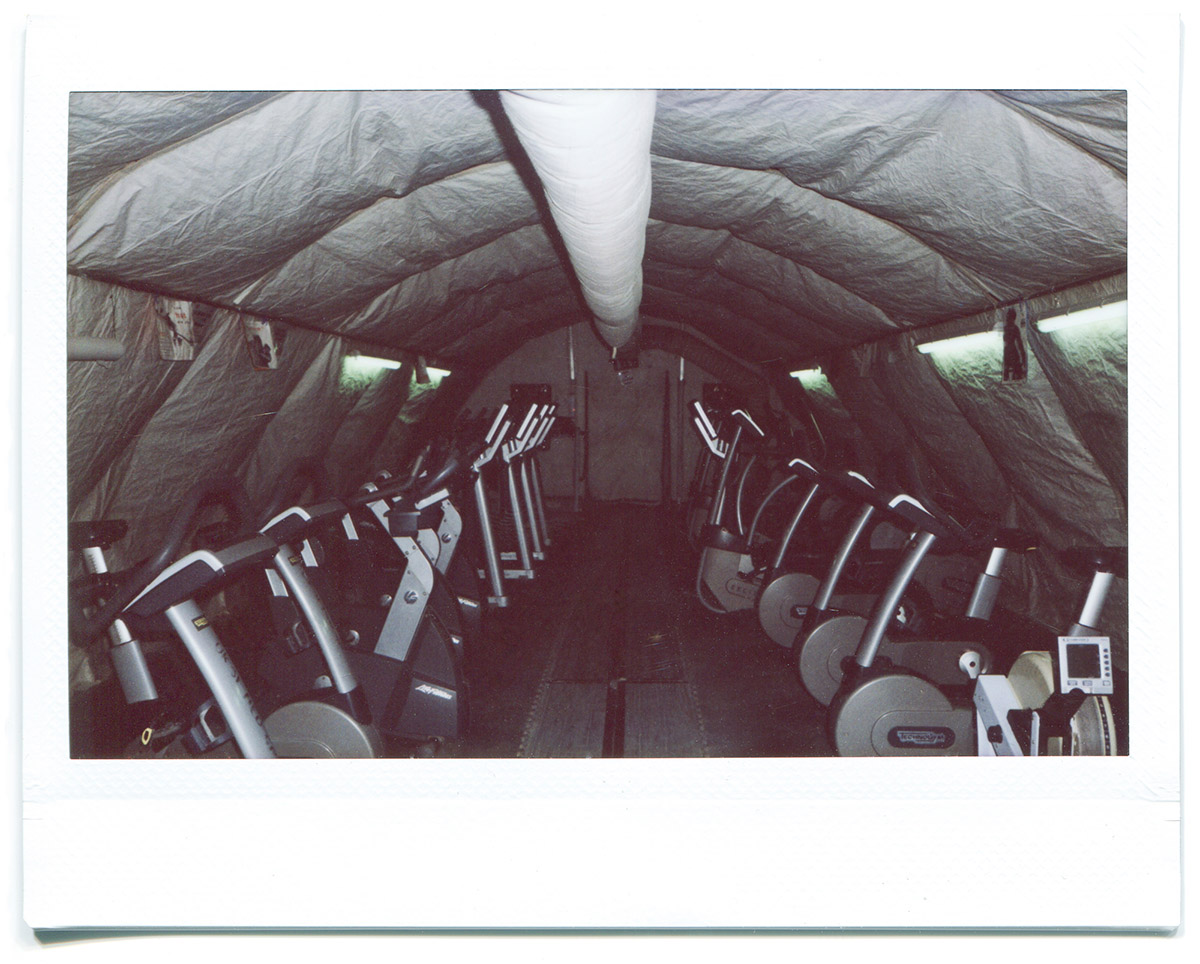 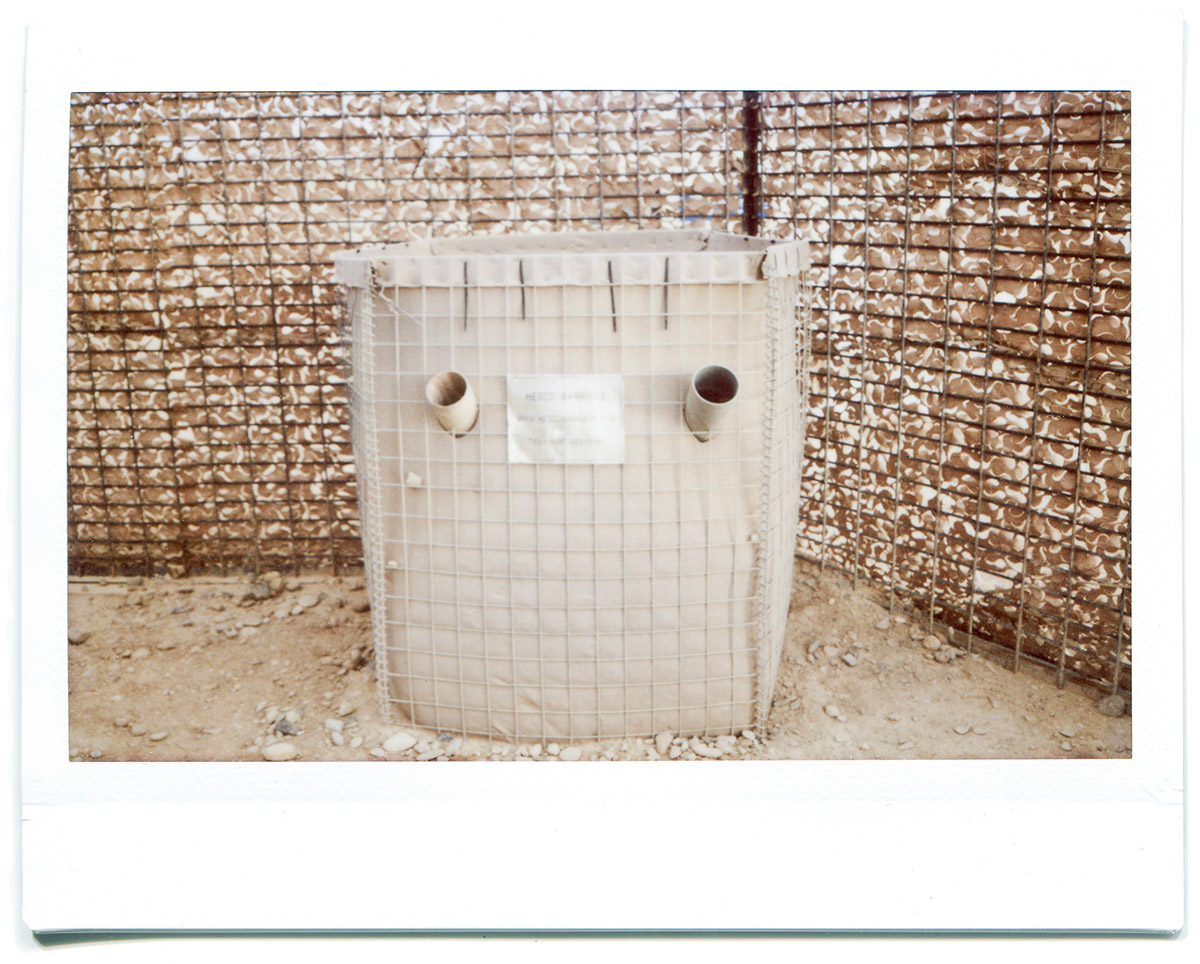 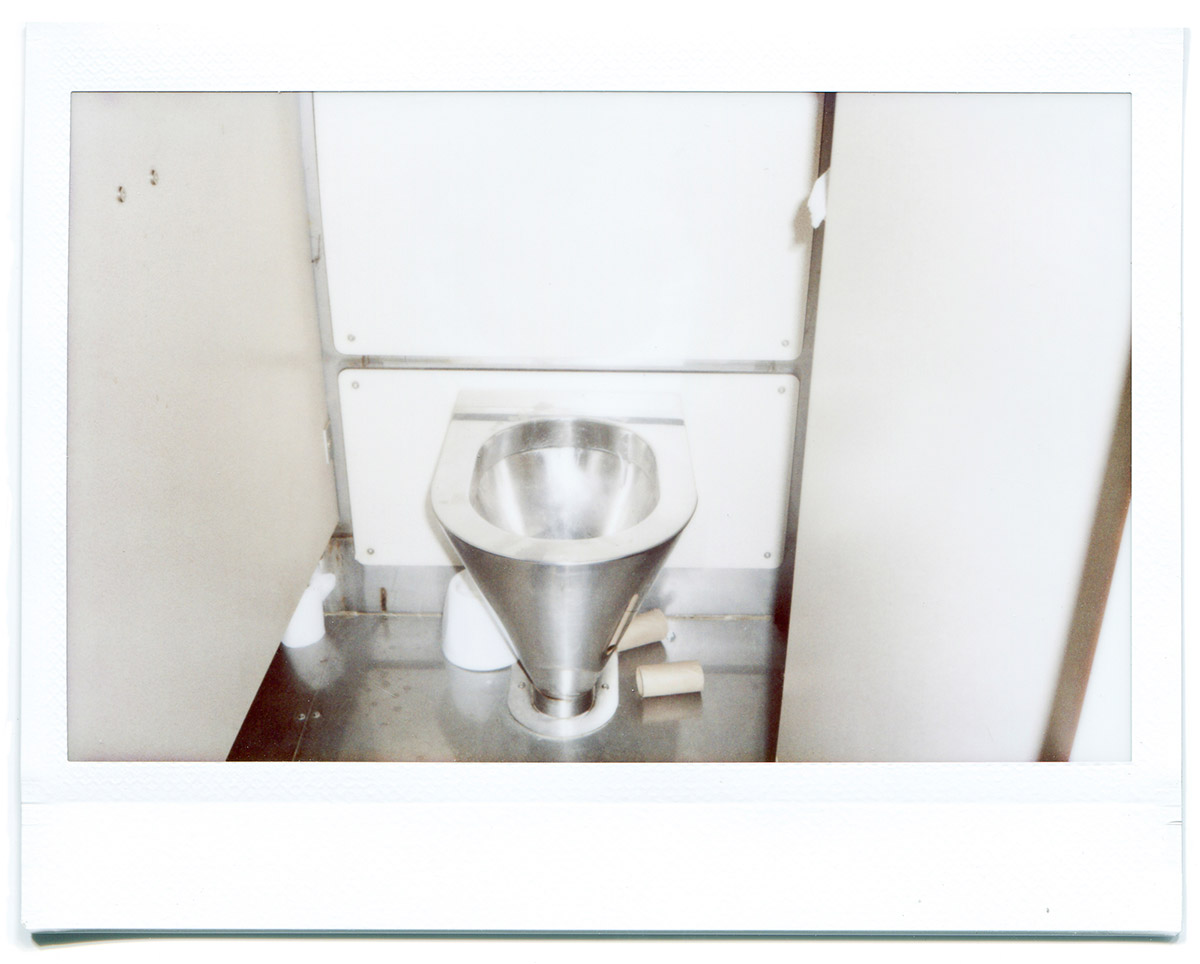 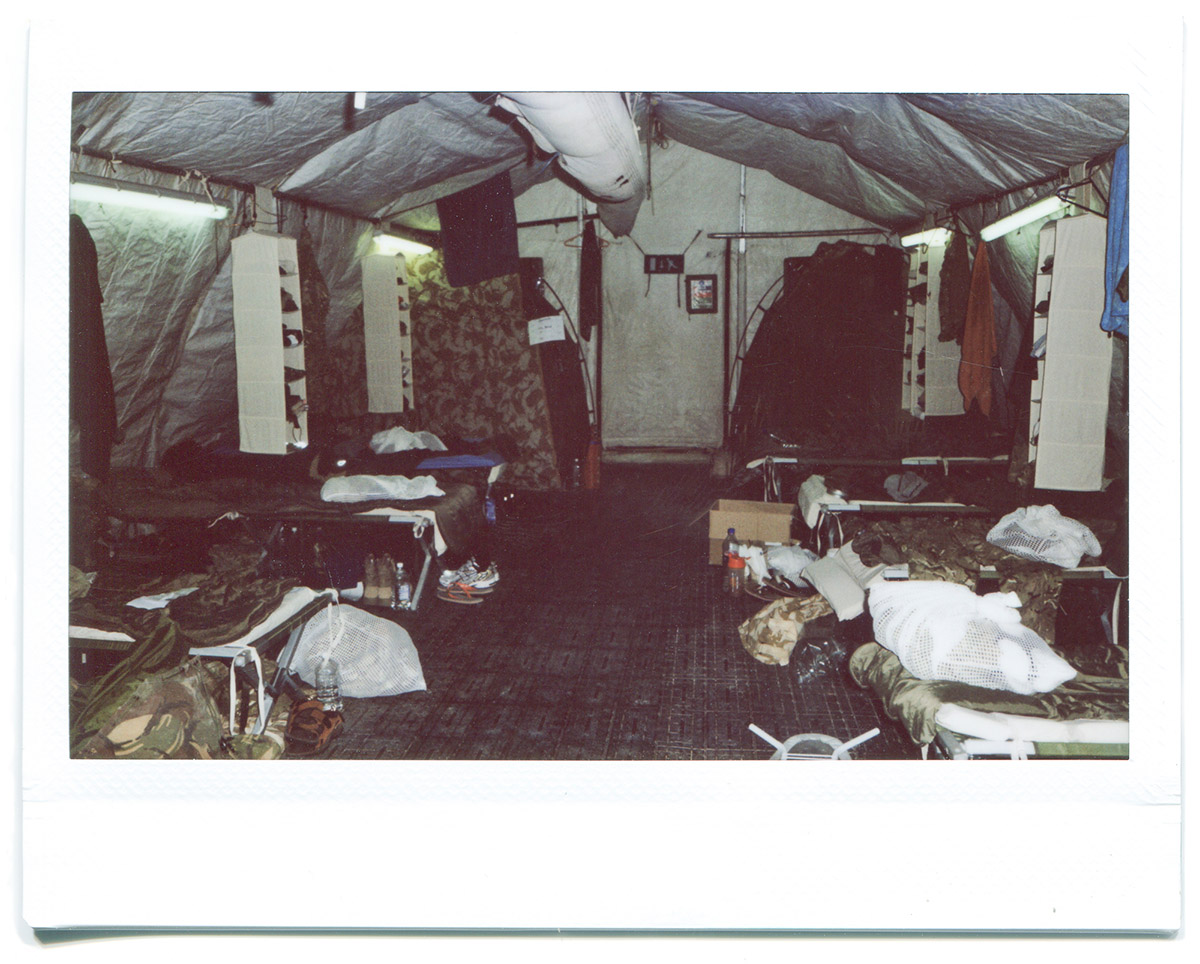 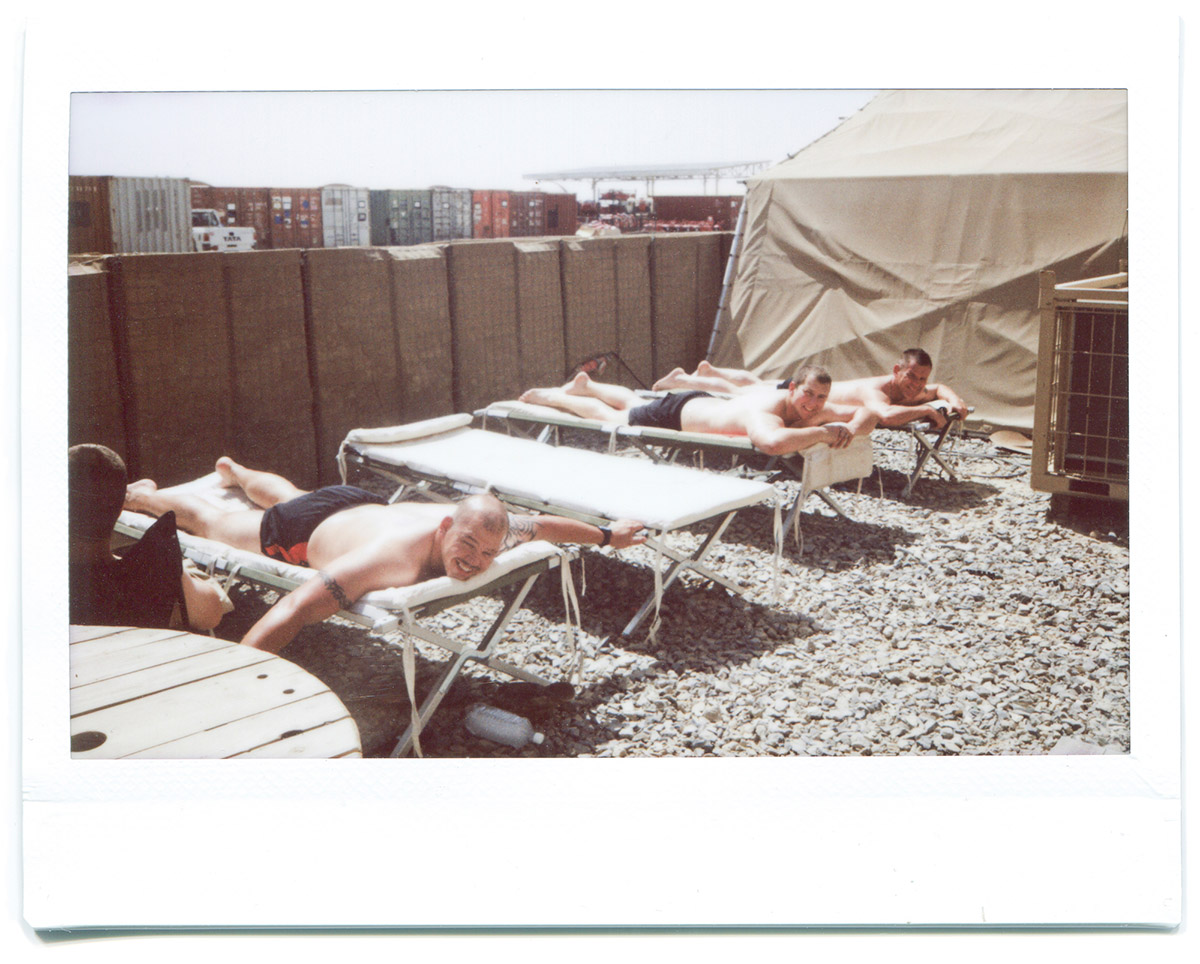 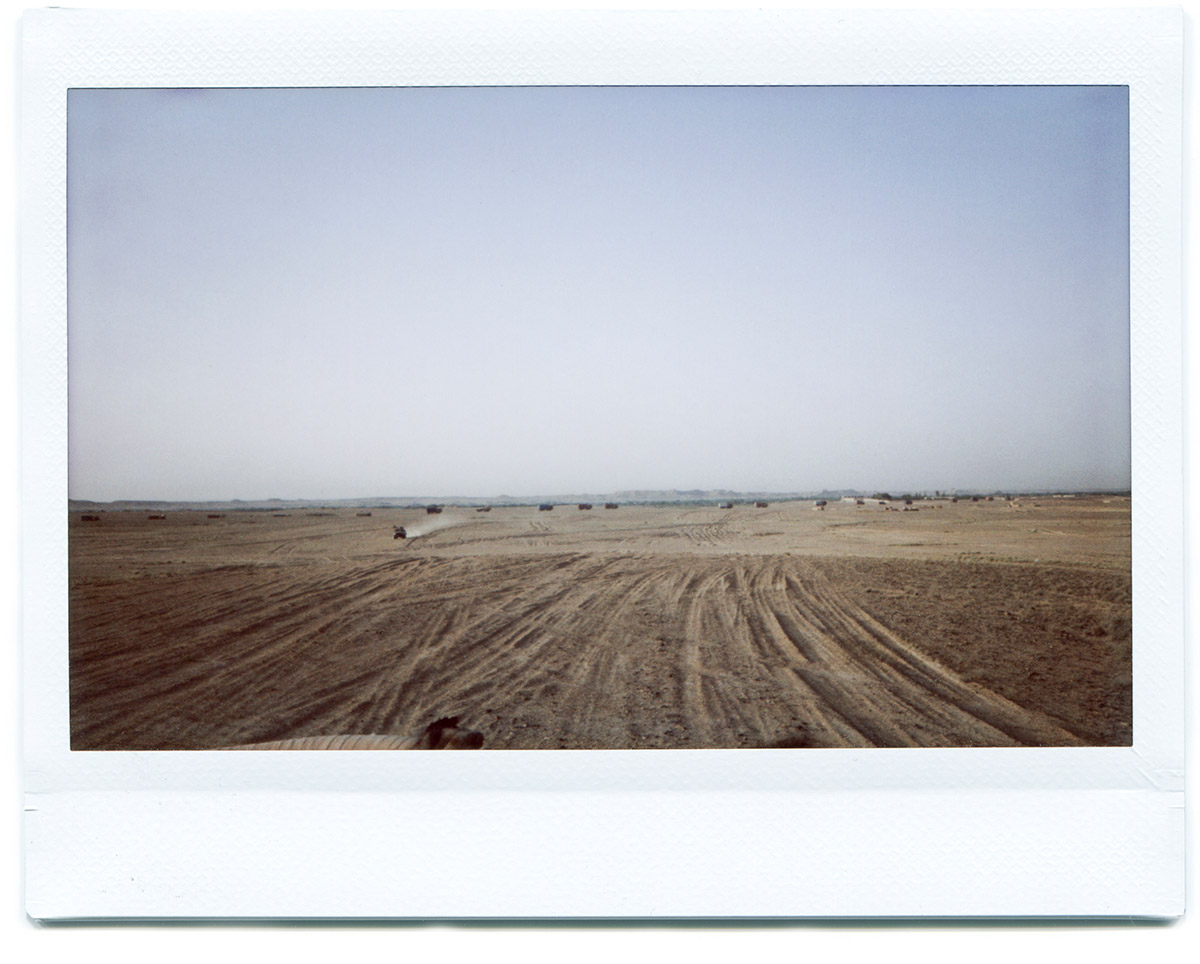