A project by Chiara Spaghetti Kurtovic who was in Rome in 2013 documenting people on their way to the Vatican City.

When reading the news everything looks so dramatic and epic. This time will be the hottest summer we’ll ever experience, or that was the most incredible event of the last century.
Most of the times, it feels wrong.
Take this story. We remember looking at Benedict XIV voluntarily leaving his mandate in 2013 to the next Pope, Francis, while both were still alive. We were also there hearing: “That has never happened before in the whole history” was it? Not really. In 1294, Celestine V left after four months to Boniface VIII.

As far as we can state, history happened again. Is it true now? Indeed. For the second time, we’re witnessing two living popes on earth. This fact made us think about possible meanings of the double – more precisely pair – in photography.
Photographer Chiara Spaghetti Kurtovic was in Rome, documenting people on their way to the Vatican City. This is our story. 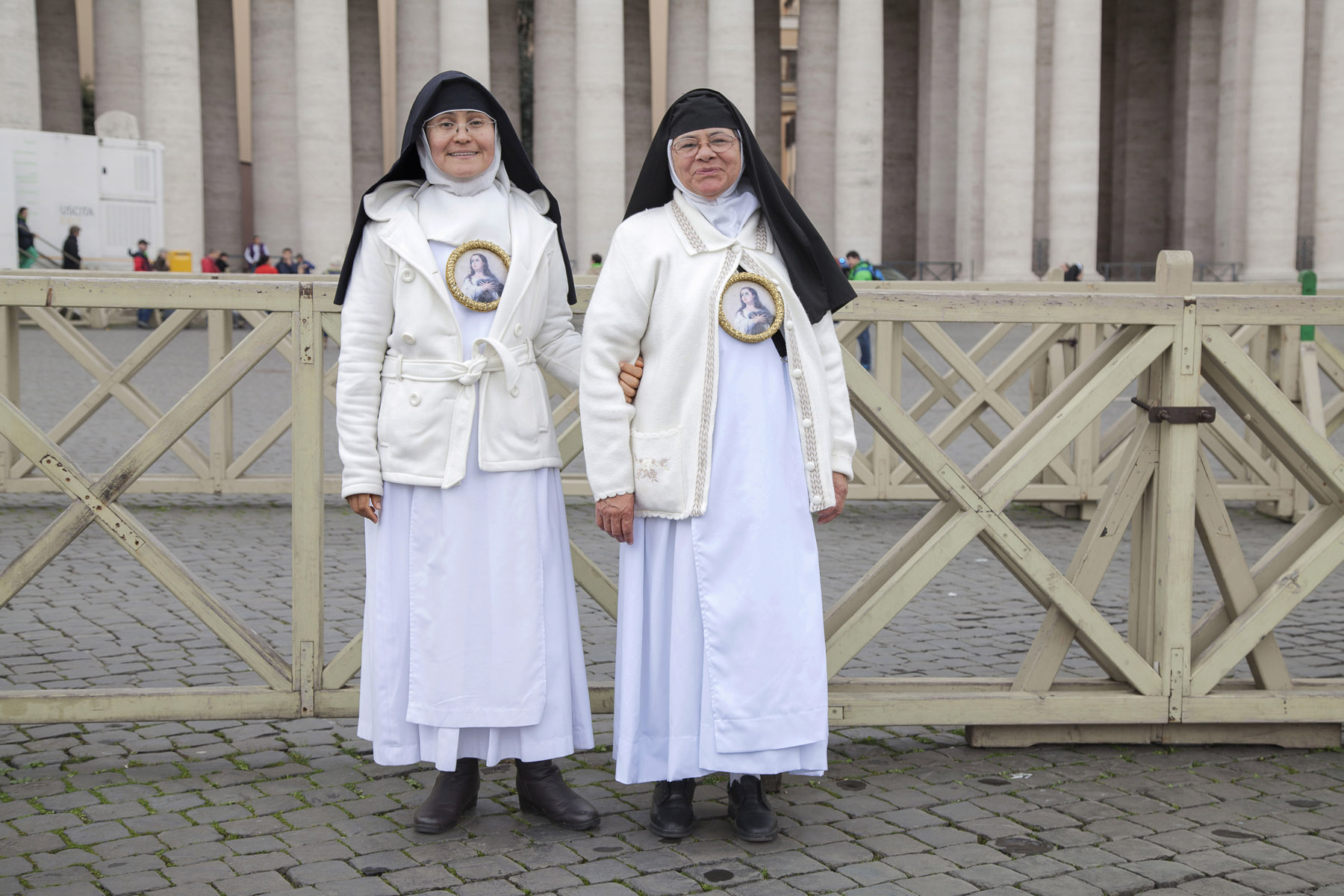 How did you react to our call of working on the Vatican editorial?

The time I first received the offer to work on the theme of the double, it has been told me that the idea came up not only with the number of the magazine issue – we’re at the second release but also because it was happening at the same time in which we have two living popes. The first Ratzinger – resigned but Emeritus, and, the second one Francis- described as “dispassionate charity, forgetful of himself and of his life, devoted to the poorest, at the side of the underprivileged”. 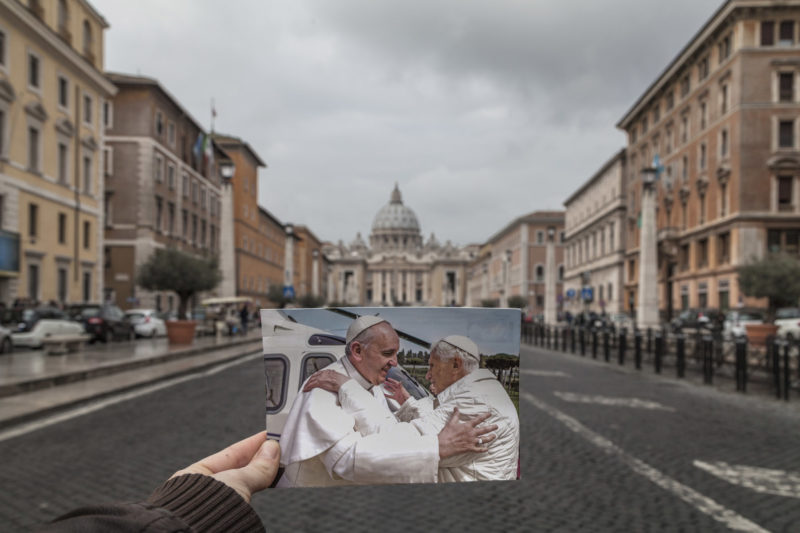 It’s been from the times of the popes and anti-popes that a similar situation didn’t happen. We were aware of famous resignations, who were mostly forced to quit. It Sounds weird that a pope can resign from his role at our times. What remains to the Romans is a series of external impressions about Benedict XVI, who results to be not that pleasant and not too loved either.

I accepted this assignment because there was to find a key to tell the story of an event that calls all the faithful from all over the world, from all the times, a sense to work on and not to lose the point. I passed several Sundays in S. Pietro square for the Angelus I felt the need to narrow the focus of my shooting, to avoid any sort of dispersion. The feeling is that any traces of Pope Benedict XVI wanted to be deleted very quickly. It’s hard to find his own image on postcards, where instead we can still find Pope John XXIII, close to Karol Woityla on the stands full of gadgets.

The face of Pope Frances is everywhere.

Talking to the people, you can notice some kind of intolerance for those few images, gadgets and every kind of material representing Ratzinger. There’s someone who doesn’t even want to say his name. Were in the middle of the Jubilee year and, also from that point view, you can notice a widespread disappointed feeling. Everything is toned down, if you compare it to the great event of 2001. 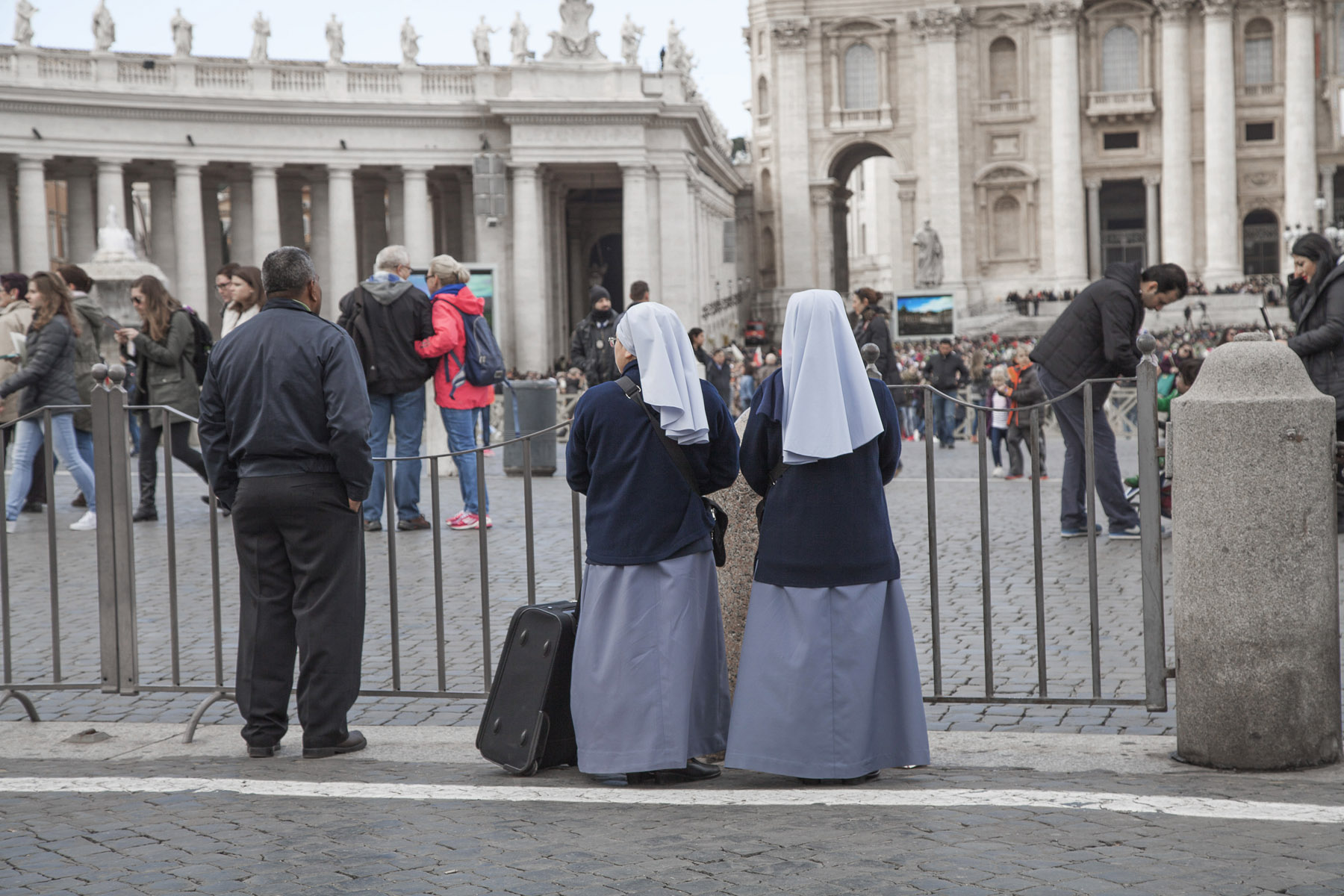 Some facts, instead, don’t quite change. The traffic is always there, the chaos of Rome, construction works around the streets of the city are always the same hampering the road conditions, and the tourists presence stays the same for the whole year. Nothing
quite special.

But this is the pope ‘we like, as the public opinion says

This story is featured on C41 ISSUE 2 Pair.