The overwhelming power of objective beauty.

Every day we have the chance to stand in front of pure objective beauty, it is only a matter of being ready to grasp it.
Observing the simple details over someone’s face can unveil a whole story behind it.
Throughout our eyes, we are hit by its overwhelming power.

I don’t feed you, so you consume yourself. I don’t offer you any thoughts, so you eat your mind up thinking. You know it’s not your real skin, right? With your hand gently digging into your mouth, you reach way down to your soul, as far as you can’t, then grab the inner sheath and pull out. It is certainly not your final skin either. Haven’t you always believed that our bodies would do all they’re capable of to eventually look the way they should? Wait for the scars. I take a photo of you. I thereby inappropriately sentence you to eternity. A decaying creature. A pair of loosely fitted eyes. Some brittle bones steadily falling apart as they maintain the desired frame. A crack in the right place. You wittily camouflage the other cracks with haute couture. Pretty is exhausting to perpetuate. You’ve surrendered three autumns ago. No promise of beauty to hold onto. Only compromised years. Don’t break now. Looking at you, probably the most exquisite form of self-destruction, I acknowledge the struggle. You had imagined a day when you’d quietly put on your brown leather jacket, go out to meticulously place the sun in the eastern horizon, then wake the world up to a flock of songs and warm latte macchiato. You had dared to dream of a calm life while damned with a face like yours. Break now. It’s raining in Milano. I suppose the sleepless streets will be seen yawning tomorrow. All the colors you are inside have not been invented yet. You’re aware that you sometimes ruined yourself to fix them. You’re aware that you often lost your mind trying to understand theirs. Don’t put on those yellow boots. They don’t flatter your elbows. Is this an analogue? You’re not wearing a suitable smile. Sometimes you miss it senselessly and you just want to be touched by it the way certain waters want to be swam in, the way certain flowers want to be smelled, the way certain words want to be read. Where’s the flashlight? Your instincts are upsetting your plans. Try to relax that tiny muscle. 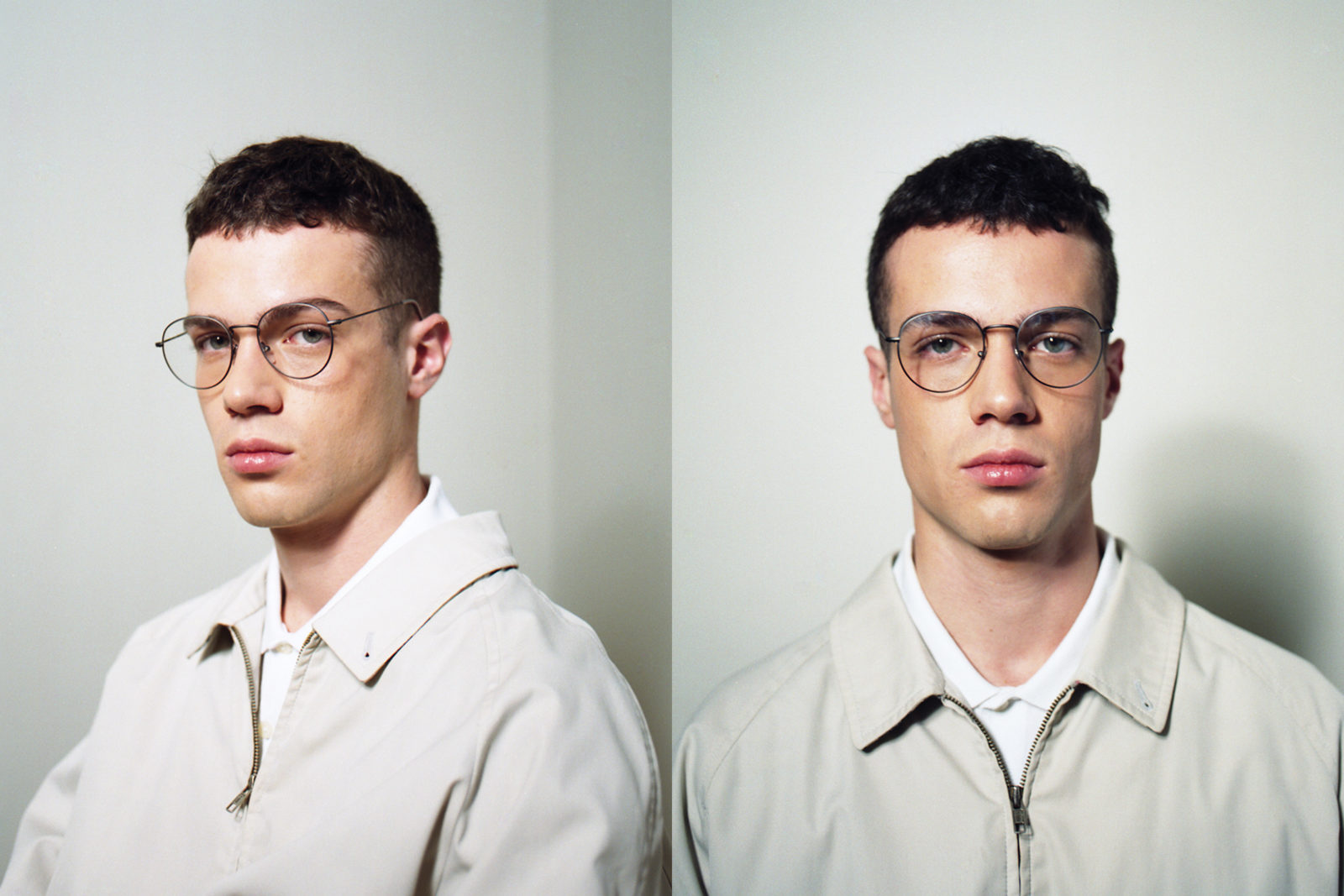 In this same body, you have witnessed innumerably different things day after day. Your wardrobe was limited, but the world in which you strode seemed to yet extend ahead boundlessly. Yes, believe it. You were very human while getting to understand everything that is not. As far as the camera is concerned, beauty means stillness. It expires within a breath. It disintegrates if your heart flutters. You keep all the sweet words you have ever been told tidied like perfumed laundry in the very back of your memory. After so much damage, not years, you’ve come to believe that exterior beauty, without the profundity of a kind core, is merely decoration. Is it in the deep that you could only be found? The nightingales are strangely mute. Every time I see you, you look more beautiful. You keep pondering over our lost serotinal confessions, what we couldn’t say to each other. You spent the last two years thundering with passion, with unthinkable devotion, with desperation at times. I find it suspicious that you’re sending me back to your presence. You still despise an inherent part of what makes you appealing: your story.

You don’t want to be narrated. Beating against the timings, against others, against your own heart. Not being sure about anything. Flowing through existence uncensored. Unlawfully tempting. A hesitant finger upon the shooting button. I don’t get it. Burst mode? The photos are too many. Your gaze, ever so fulminant and tender, is the only guaranteed thing other than pain. Defenseless at your sight. Why do you leave this much for the imagination? An awe spared. I heard many flights were cancelled. The air is just too thin. Brisk afternoon. Your curls unleashed. I’m still learning about freedom. A combination of feeble and refined. Hard to tell. Somewhere between miracle and tragedy. What most people look for is validation. It’s not the season yet. You wink at the mirror. Carefully crafted in some womb. You broke something on your way out. The nurses whispered God’s name. You’ve won a genetic lottery. You’re on the run since then. As wild as it gets and as untamed as it may be. It demands attention. The grace by which you condone yourself in public. You identify the essential and eliminate the rest. You’re young. Unaware of the debts you owe to time. Dependent on how they perceive you. That one occasion you didn’t roll back your sleeves. You relentlessly study how to perform masculinity. Highlight the jawline. Give them precisely what they think is worthy of admiration. You’re aware that they’d always look at you in comparison to others. You need to outperform, to prevail, to commit a fashion genocide if necessary.

These features are never chiseled enough. You’re panting. I think there could have been a statue of you in Athens.

What is this terrible impression that you’ve been wasting so much of yourself? Something is continuously devoured. Then the orchids blossom. You quiver at the realization that you’d arrive wrinkled and weary. It hits you suddenly that you should have really lived by then. Look at me. It was just something you felt: the urge to merge with the air, to evaporate right where you were and never be seen again. But instead you spent an entire evening blocked, taken by the possibility that you might be actually invisible. Similar things have happened before. This time you feel a whole chunk of you was bitten away and you’re now being challenged to live without it, just like that, incomplete. There’s not a lot of allure in it. You’re still moving past lenses. I’m stuck in this filter. Incredibly stagnant.

The words pale out as they confront your figure.

No space for derivation. I seemingly can’t transform clay into language. Ignore the persistent call for registering in that organ donation program. Keep them all. A rare sense of belonging. A truce with annihilation. Returning to January, to the beginning of observability. The chance to look back at yourself objectively. Try not to judge. You’ll never know how you look like through their eyes. A power you can’t be granted. Your intimate prejudices dissolved. Aren’t all things and circumstances innately impartial? So much is ascribed to them through personal interpretations. Your vivid conscience. Your empathy. Oh, your intuition. Every last shard of it. They say Beirut is lovely in this time of the year. It’s unimaginable how we brainwash ourselves. We are shaped by our thoughts so much that what we think becomes our reality. I want you to be ugly, to be pathologically ugly. The world is no longer the same. A drag queen left you temporarily detached. A disfigured child shifted your existence. You resort to the safety of your reflection in a puddle. It’s still raining in Milano. Only the petrichor is more intense than your cologne. You exhale loudly. It’s as if your skin was about to rupture at some point and make way for all the boiling darkness to seep out. As if beauty was about to leave every single cell in you all at once. It’s not supposed to ever happen. Why so tearful behind the round glasses? Somehow your face can’t sustain itself. A hand is often needed. An arm sometimes. Is that ash blonde? Or is it one of those colors they still didn’t come up with a name for? You too secretly believe that we cannot meet in one photo. The contrast would kill us. Even the soft grunge wouldn’t cover the paradox. You’re not proud of our common conviction. Don’t worry. In a dark room, I wouldn’t recognize you at all.

This stories is featured on C41 ISSUE 7 Bellissimo.