Sextantio and the stones of Matera

A city with an ancient flavour

There are some places in the world that seem to stand still in time. Places that haven’t been consumed by evolution but which have maintained a unique historical charm. Places that let you surprised, you get excited around every corner that hides an incredible story. Places that can speak, that transmit sensations through churches, small streets, interesting characters who live in the city and who rejoice for their historical heritage. By now, with the passing of time and the evolution of the cities, these places are disappearing behind imposing skyscrapers and noisy railways, but there is a small city in the south of Italy that is able to bring us back into the past, in a very ancient past. As the writer Carlo Levi said: whoever sees Matera can’t help but being struck by such significant and touching beauty. 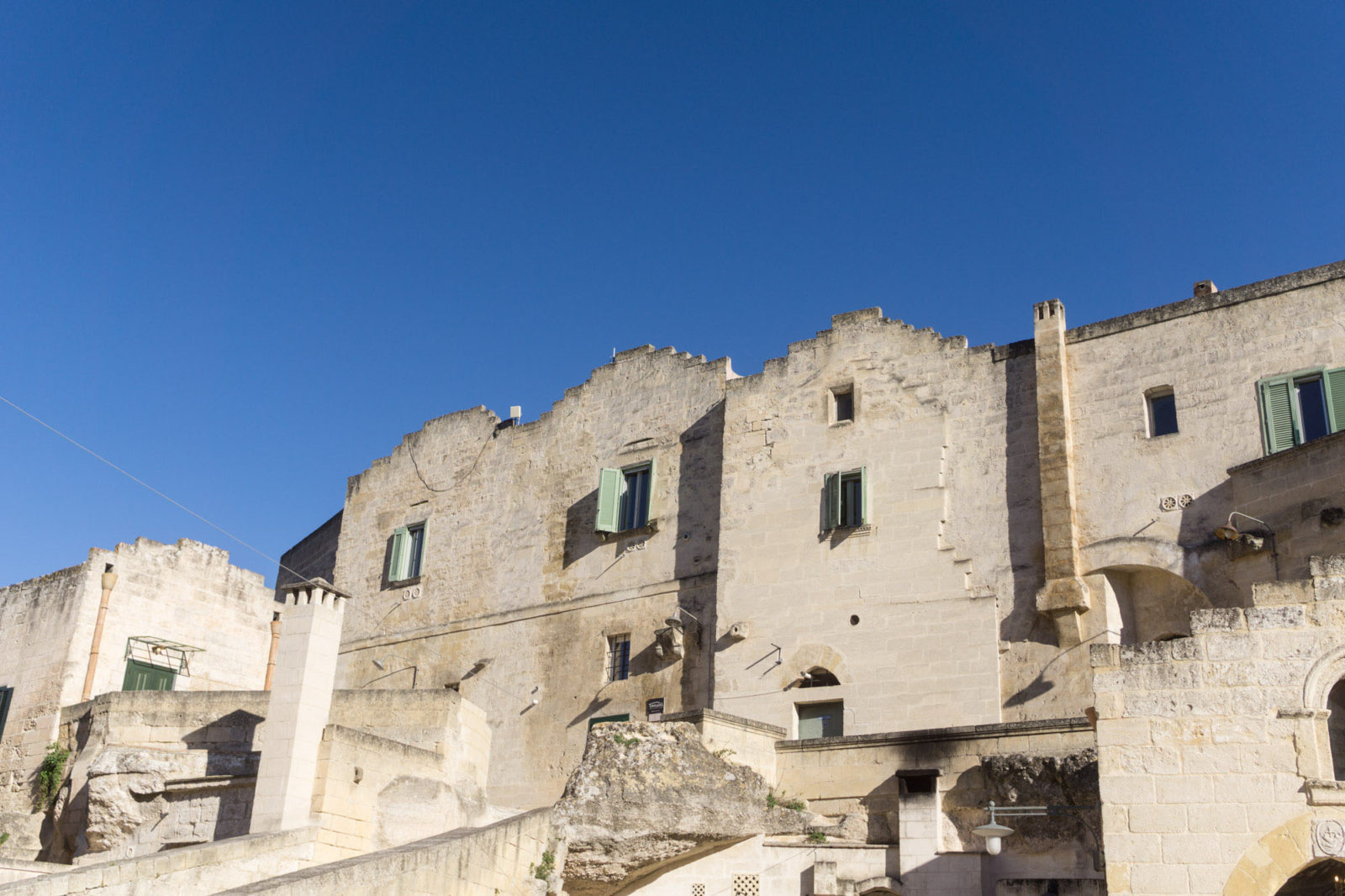 The C41 staff has been hosted in one of the most evocative and picturesque places in Italy, and one of the oldest and most historic places in the world. The city of Matera has an infinite history that you can still breathe in the air, a city built around, even inside, the stones that dominate the landscape. You arrive and you find yourself lost. Turn for hours between irregular alleys with the fear that something can collapse on you. The streets are tangled, a continuous climb and descend through curved and steep stairs and then find yourself in front of a frame on the roof of the world, a cliff on which the sun is reflected.

The days are dominated by a special shimmer thanks to the glare of the sun on the stones while during the morning and late in the night a dense fog dominates that makes the landscape even more suggestive. A city that tells a story full of people, of spirituality, where every corner merges with its stones, with beautiful unique places of art.

Matera enchants, attracts and makes you jump in the past.

The widespread hotel Sextantio Le Grotte della Civita is an enchanted place that is located in the oldest part of the stones. The structure is essentially composed of cliff caves that overlook the improbable overhang of the stones of Matera. Through a key larger than the palm of a hand, the lock of a large, creaking wooden door is unlocked, a door that separates the outside world from the fascinating cave that envelops you and makes you travel. Lit only by crackling candles, the rooms of this unique place make you live an experience of time.

The air is slightly heavy, a humid air but softened by the aroma of fire that gives the room a romantic and picturesque light. The most incredible thing is that when you open the huge wooden door you find yourself overhanging the pebbles that surround you and fill your eyes with wonder.

The breakfast is consumed with classical music in what was once a house that housed about a dozen people and in what was even more anciently was part of a Benedictine monastery.

Everything was left as it was originally found in 2009 when Sextantio started with his project before these caves were abandoned, and the stones of Matera were considered the shame of Italy. In 2009, following the wake of the Sextantio project in Santo Stefano di Sessanio in Abruzzo, 21 old stone dwellings were recovered, where people lived there recreating what was the atmosphere and way of life of the past. 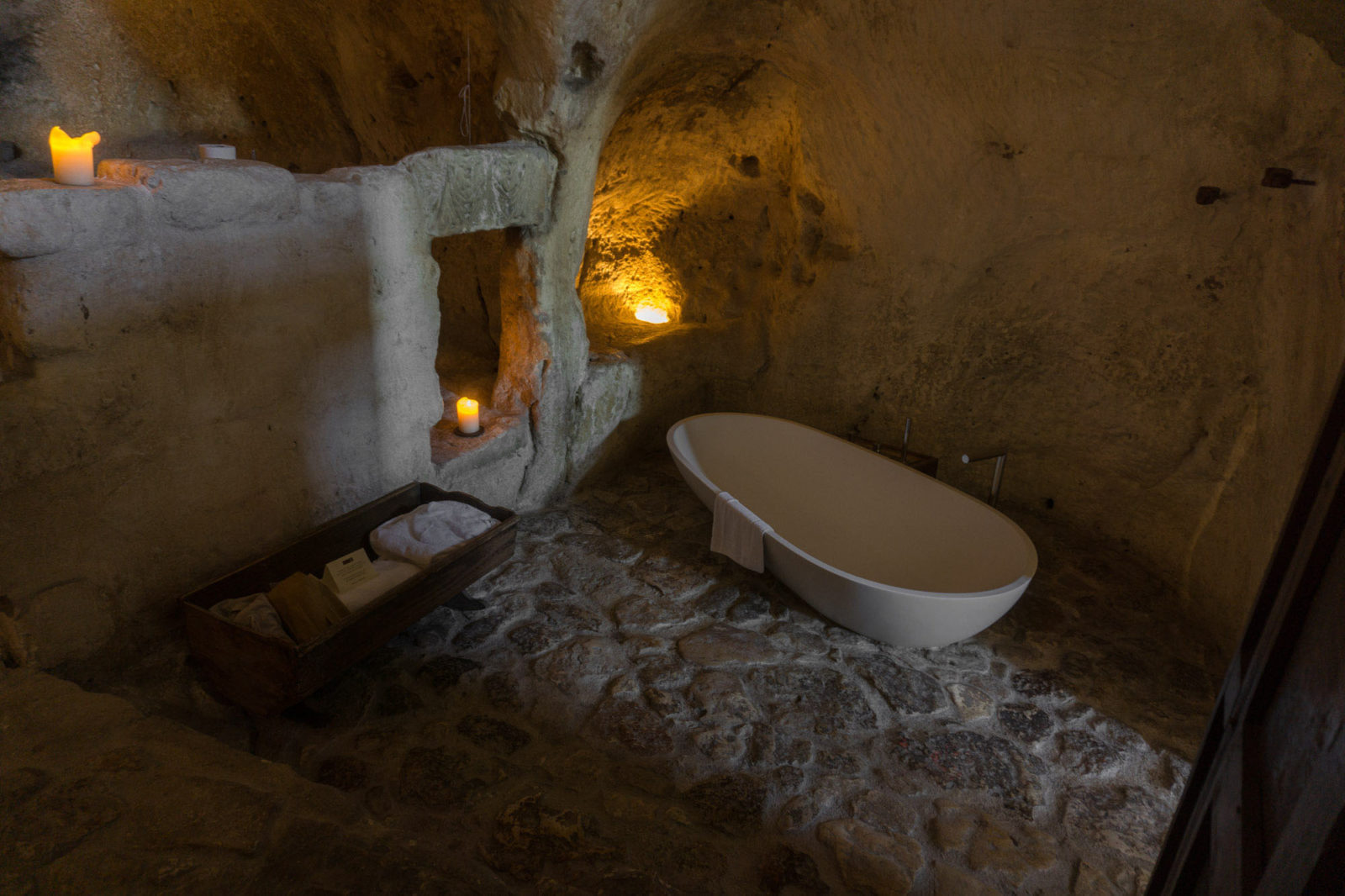 An enveloping atmosphere full of aromas, flavours and memories. A city that in 2019 becomes the capital of culture, a city that has been reborn thanks to its spirit and its history. A structure like that of Sextantio Le Grotte della Civita that is able to make you live an incredibly unique experience.

Matera is a special place where the future has an ancient flavour.