Sophie Barbasch is a New York based photographer. She earned her MFA in photography from the Rhode Island School of Design and her BA in Art and Art History from Brown University. Selected grants and residencies include the Bemis Center for Contemporary Arts, the Blue Mountain Center, and a Fulbright Fellowship to Brazil.

Tornado Season is a portrait of the city of Peoria, Illinois. As a native New Yorker, the Midwest is new territory for me. I am compelled by the contrast between flat land and dramatic, destructive tornadoes. I make allusions to this contrast between calm and storm, or stillness and motion, through photographs of people suspended midair on dizzying carnival rides, cars with broken windshields, and barns that have lost their walls in the wind.

I imbue my images with a sense of contradiction by photographing objects out of place (as with the traffic light in the middle of the cornfield) or people in strange circumstances (as in the couple in costume praying in public). I pay particular attention to body language: the way a beauty queen salutes as if leading troops, or how a woman kneels to polish shoes. I notice what is missing, or obscured: the bikini-clad statue is supposed to be holding something, like the statue of liberty, but her hand is empty. Girls look through a telescope pointed at the blank white sky. A Mennonite girl’s face is hidden behind the curtain of her hair. Each image depicts what is in front of the lens while also suggesting questions and stories outside of the frame; small gestures allude to a way of being in the world. 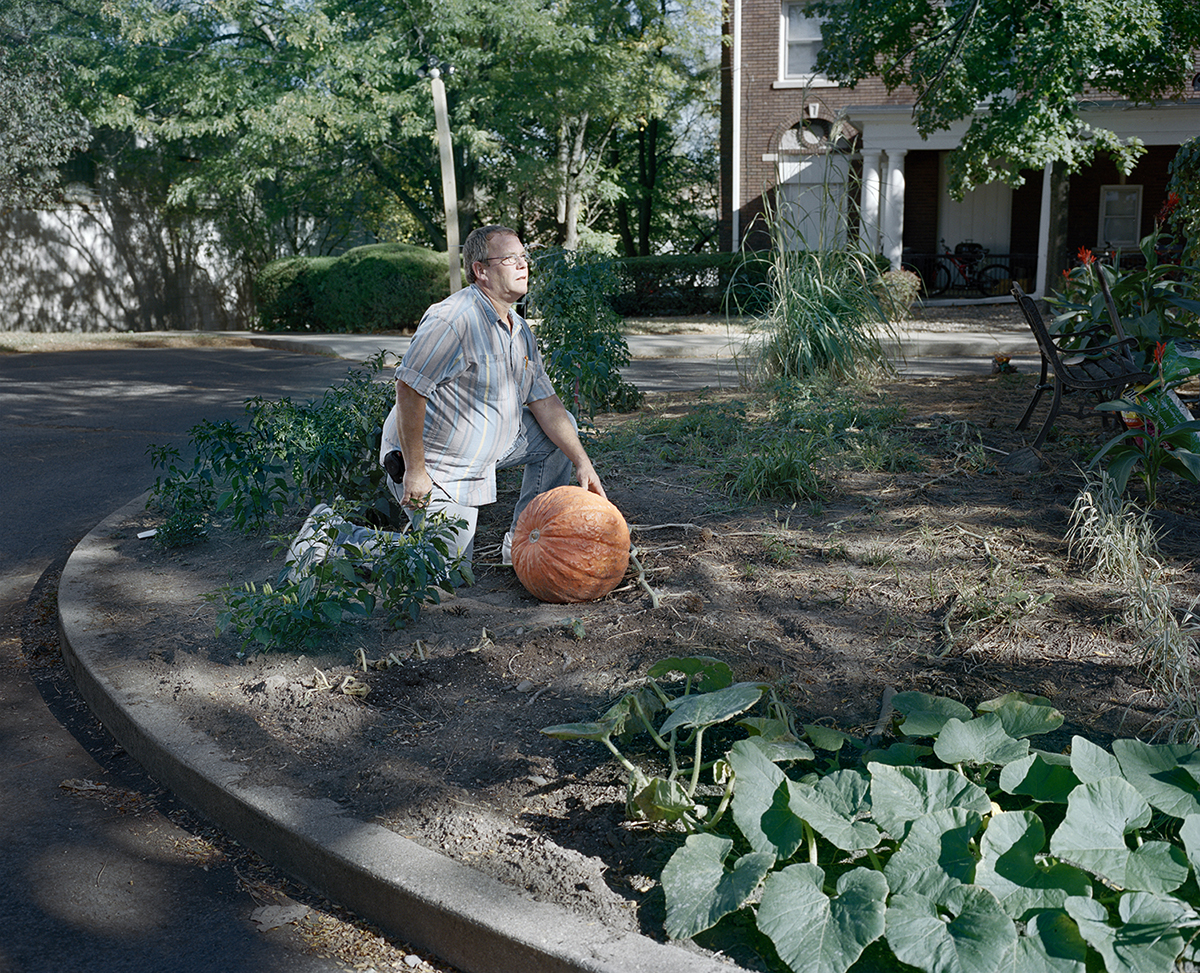 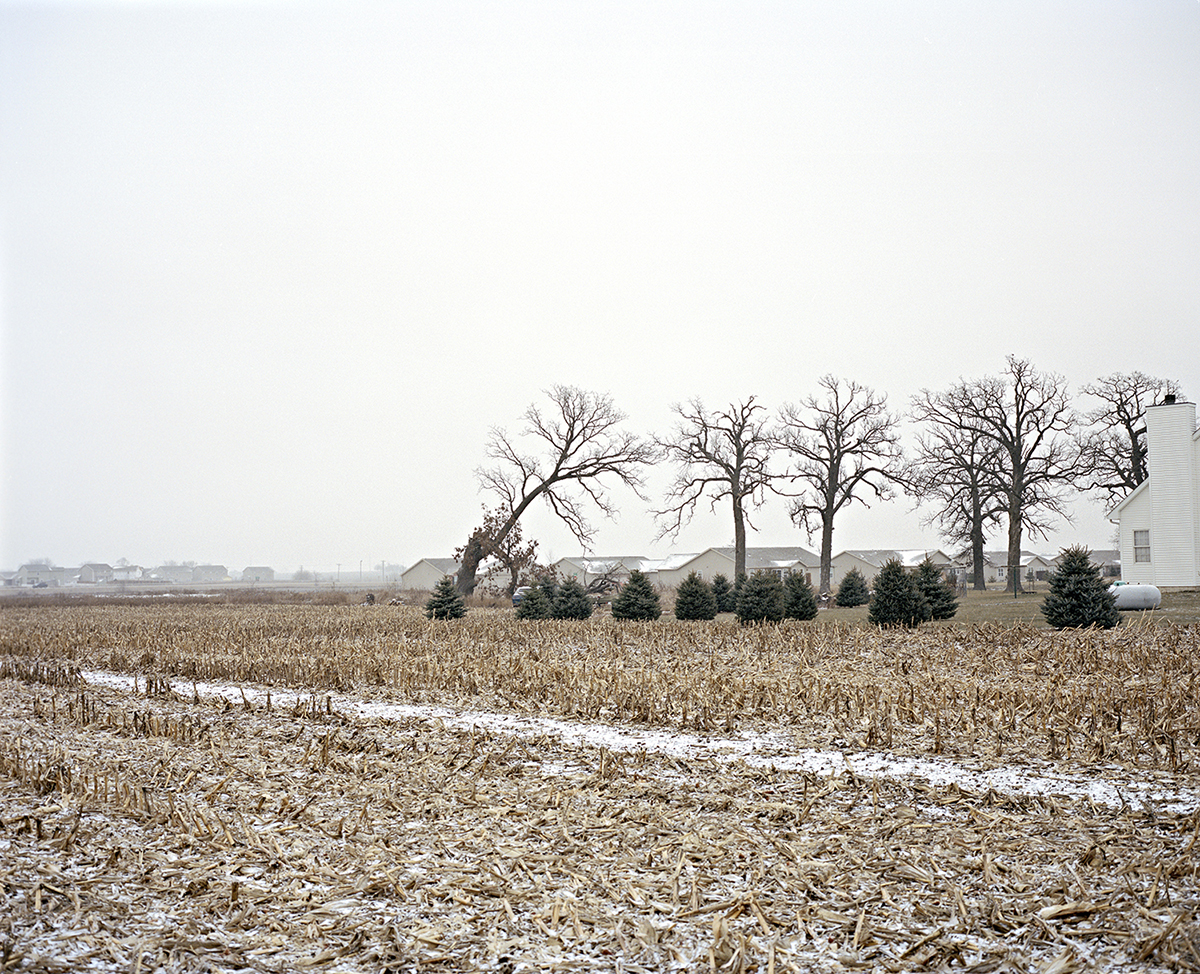 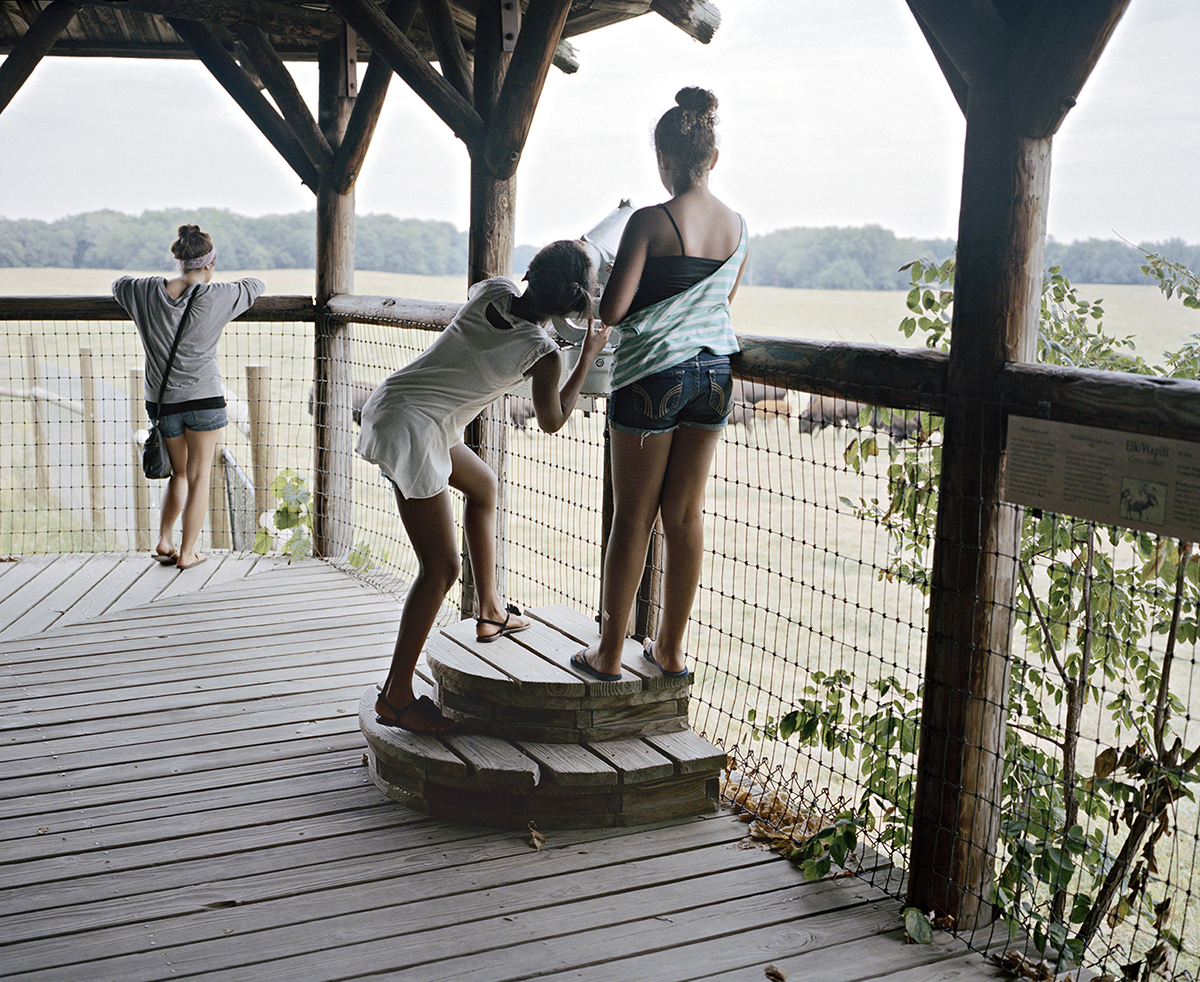 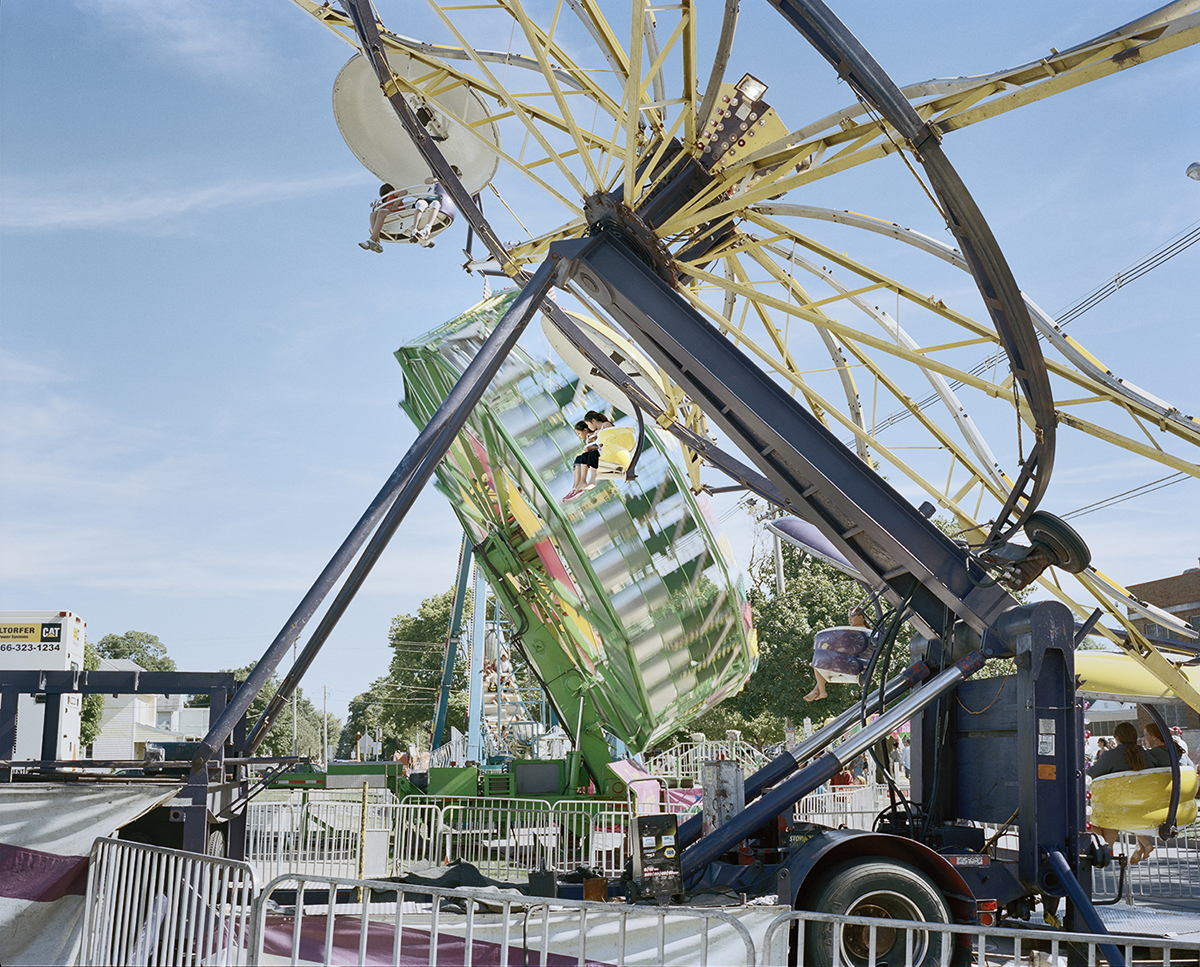 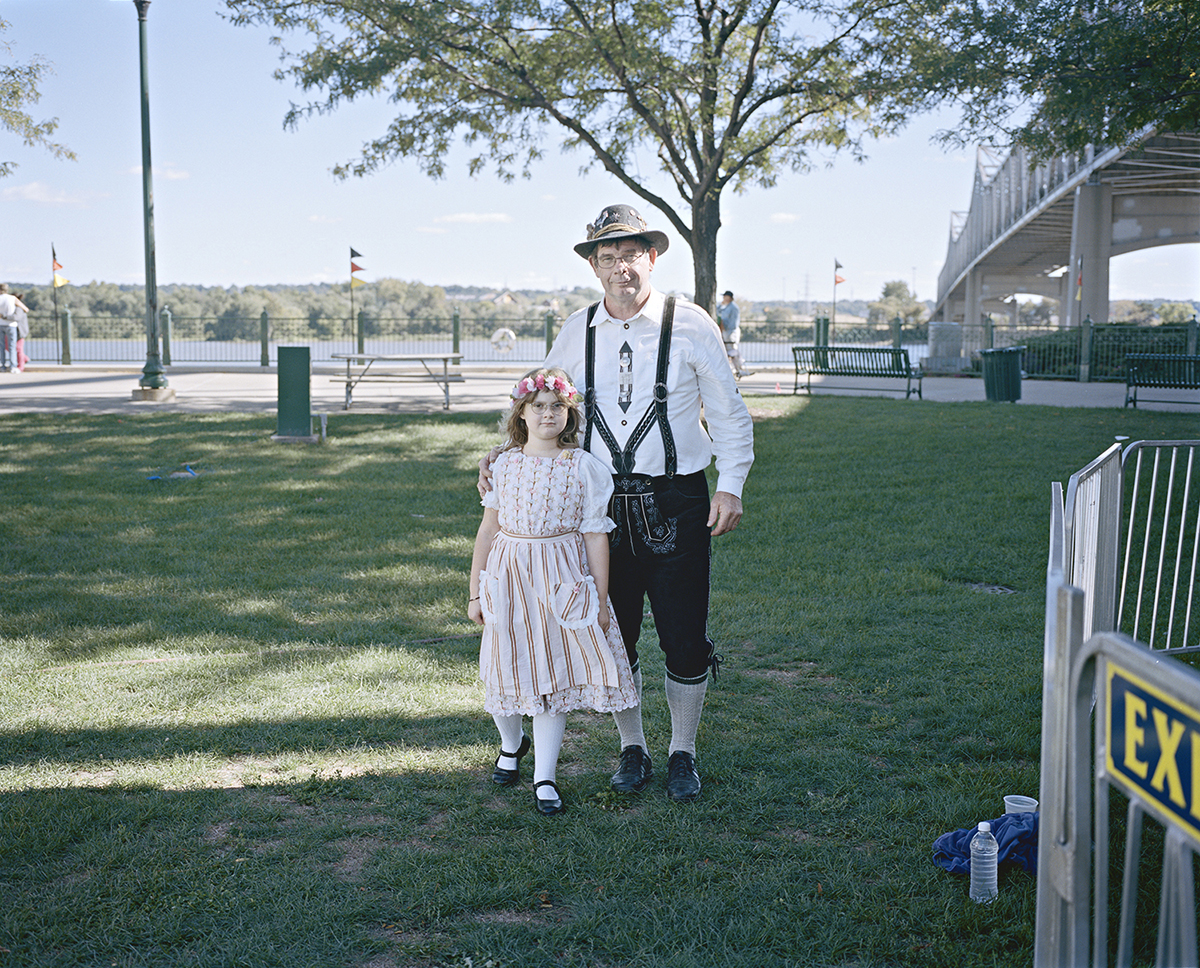 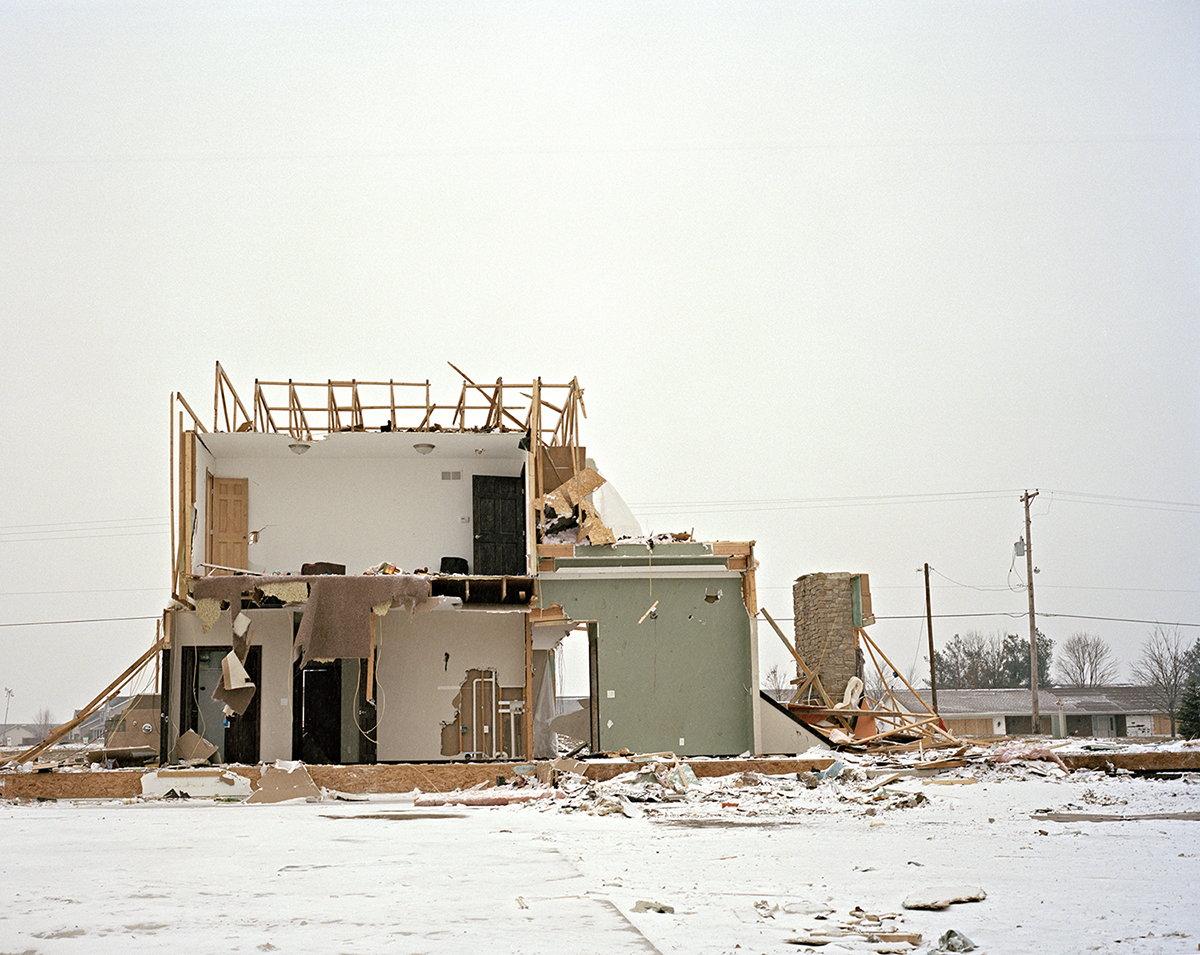 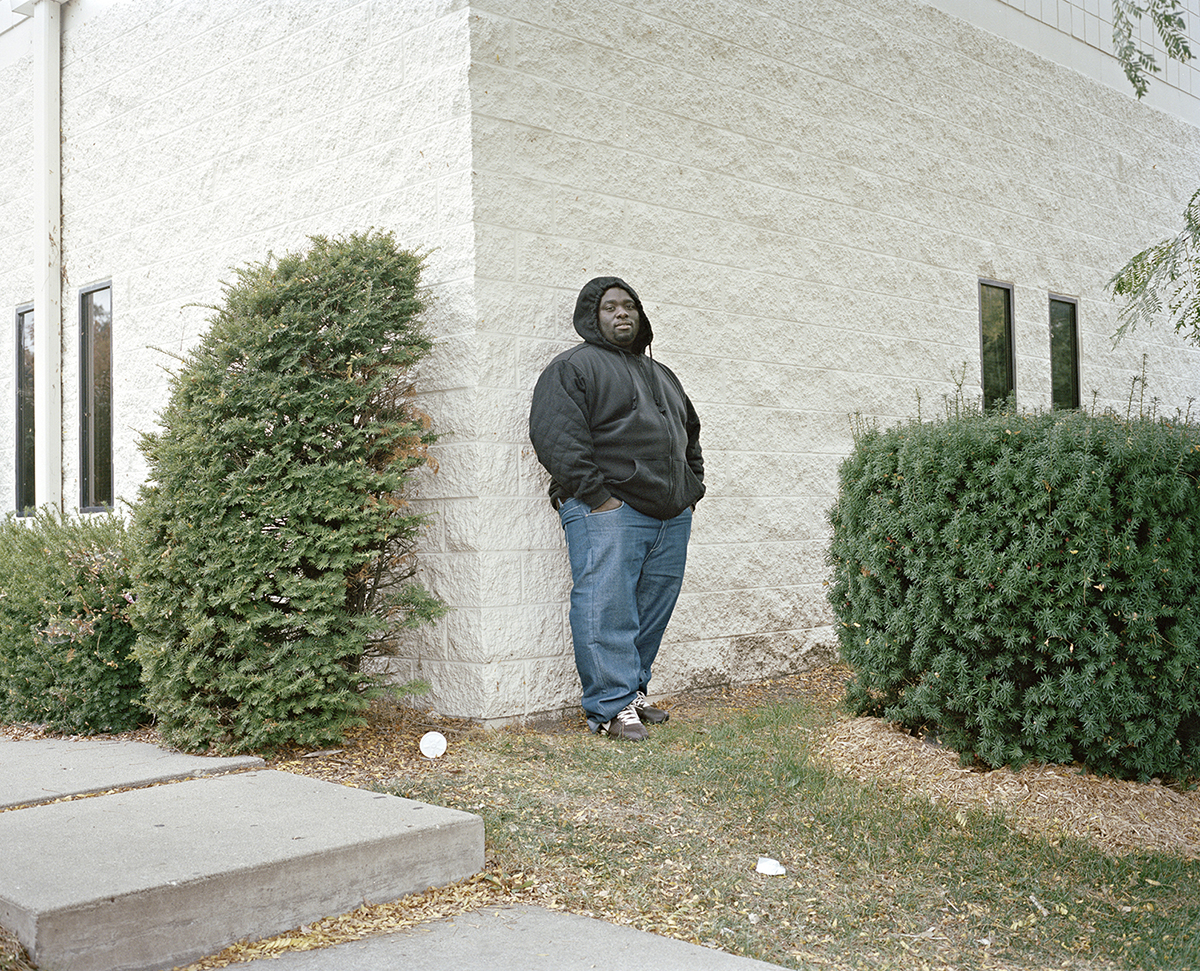 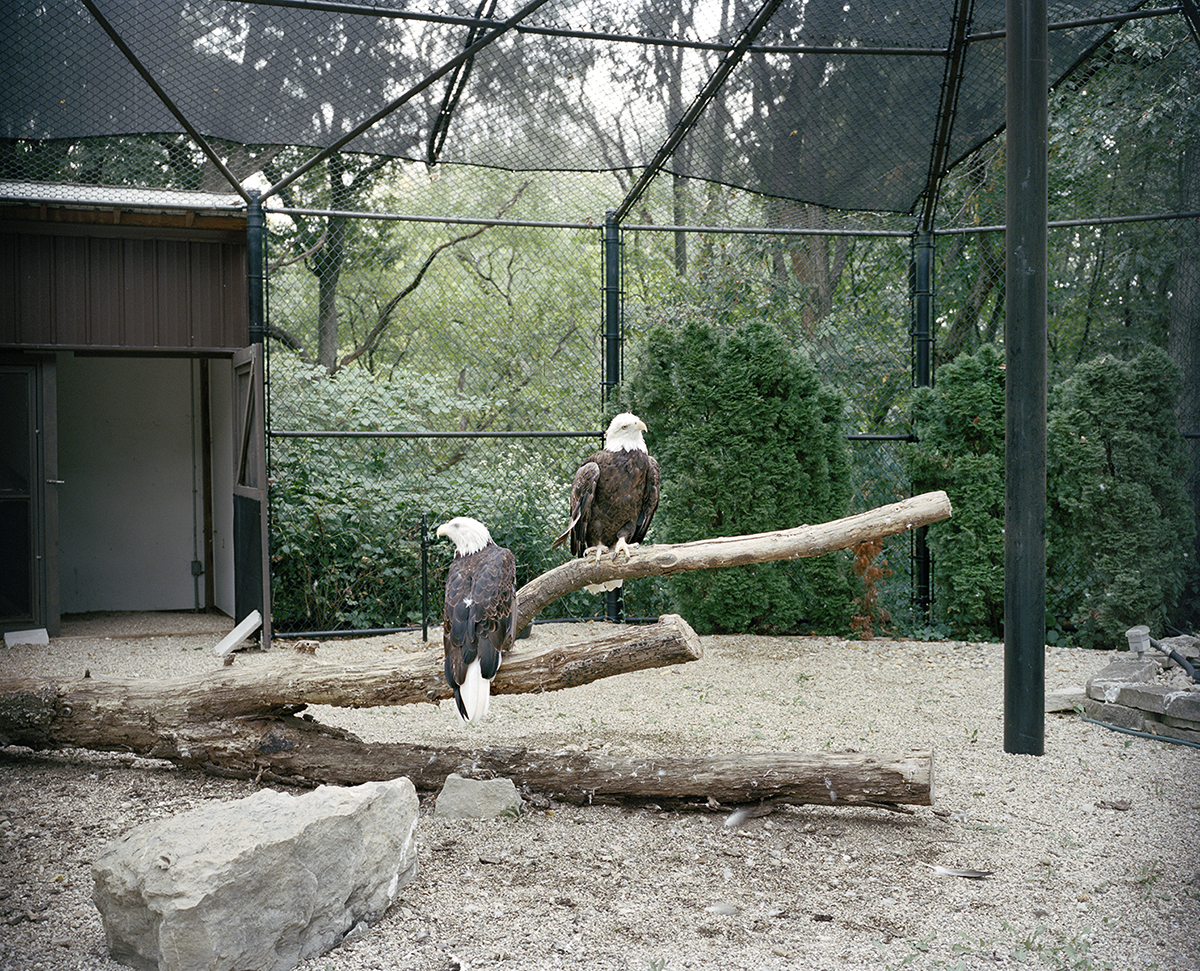 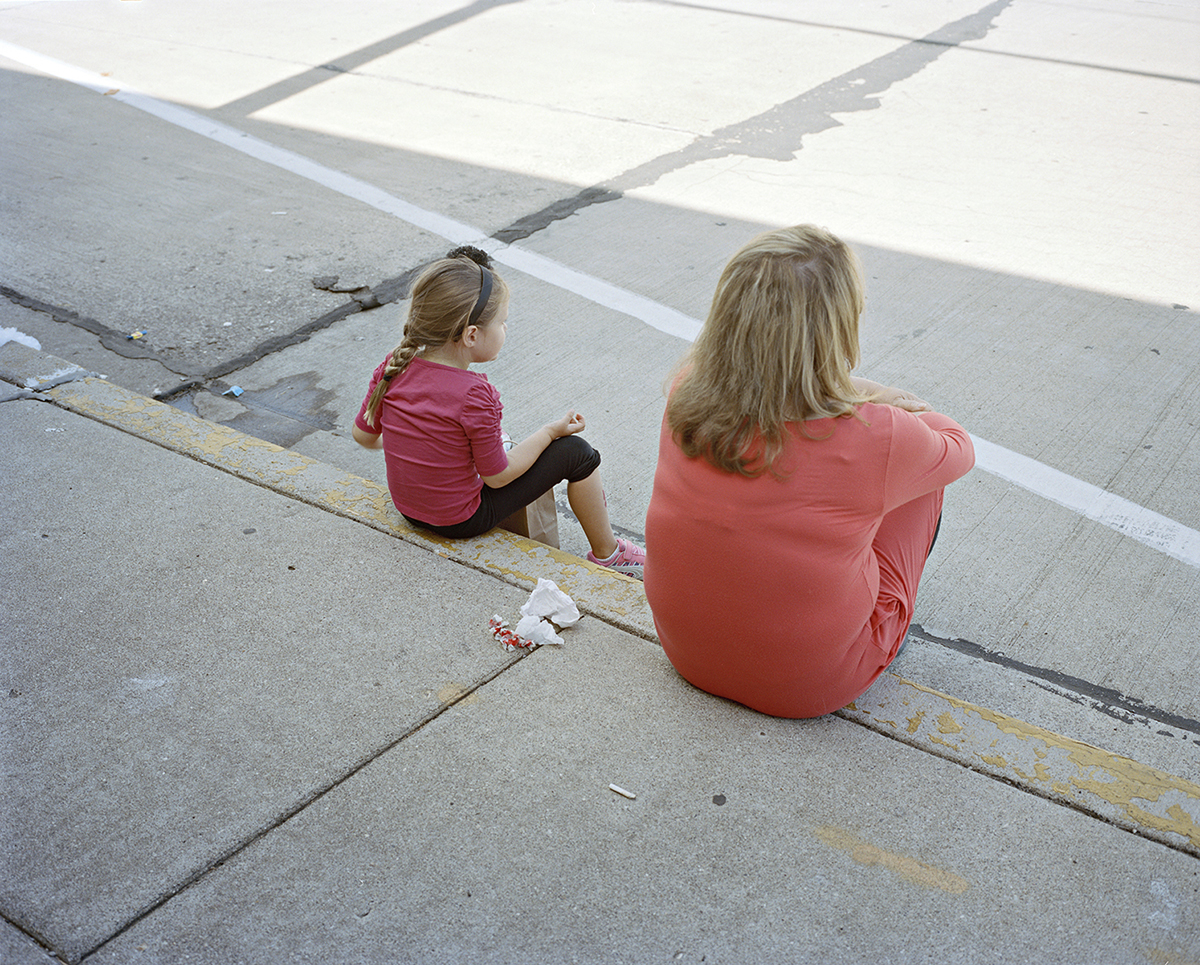 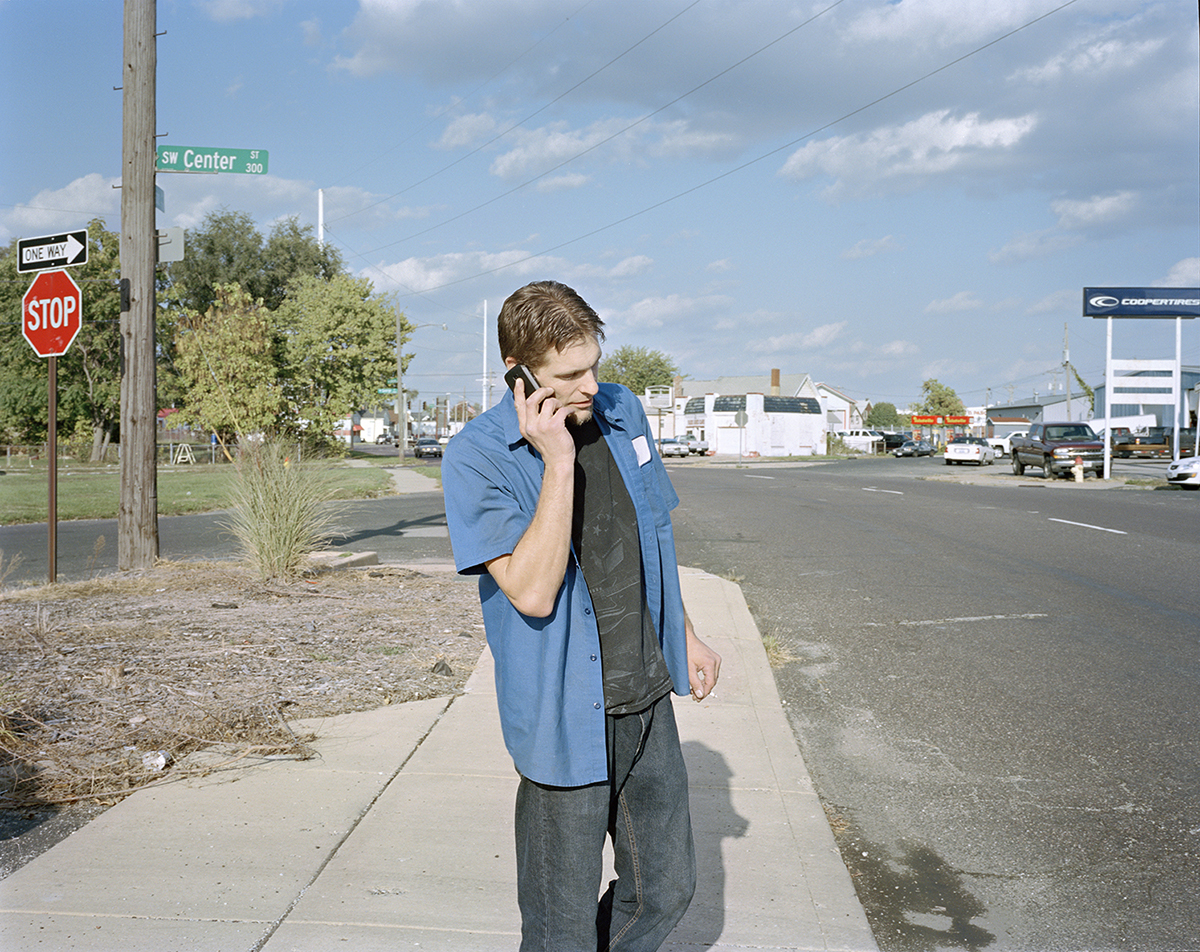 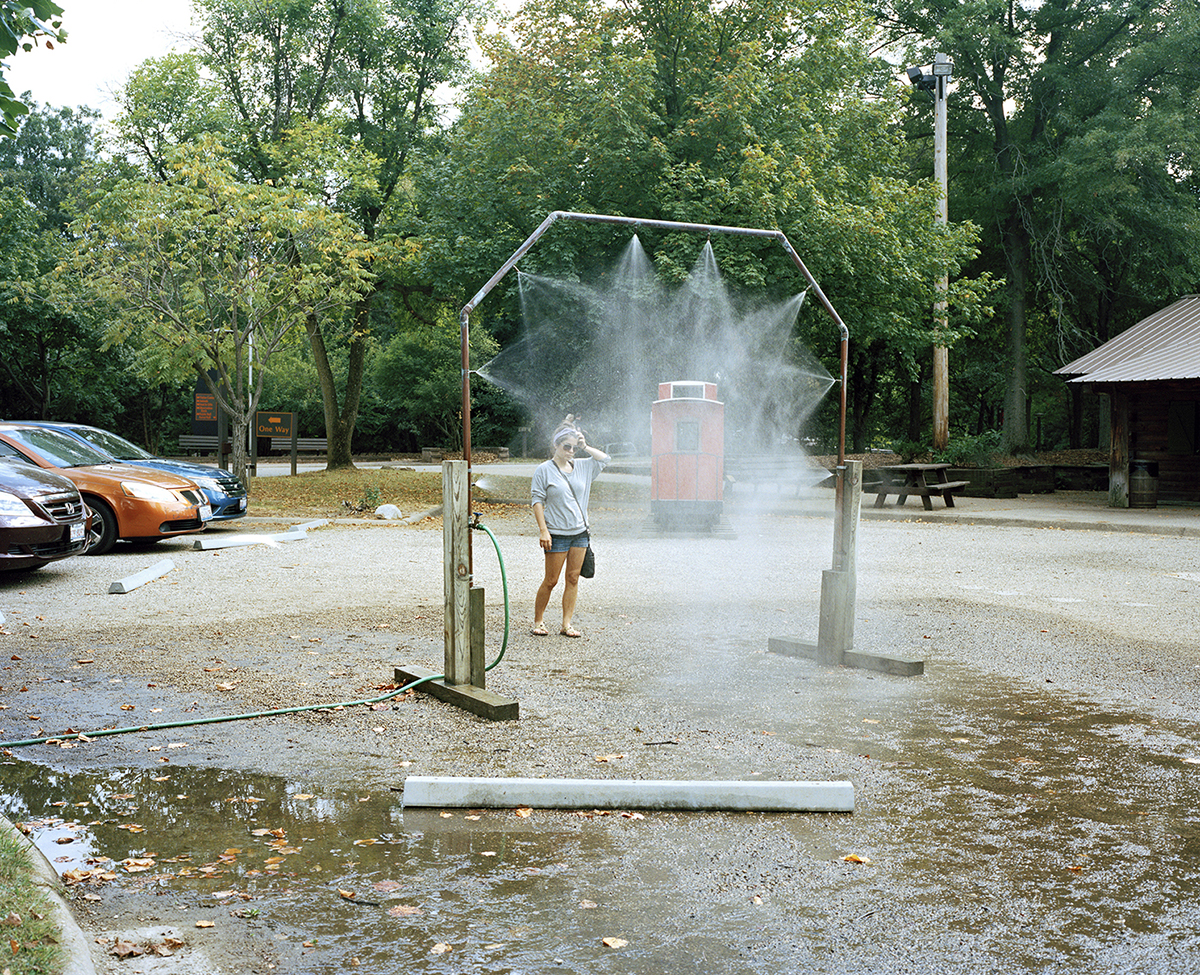 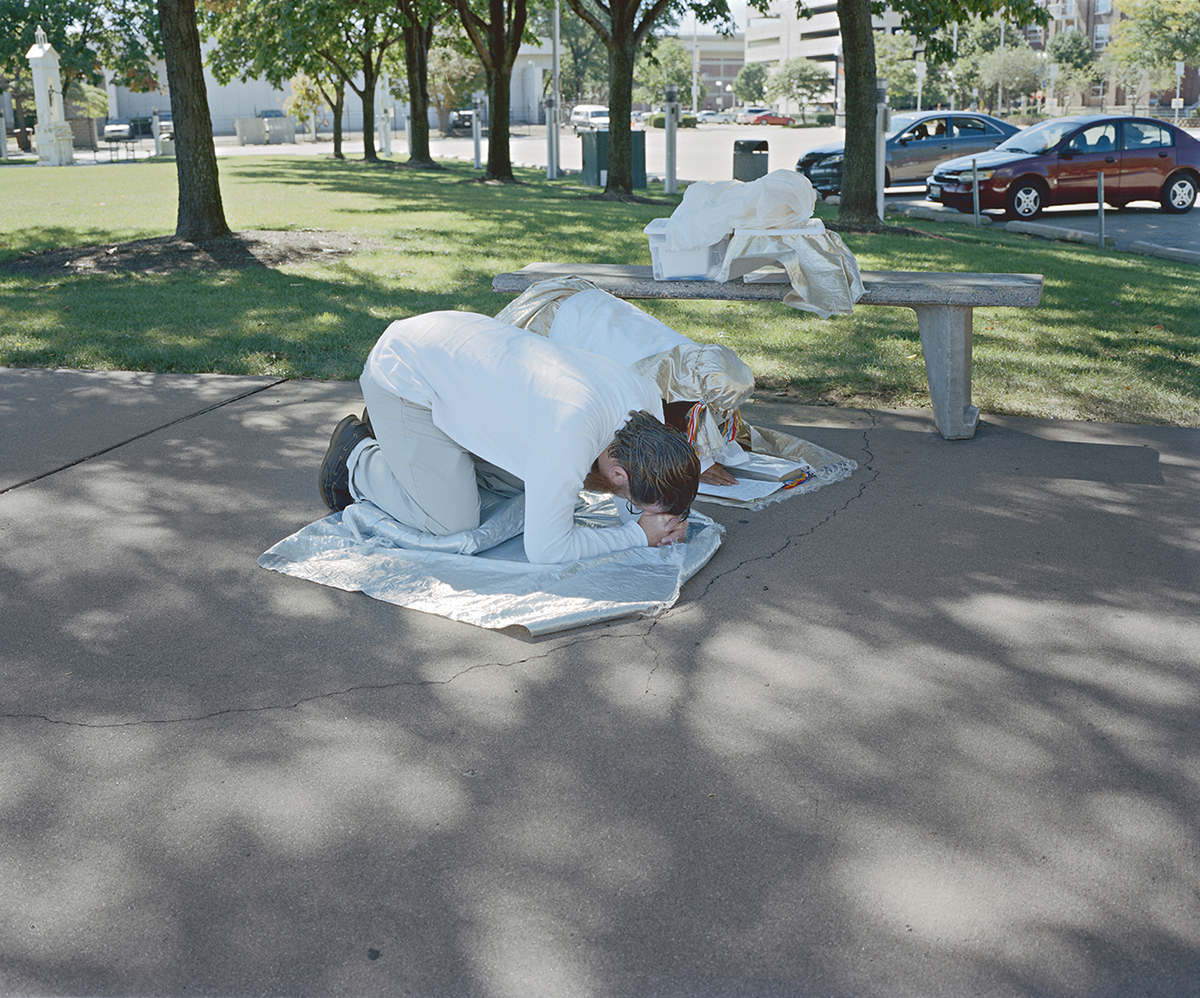 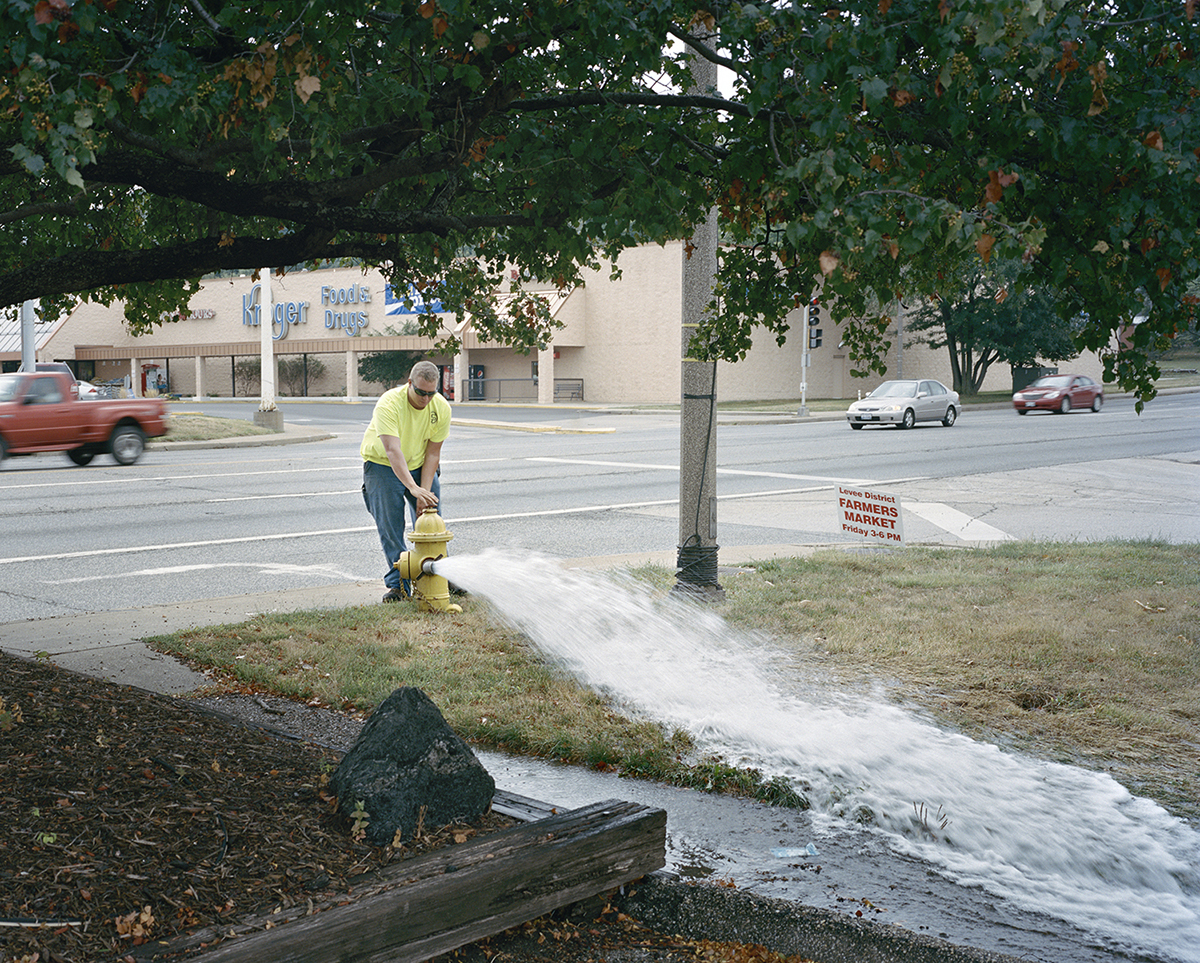 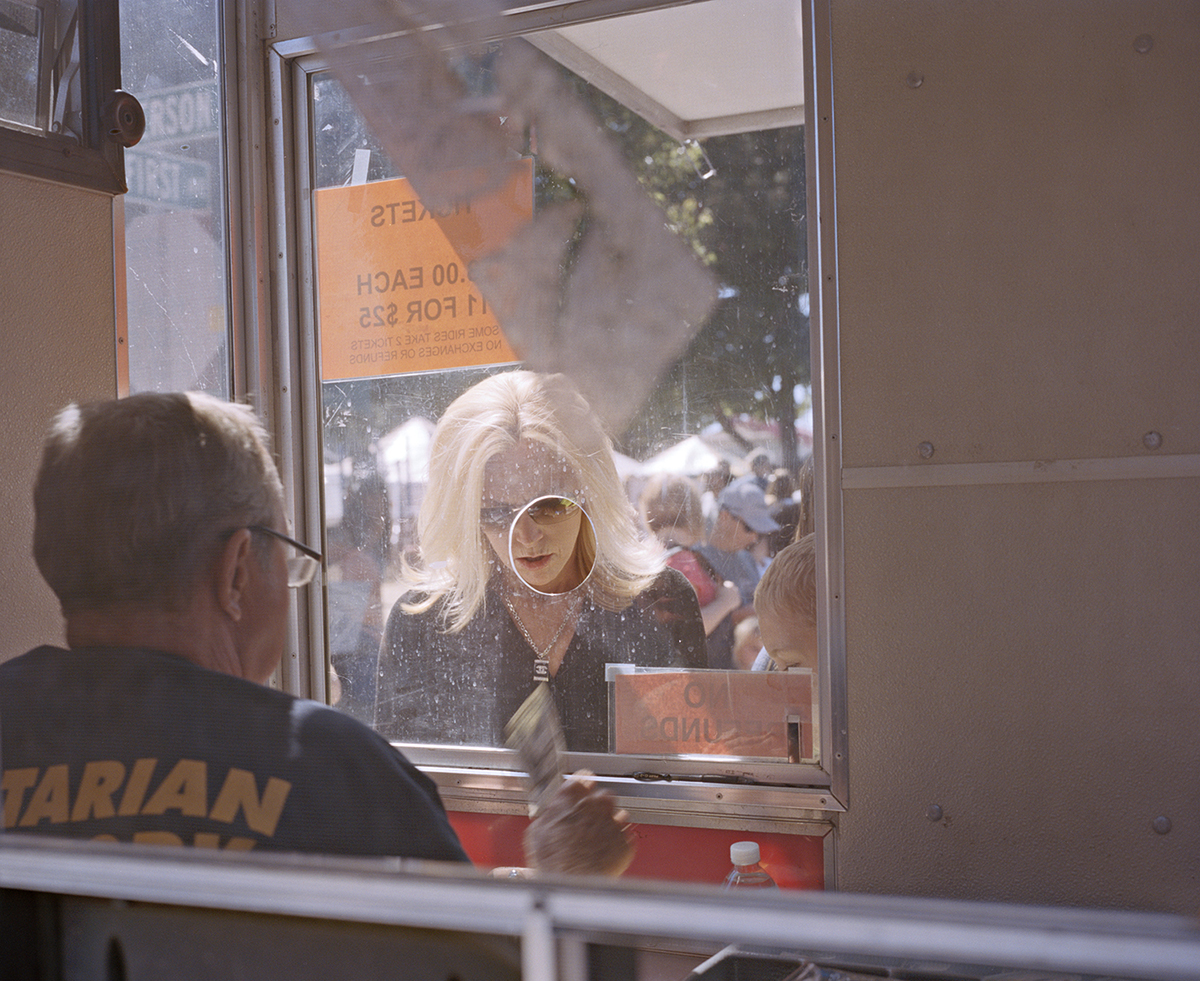 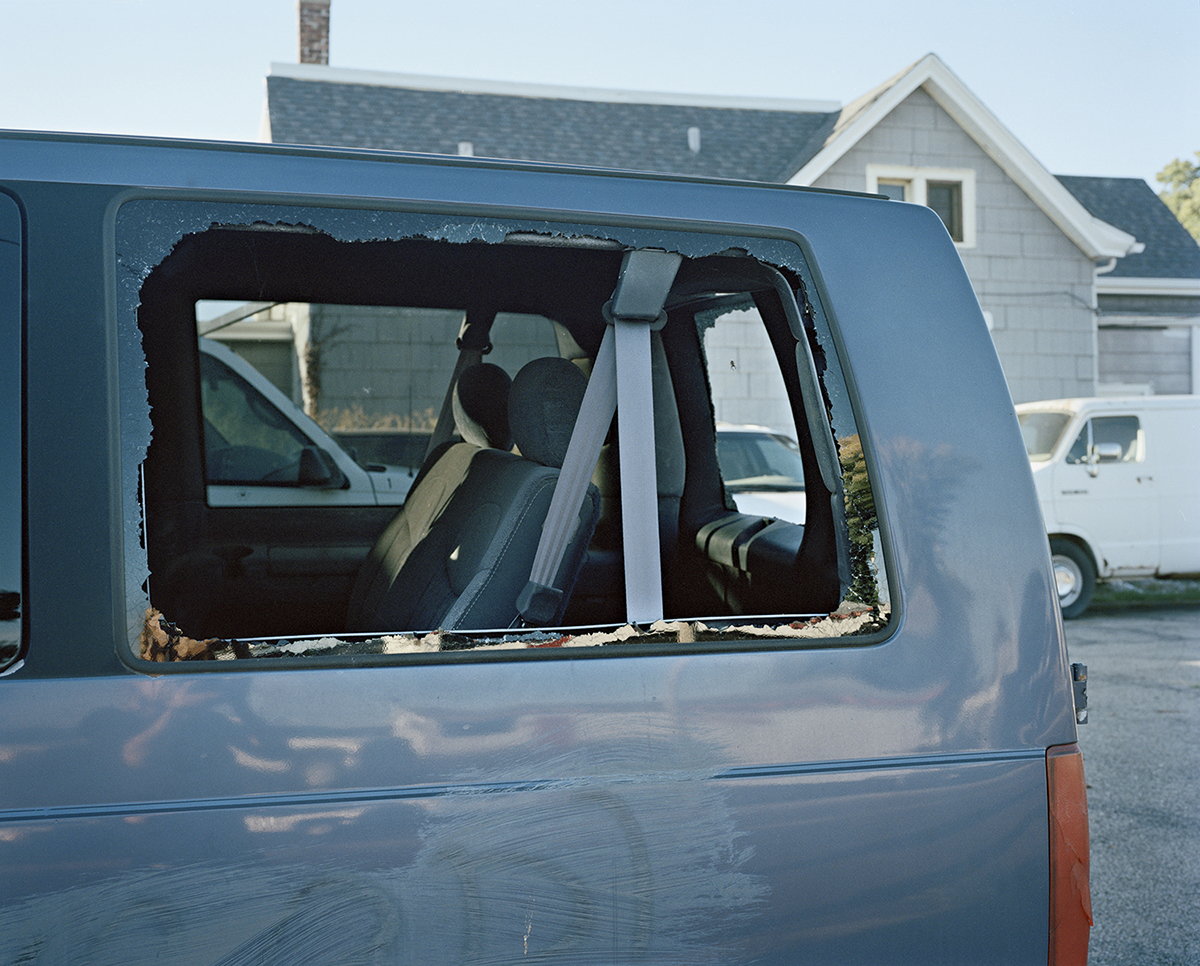 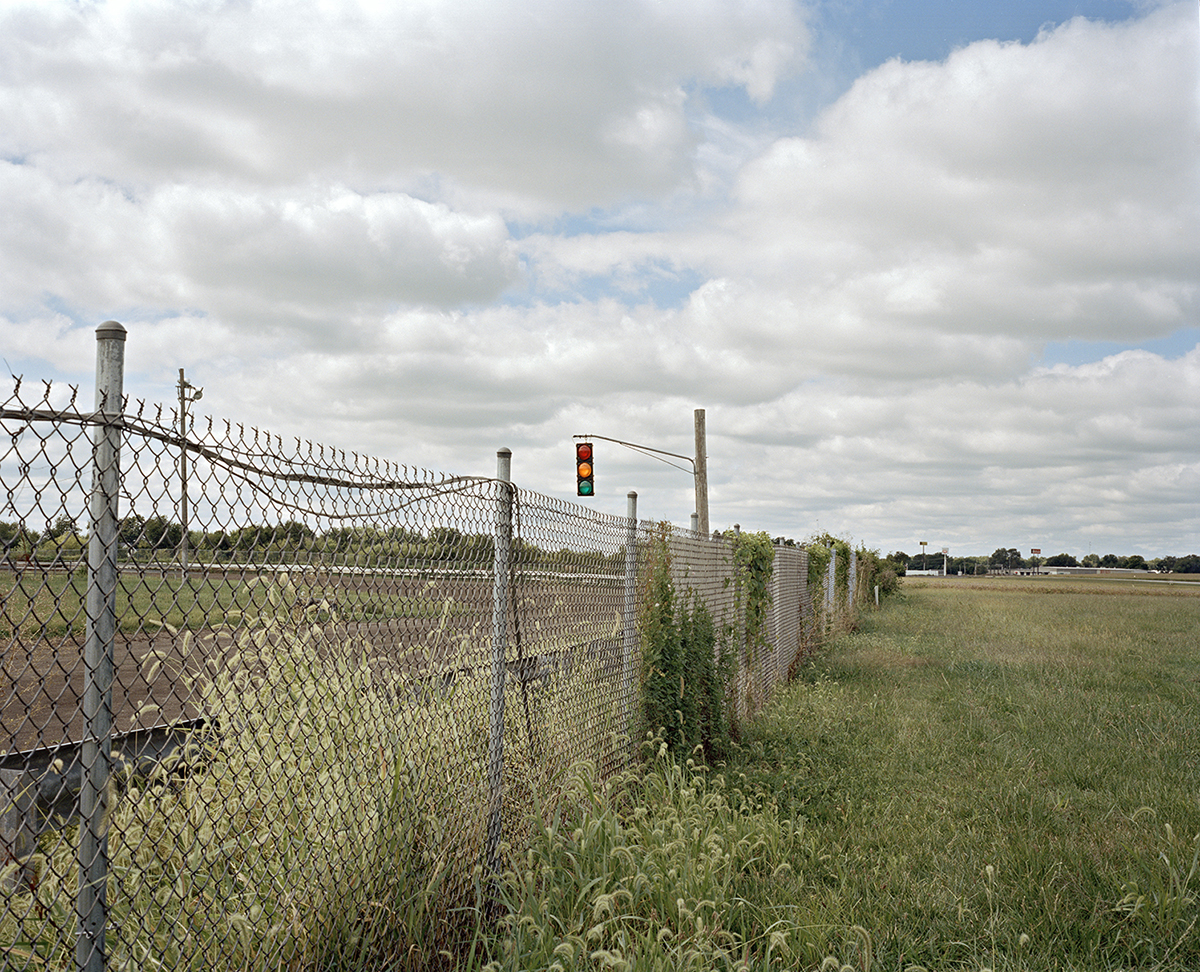 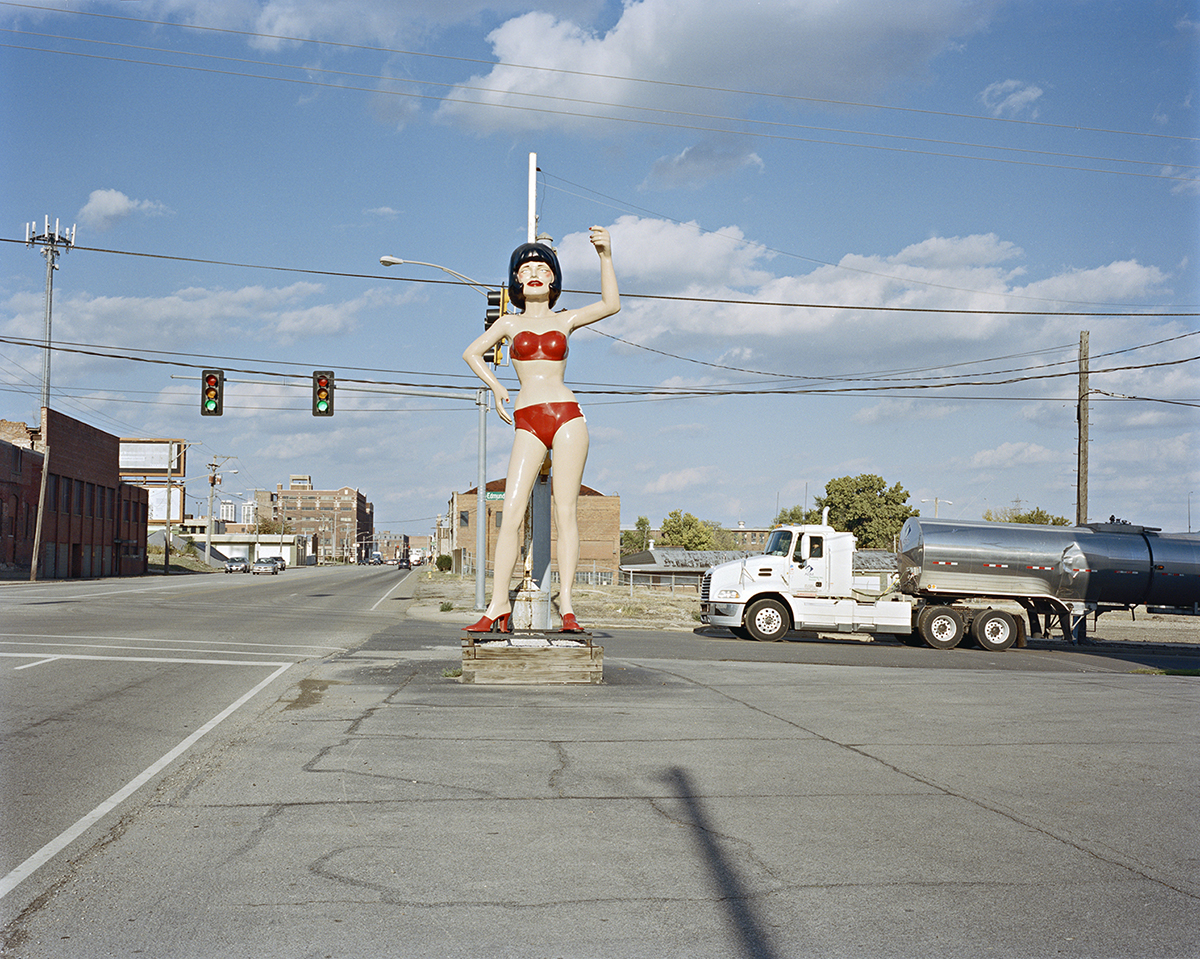 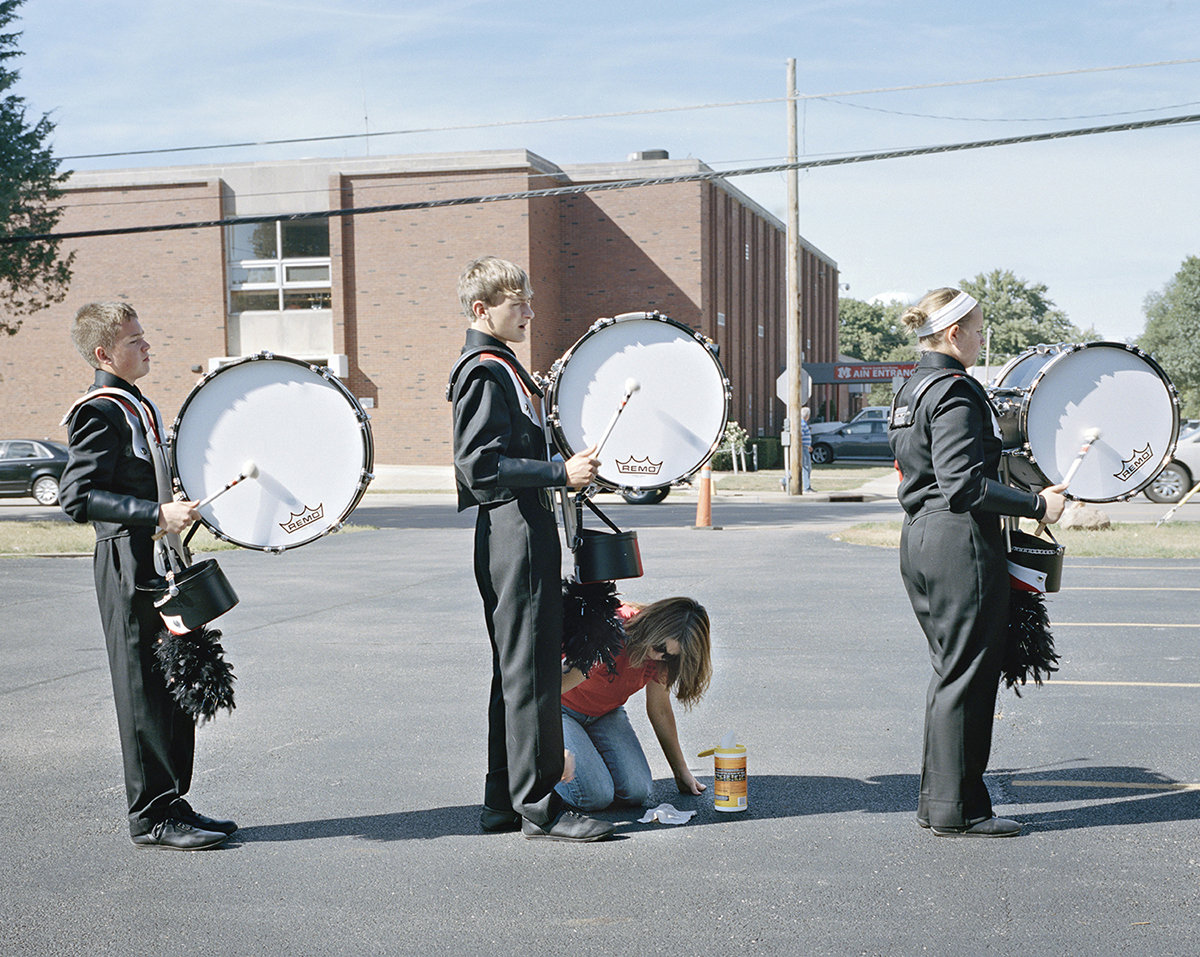 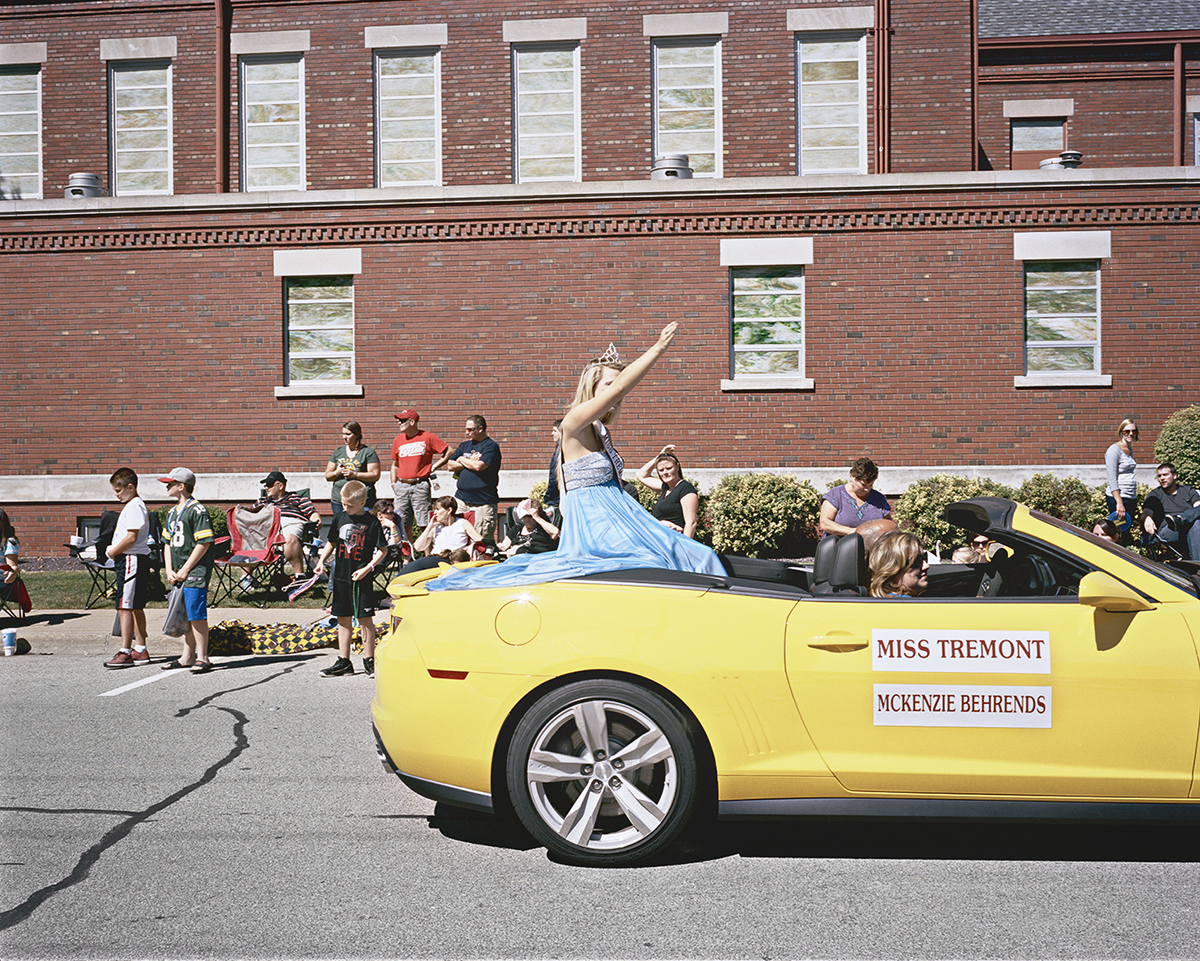