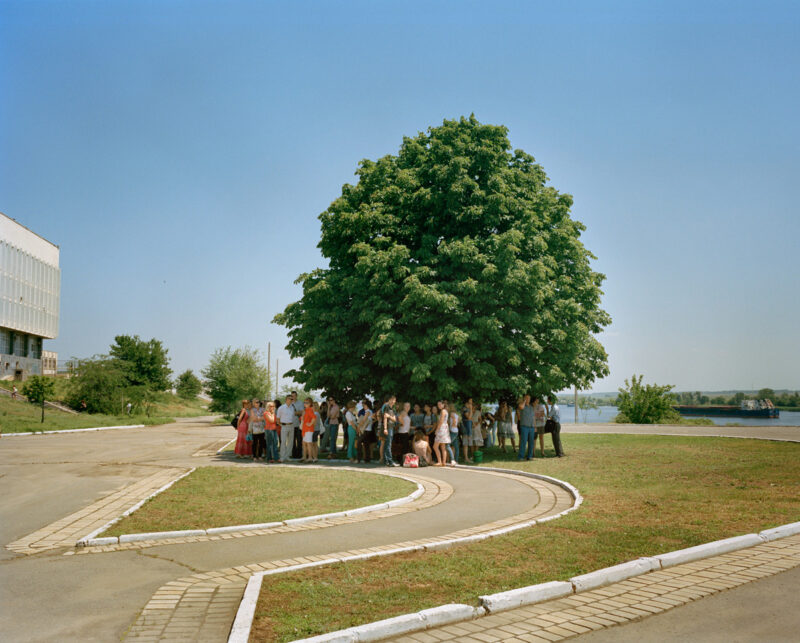 Simon Crofts nowadays lives in Edinburgh, Scotland, which is where he is originally from. He started off as a lawyer in the City of London but got fed up with it and in the early 1990’s he got on a bicycle and pedalled off to live and work in Russia as a lawyer, where he stayed for six years or so as the country went through the crazy period of so-called ‘wild capitalism’. Free time in the summer was spent with the children visiting the family dacha in the southern heat of Kherson, near the Black Sea in Ukraine. After that he gave up the law, moved to Poland and lived another six years there, having met and married fellow photographer Sylwia Kowalczyk.

About Expectations – words by Simon Crofts:

These pictures are the fruit of a relationship of a three decade relationship that I have had with Ukraine. I first moved to Russia in the early 1990’s because of a love of the music of Shostakovitch and Stravinsky as well as having a thing about Russian literature, but in the last decade or so I began to capture my visits to Ukraine with the camera – meetings and reminiscences with old friends, chance encounters with strangers, places that carry personal meaning but also resonated for me with the literature, music and history that brought me there in the first place.

‘Expectations’ is in the form of four visual poems, on themes that distantly echo the poems of Yevtushenko that were set to music by Shostakovitch in his 13th ‘Babi Yar’ Symphony. In Expectations, these visual poems are: Fortune, Utopia, Fears & Memory. The title ‘Expectations’ comes from an overheard phrase uttered by my ex-mother-in-law Larissa (who is a key figure in the series), that Ukraine is a ‘land of endless expectations’ (земля бесконечных ожиданий).

The pictures were taken before the current conflict bubbled over in the region, but behind the images (and the texts) in my book are the same tensions that gave rise to it: frustrated longing, somewhat disappointed expectations for a better future, nostalgia for a past that was at once seen as glorious but also horrific, the pull between East and West, and above all, a kind of love.

The vastness of the landscape and the pervasiveness of bureaucracy can be oppressive, can make change for the better seem hopeless. Sometimes any change at all seems preferable to none. As in a Chekhov short story, nothing is straightforward, the most complex part is only just beginning. Ukraine is the child of a failed utopian dream, of collapsed socialism, but it is also a place of recollections of long summers at the dacha with family, chance meetings with strangers, old friendships, and where the large spaces and relative lack of development give an abundance of untouched nature.