Havana frozen in time, protected by its giant photographed by Sarah Bejerano 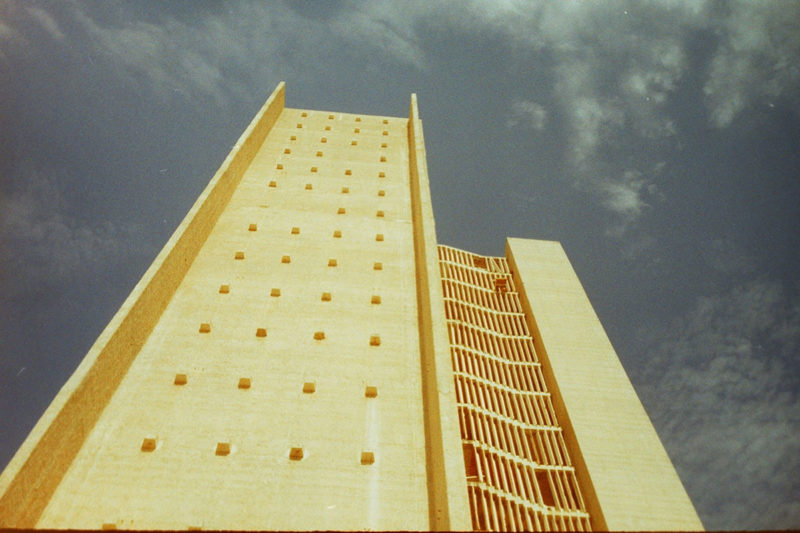 Sarah Bejerano was born in Havana, but since 2004 she lives and works in Barcelona.With higher studies in Cinematography, she decided to specialize in documentary and artistic photography, because it was a way of working in a more introspective and personal way.

She has made numerous workshops in Havana and Barcelona. And she has also participated in solo exhibitions and collectives in both cities.

“Photography has become a means of expression that allows me to narrate immediately what surrounds me every day.My work is based on the constant experimentation and investigation of the possibilities offered by the different photographic, thematic and technical formats.

I seek the union between technique, theoretical concepts and creativity. I try to capture those details that remain hidden in the superficial look and go beyond the simple enjoyment of the environment that surrounds us and no one stops to look.” 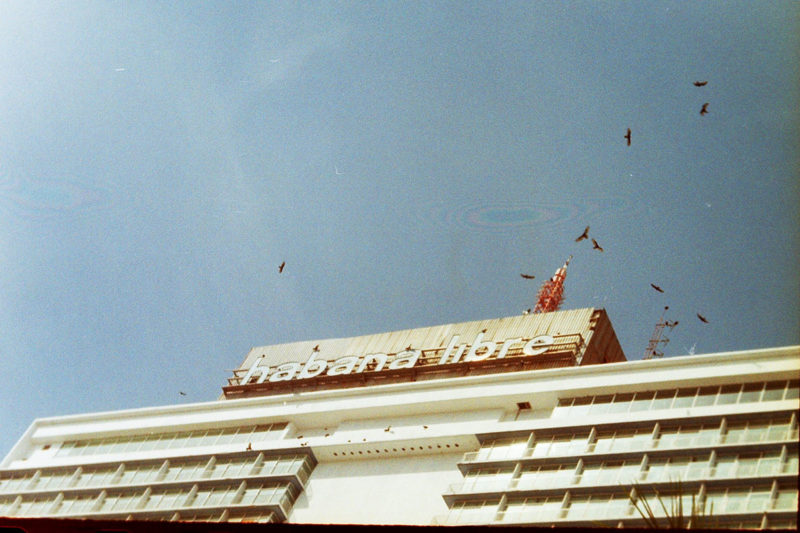 About “The giants watch us”:

This photographic series documents some of the emblematic buildings in Havana. The calmness and the stillness that transmit these images appear to us like analogies of the state of social stagnation of a country that has been during many years stopped in the time.

From this perspective, their usual utilitarian function shifts towards the possibility of awakening sensations, which emanate from a monumental aesthetic, and will carry other meanings. 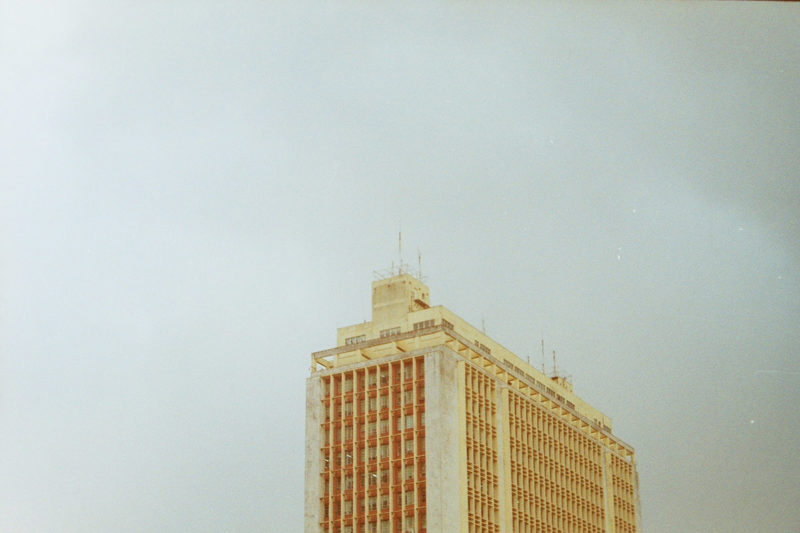 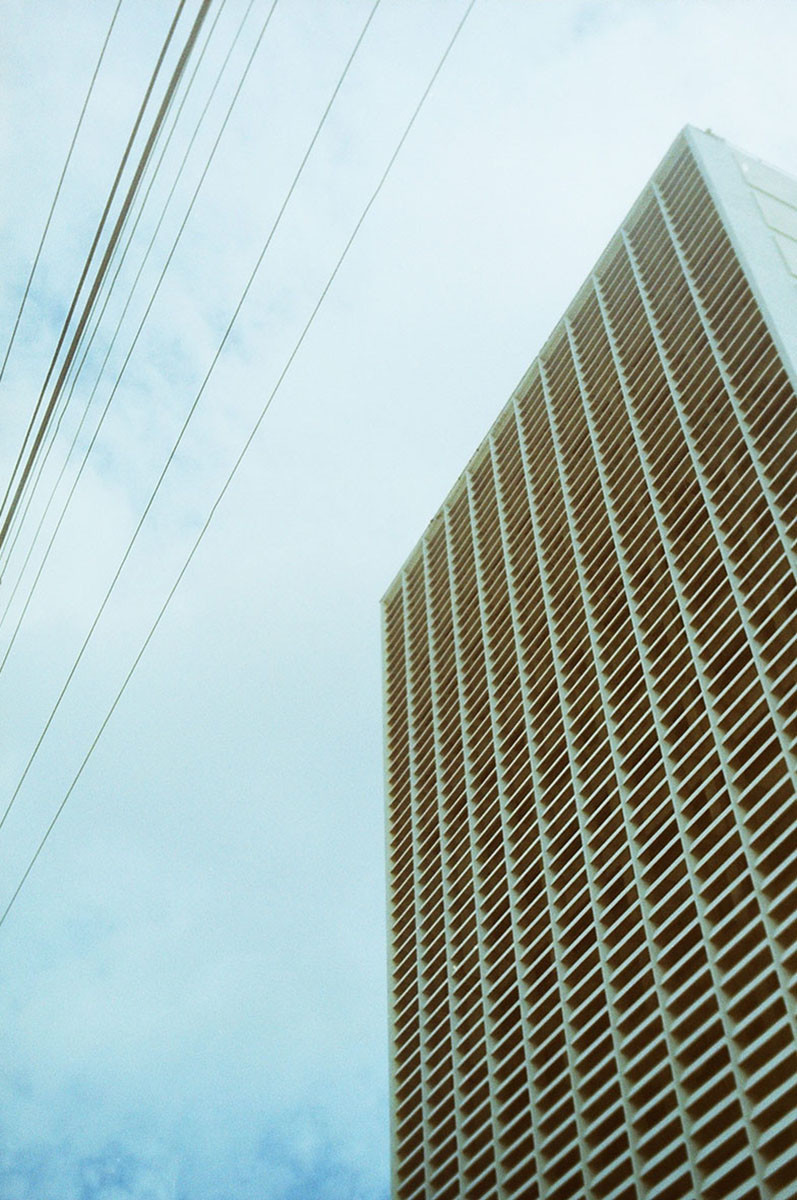 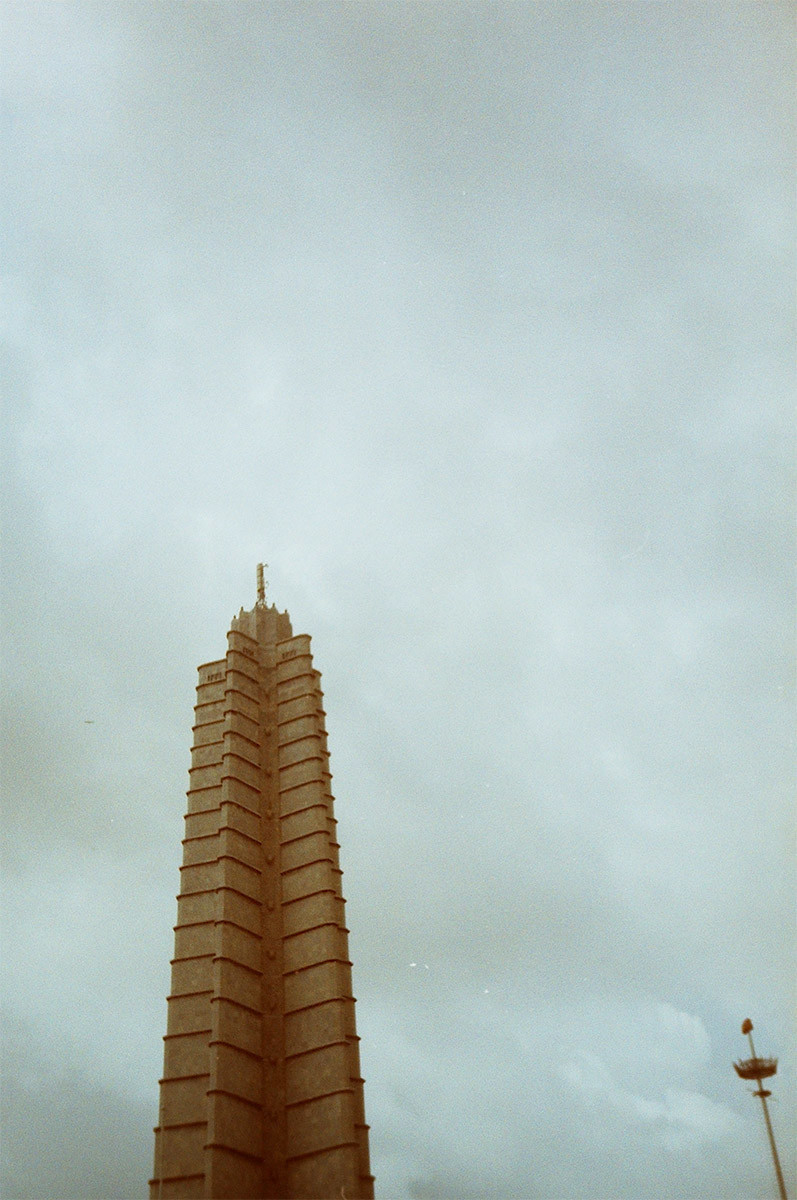 The contrapicado point of view, the selective defocus and the framing, distort their appearance, and turn them into small observers of time, memory and experiences, incorporated as a substantial part of our own existence.

Inclined framing and selective blurring hardly make these buildings recognizable as urban landmarks, pretending to engage the viewer with a sense of continuous expectancy, at a moment when something seems to happen. 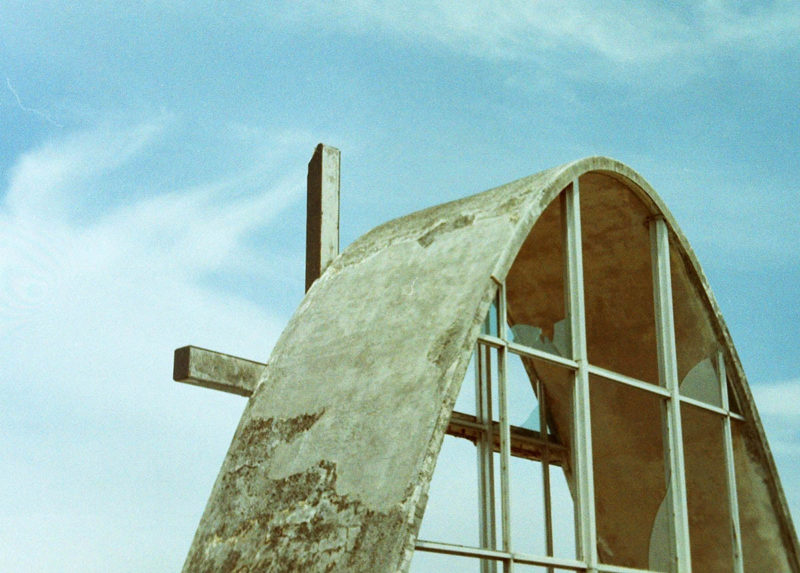 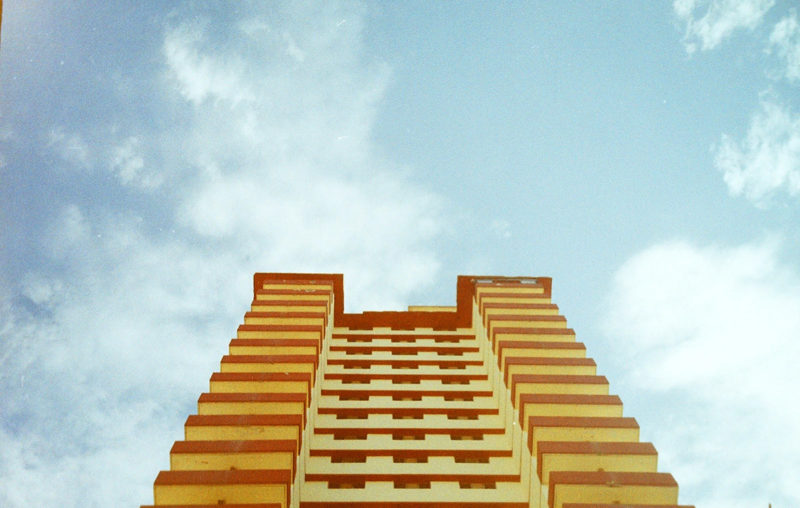 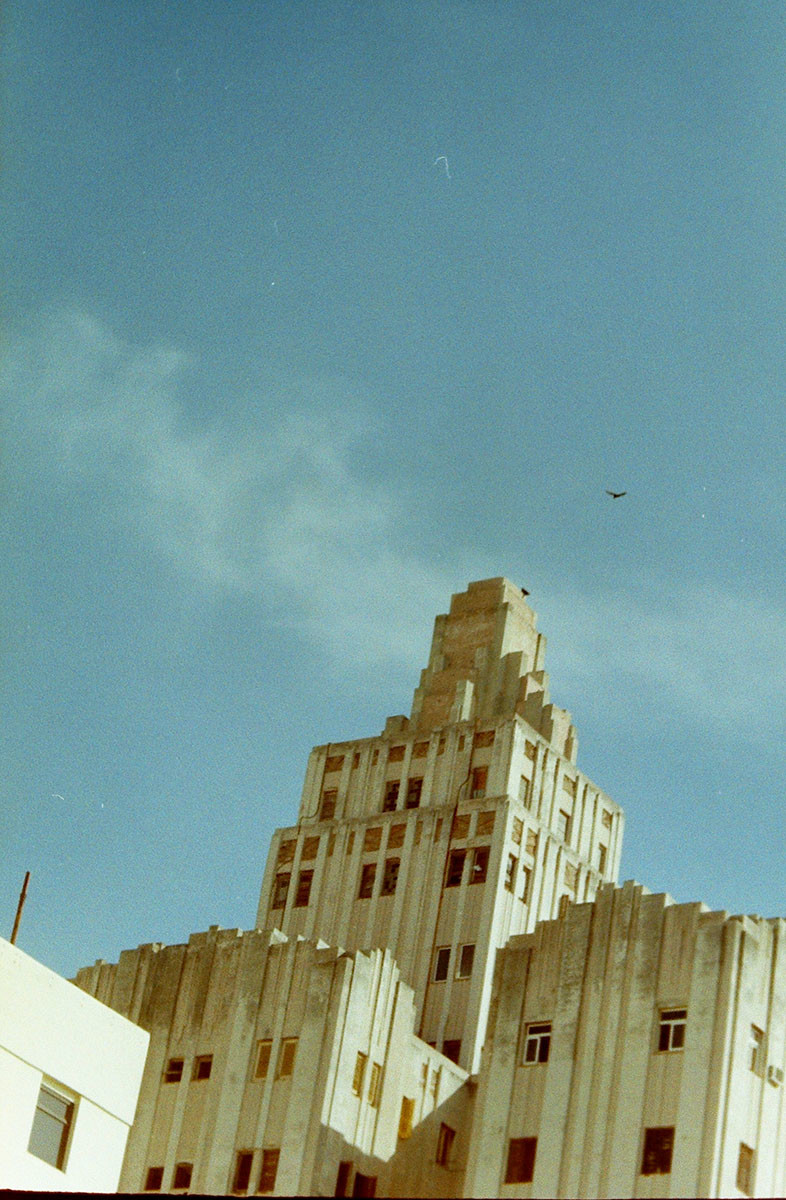 These passive giants remain expectant to the changes that should have taken place years ago on the Island, they carry an antinomy, because despite their rigid structures, the beauty and harmony that characterizes them, lead us to think of their power to continue being themselves, emblems of change and movement.

The photographs of this serie has been made in a Kodak Color Plus 200 film and a Zenit camera (my father’s inheritance). 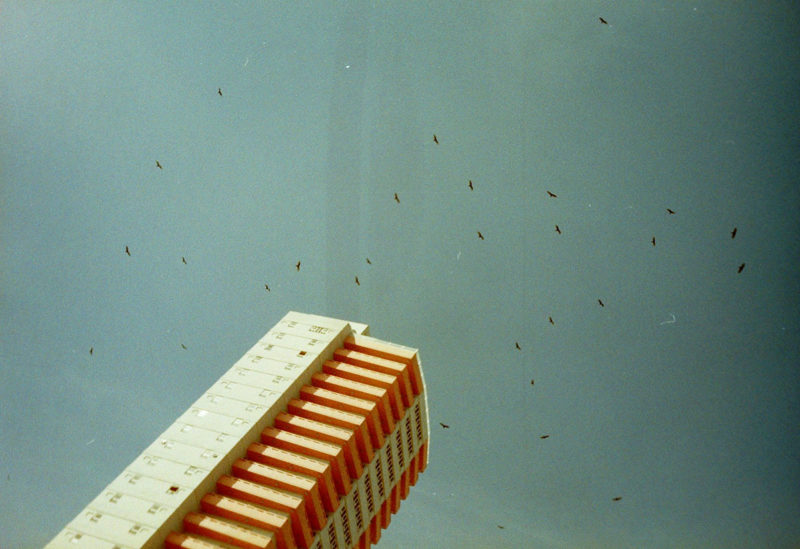 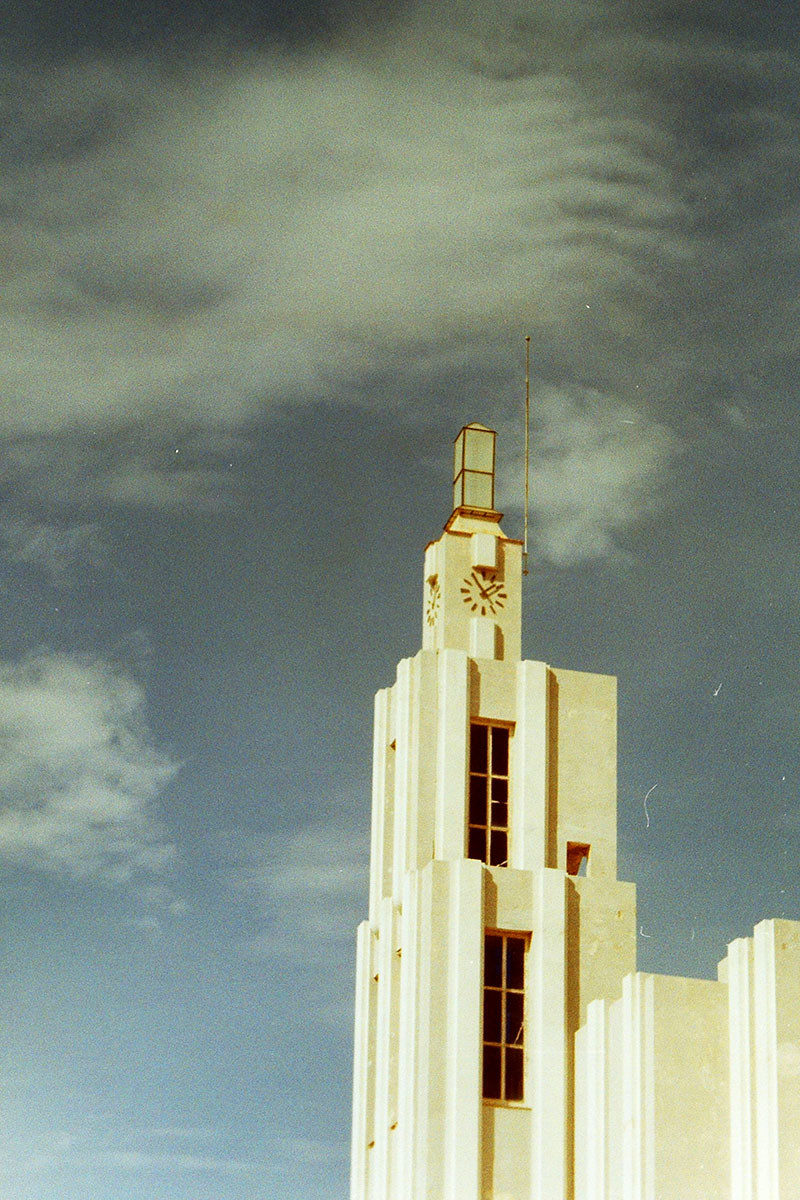 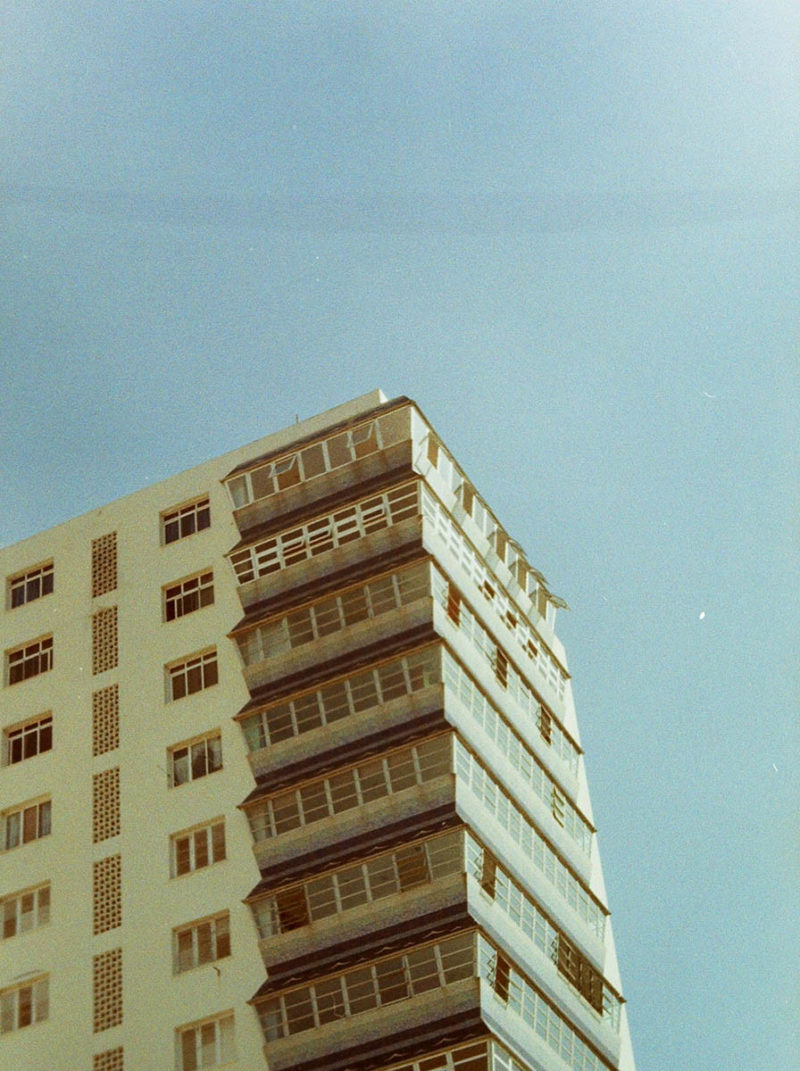 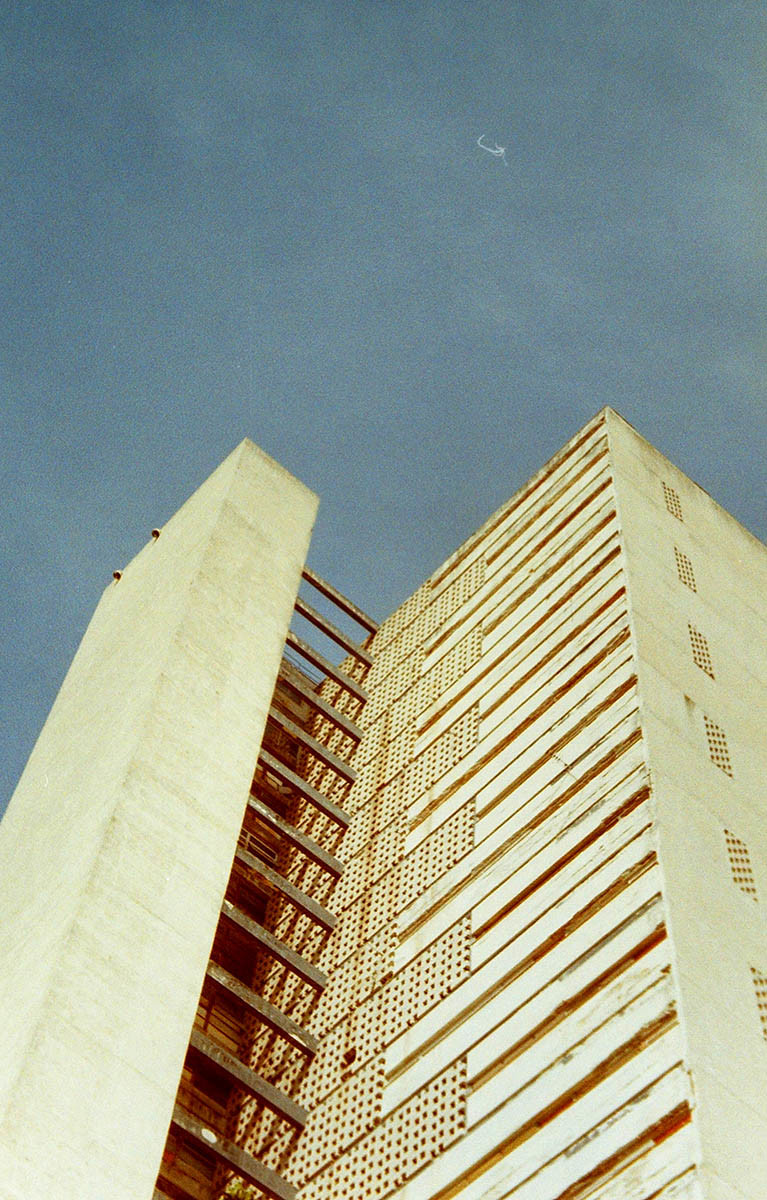 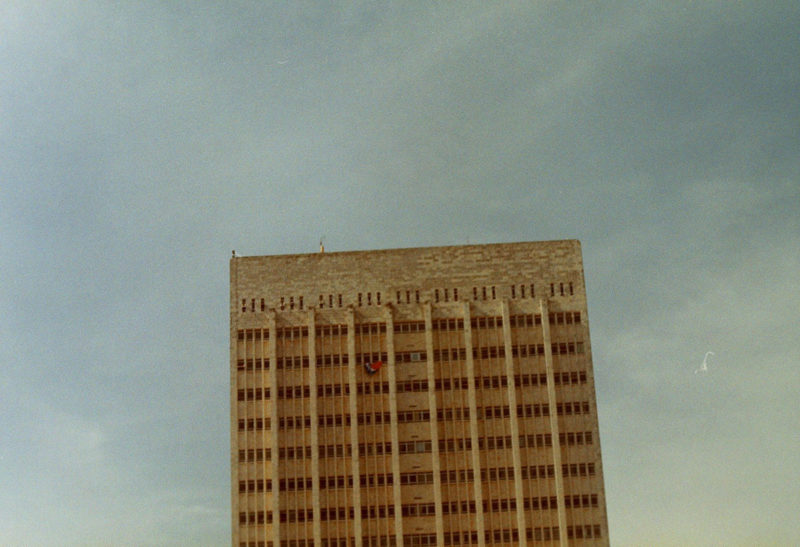 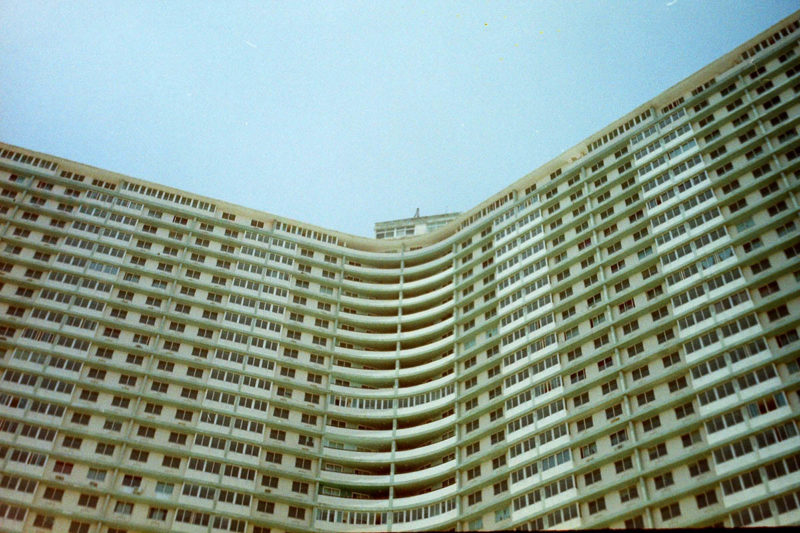