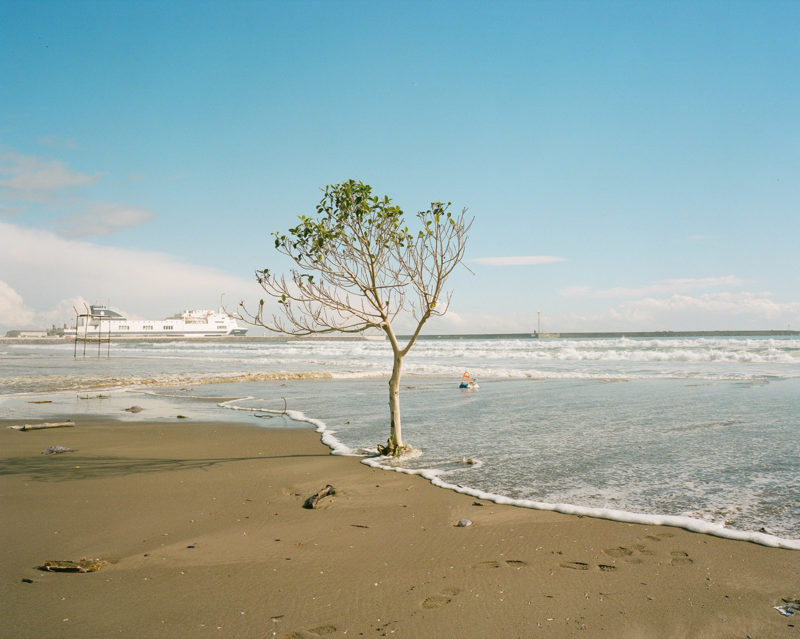 Pietro Motisi was born in Palermo in 1982. He has been working as a photographer since 2002.

He began his self-taught path with stage photography in the theater and through collaborations with some local newspapers. Subsequently, he studied Documentary Photography at the University of Wales in Newport, graduating in 2012.

His author’s work aims to analyze, fix and foster reflections on the relationship between man and territory, mainly through architectural and landscape photography. He collaborates with some magazines as a photojournalist, works on commission in the field of architecture, landscape and still life photography.

The photographs in this body of work titled “Sicilia Fantasma”, which literally means Ghost Sicily, represent a collection of personal visions about Sicily gathered between 2012 and 2018.

In an attempt to represent the Land through a series of landscapes, the desire is to generate a relationship between the observer and the represented spaces which stimulates a delving beyond the surface of the scape. In this way, it is possible to establish a critical point of reflection on who we are in relation to the characteristics of our spaces and our time.

The critique is expressed as a dialectical knot, rather than an assumption; elements of concern more than complaint, useful to gather questions and political thoughts. As David Goldblatt said, ‘Events in themselves are not so much interesting to me as the conditions that led to the events’, in that way this work represents something like a mirror, which reflects on belonging to a land – an exercise in reading space and that which occurs in it, to better understand and reposition our actions, feelings, relationships and responsibilities toward the land, so ourselves.