Luca Gambelli drags into the wonderful and eclectic Poland 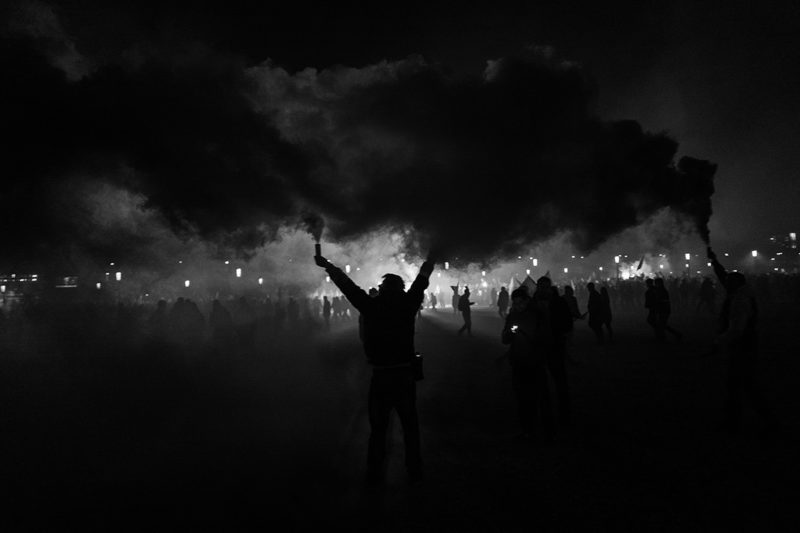 Luca Gambelli says about himself:

“My name is Luca Gambelli and I was born in Ancona on 30 August 1995. On the birthday of 2011, I received the most coveted gift, my first digital camera, a passion that I had inherited from my father’s speeches when he talked about his beloved Yashica 124 6×6.

From that day on I began to study self-taught photography, constantly for months, months and then start with photography courses that were a necessary step to a boy who was starting to hatch this great love for photography.  From there I soon realized that my studies that until now seemed correct were useless, the ambition to become a surveyor / architect was slowly destroyed by my curiosity and my desire to improve more and more my photographic ability.

I think it was such a big change because photography was giving me the ability to live and observe my life so far “normal” from another point of view. I became more and more interested in what concerns the world of photojournalism, and the infamous “street photography”, I needed to dream of being able to describe and try to tell with my own eyes what I saw.

After graduation I decided to try successfully to enter the Academy of Fine Arts in Bologna, department of Photography and Cinema. In these 3 years, unfortunately not due to my course, I had the opportunity to discover and explore the world of cinema and the direction of photography and camera operator, a world that has captured my attention almost like the static photography, a world that allowed me to have a lot of work experience in short films and documentaries productions. Most of all in the film world I was captivated by the type of cinema in northern Europe, with its almost dreamlike settings, with its hard faces and its almost fantastic lives when compared to “classical Europe”. Reason why when I had the opportunity to access the Erasmus program I did not hesitate to try to live this experience in Northern Europe twice, which is why I am writing these words from my room in Warsaw.”

Photographic reportage of the centenary of Polish independence, impossible not to be impressed by the diversity of people united in this great march, I saw veterans, apparently high-class bourgeois, families, boys with air and appearance of the best wishes, nuns and sisters father and sons with ski masks with the desire to fight.

A march in which its purpose was not clear to me, on the one hand I had the certainty that clashes and fights would happen and on the other hand I had the idea that nothing would happen. A mix of opposite sensations, fear and serenity, black and white in a sea of red that in the end is what for me now is Poland. 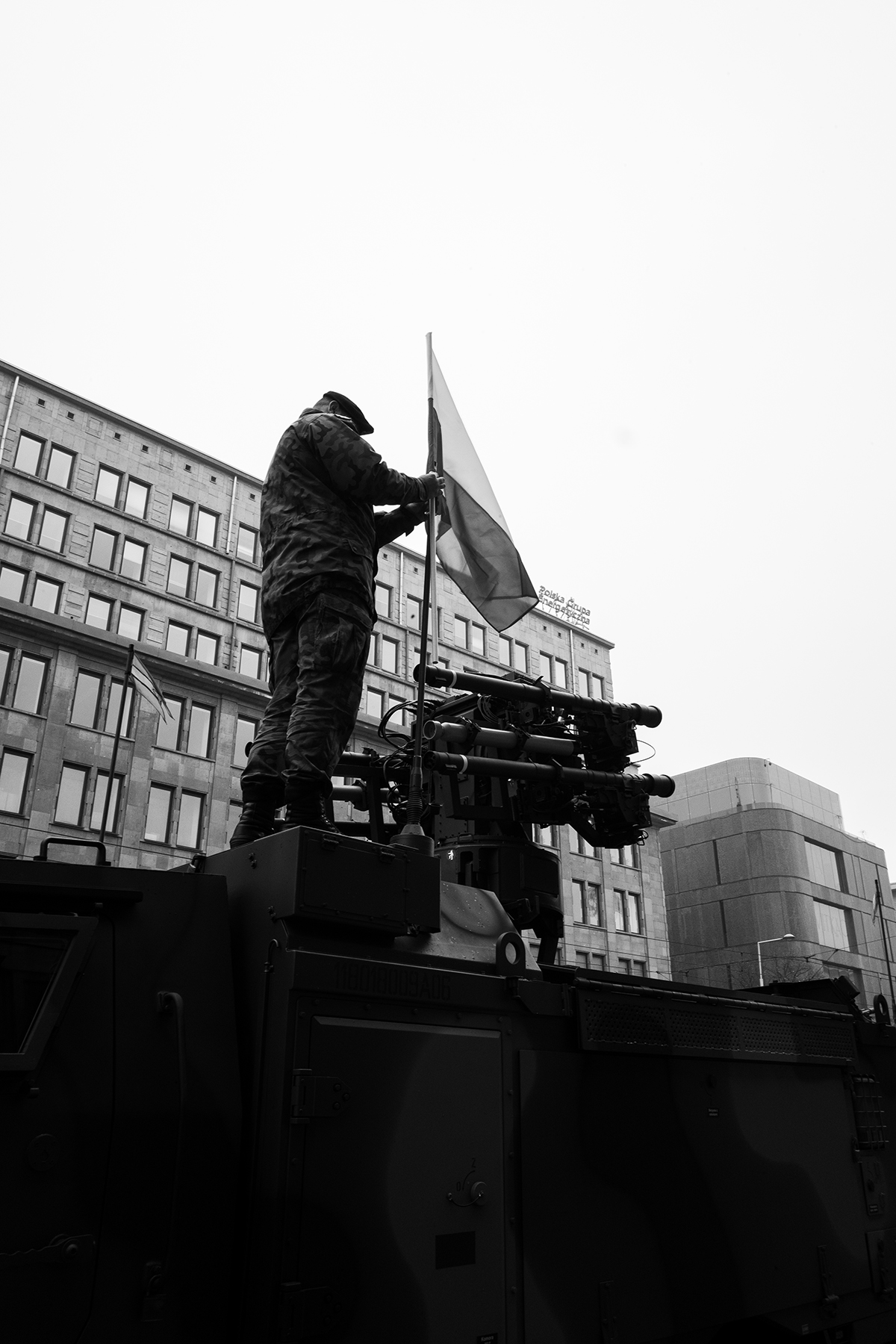 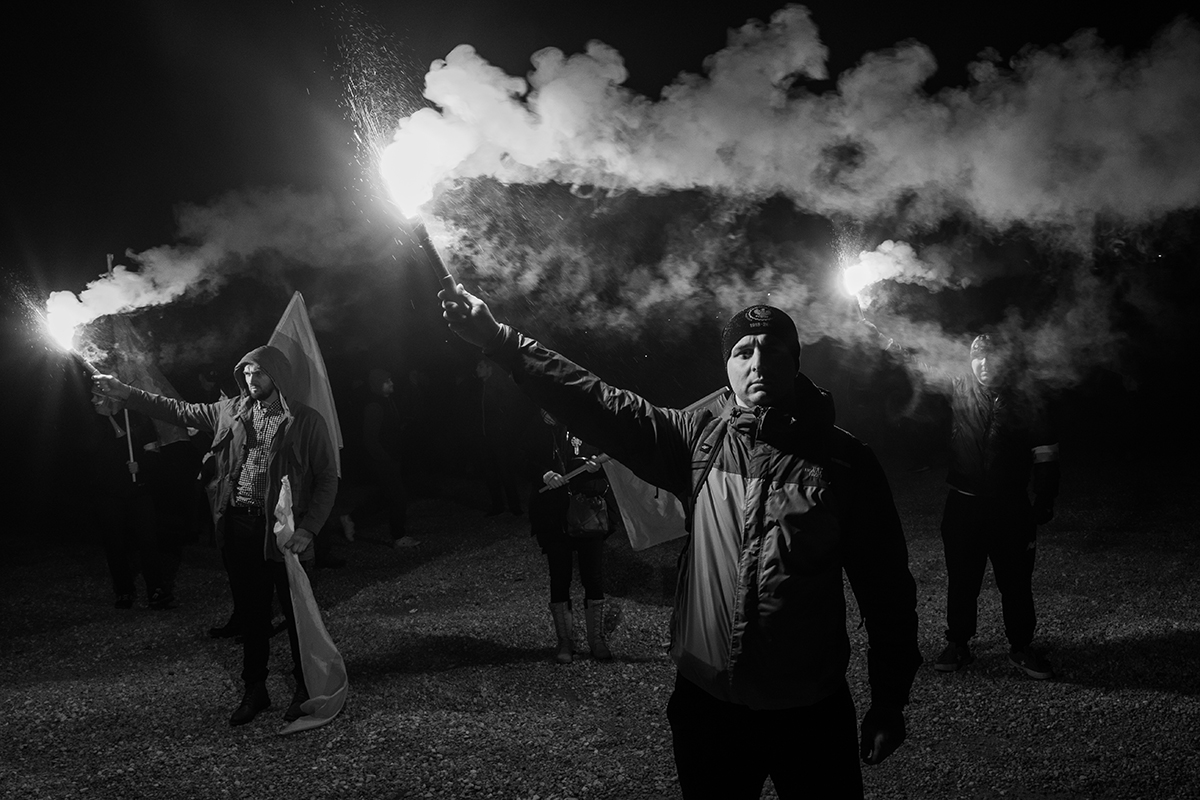 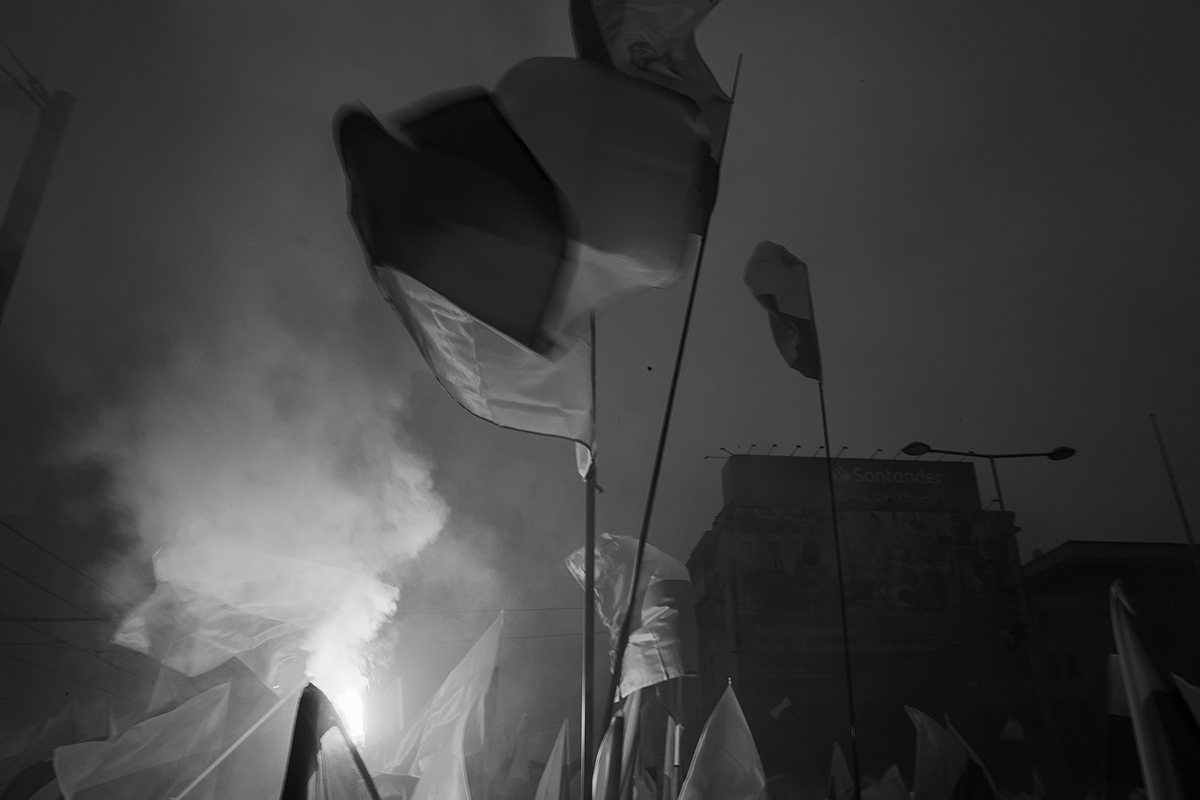 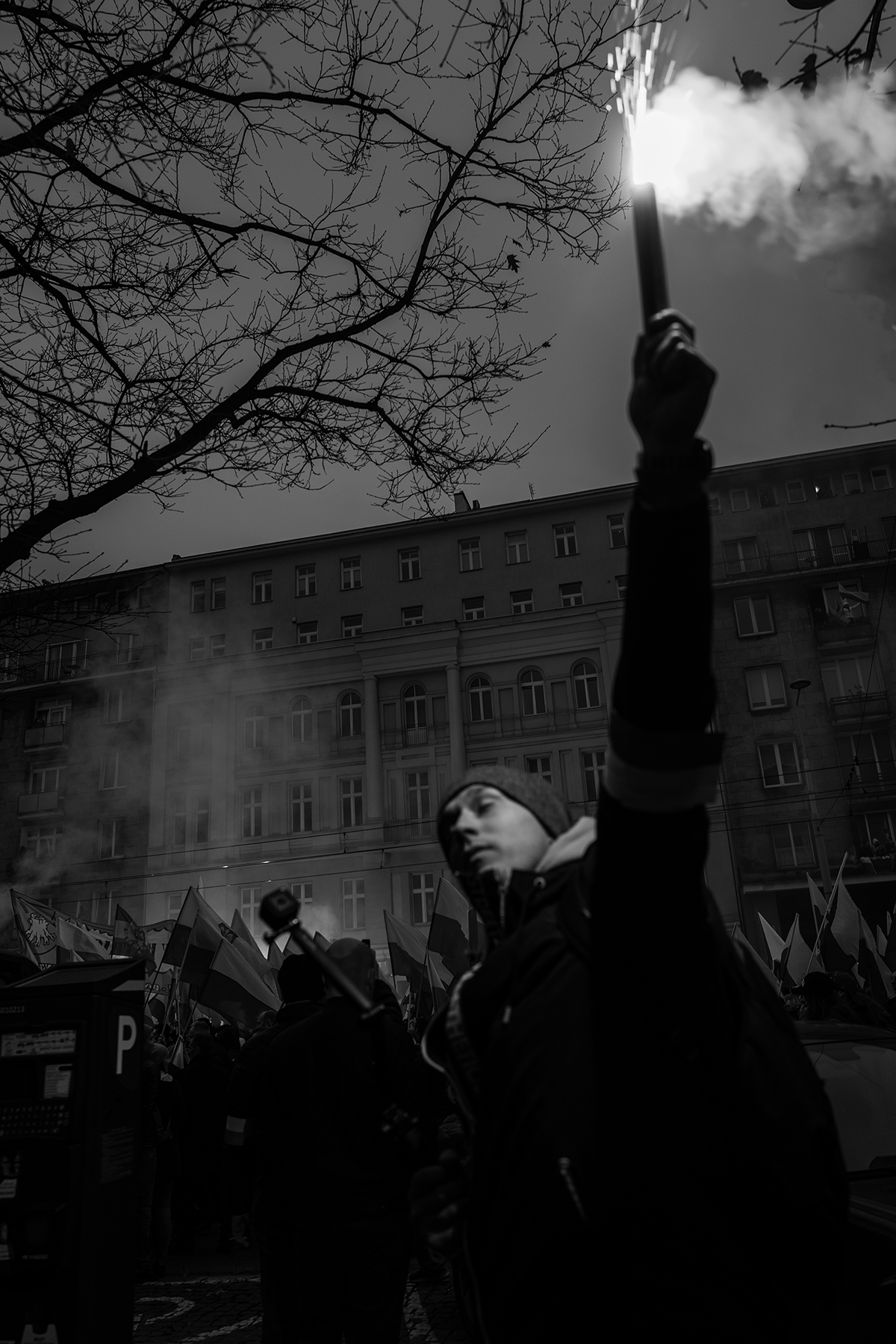 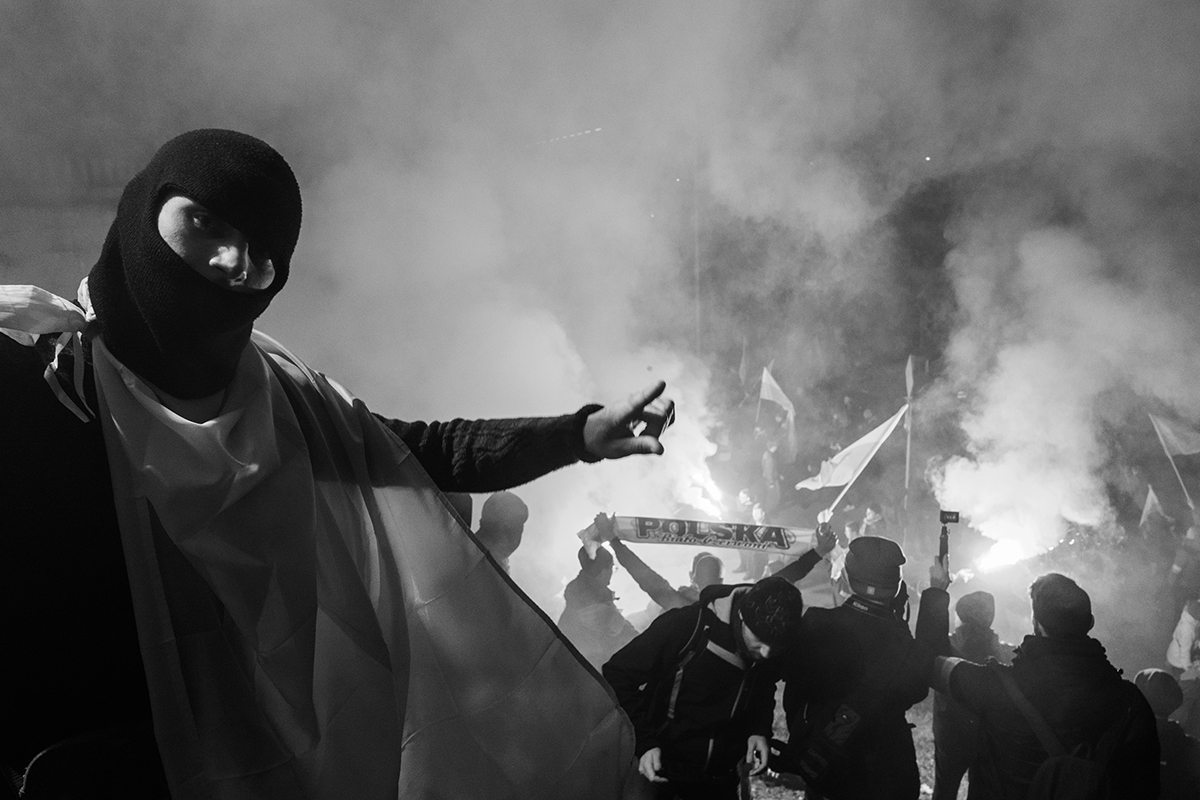 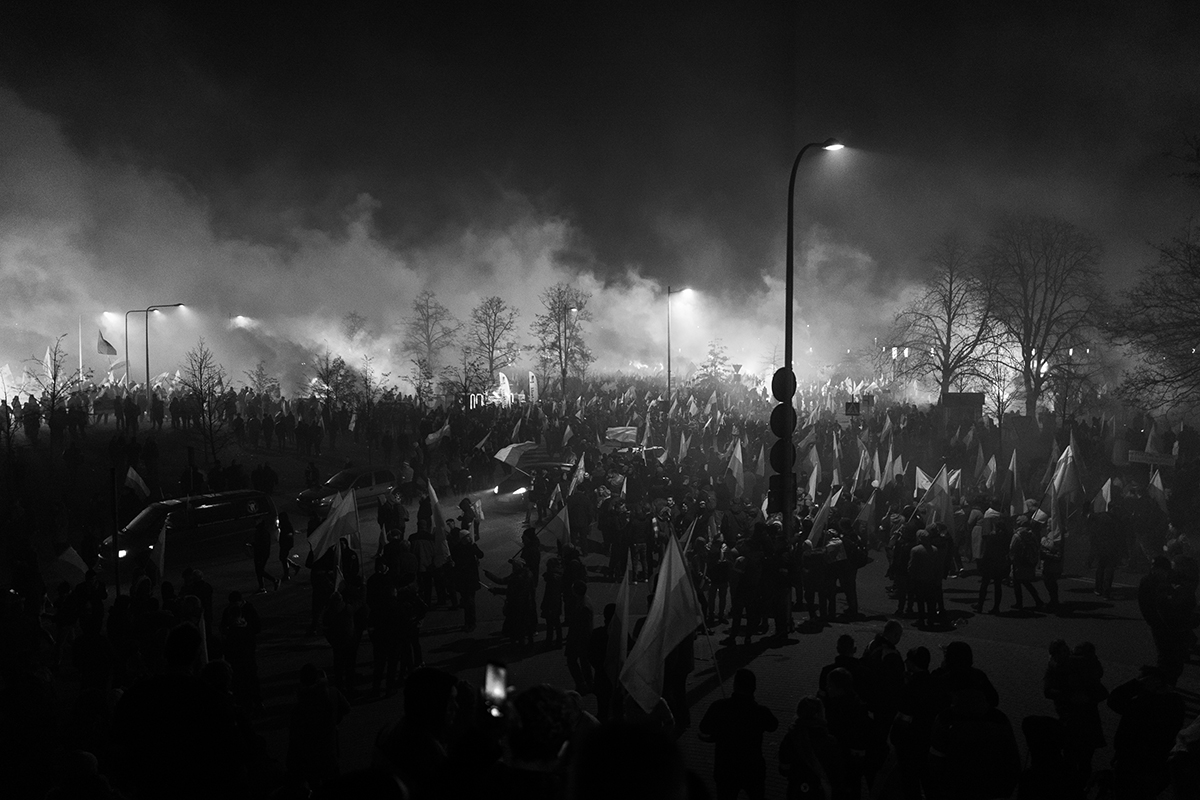 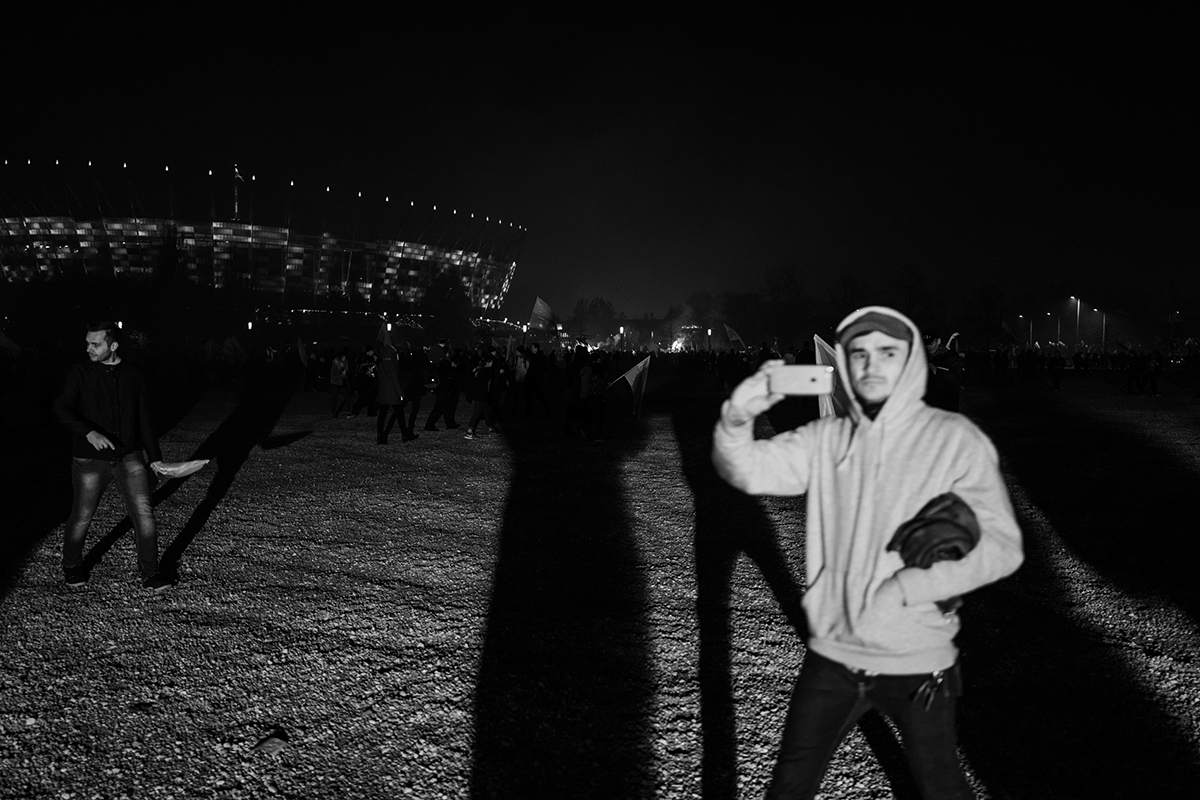 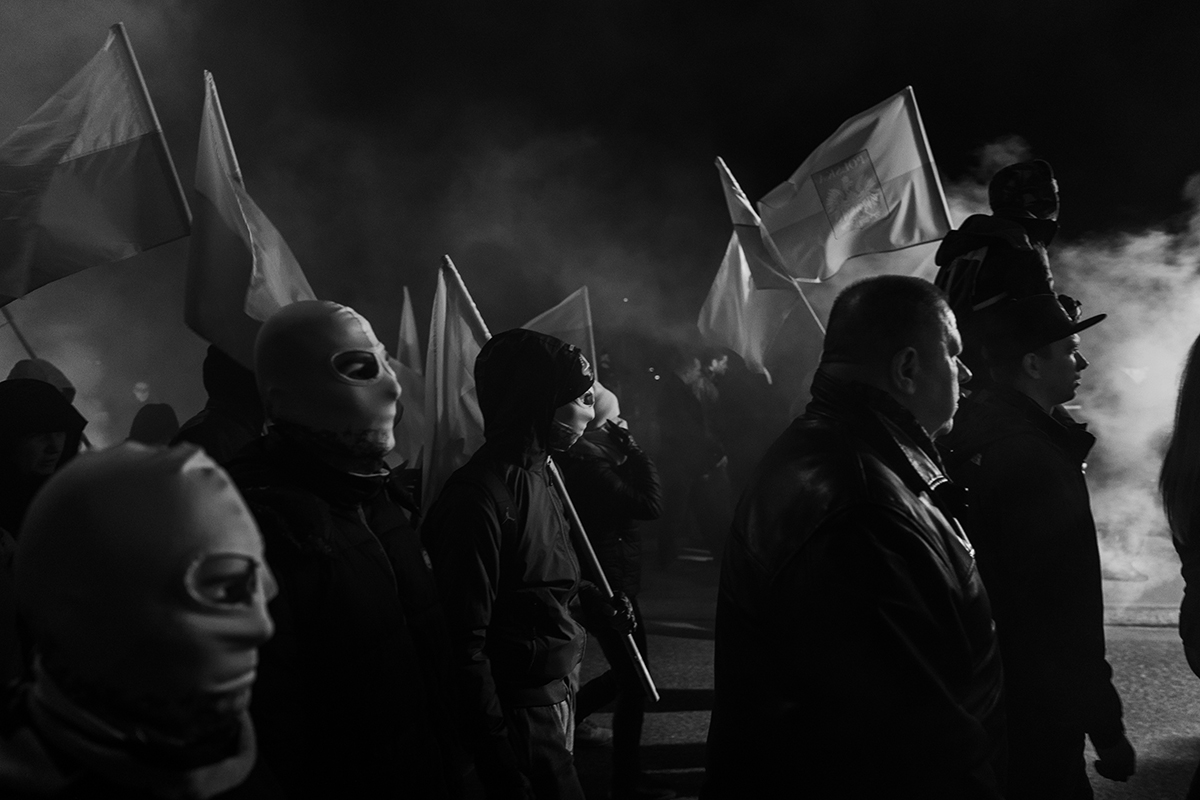 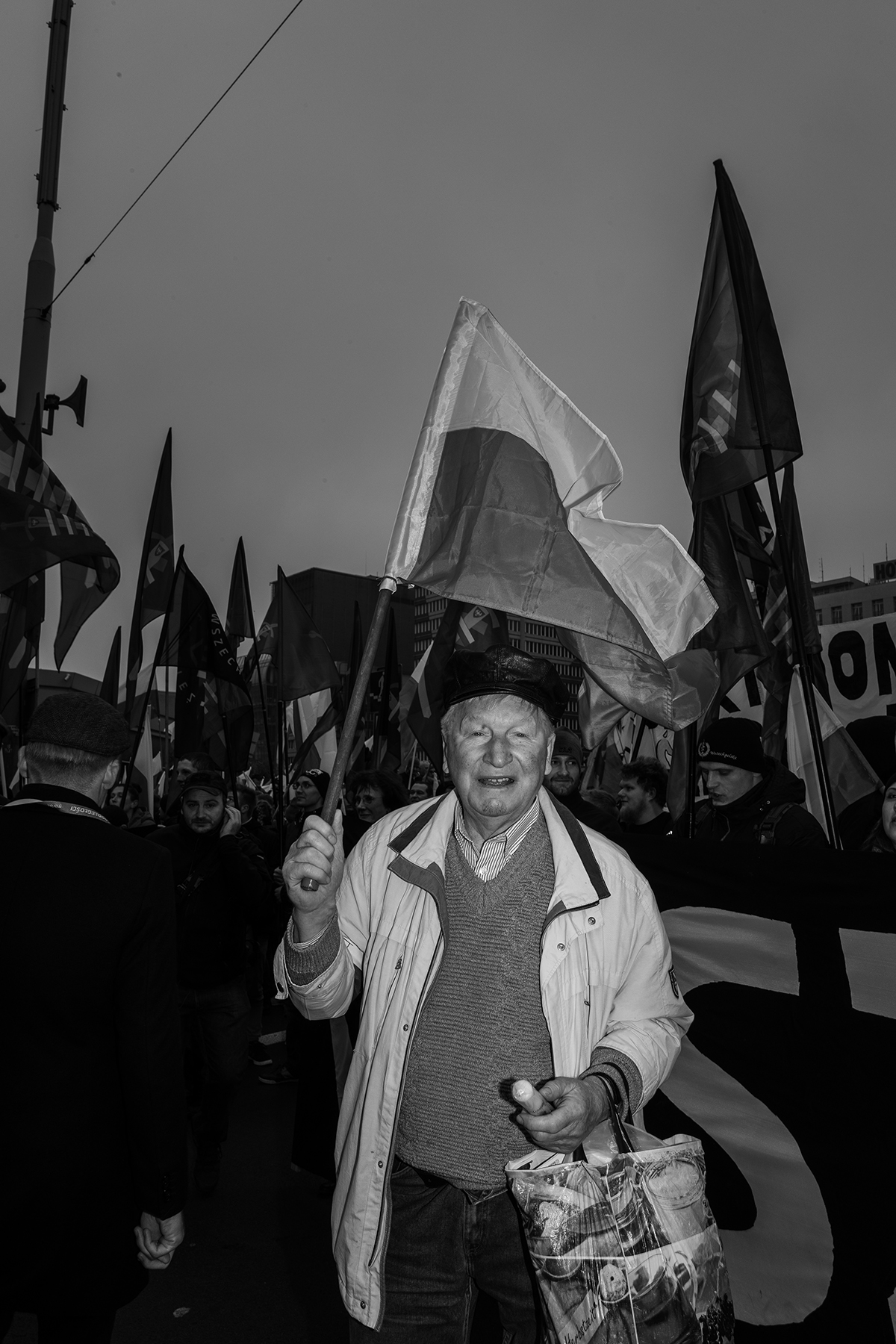 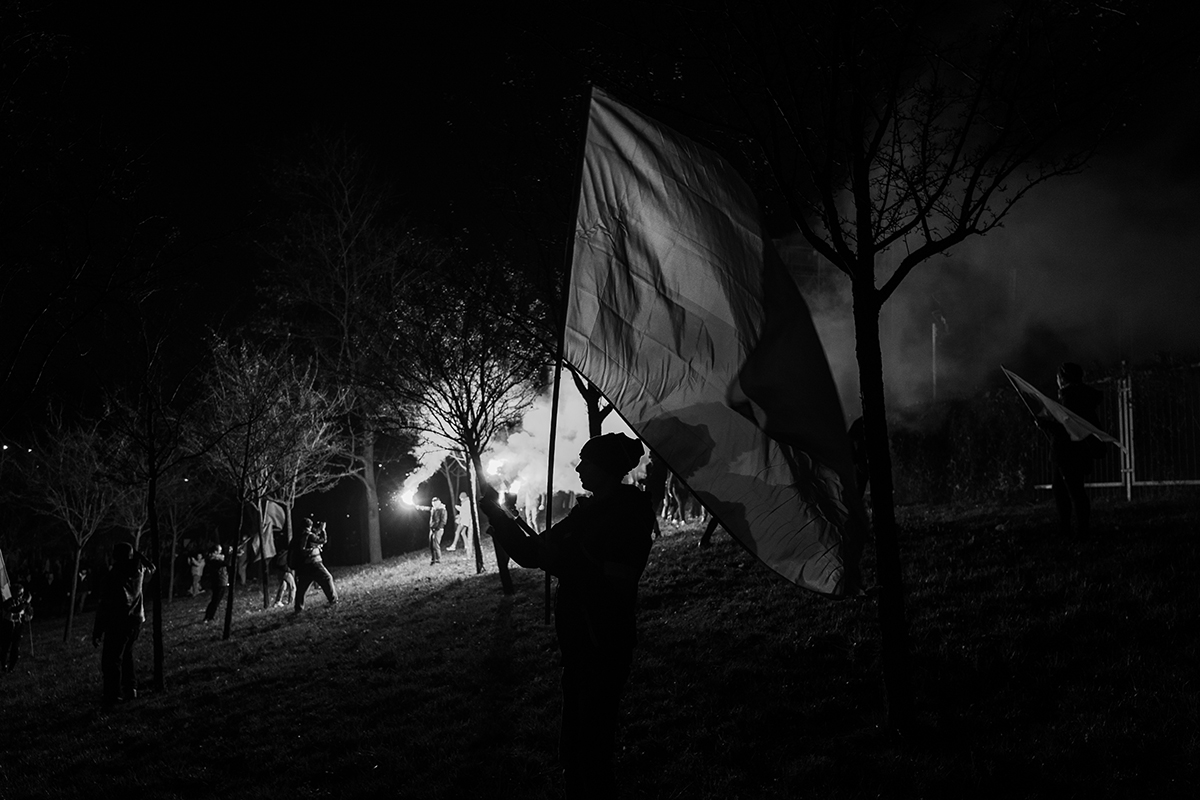 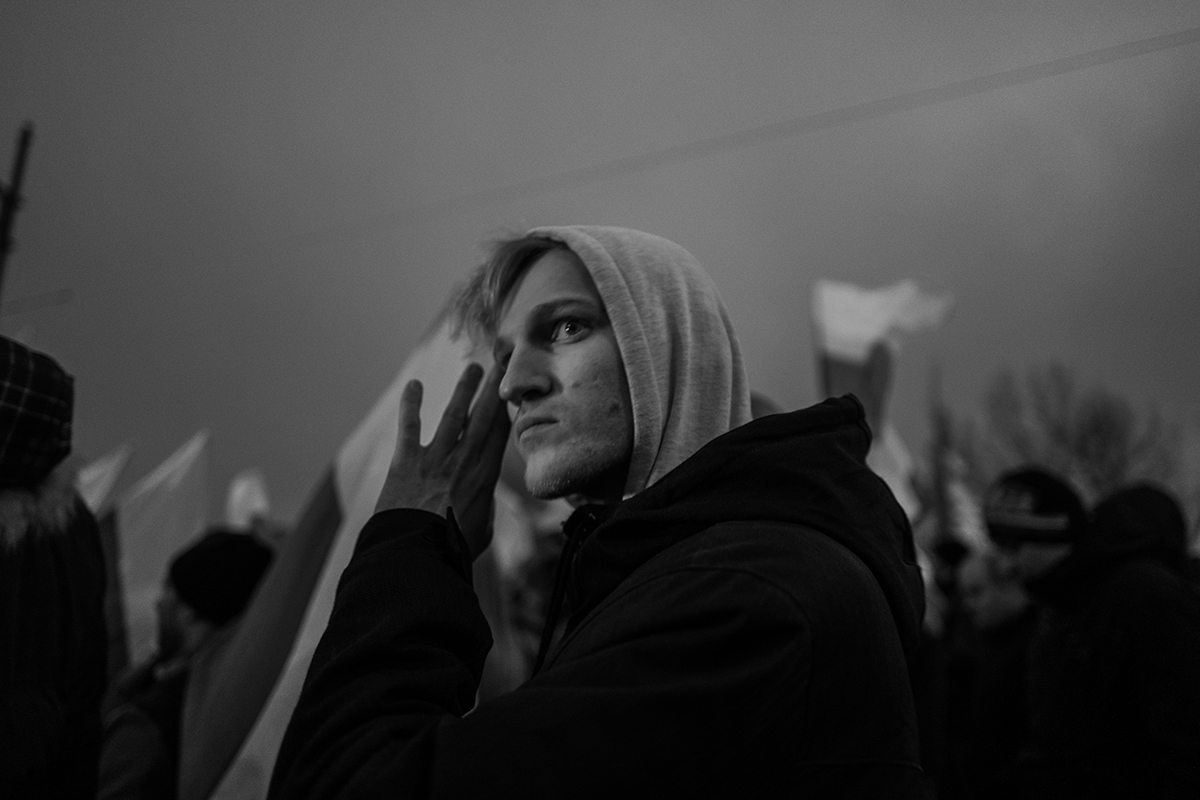 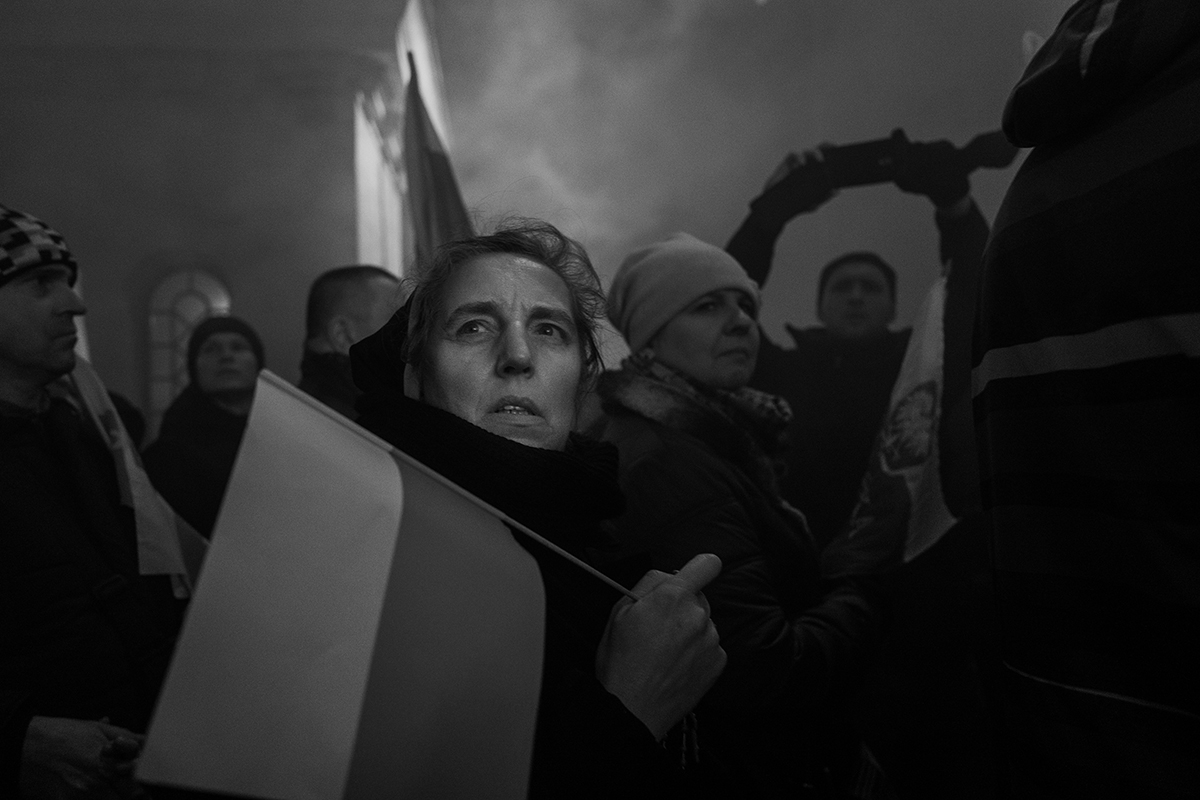 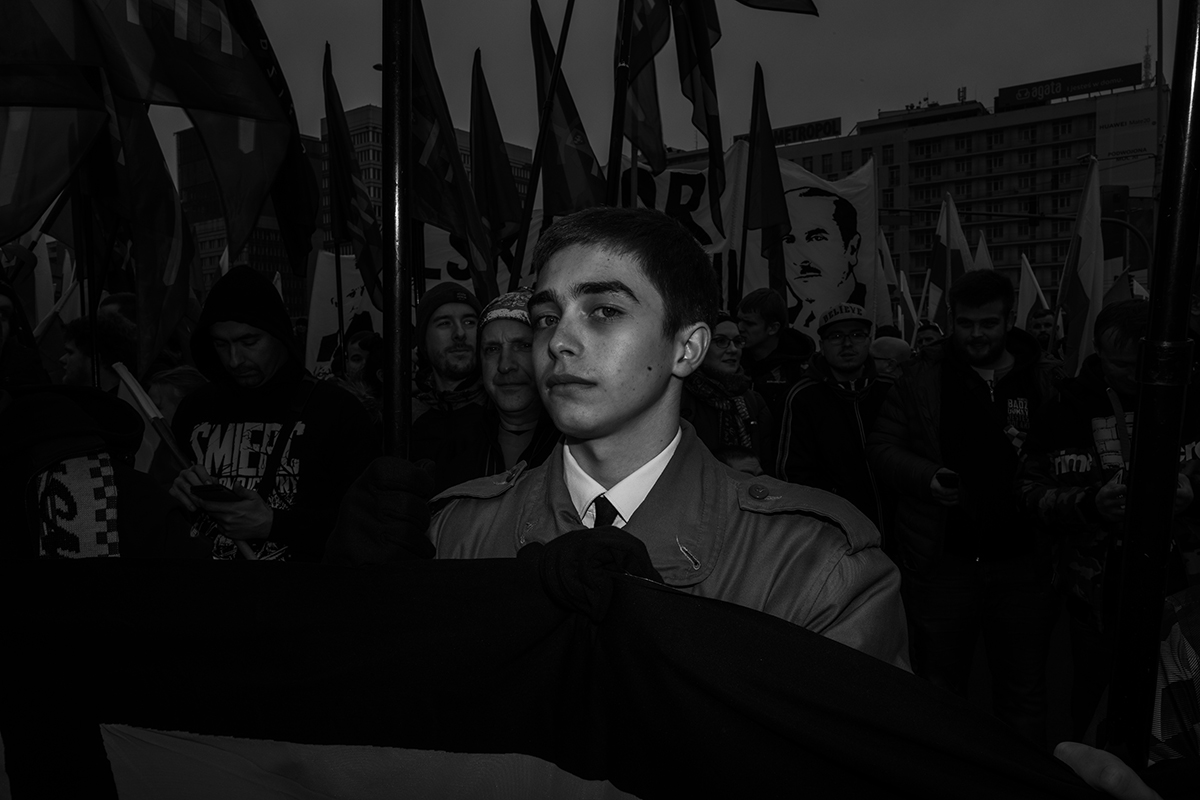 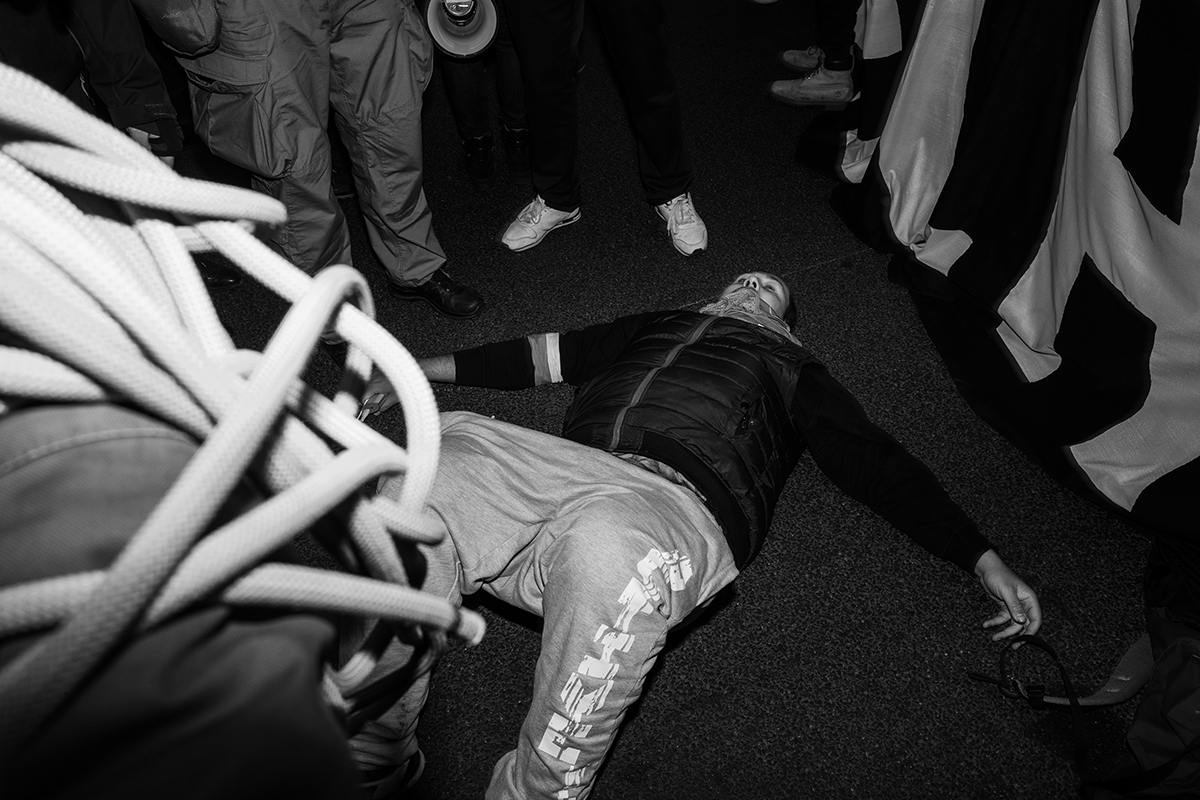 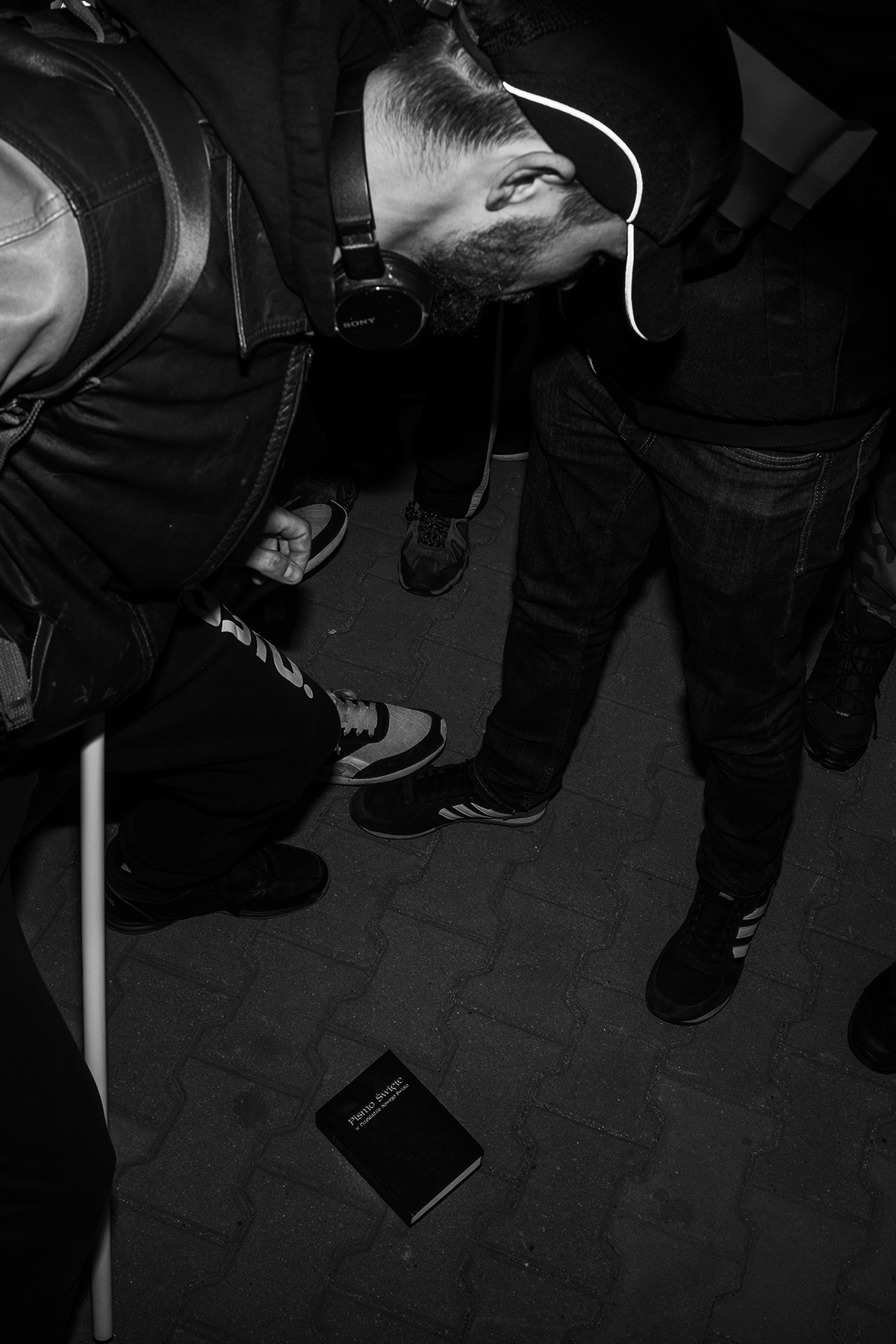 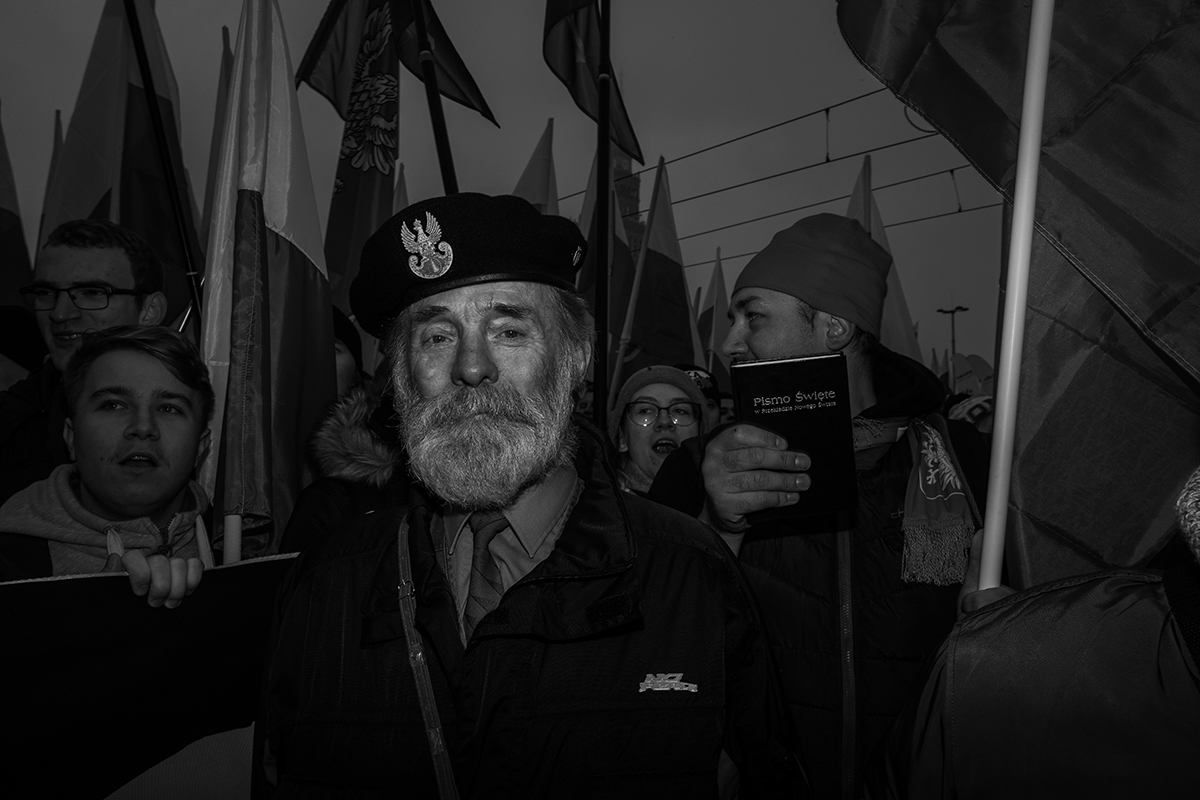