Louis De Belle (b. 1988, Milano) studied at the Politecnico di Milano (BA) and Bauhaus–Universität Weimar (MFA). His works have been published by the likes of The Washington Post, Libèration, WIRED, It’s Nice That and The Independent. His photographs have been exhibited in festivals, galleries and museums, including The Royal Albert Hall in London and the KINDL Centre for Contemporary Art in Berlin. He published Failed Dioramas (2015), Besides Faith (2016) and Disappearing Objects (bruno, 2018). His series Cartographies has been included by Joel Meyerowitz and Colin Westerbeck in the latest edition of Bystander: A History of Street Photography. He currently lives in Milano.

Every two years, the members of the religious industry and representatives of the clergy meet in the North East of Italy for the World Fair for Church supplies, liturgical and ecclesiastical art. According to the BBC, the Italian market for religious goods is worth an estimated $5.2b a year.

De Belle gained access to the fair as a journalist but portrayed the event with a keen eye on paradoxical and unconventional aspects of it. He placed himself in the role of a distant observer, focusing on how one’s perception of sacredness might change by looking at religious items displayed and handled in a different environment. The trade fair’s functional infrastructure, stocked with clergy apparel, liturgical items and cult objects, becomes the backdrop of a “counter-reality” made of bored salesmen, busy nuns and misplaced items: a last supper is hanging before a modest refreshment, agonising crucifixes are being quickly deposited, while industrious sisters do their business.
Besides Faith is a photographic series focusing on the grey area between sacred and profane, through unusual juxtapositions and flashy insights into this one-of-a-kind trade show.

The project was featured in the news by The Washington Post, Libèration and The Independent among others, and was published as a limited edition artist book, printed on golden paper, with an introduction by Italian architect Matilde Cassani. 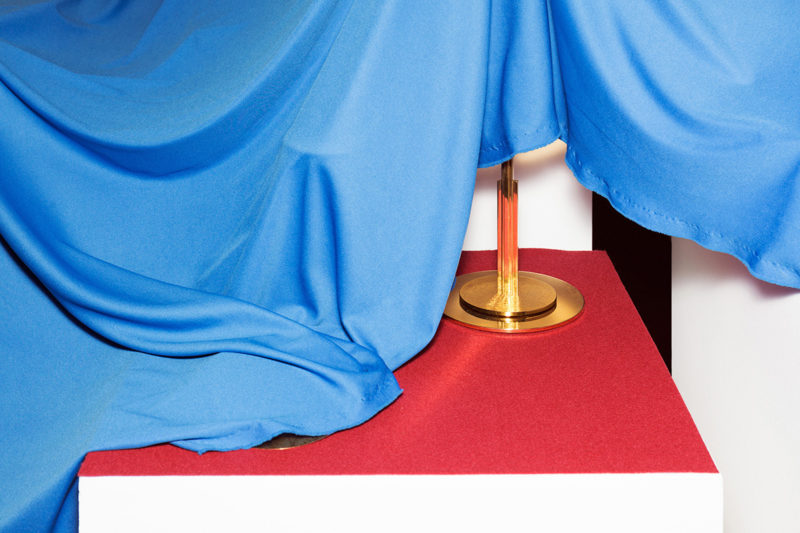 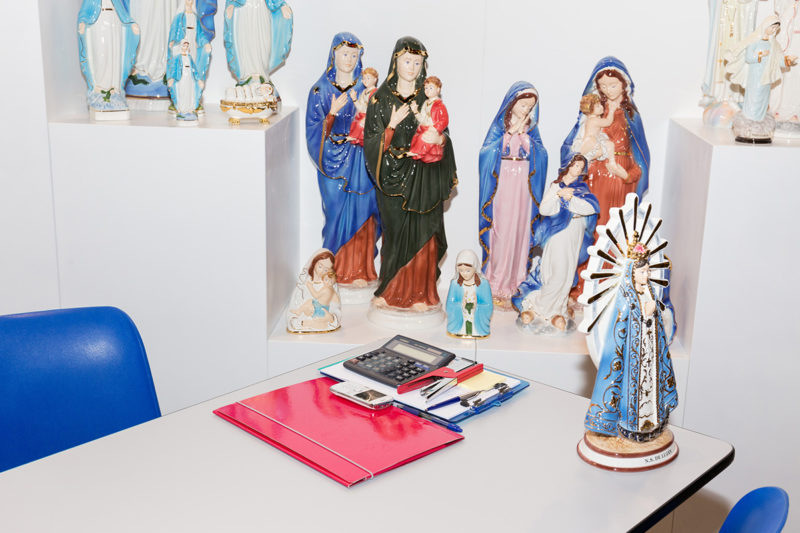 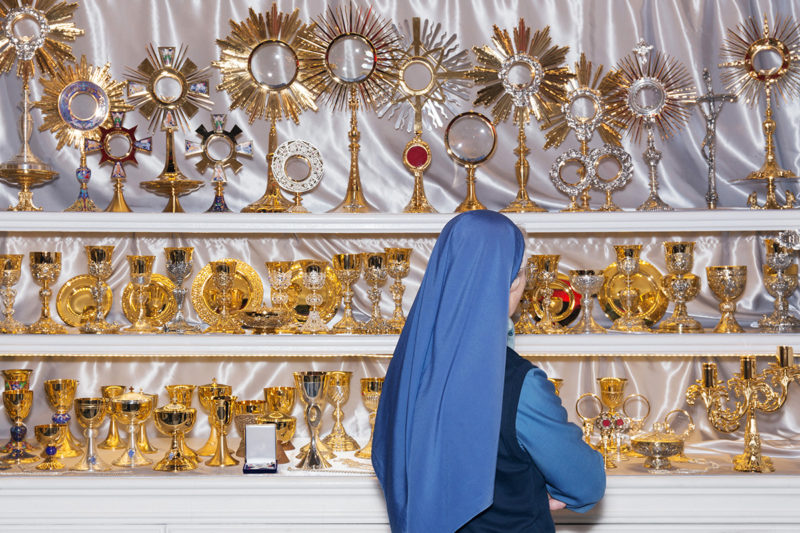 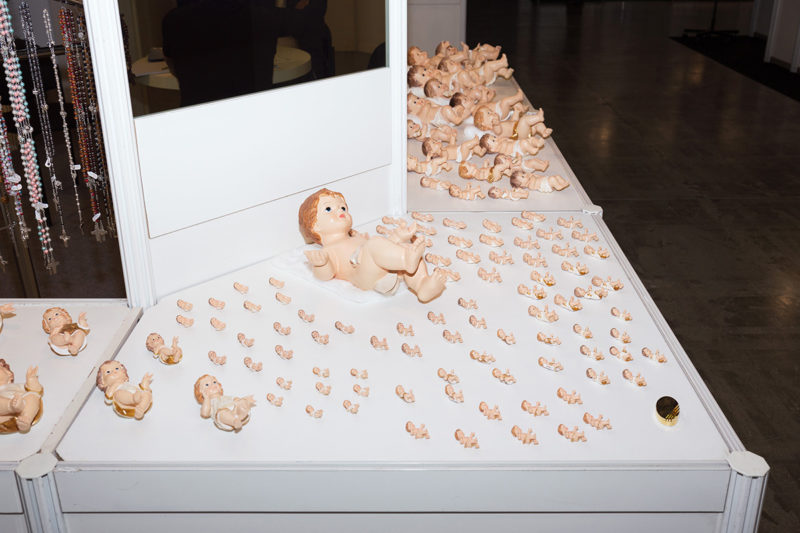 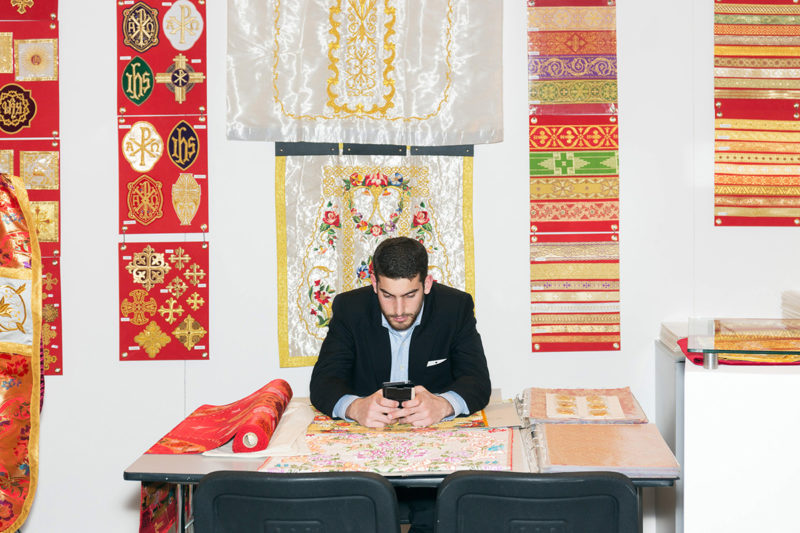 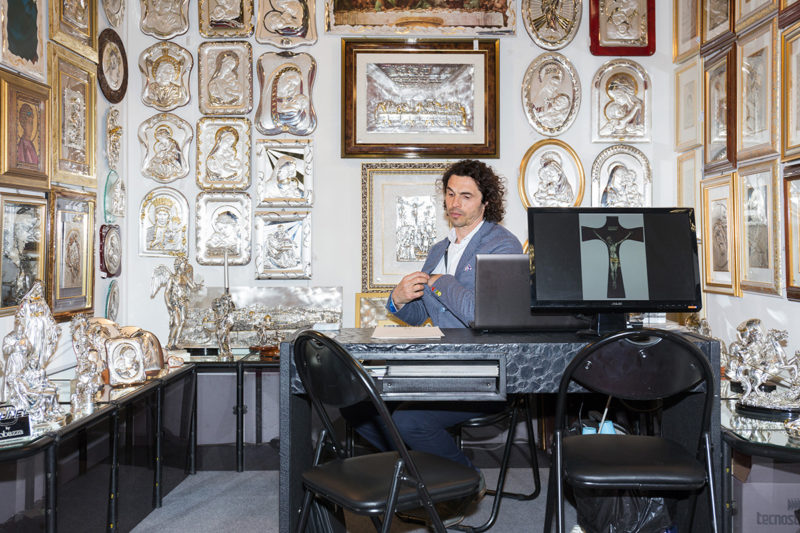 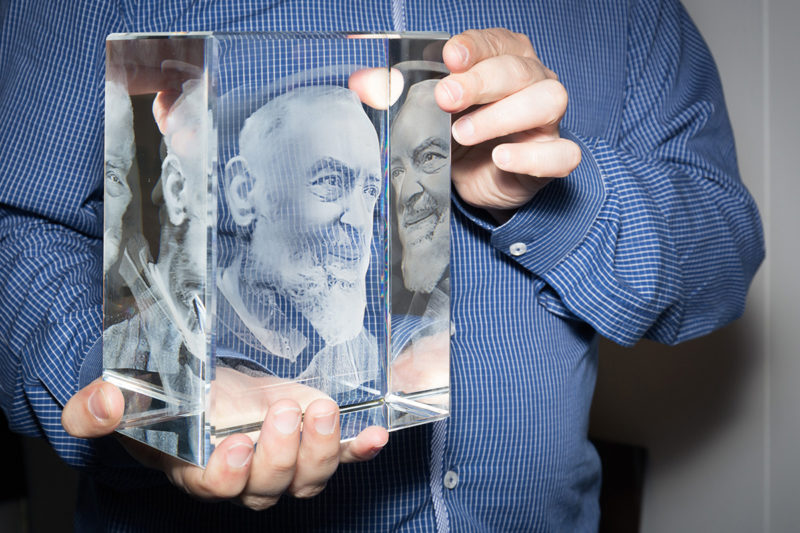 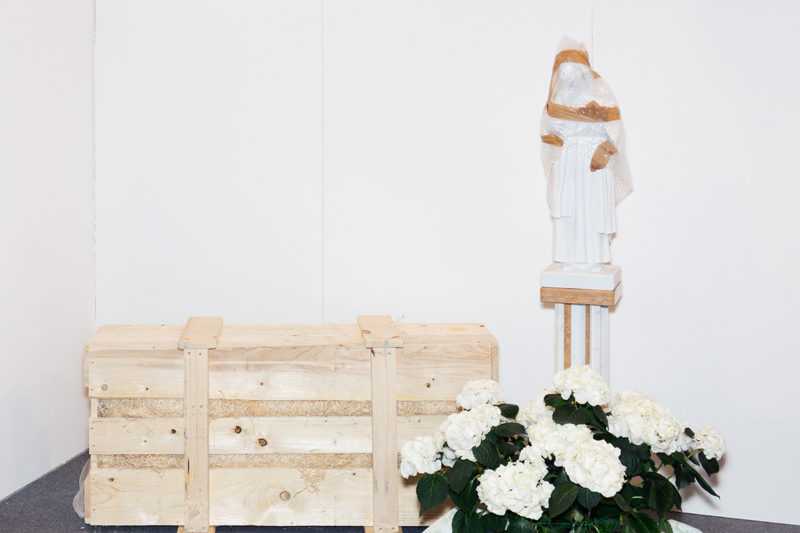 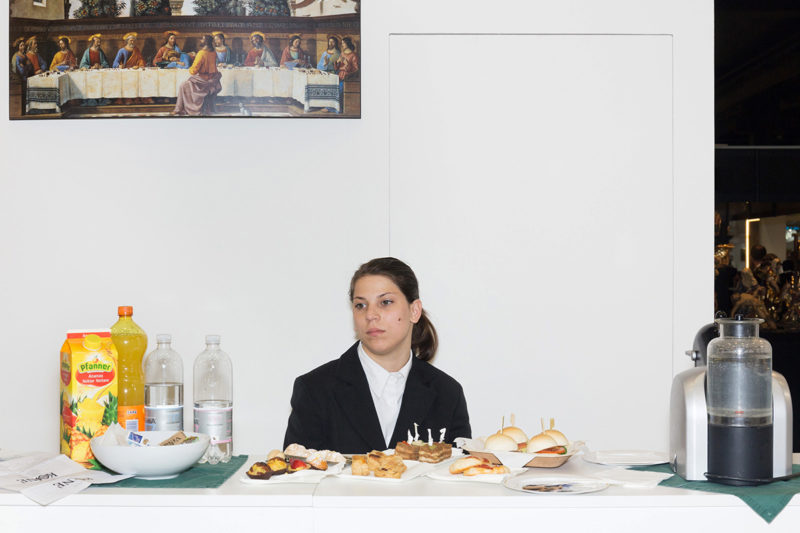 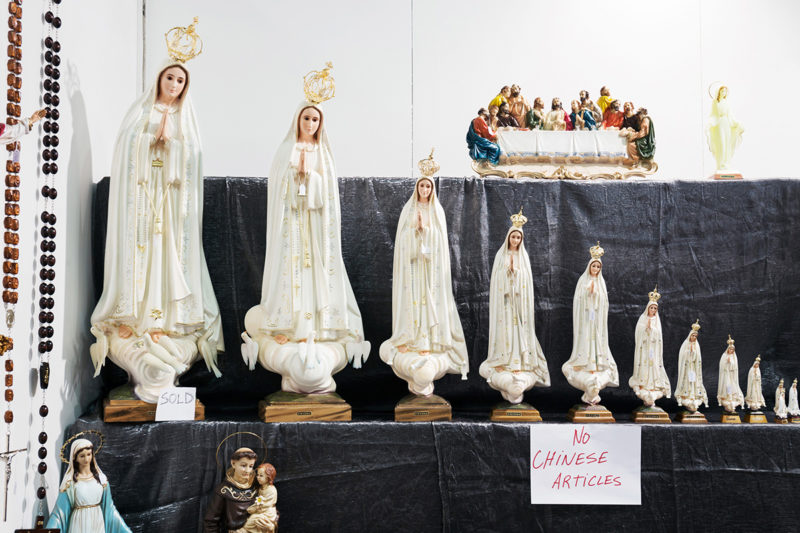 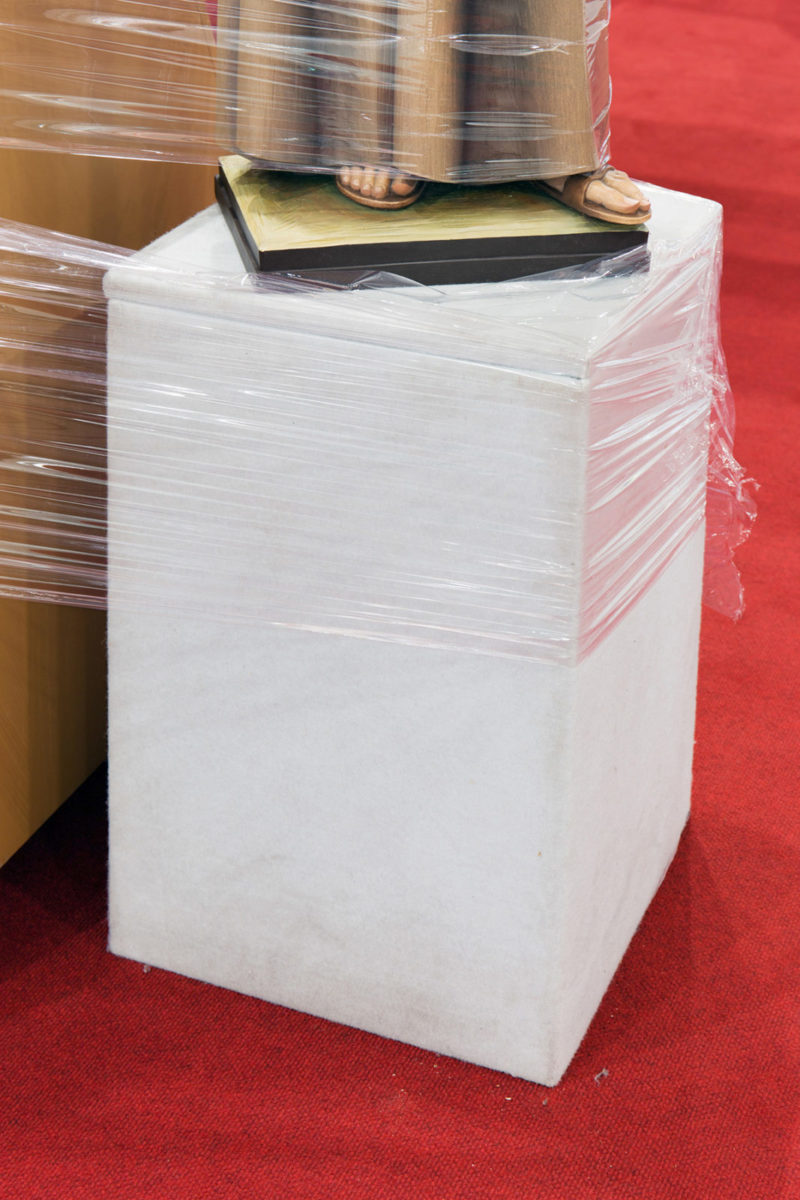 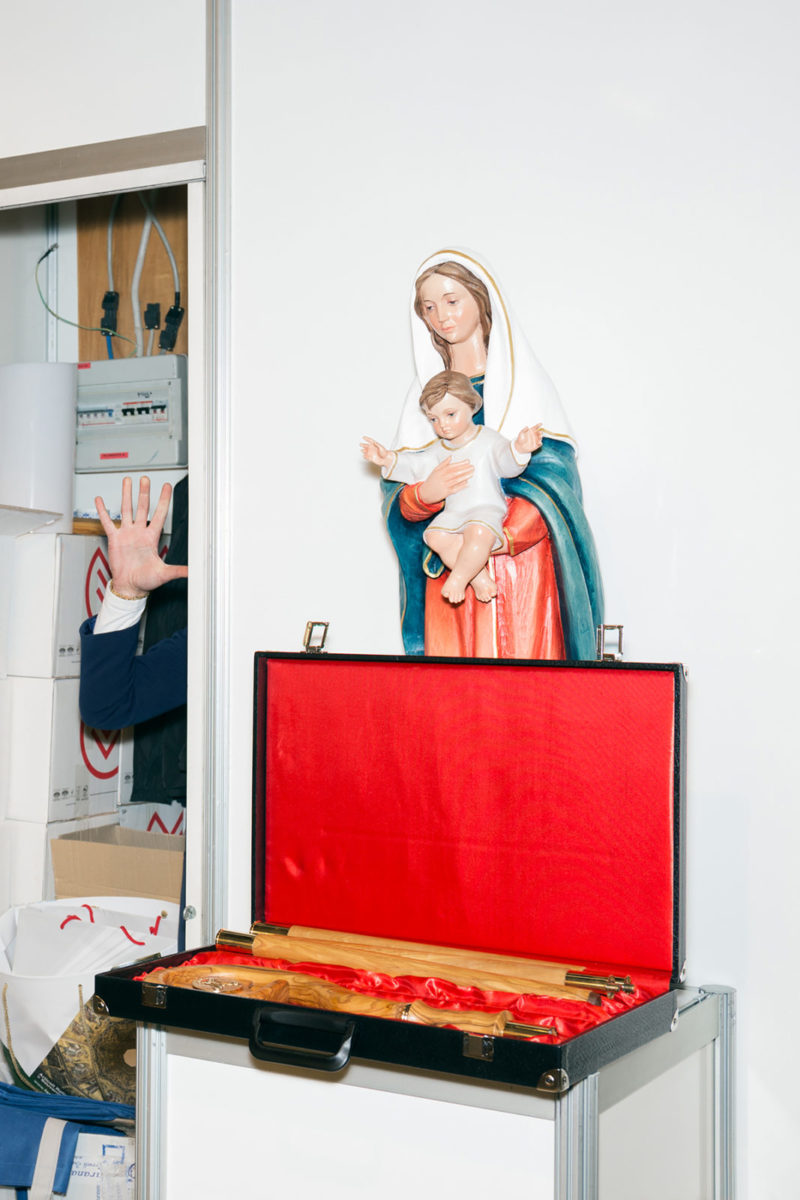 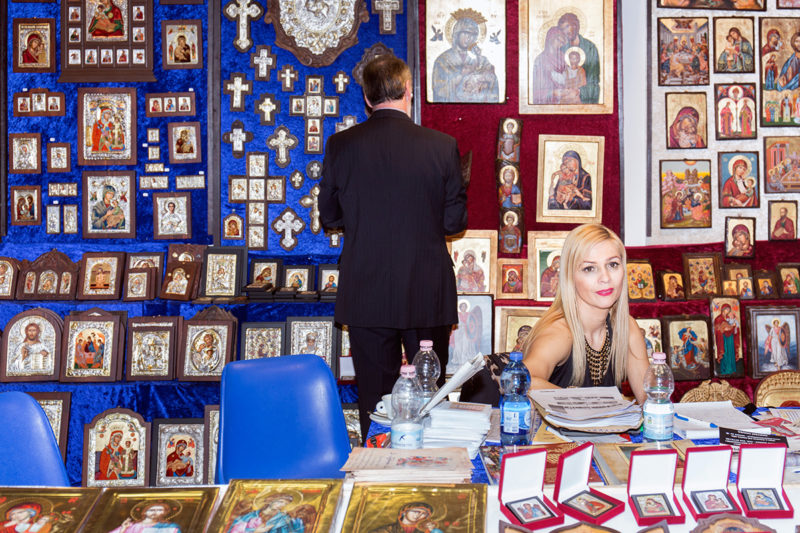 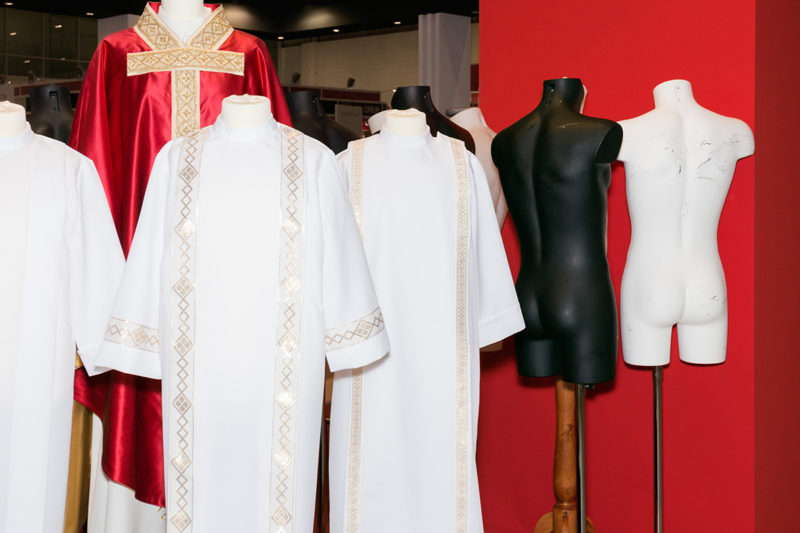 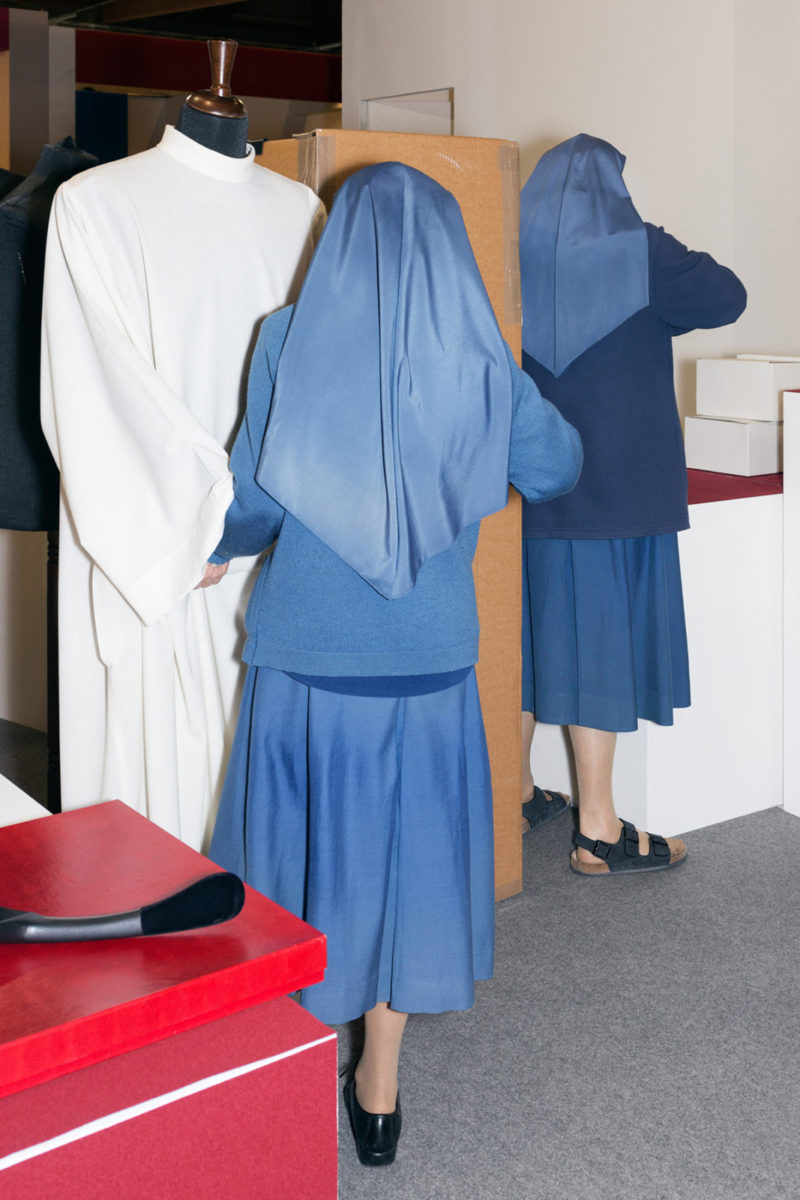