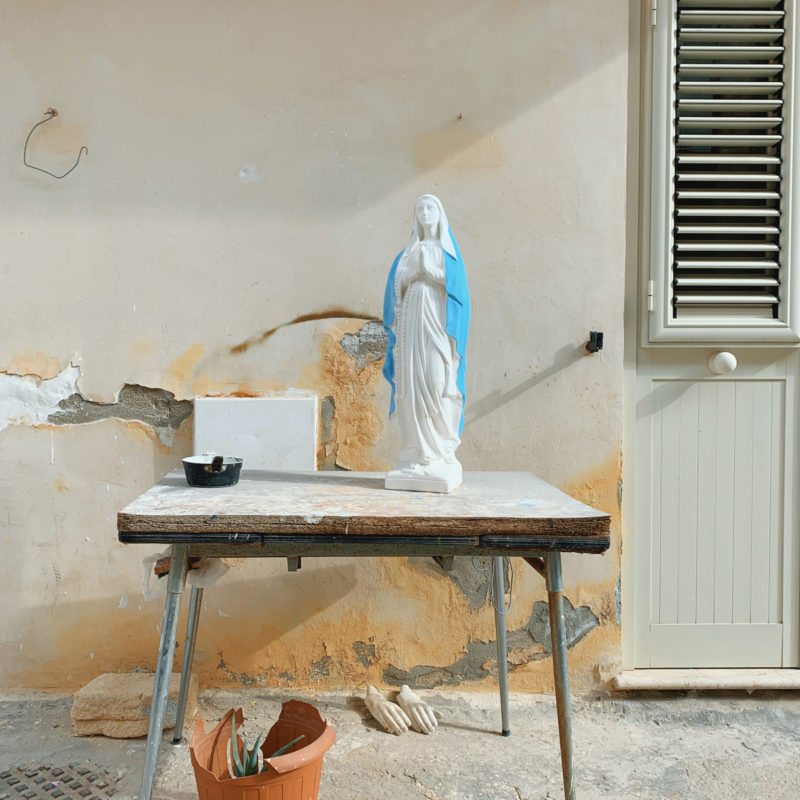 Leandro Colantoni  was born in 1991 and is an Italian self-taught photographer based in Agrigento. He started shooting during 2015, after discovering Luigi Ghirri’s Kodachrome. He immediately gives up on the idea to enroll in Academy, but he decided to deepen the discipline by consulting essays and photographic books by various authors. In his first phase he was influenced by the movement of the Italian landscape school and the American “New Topographics”, using photography as a means of investigating the Sicilian landscape. Today, his work is mainly focused on cultural documentation of the dailylife, using an iPhone as the main photographic medium.

‘Ultimo Paesaggio Siciliano’ is a visual investigation of contemporary Sicily made exclusively with an iPhone. Its focus is the daily documentation of landscapes, culture and people who live there. The choice of the word ‘Ultimo’ (last) is not accidental: it represents the two main concepts related to the project. ‘Ultimo’ as closest in time, recent, contemporary; and ‘Ultimo’ as the final, referring to a Sicily that maybe one day we will no longer see this way, with traditional customs that risk to fade and disappear with time. This series is indeed both a testament of Sicily and my personal research, which allows me to investigate everything that surrounds me and to show others a more intimate and daily point of view of this island – the other side of it, that postcards don’t show.