Kristin Bedford is a photographer who focuses on long-term visual studies of where we live – the streets we walk down, the places we worship in, the homes we create, and the spaces between them all. Her subjects have included street culture in numerous urban centers, religious movements, the modern day legacy of historic African American communities, and Mexican American lowrider car culture.

Bedford’s work has been featured in The New York Times, Esquire, The Huffington Post and Slate. Her photographs are part of the permanent collection at the Archive of Documentary Arts at Duke University and are included in numerous private collections. Bedford has had solo exhibitions at the Daylight Project Space, The Brehm Center, and the Allen Gallery at Duke University.

Bedford holds a B.A. from George Washington University, an A.A. from The Fashion Institute of Technology, and an M.F.A. from Duke University. Born and raised in Washington, DC, Bedford resides in Los Angeles and works on photography projects throughout the U.S.

About ‘The Perfect Picture‘:

Father Divine, known to his followers as God, once had tens of thousands of devotees in 1930s Harlem. To the outside world Father Divine died in 1965, but for his followers he “lay his body down” and is still with them as he always has been. Now in their seventies, eighties, and nineties, eighteen of the remaining celibate followers live with Mother Divine at Father’s estate outside of Philadelphia. In 2013, I spent five weeks living with and photographing this community.

I met the followers, who call themselves “The International Peace Mission Movement,” at one of their “holy communion banquets.” During the 1930s, the banquets fed thousands of people, and the masses would gather to hear Father Divine talk while they dined. Today, the followers still set out all the fine china and pressed linens on a long, stately banquet table, but with only a handful of visitors. I was captivated by the movement’s abiding faith and dedication to performing this ritual.

The followers spend their days cooking, cleaning, and gardening in preparation for the banquets. They keep Father Divine’s photo in every room, set a place for him at the head of the table, and put fresh flowers on his desk. In these ways they maintain a visual and real dialogue with Father Divine, often speaking directly to him. I came to see that it was in their daily chores that they strove to manifest his presence. Working to arrange these holy meals was a way to embody Father Divine’s vision of racial equality and harmonious communal living. Father Divine preached that if a follower understood the significance of the “holy communion banquet,” they embodied his ideals, and could in turn create “The Perfect Picture.” Separated from the outside world, the followers spend their remaining days enacting rituals to make “The Perfect Picture” and to honor their God.

With the lack of new followers, their movement is likely in its final chapter. My visit felt like a special intersection of time, history, and devotion. I had the chance to experience their traditions before they fade away. With these photographs I hope to offer glimpses of a mysterious and enduring faith. 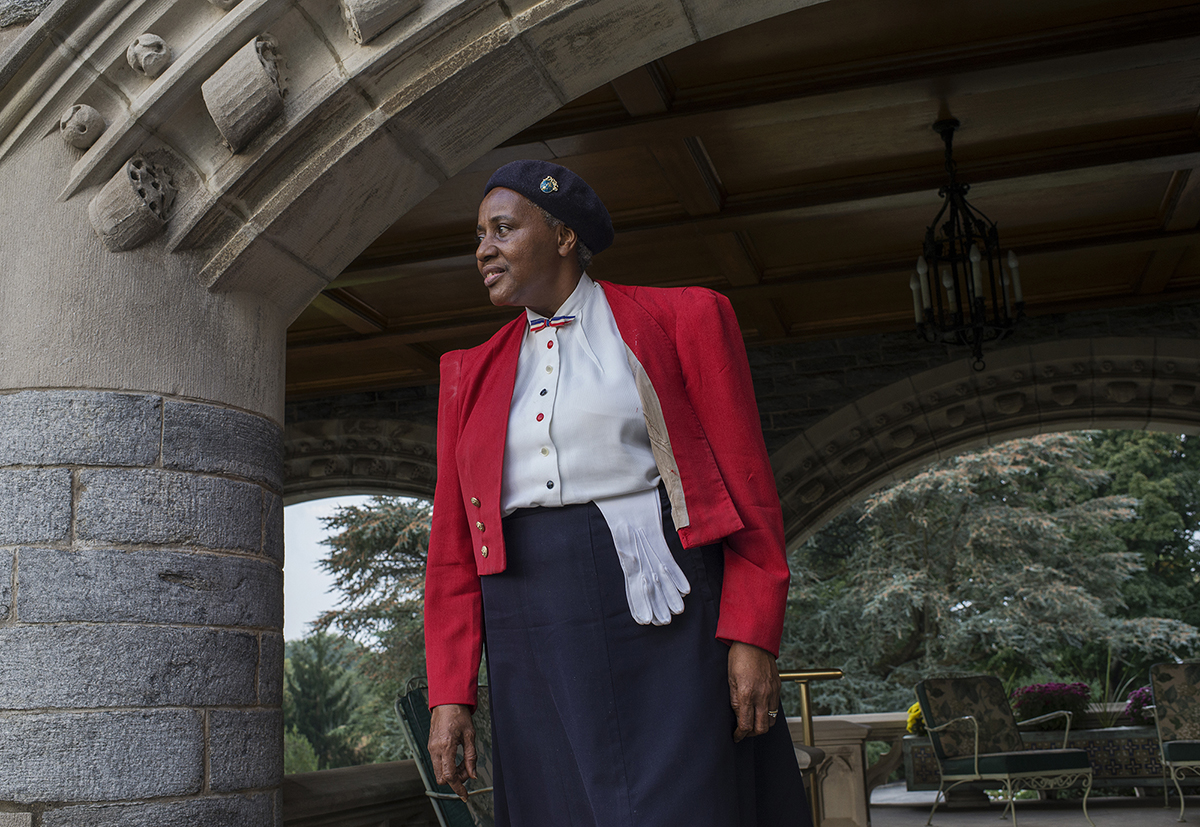 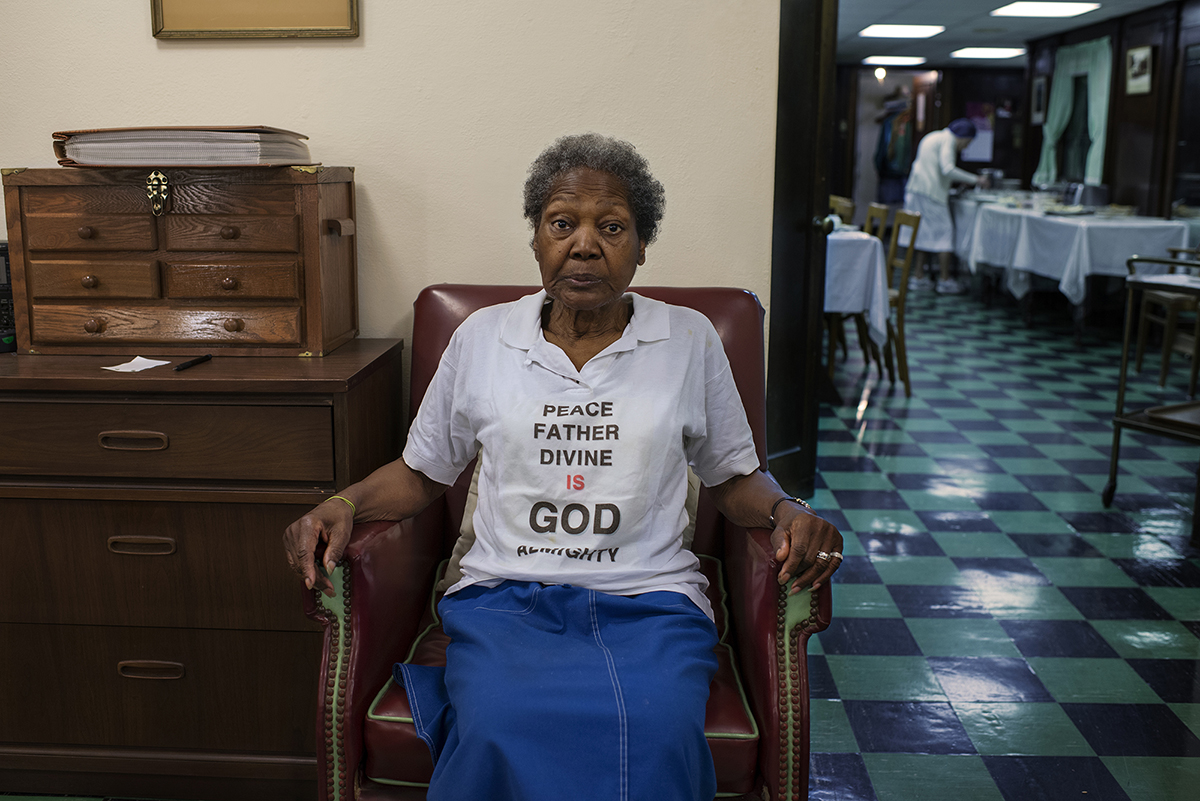 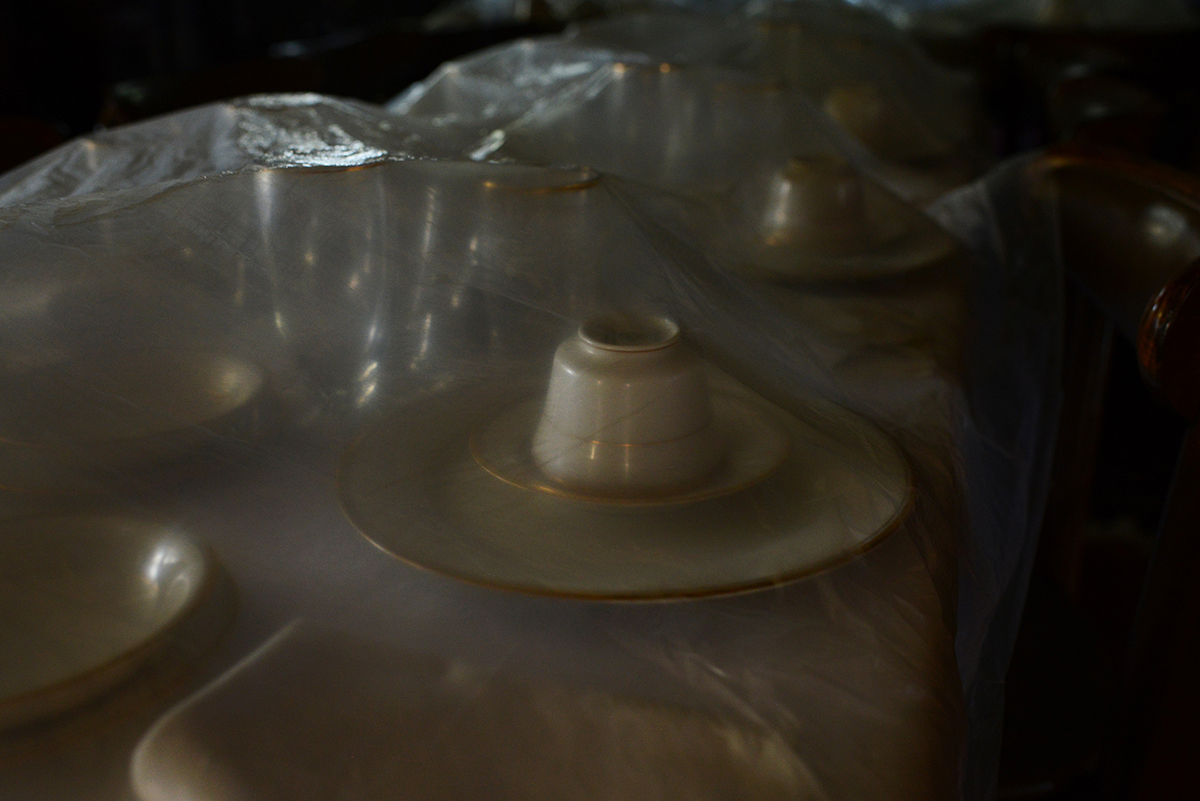 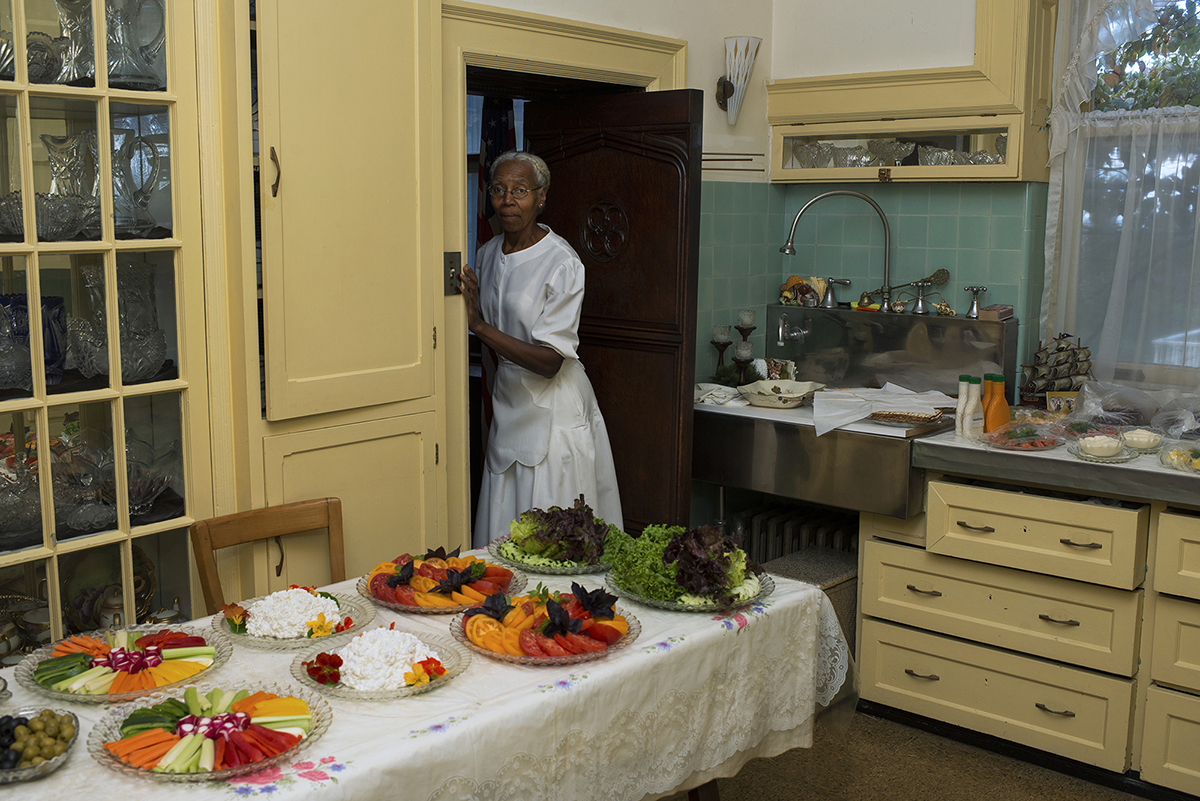 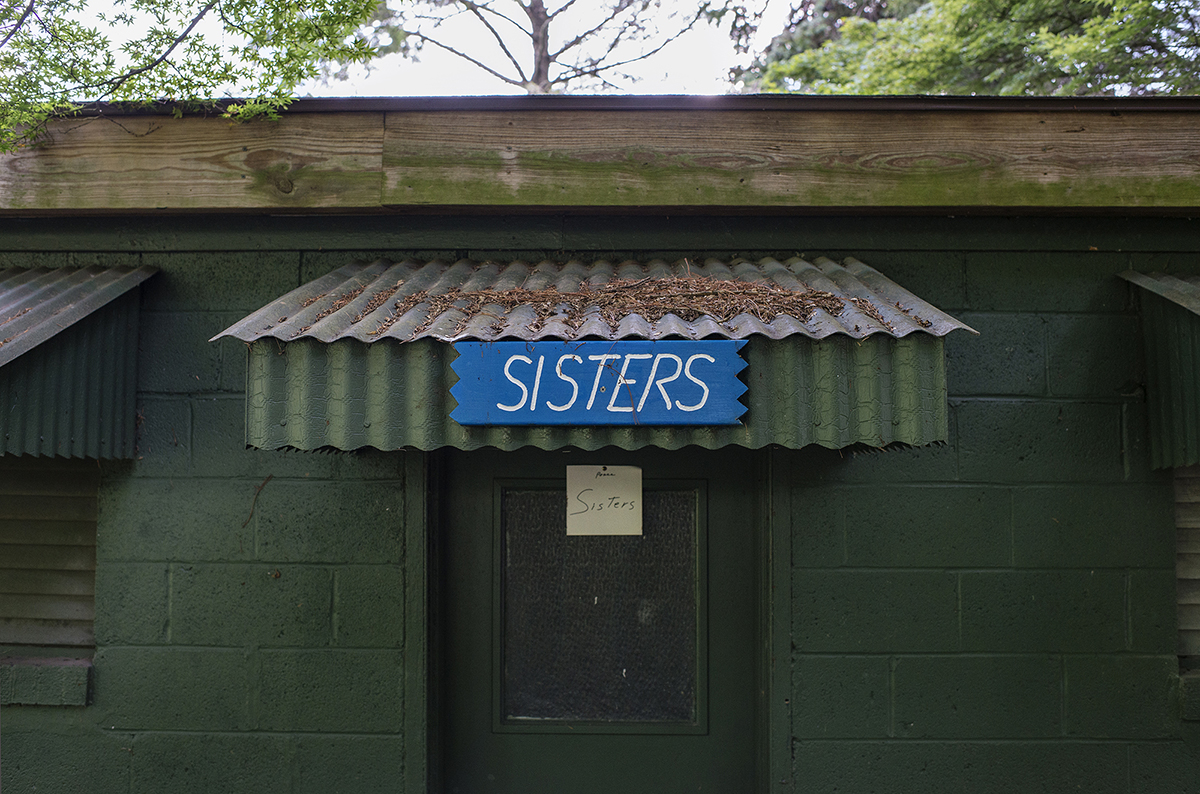 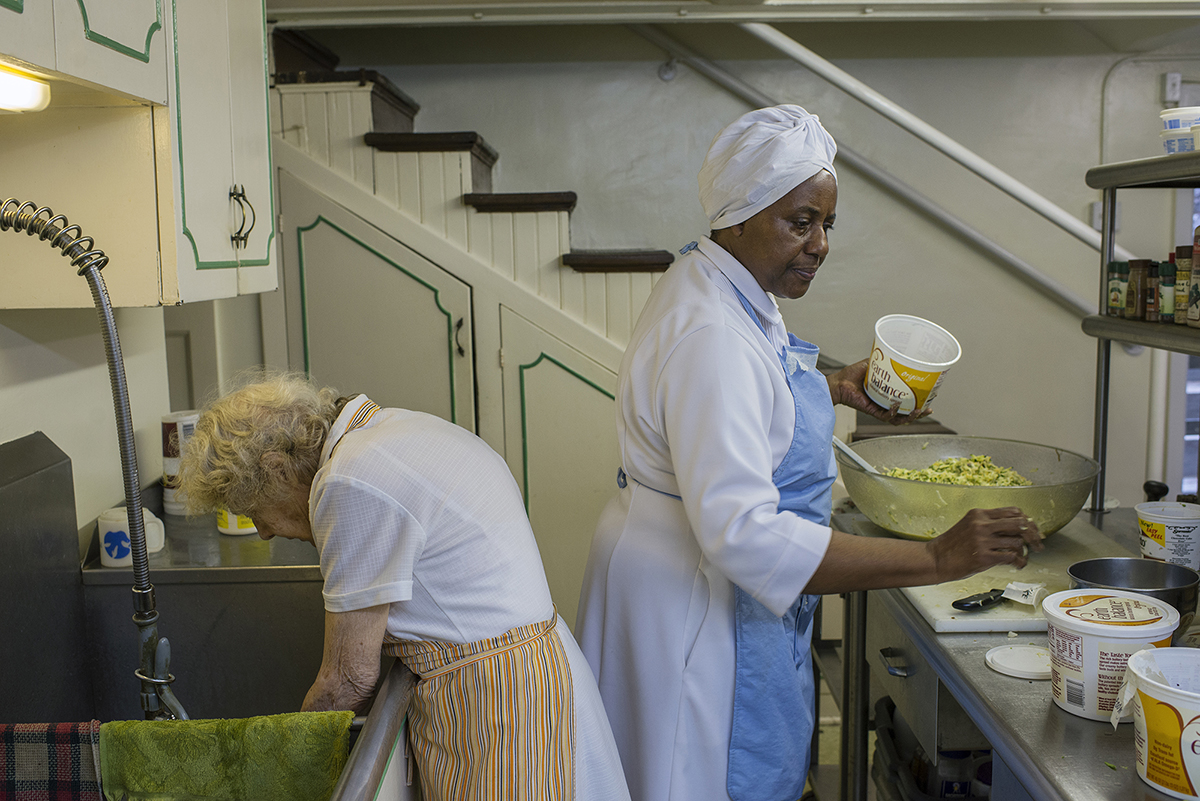 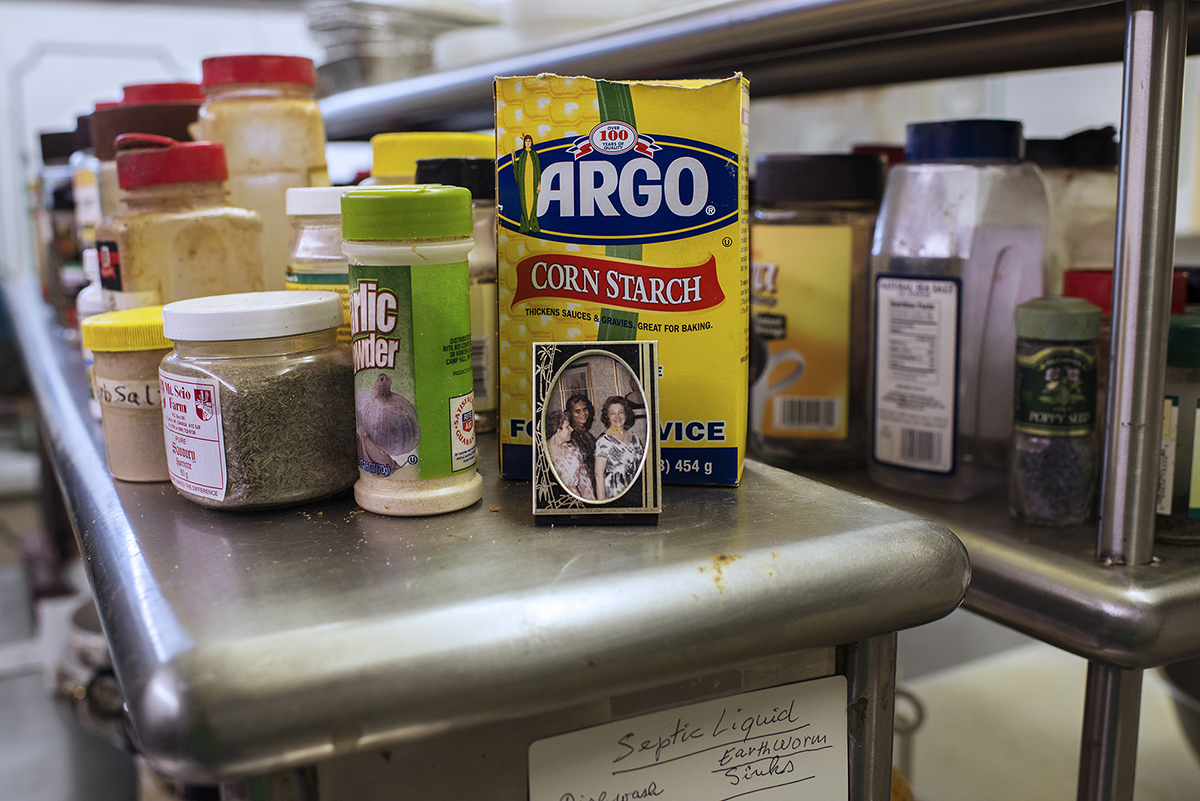 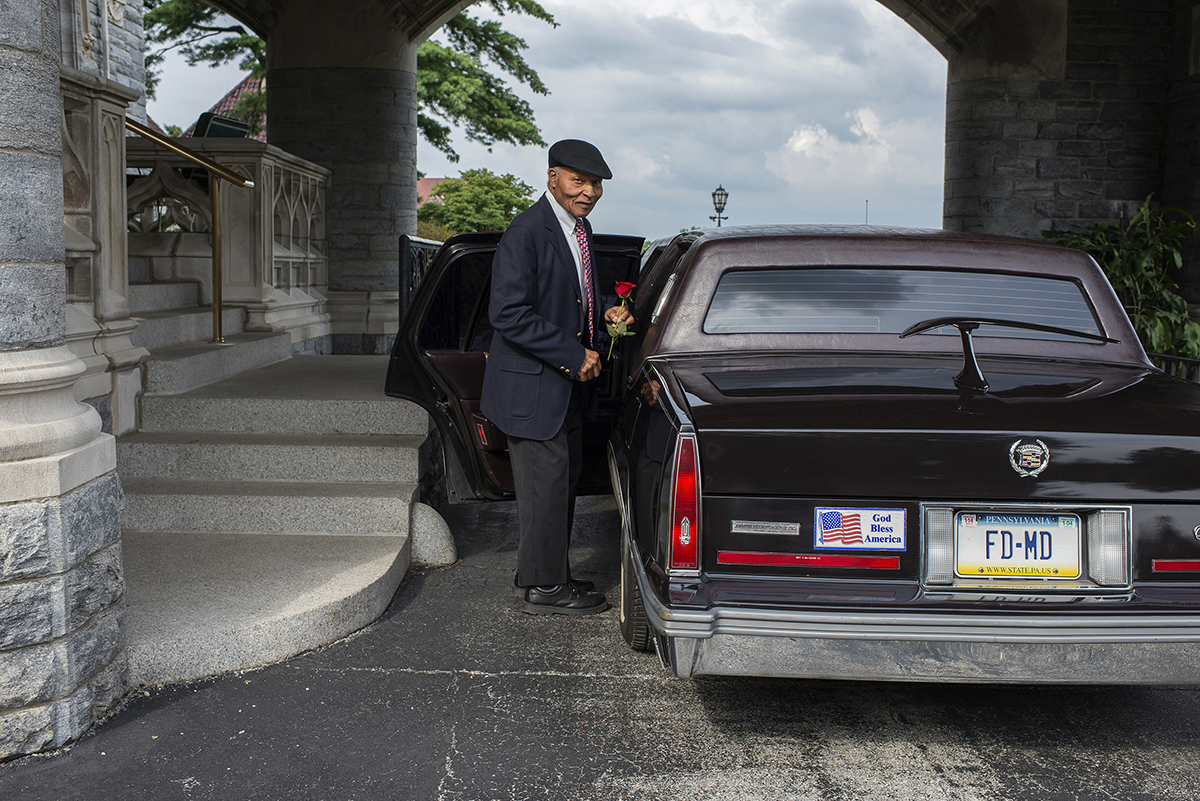 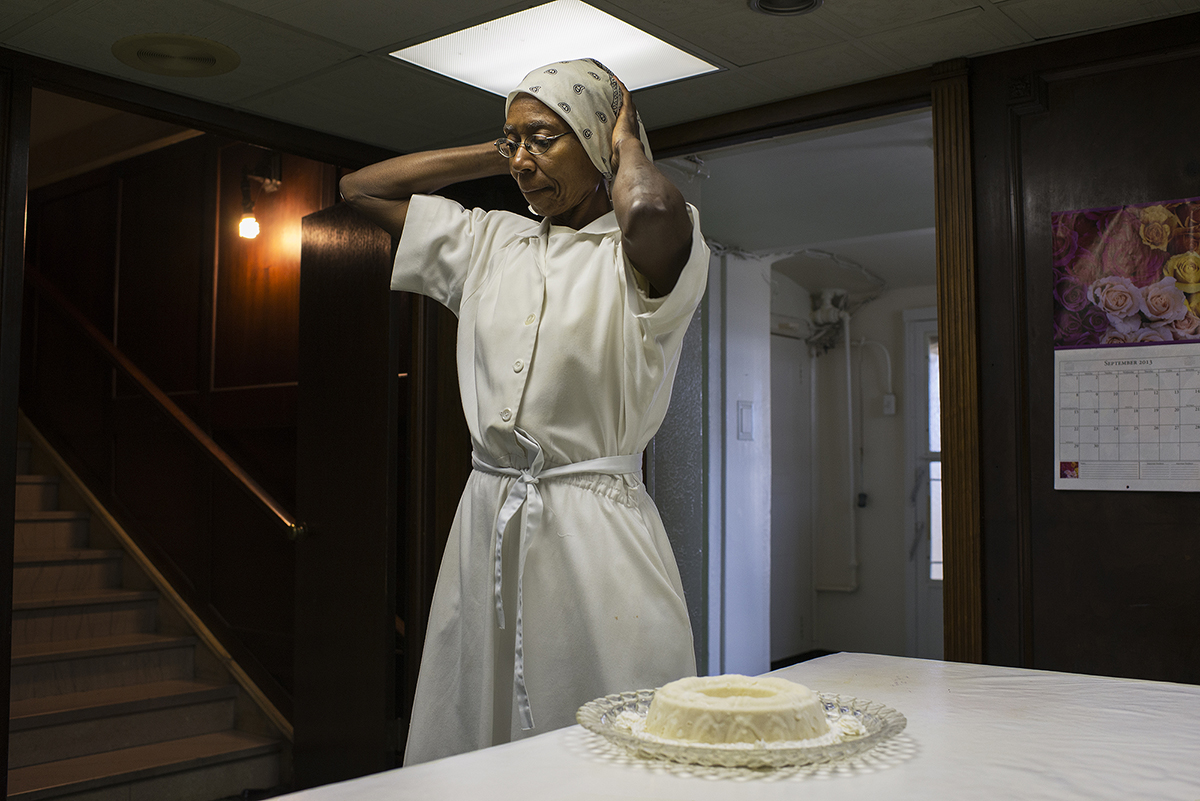 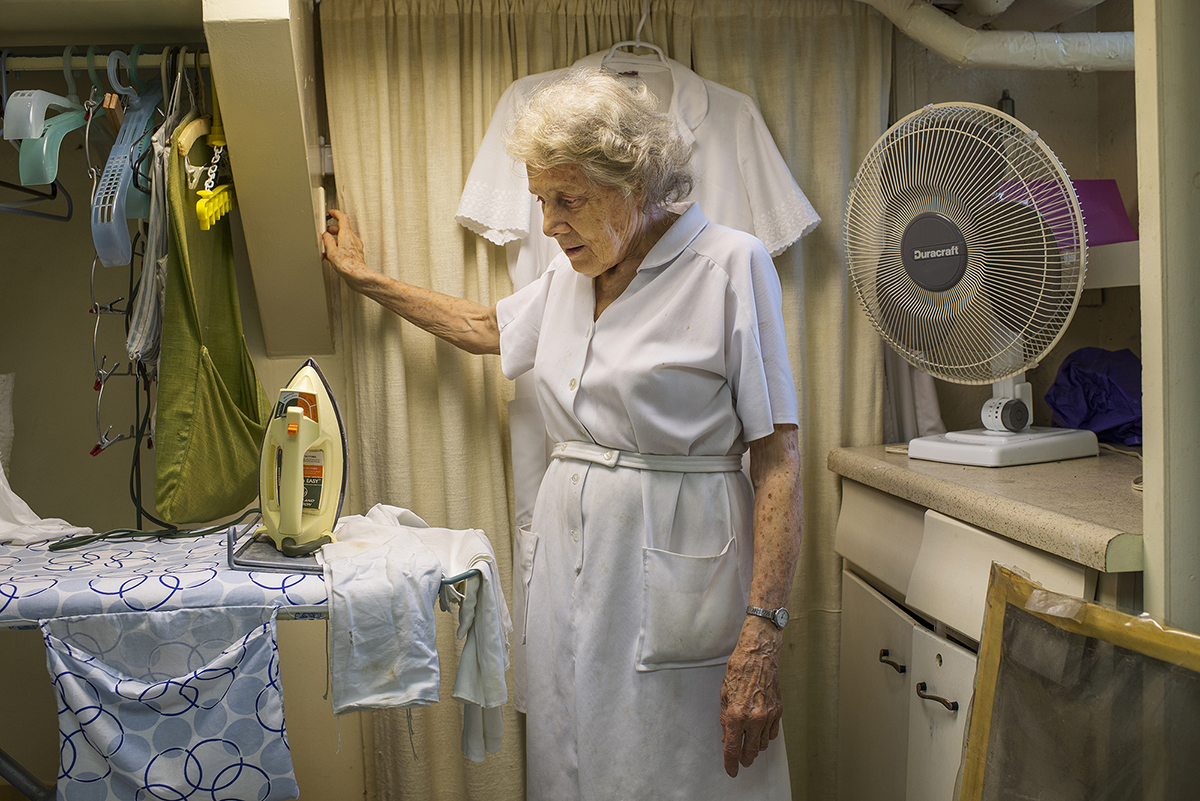 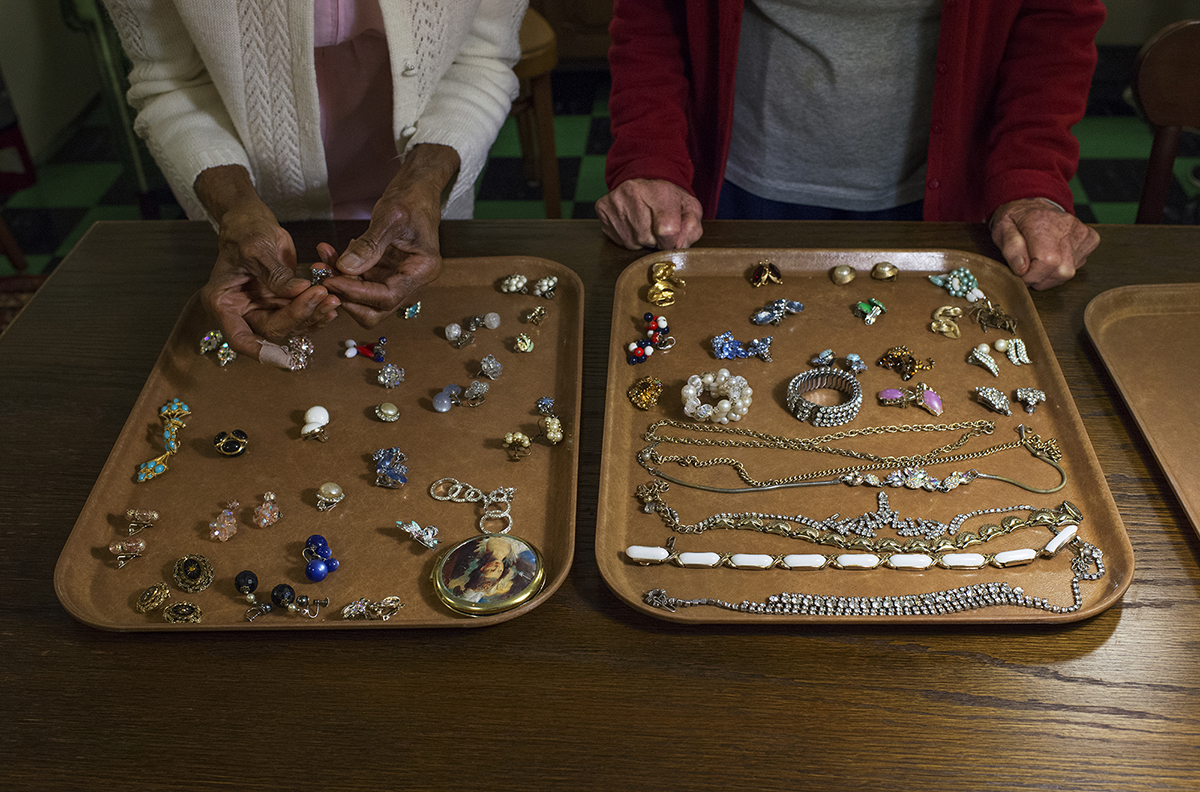 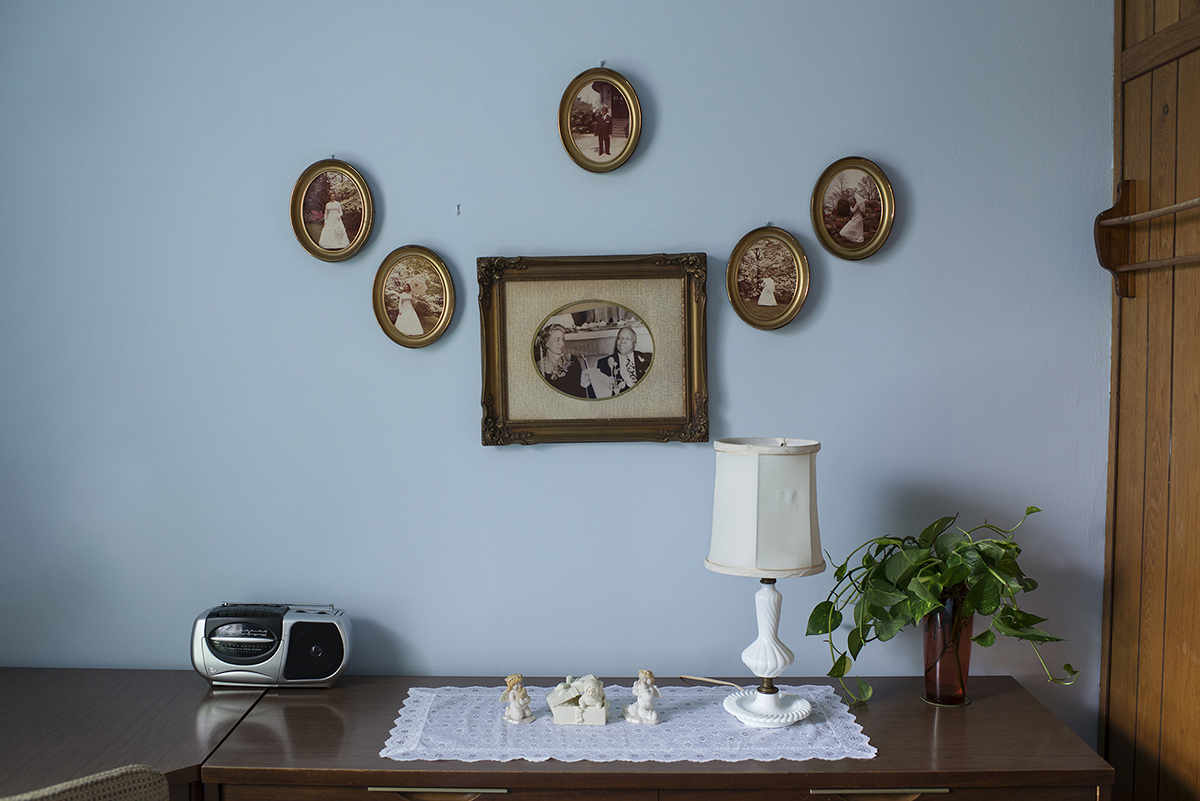 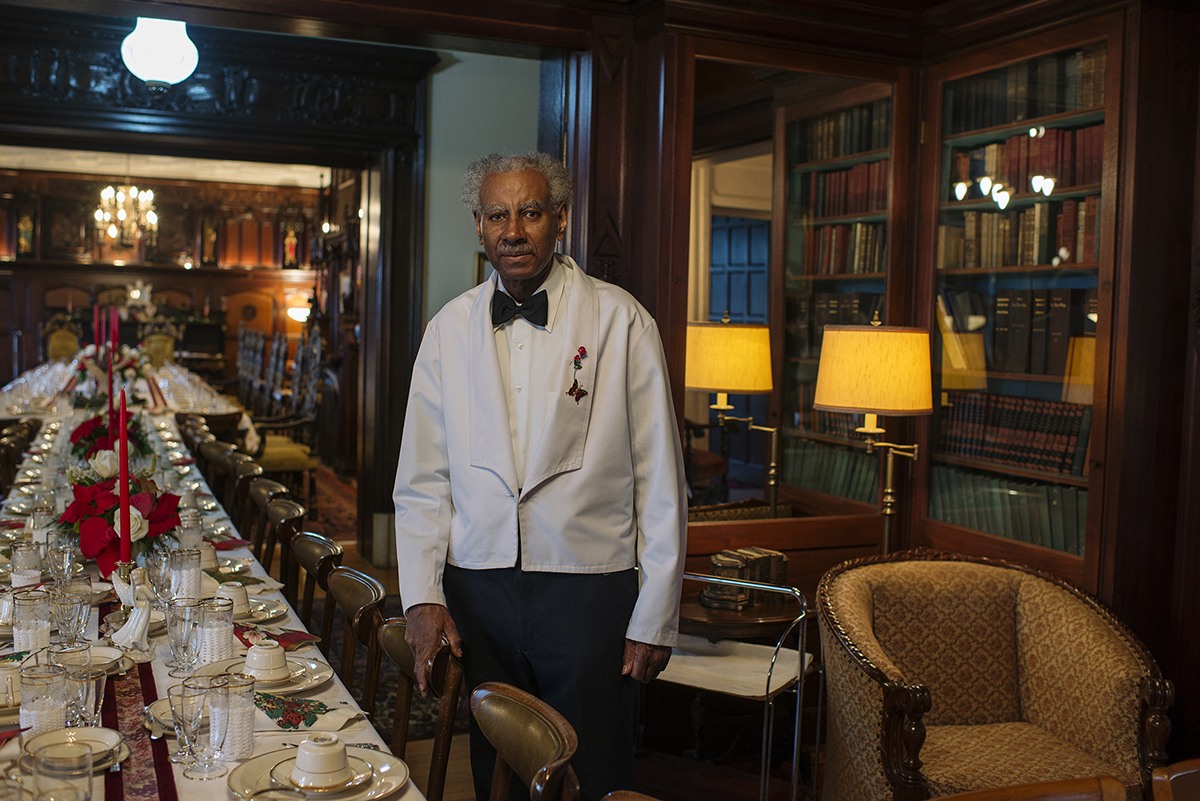 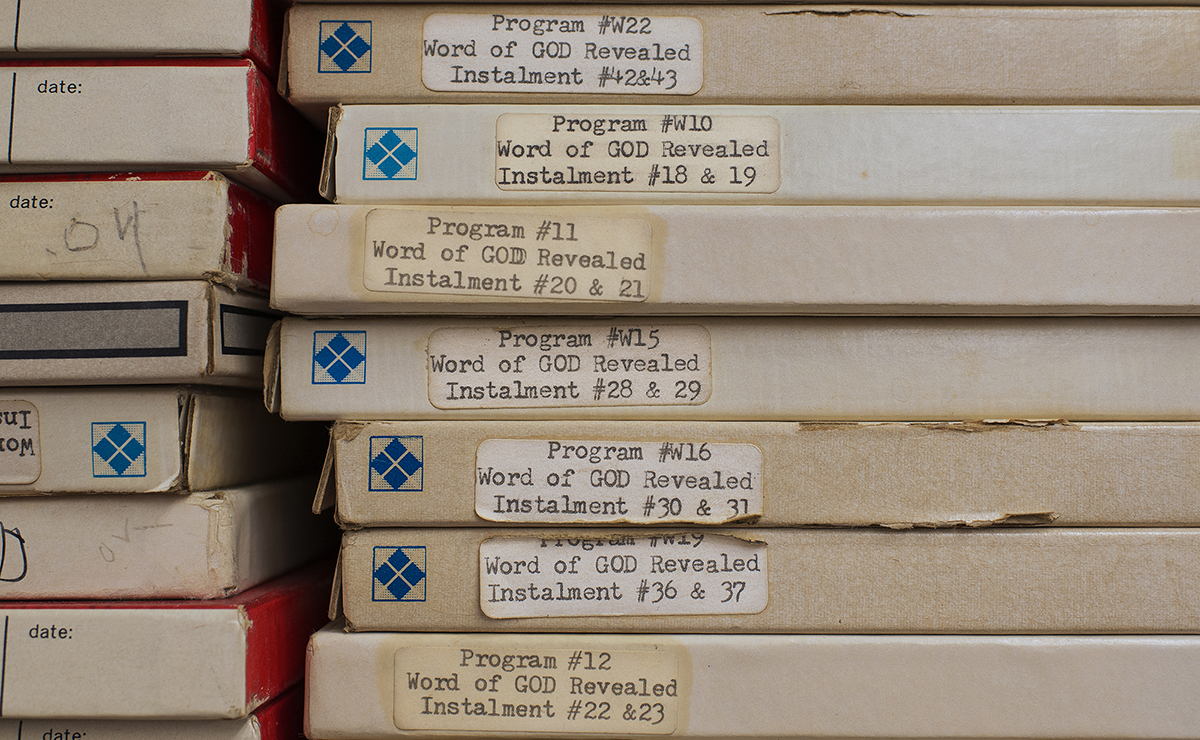 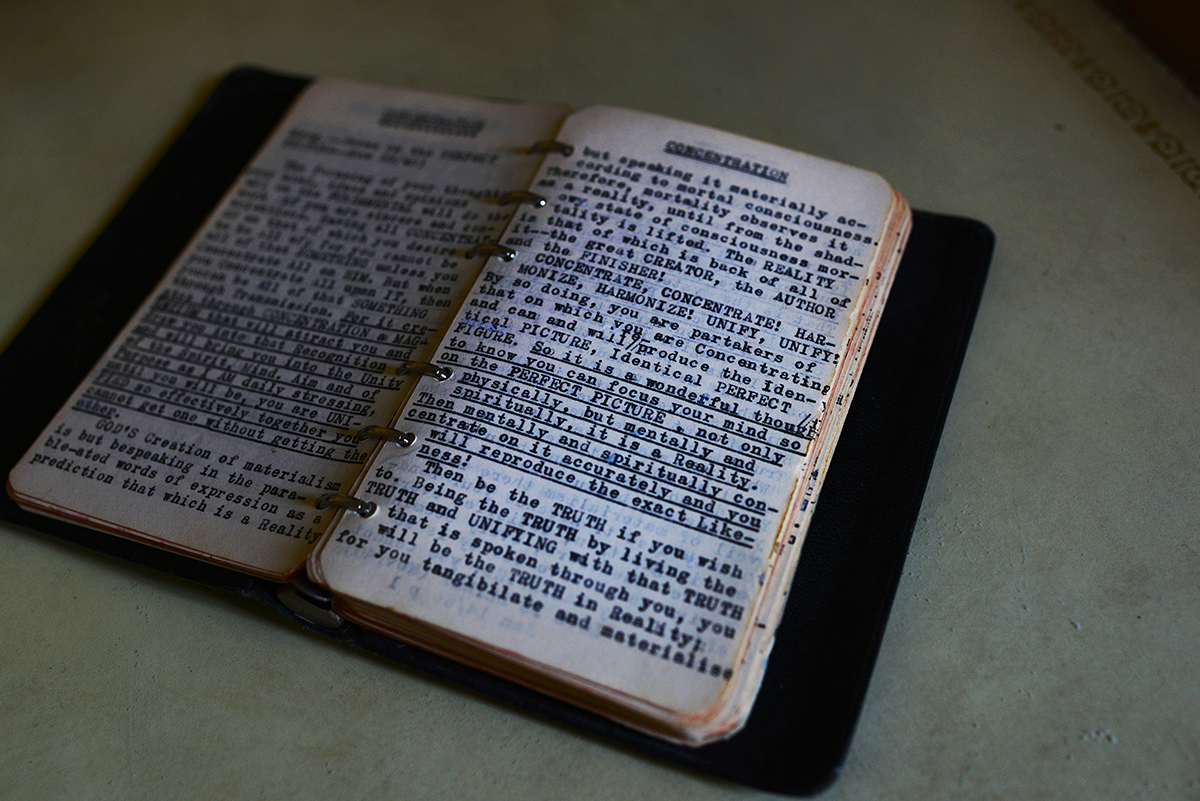 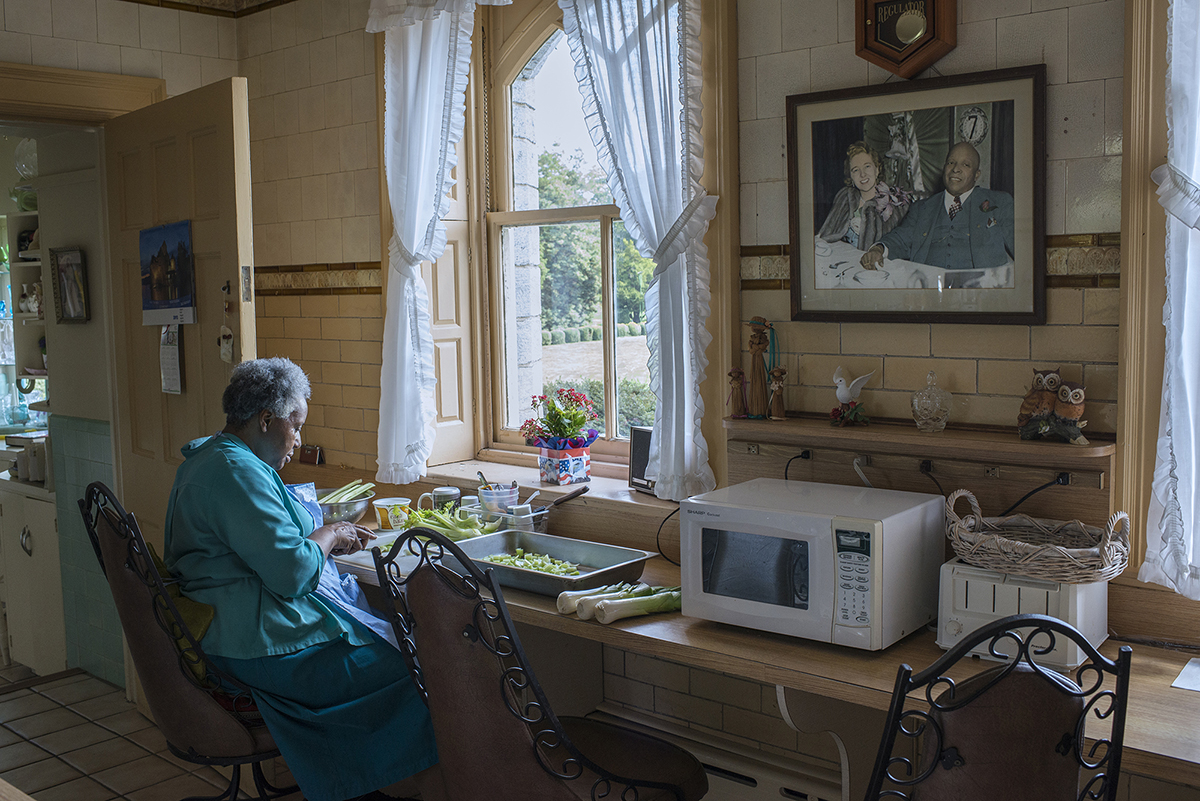 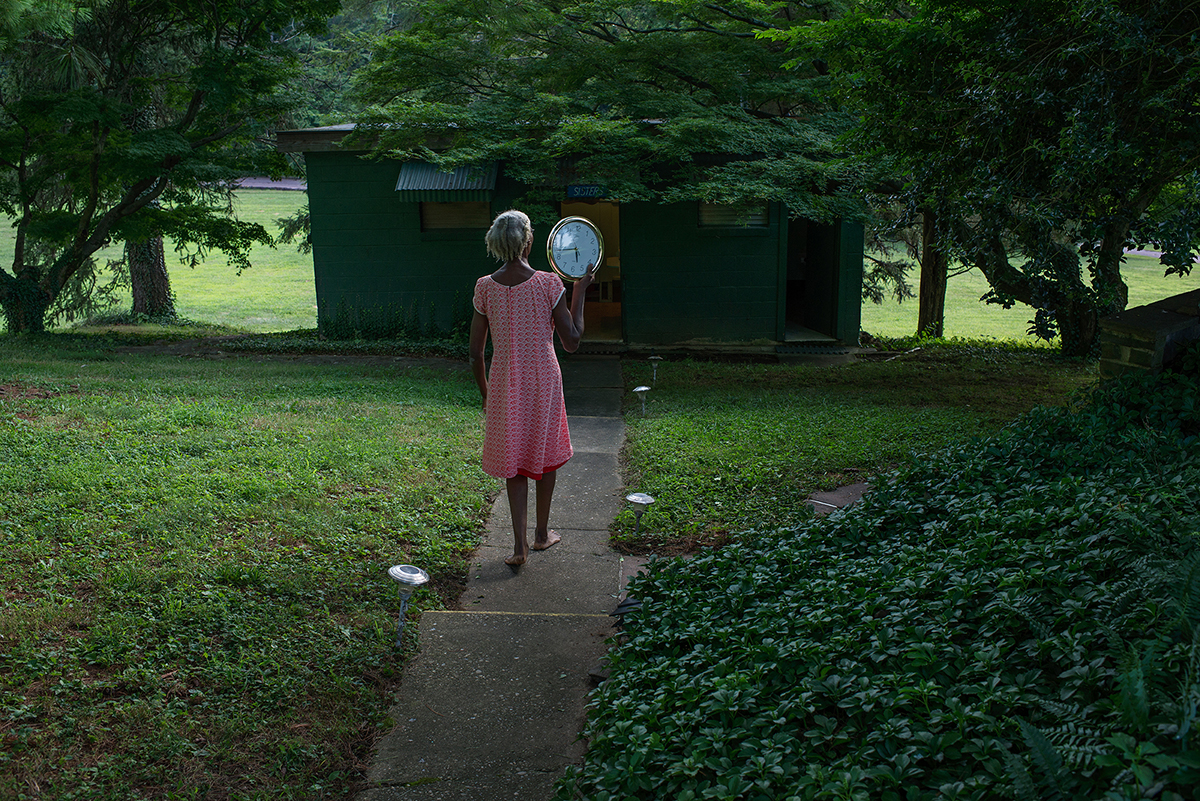 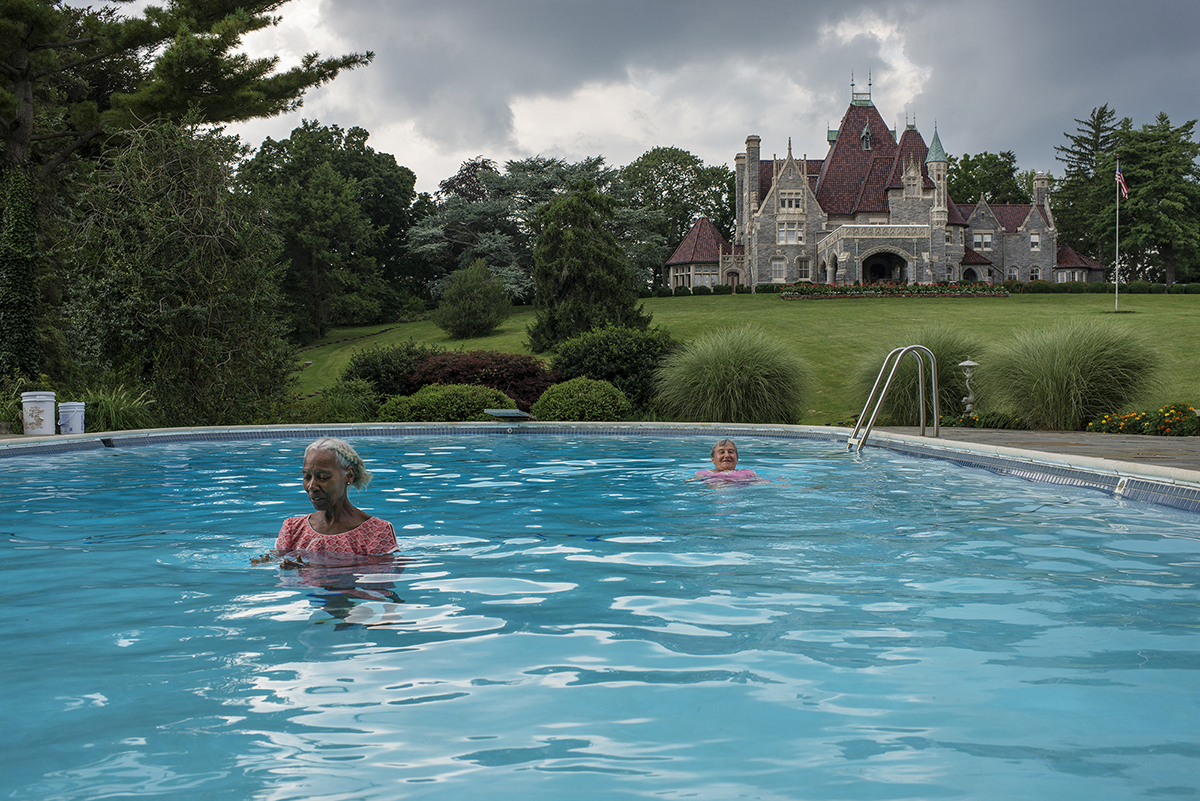 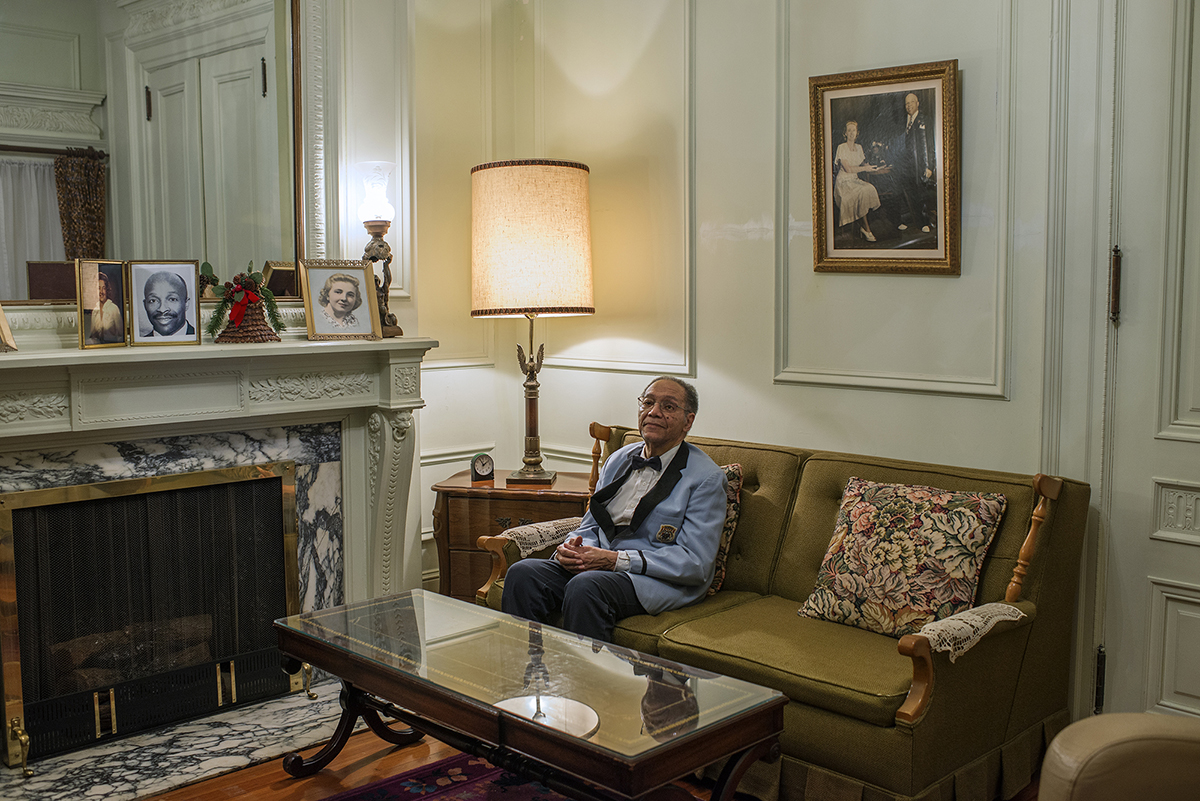 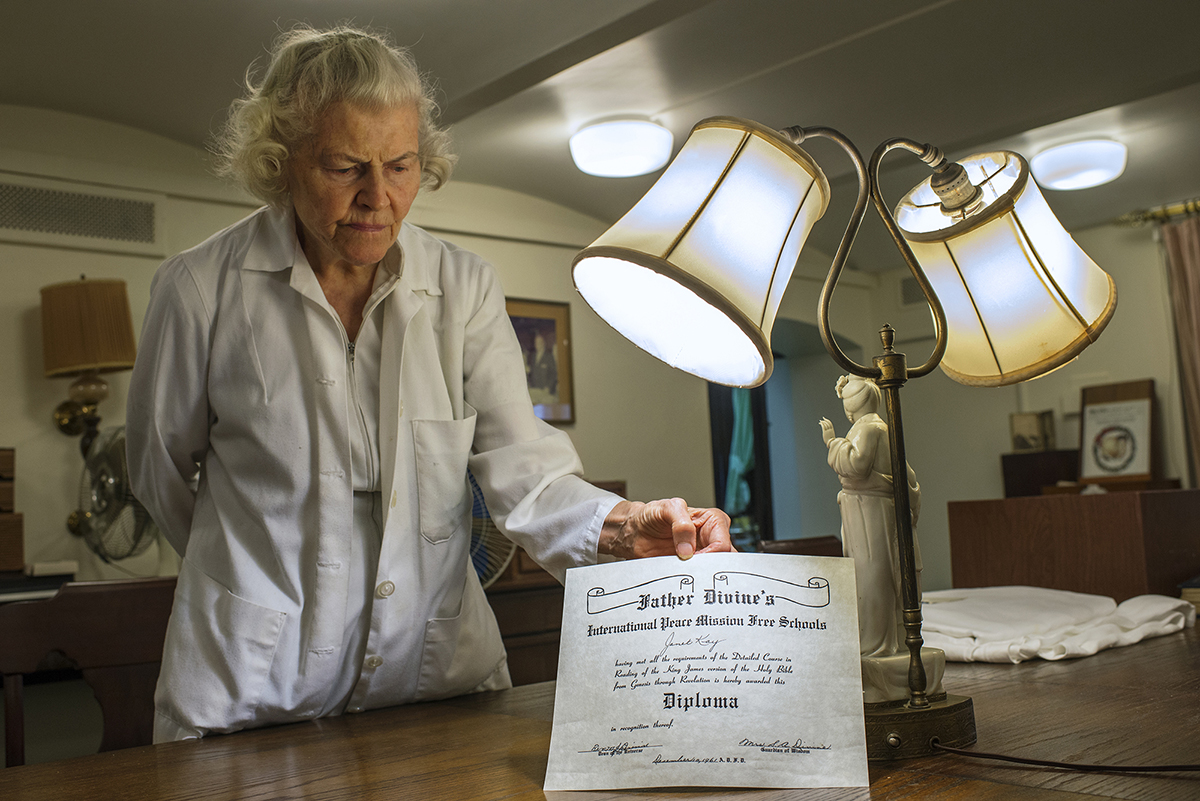