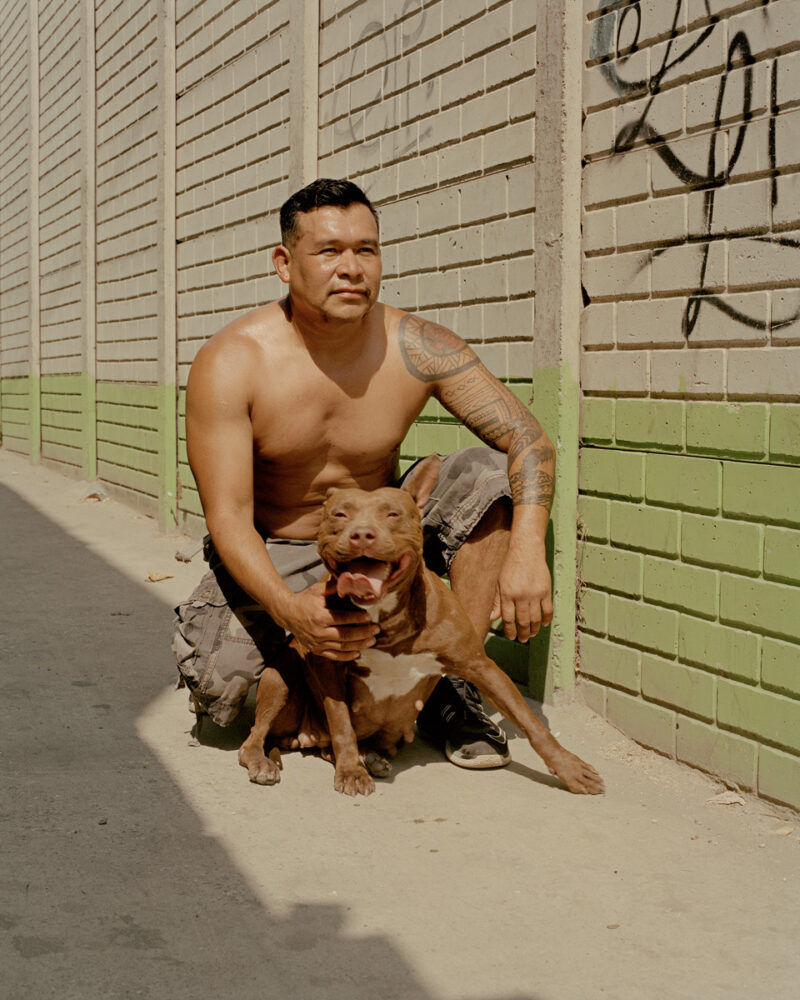 Self taught photographer, lives and works in Guatemala City; for more than a decade Juan Brenner lives in New York where he works as a fashion photographer.

His first monograph “Tonatiuh” was nominated for Aperture’s “First Book Award” in September 2019, with the same project he was one of the winners of the Lens  Culture’s 2019  “Emerging Talent Award”. MACÚ (in collaboration with Byron Mármol) is curated in the book CLAP, 15 years of the best books of Latin American photography published by 10X10 Books in New York.

He is a founding member of Proyectos Ultravioleta in Guatemala City.

About ‘The Ravine, the Virgin & the Spring‘ – words by Juan Brenner:

“The Ravine, the Virgin & the Spring” is a new body of work I’ve been photographing for the past year. Shot in its entirety in Guatemala City, it is a new way for me to interact with this territory.

In the last few years my work has been focused on getting out of my comfort zone, visiting topics and ways of producing images I’ve never experimented with before.

I’m really interested in how history has shaped our way of life and in this instance, I dialogue with the city in search of understanding how we got here. Primitive urban planning, the 20th century and its political turmoil, internal war, natural disasters and globalization, have made Guatemala City one of the most eclectic and peculiar places I’ve ever been to.

The original planning for Guatemala City in the 1700s didn’t envision an exponential growth, the main part of the original city is enclaved in a very small valley, called “Valley of the Virgin”, and one of Guatemala City’s most distinctive geographic traits, is having a large number of ravines that used to set the limits of the city, nowadays those ravines are in the middle of everything and make life very complex in many ways. Finally, Guatemala City’s weather is basically perfect, it’s truly amazing, it’s so great that it’s commonly referred to as “the land of eternal Spring”.

That would be a very literal first layer, but in reality those ravines are an amazing metaphor for our reality, the inevitable development of slums after the 1976 earthquake changed the city in a very complex way, religion is still one of the driving forces of the Guatemalan society, there are so many churches in the historic area of the city; it’s crazy. And like I mentioned before, the weather, the flowers and the air make you feel at ease in the middle of all the chaos.

Emma Sandström raises the issue of fear of the unknown