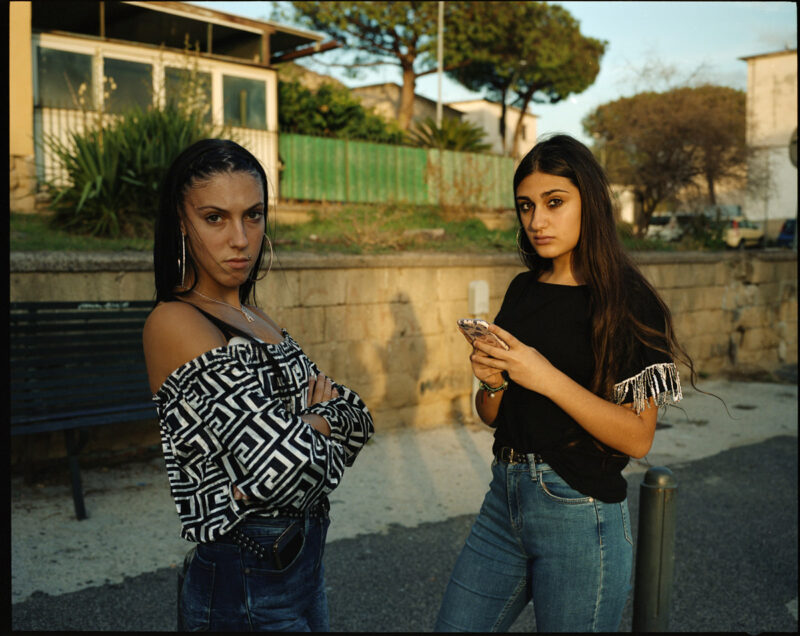 Glauco Canalis was born in Piazza Armerina in 1990. After studying Media Design at NABA in Milan and a Masters in Photography at Plymouth University, he moved to London for an internship with the publishing house Mack Books where he refined his own vision on photography.  Since 2017 he works as a London-based freelance photographer, bringing his documentary and raw aesthetics to the realms of Fashion, Music and Cinema. Despite moving often around Europe he developed a solid bond with Italy, the south in particular and the Mediterranean.

The work of Glauco Canalis reflects the unfiltered reality of the Southern livelihood through the detached yet implicated eye of an artist that was uprooted from his homeland. Focusing on the reality of Mediterranean youth culture and its naturally pompous nature, Glauco’s photography depicts gleeful moments of aggregation that are typical of sunny places.

The sandy tint stringing his photographic style together represents the dramatic overtone of a decaying region hanging in the balance of crime and poverty yet often idolized by the foreign for its innate, natural beauty which is seldom studied past its superficial appearance.

Excerpt from the essay “At the edge of the empire” by Salvatore Garzillo, Journalist.

“At the edge of the empire”

“Happy families are all alike; every unhappy family is unhappy in its own way”
Lev Tolstoj, Anna Karenina, 1877

The outskirts have got nothing to offer, not even the silence. Only the ambition of those willing to escape can cope and fill this void, huge and empty. The fast city is an old assumption so is the hectic idea of the city-center.  It is on the outskirts that we run and the life goes fast. A lifelong cycle turning on oneself. In the outskirts there is another time zone, the urgency presses into the temples as if they are about to explode, and god knows, we may have solved the mystery of the many who still ride mopeds without a helmet, especially in the South. After all, Glauco Canalis core focus is there, along an imaginary axis connecting Naples to Catania, two cities shaded by the volcano, acquainted with the red coloured lava and the black color of the ash.

Glauco follows the maps drawn on the faces, slipping into the folds of the cities carved into the furrows of the wrinkles of those who live there. Like the wind.

The suburbs are suspended points holding the city together. The city is in itself a periphery of other larger, more efficient and fair worlds. “At the edge of the empire” is the expression best representing the sense of isolation felt in the outskirts, a place so far from the capital of the kingdom that it receives only a distant and distorted echo.

In human geography, the periphery is not just an area at the edge of the city center, but generically the condition of exclusion from the heart of society. Glauco’s protagonists arise at the societal margins but they are never defeated, they either push you away with their beer bellies or look you straight in the eye without retreating. You are the out of place one, not them. And if you plan to escape them, they’ll catch you. Over an SH.

Exhibition info
“Come il vento – sopra un SH” is a photographic installation showcasing a series of images taken by Glauco Canalis in Napoli and Catania across several journeys, seeking for a deeper meaning merging the cities social history and architectural language. The two cities facing the sea one towards Levante and the other facing Ponente, are both shadowed by the majestic volcanoes Etna and Vesuvius. Powerful presences defining the landscape from any possible angle.

A project by Glauco Canalis
curated by RITMO and 2LAB.

Find out more about the exhibition