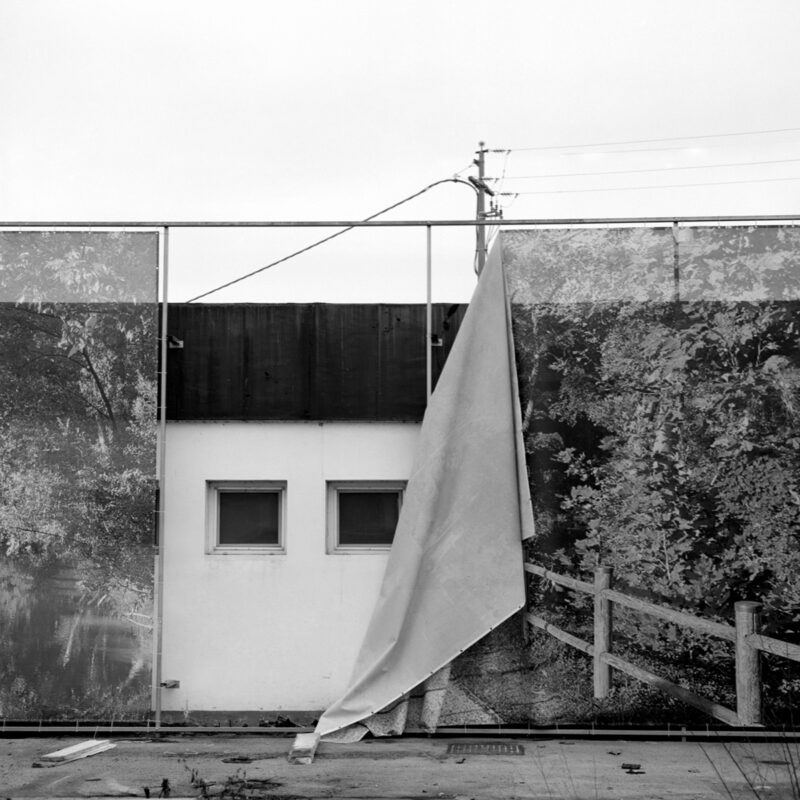 Giovanni Ongaro is 35 years old. He studied design at Politecnico di Milano and now he lives in Vicenza where he works as a visual designer and art at a Today branding agency. He has always had an interest in photography but he approached more seriously during the tours with his band shooting particular situations in the USA without thinking about a real project though.

There is no elsewhere is his first project made after the vaia storm in the northeast of Italy in 2018.

About There is no elsewhere – words by Giovanni Ongaro:

The pillars supporting the biosphere are falling and the horizon becomes as thin as a knife blade. By now, that which separates earth and sky is solely our height as human beings; it is no longer possible to keep a safety distance from which to observe the catastrophe. We are rooted into the ground, and there is nowhere else to go: nowhere else we can be safe.

What we believed was only a background image for us to emerge in the foreground is approaching in a disquieting way: projecting its shadow on us, it’s threatening our self-imposed privileged position in the world. What we thought was just a place to draw resources from and accumulate them, is now talking to us about man’s contingency on earth.

The forest has been destroyed and we can no longer hide because the hidden world, that which refuses to bend to our will, becomes cataclysmically manifested without being provoked (led to presence) directly by man. The entities we coexist with impose themselves on our awareness with ever greater urgency: we realise that we find ourselves into something much bigger.

Man has been dethroned from the center of his world and as Jaspers says:

“the loss of the absoluteness of things and of the epistemology that has achieved it means, for those who had found relief in this, Nihilism. But the nothing that unfolds, the abyss that opens up, becomes the space of freedom. That which had the appearance of nothingness is manifested as that from which the authentic being speaks to us “.

These photos try to represent only brief fragments of the elusive totality that is global warming, which constantly enfolds us in its unity of presence and absence, but that we can only perceive when it interferes with our own world. The choice of medium format instead of a wide angle was made to emphasize the overwhelming character that nature has on human beings.