Gianluca Attoli shows us the poetic potential of an urban landscape 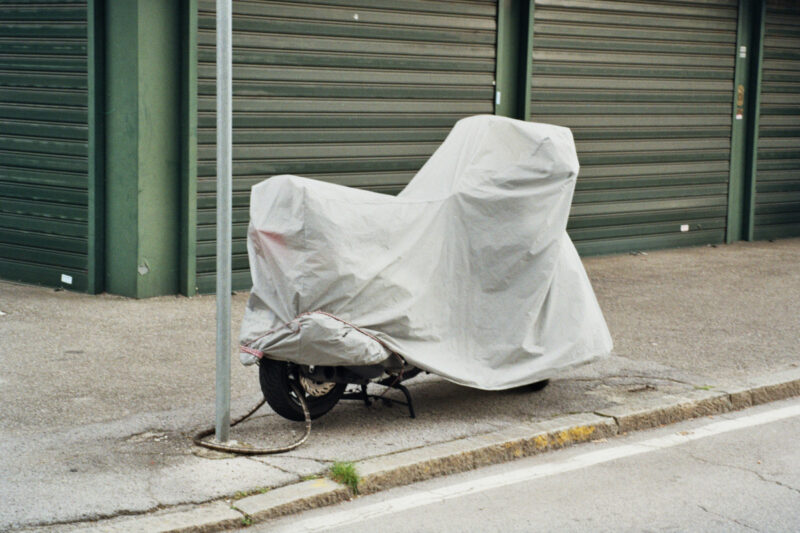 Gianluca Attoli is a self-taught amateur photographer from Monza, Italy. He was born in 1984 and approached photography in early 2019. He’s mostly drawn towards human-altered landscape, particularly suburbs, sometimes with a penchant for strong moods.

About Brianza is no people – words by Gianluca Attoli:

This ongoing project is based on a visual exploration of my hometown Monza, the Brianza area, and the Northern Milan suburbs (Northern Italy). The broad goal of this body of work is to unlock and reveal the poetic potential of this area. Historically devoted to productivity and modest ambitions, this isn’t a problematic region, and it’s not a particularly fascinating one either; as many provincial areas, it is commonly perceived as a mediocre, mundane “nothingness” offering people little value beyond a place to work and a place to rest. Everything is kind of tamed down, both on the positive end of the spectrum and on the negative one. There’s conflicts and issues, but nothing like what happens in major cities – nothing really ever making it on the front pages of newspapers, except seldom cases. And there’s nice places, like natural areas and historical sites, and overall a general acceptable level of well-being, but nothing opulent or beautiful enough to be worthy a “travel reportage”. Even the attempts at showcasing wealth or beauty fall into this general “modest” attitude – wealth rarely goes beyond small villas with a pool a couple of nice sedans, and beauty (for instance in architecture or decors) is either unsophisticated and restrained, or unintentionally tacky and outdated. And yet, if you look carefully enough, some small cracks appear in this scenario of moderation – contradictions, isolation, surreal deviations, unexpected beauty.

Art, and photography in particular, is often used to emphasize the obvious and reiterate clichés, highlighting for instance the evident, commonly-accepted beauty of a place, a situation or a person (think of most “travel photography”, for instance) – or on the other hand, to exploit poverty , disadvantage and “freaks” for the sake of it. While these approaches may not be entirely wrong per se, I think that they need to be complemented with something different, something questioning them. So the idea I would like to convey with this project is that reality is more subjective and more based on representation that we think, and that we don’t have to accept a certain common interpretation of reality as a given, immutable standard. Any place or situation, even the most “boring” and quiet provincial region, can be poignant and tell a story beyond the most commonly accepted one, if you just look at it with an open, unprejudiced eye.

On a second, more personal level, this project also started as a personal exploration of “my” places, the places in which I was born and grew up, in a constant effort to see them with new or different eyes. I have a very close and affectionate relationship with my environment, so I find this exercise artistically inspiring, and somehow therapeutic as well. In fact, “me” approaching photography for the first time in my life in early 2019, quite out of the blue actually, coincided with “me” coming back home after a few years living in another city – a bigger city which left me anxiously longing for that shabbier, quieter, maybe more naive but somehow more authentic feel that characterizes the provincial/rural way of life. Yet when I finally moved back to my hometown, I realised that I felt a need to build a new relationship with my it, accepting the fact that I lost the one I had instead of desperately trying to find it again. Or, in other words, to re-interpret it and give a new order and a new meaning to the places in order to do the same with my life itself. And photography turned out to be, maybe, the best companion for that.