Elena Subach was born in Chervonohrad, Lviv region, Ukraine. She obtained a Master’s degree in Economics at Volyn State University (Lutsk, Ukraine). She soon moved to Kyiv and started to work as a textile designer. Subach came in touch with photography in 2012, while she was living in Lviv and joined the 5×5/Dzyga art community. She works with topics related to small cities, religion, mythology and identity. She uses photography as a tool for playing with facts and beliefs, mixing documentary, staging, computer editing and handcrafting into her unique and emotional visual language.

About ‘Grandmothers On the Edge Of the Heaven’:

Before embarking on The Grandmothers Project, in collaboration with Viacheslav Poliakov, we were collecting materials and visiting provincial religious holiday events in Western Ukraine for two years. Did you know there is a term in anthropology called “grandmothering”? Scientists think that old age might have been a powerful engine of evolution when old people appeared — vessels of information and experience. They were not able to hunt anymore but could share their life experiences, which later could be even considered to predict the future. They could create stories, let parents be free of children caring so they could have time for work and this probably pushed civilizations forward.

The situation has turned out in such a way that the experience of our grannies’ lives in the Soviet Union — even though it was traumatic and important — is no longer actual these days. The times have changed globally and very quickly, and as it seems, this causes an acute feeling of helplessness among older people. They can’t share their accumulated wisdom, they seek solace in religion, their grandchildren are more likely to search for answers on the Internet than ask them, and the gap between generations is just increasing.

The series ‘Grandmothers On the Edge Of the Heaven’ is dedicated to my own grandmother. It started when she passed away and creating emotionally explicit collages became a part of my grieving process.

The traditional Ukrainian grandmother is a very religious grandmother. For older people, this is both a matter of socialisation and tranquility. They carry in a purse photo of their family next to the faces of Jesus and Mary because they are part of the family for them.

It seems to me that they are so full of memories of the past that nothing of the present can simply fit into this fullness.

They are among us now, but not really, because their consciousness is already awaiting the approaching moment to step outside the bounds of life and find themselves at the gates of Heaven, in which they desperately believe. Regardless of their confessions, grandmothers retell to each other articles about miraculous healings which they had read in newspapers and as a piece of evidence that there is life after death. I do not want to mistrust them at all, I only want to hug them and say that there is nothing to be afraid of and they are absolutely right. In this project, I am using direct photos and collages to place grandmothers in the landscapes of the Heaven that they are expecting. 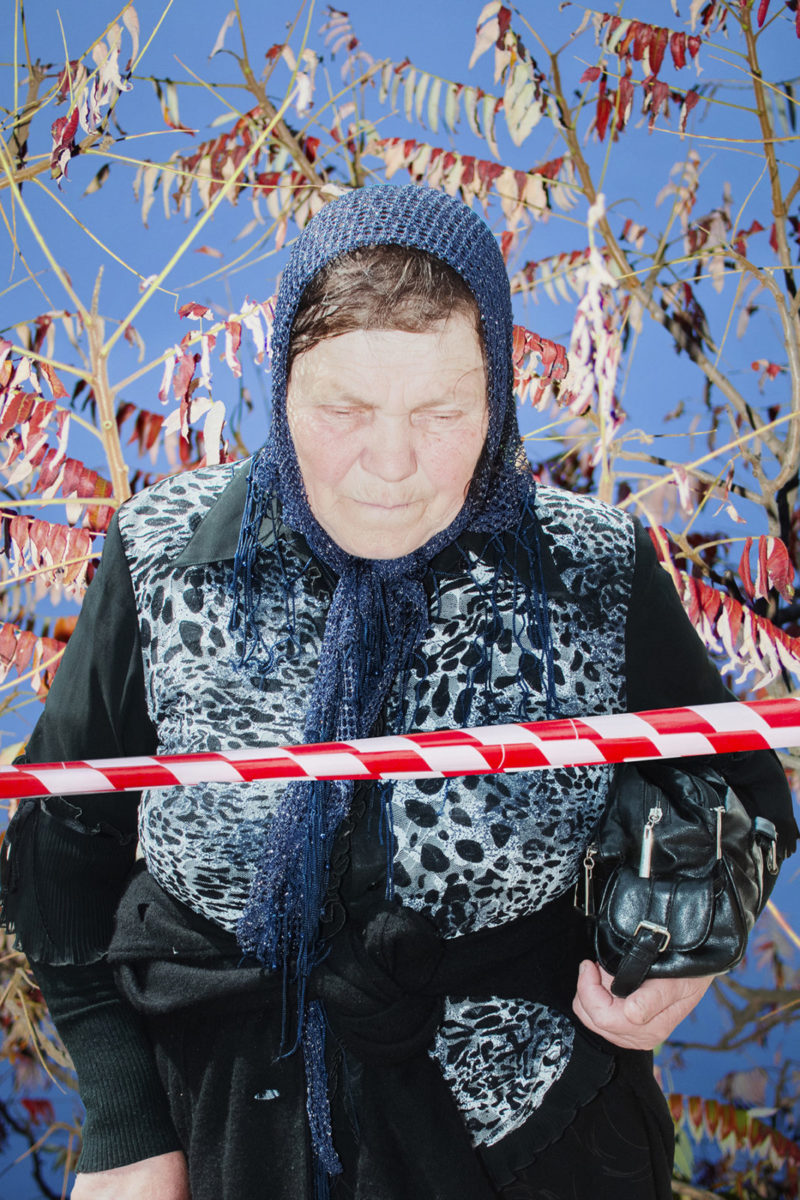 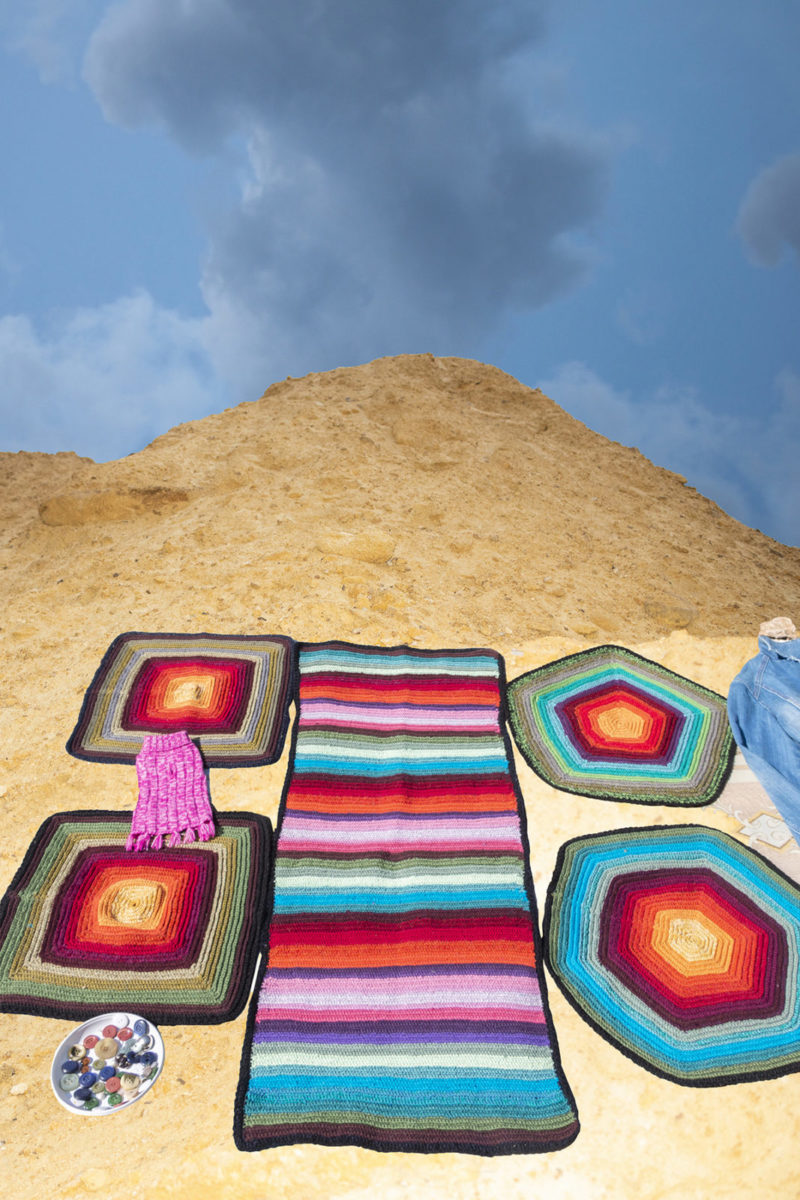 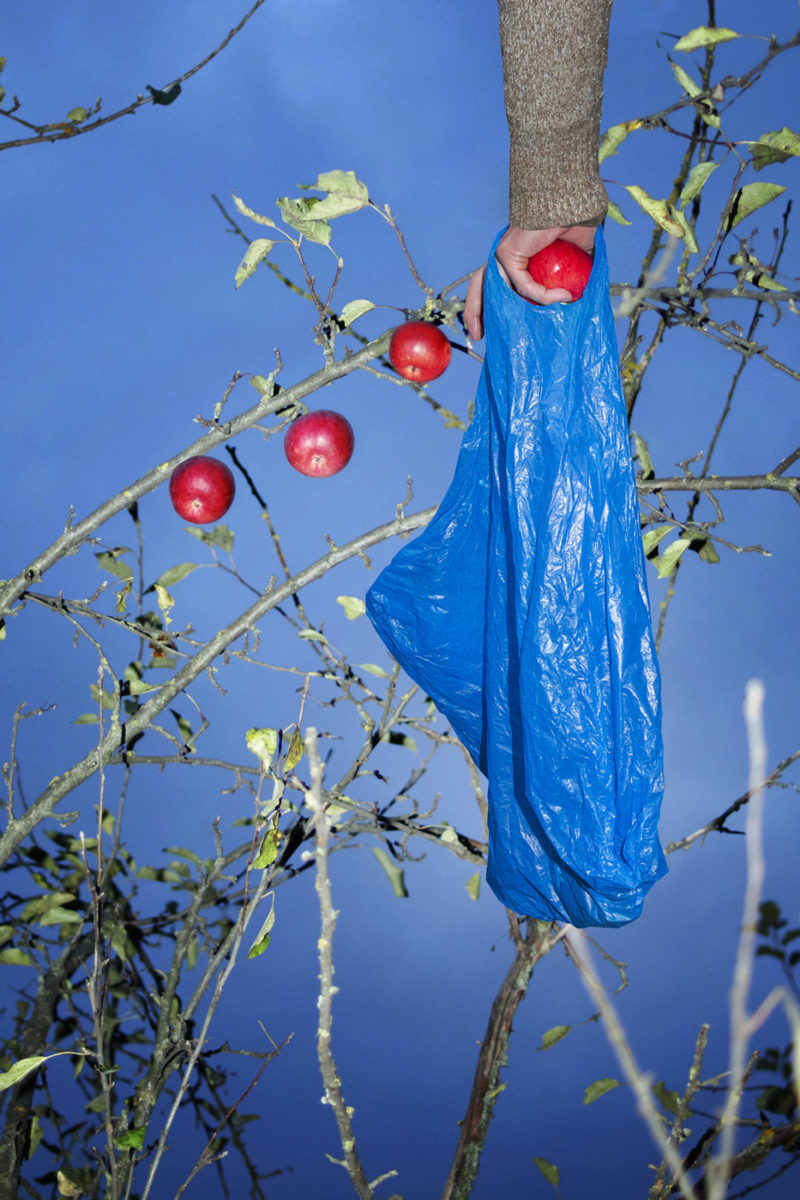 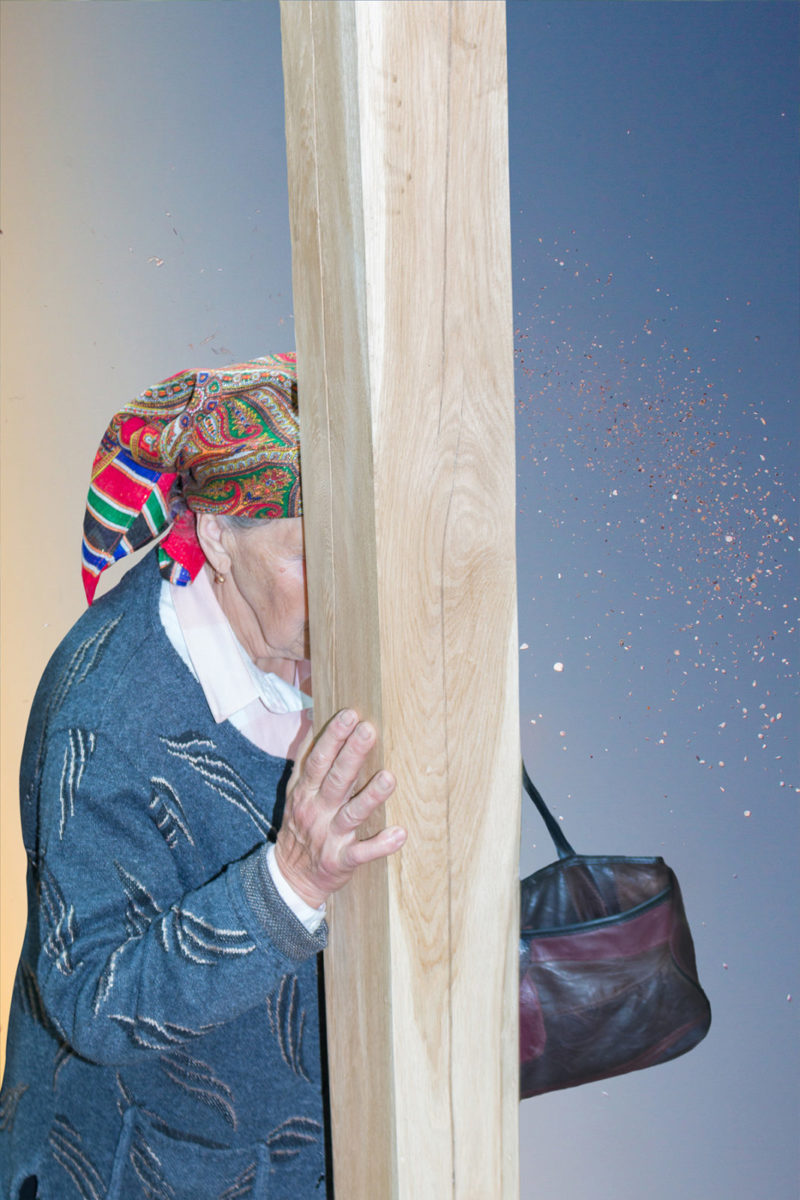 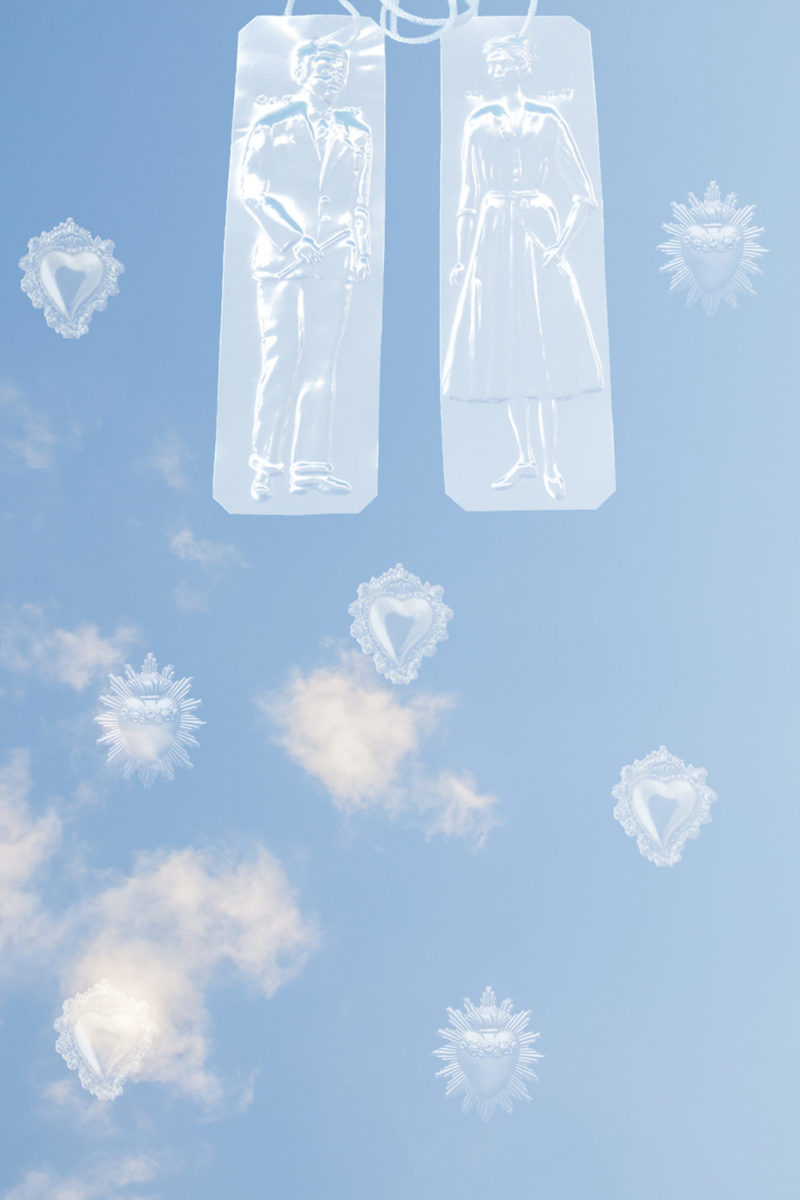 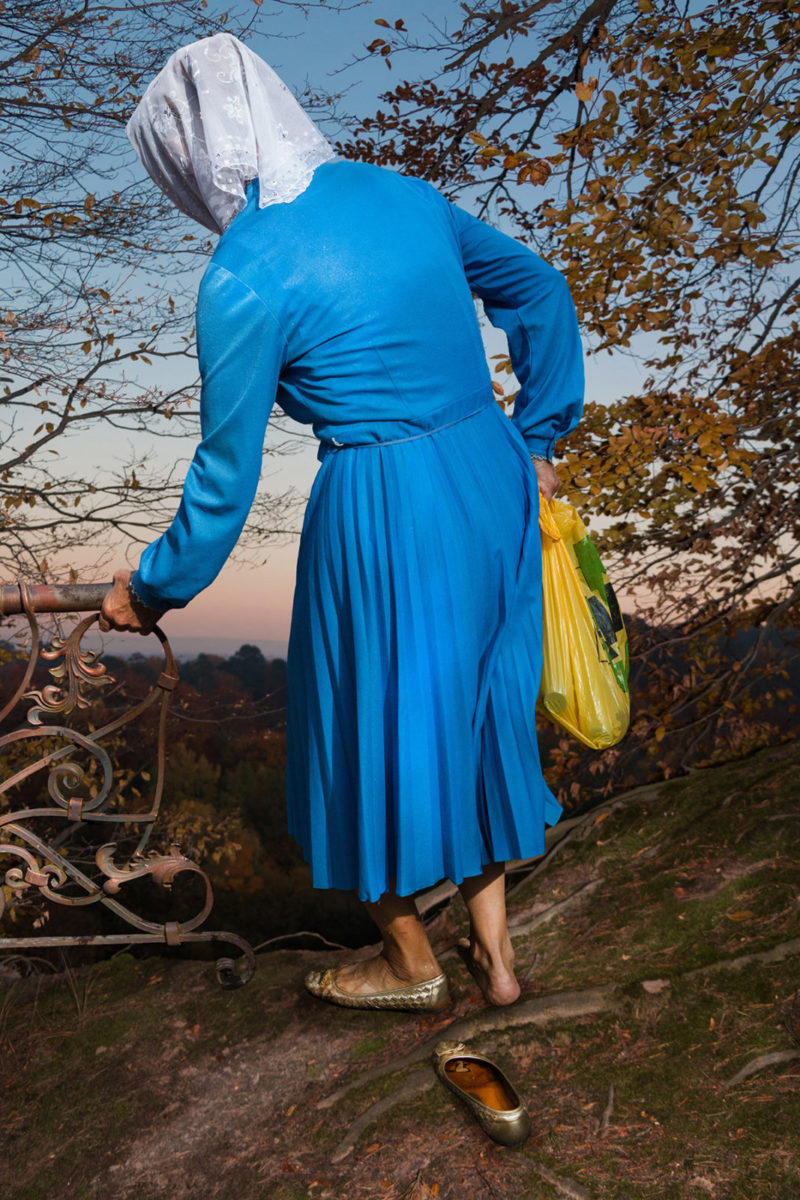 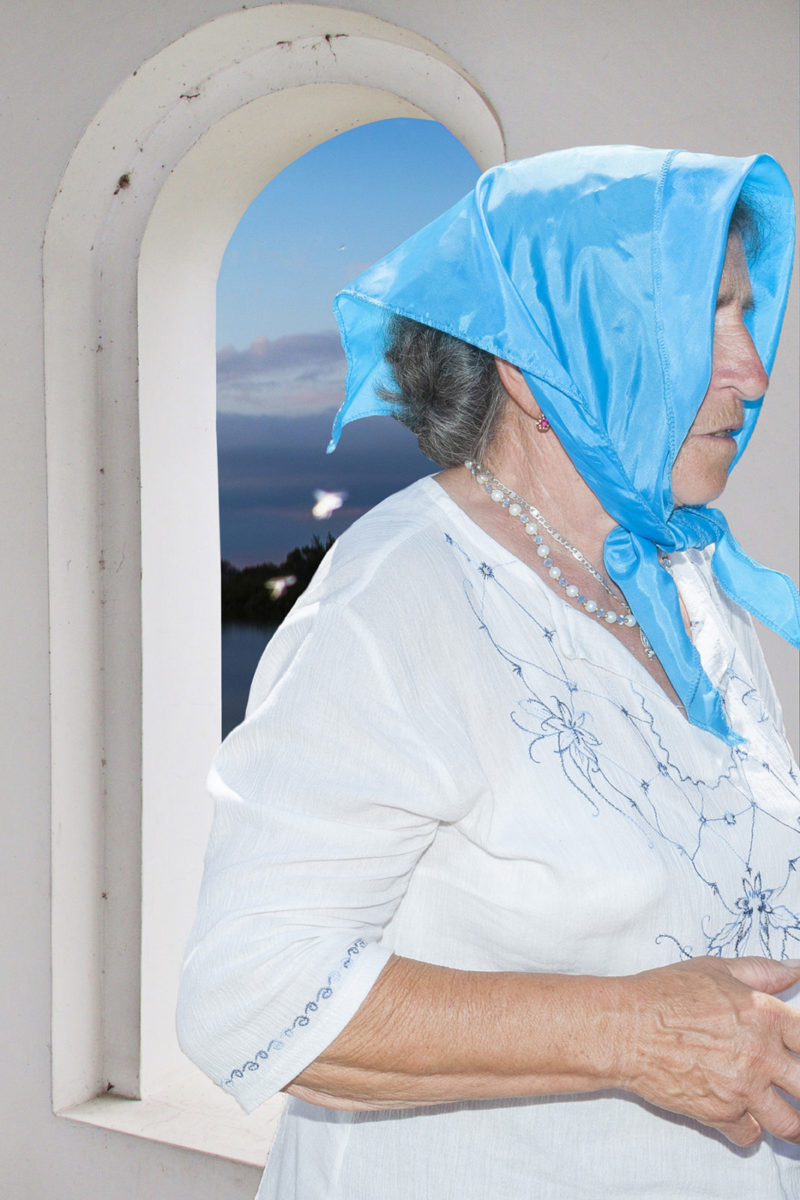 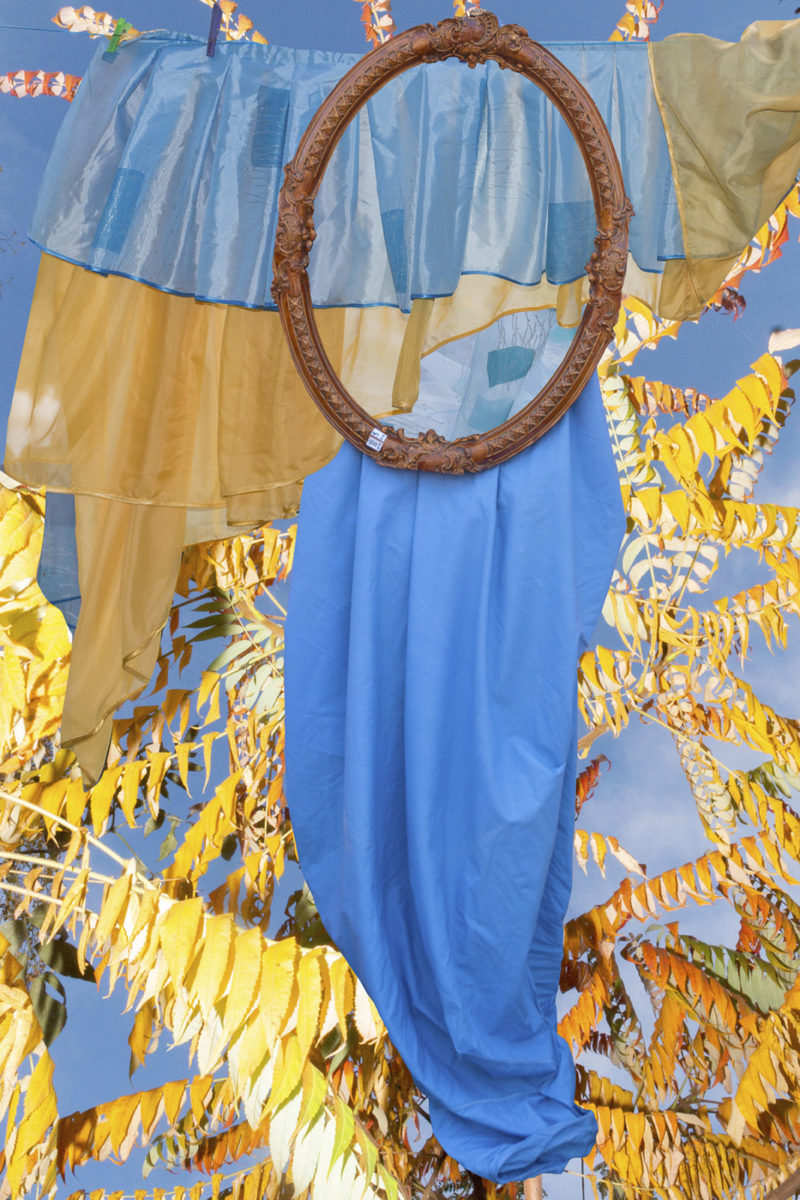 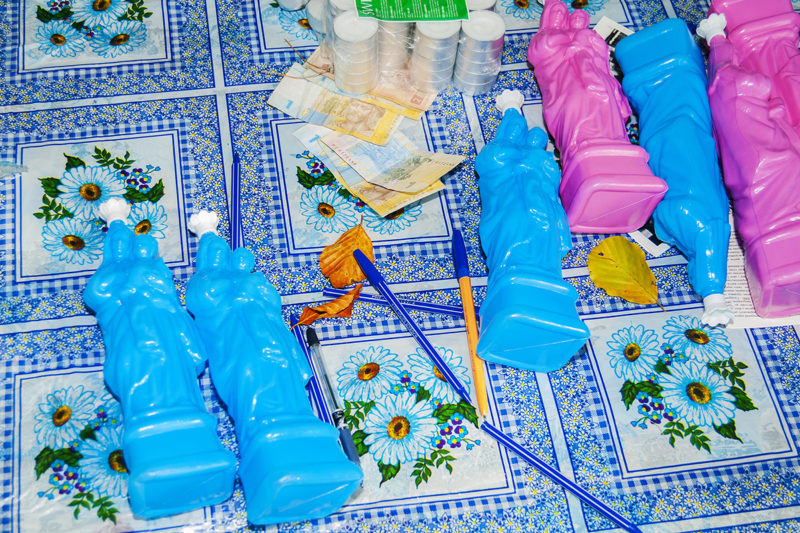 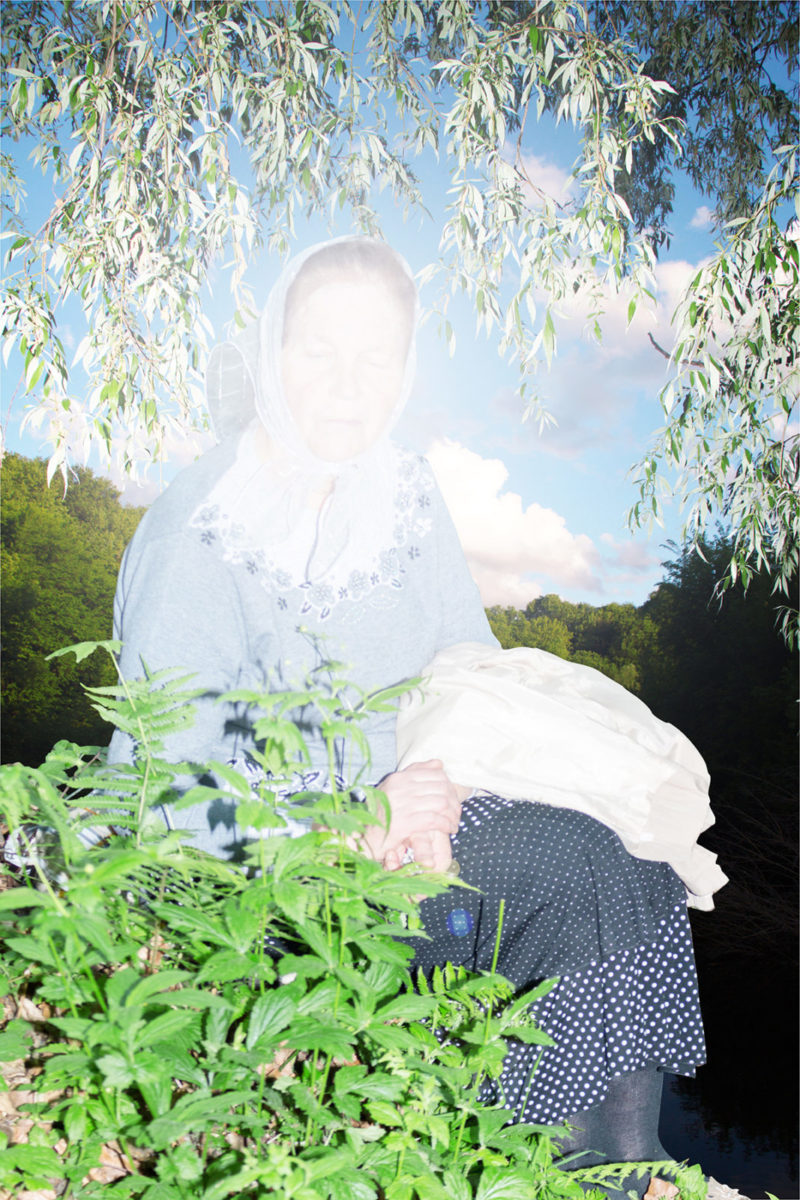 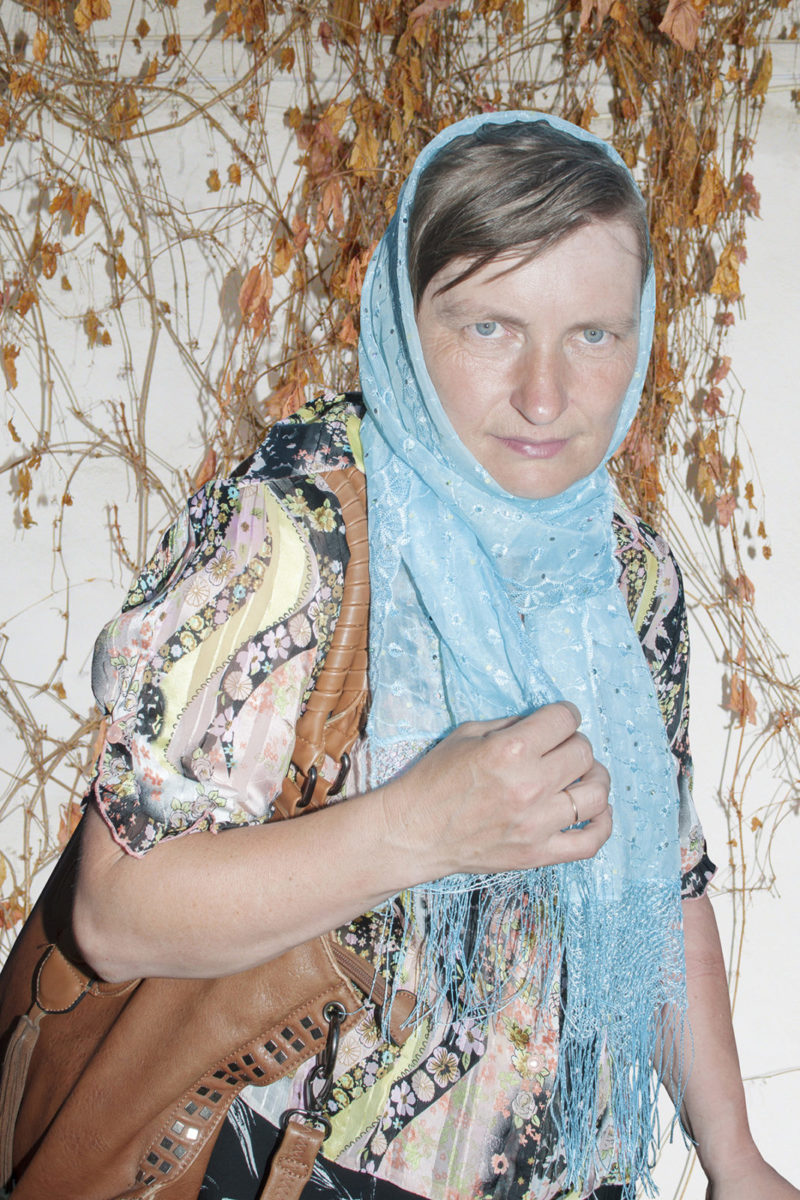 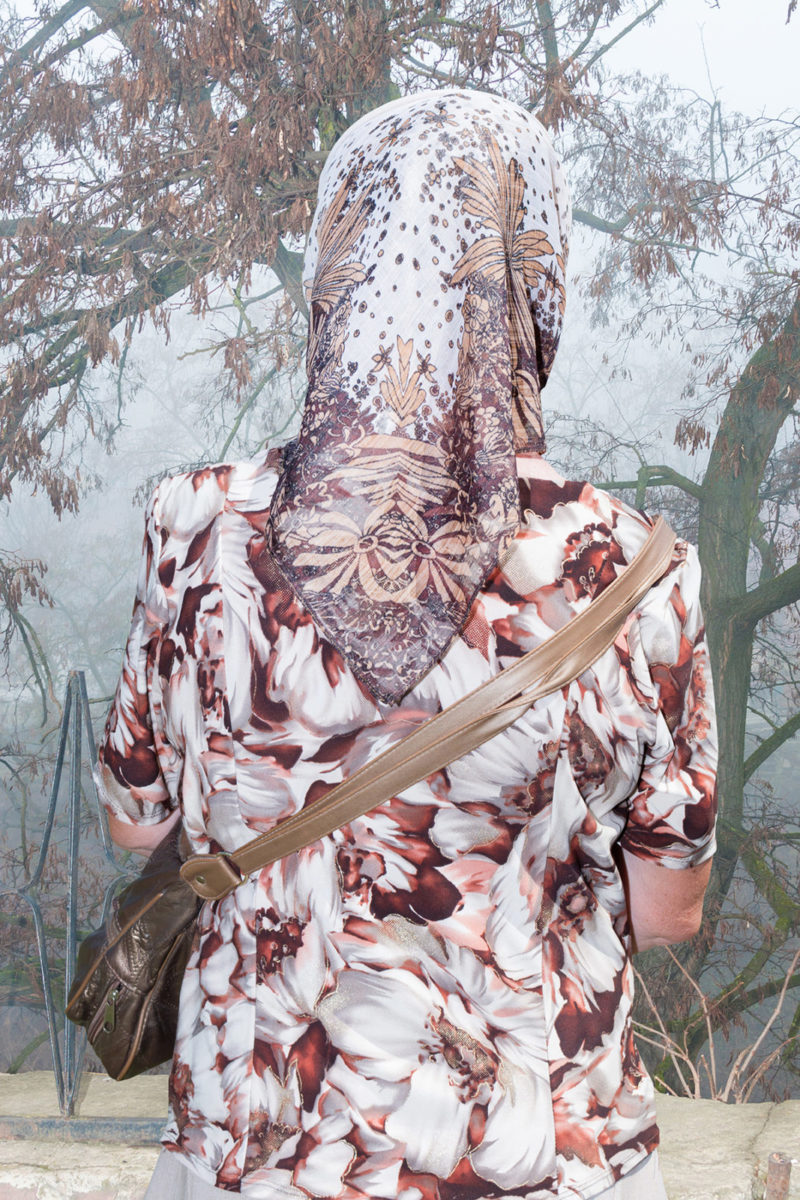 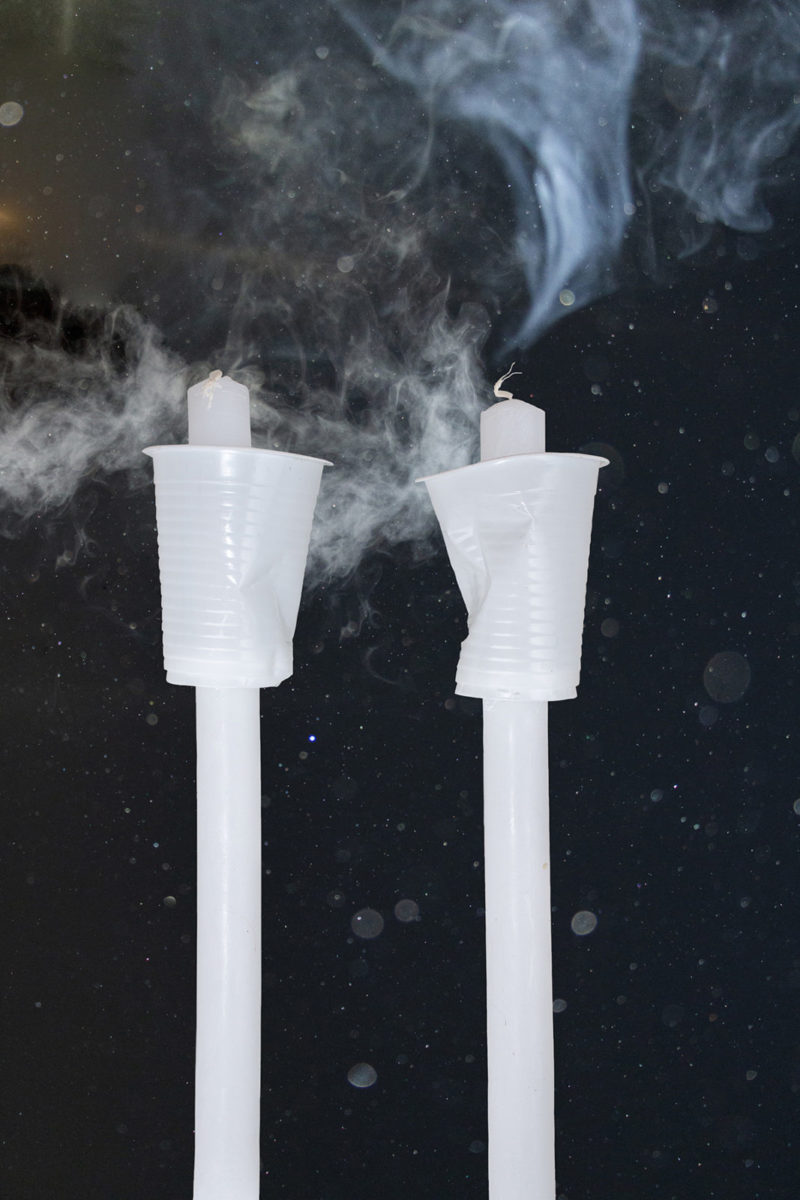 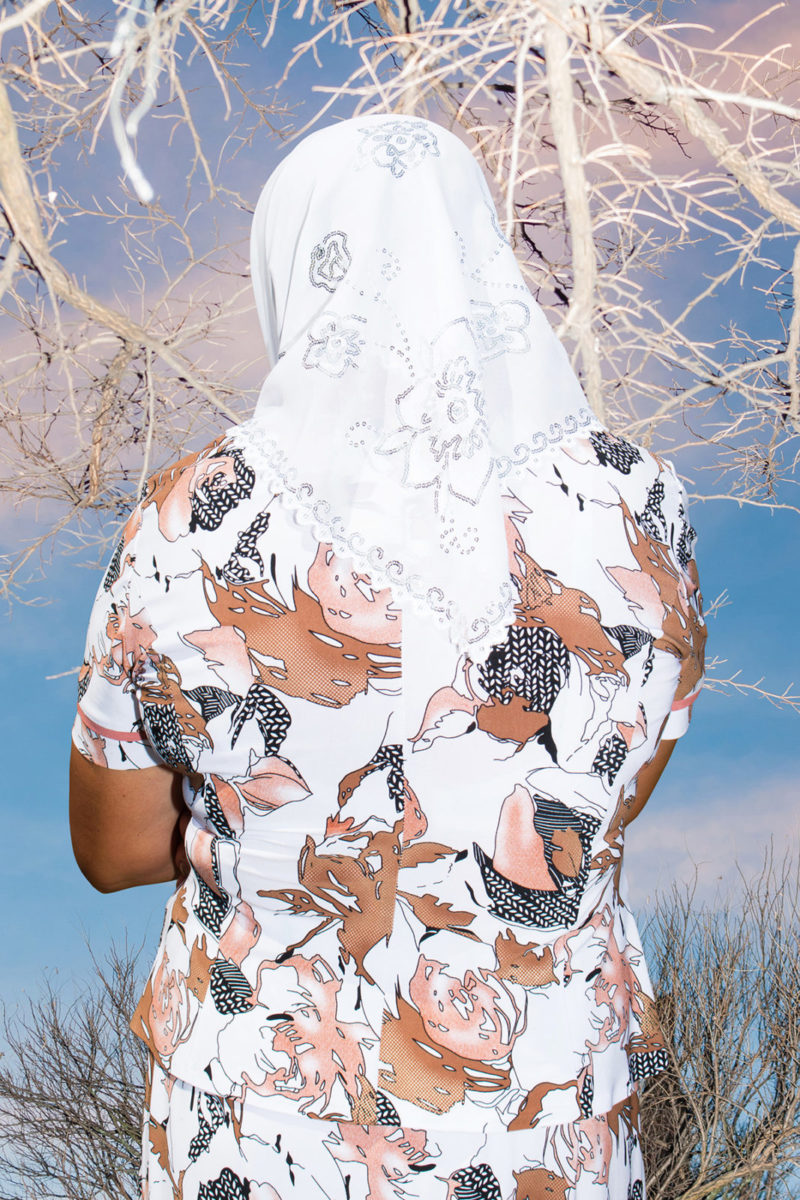 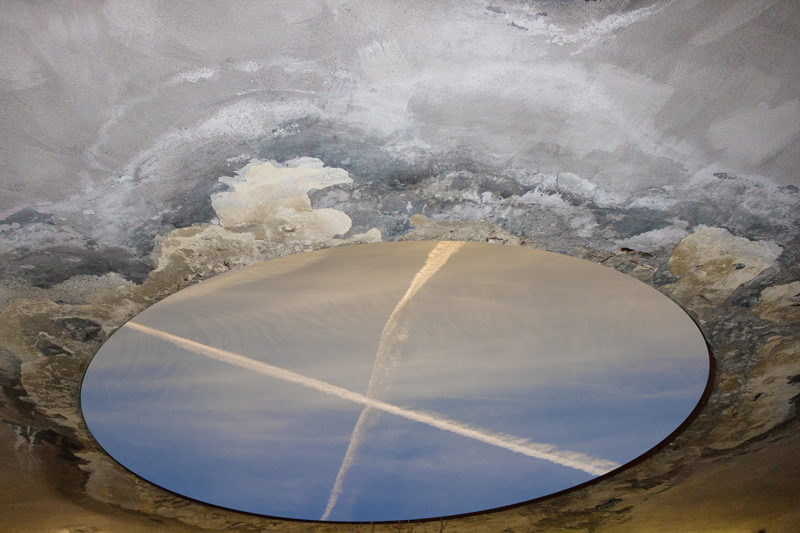 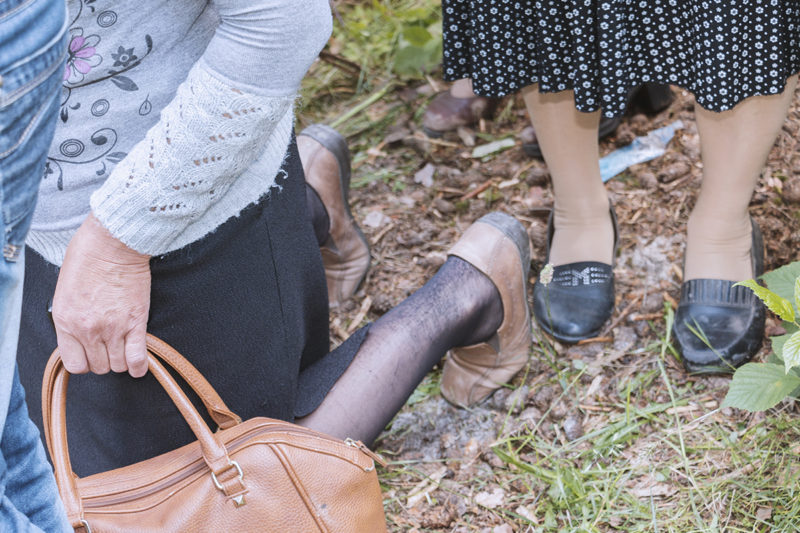 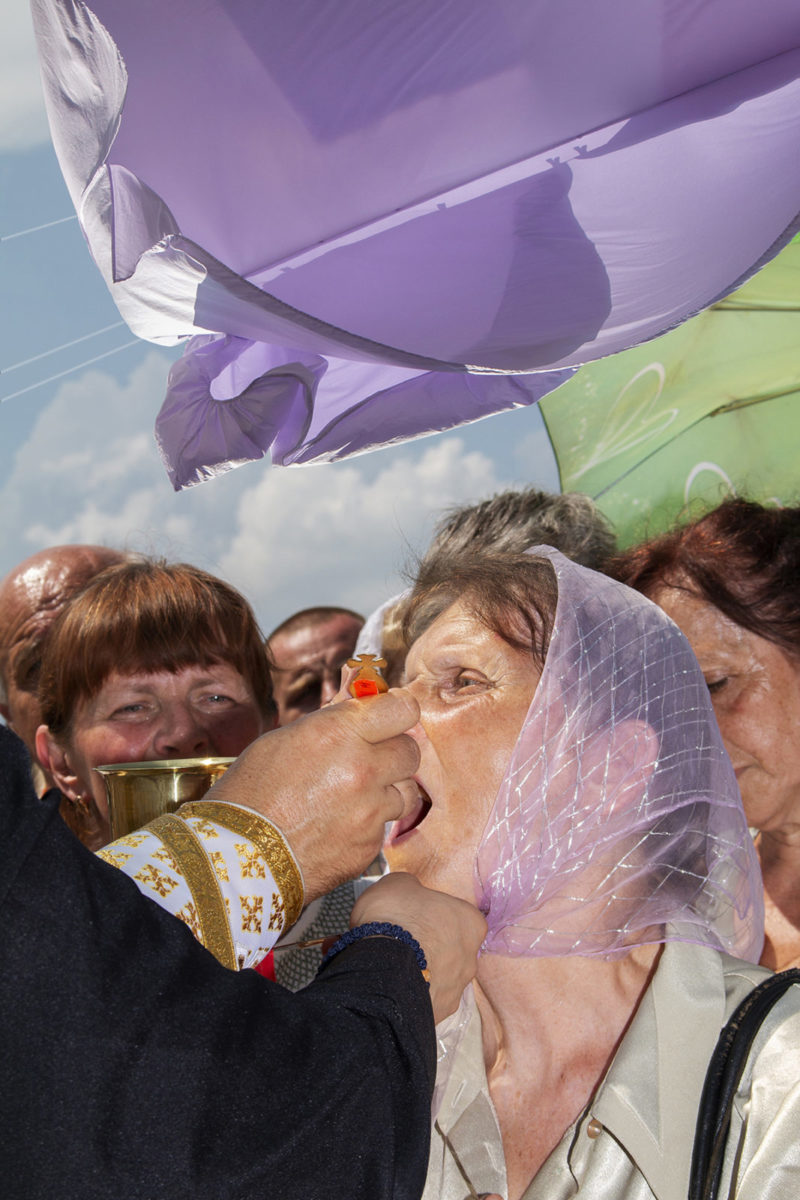 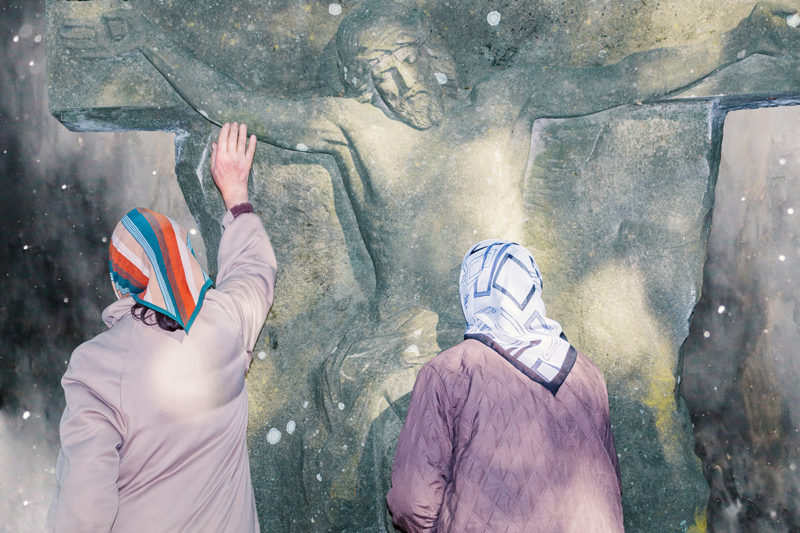 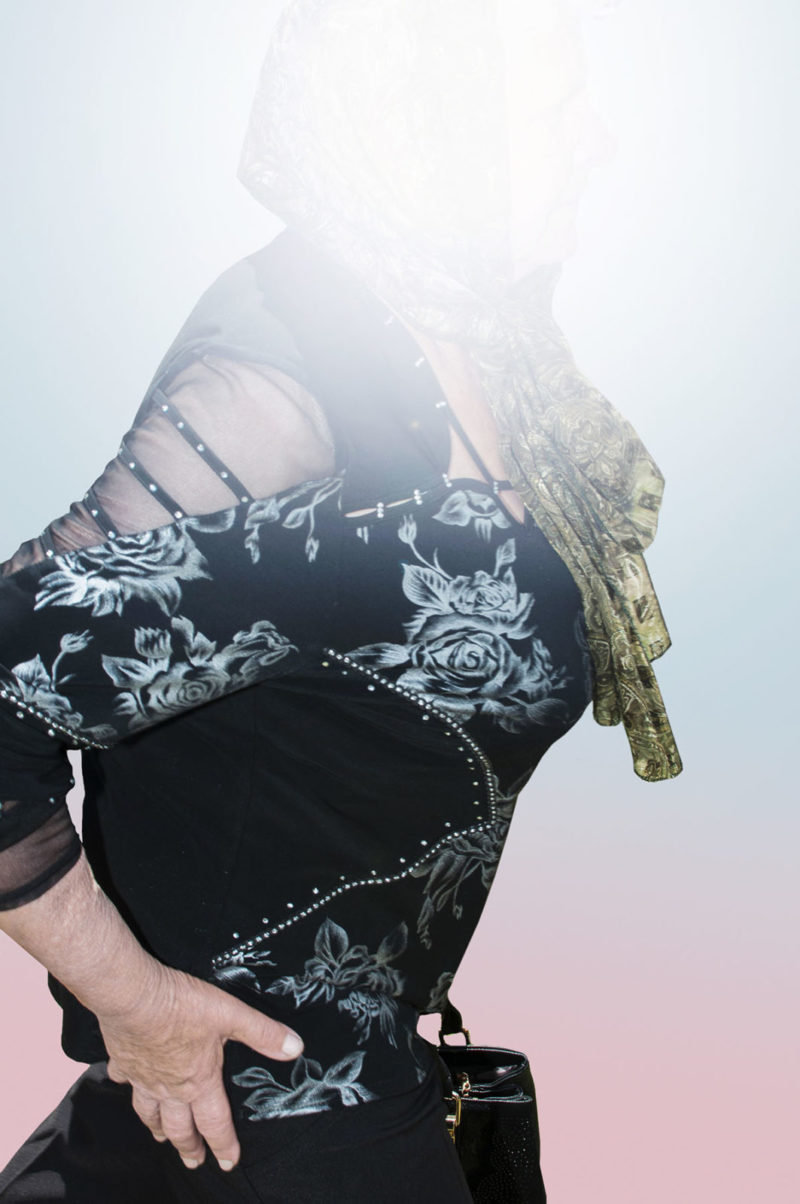 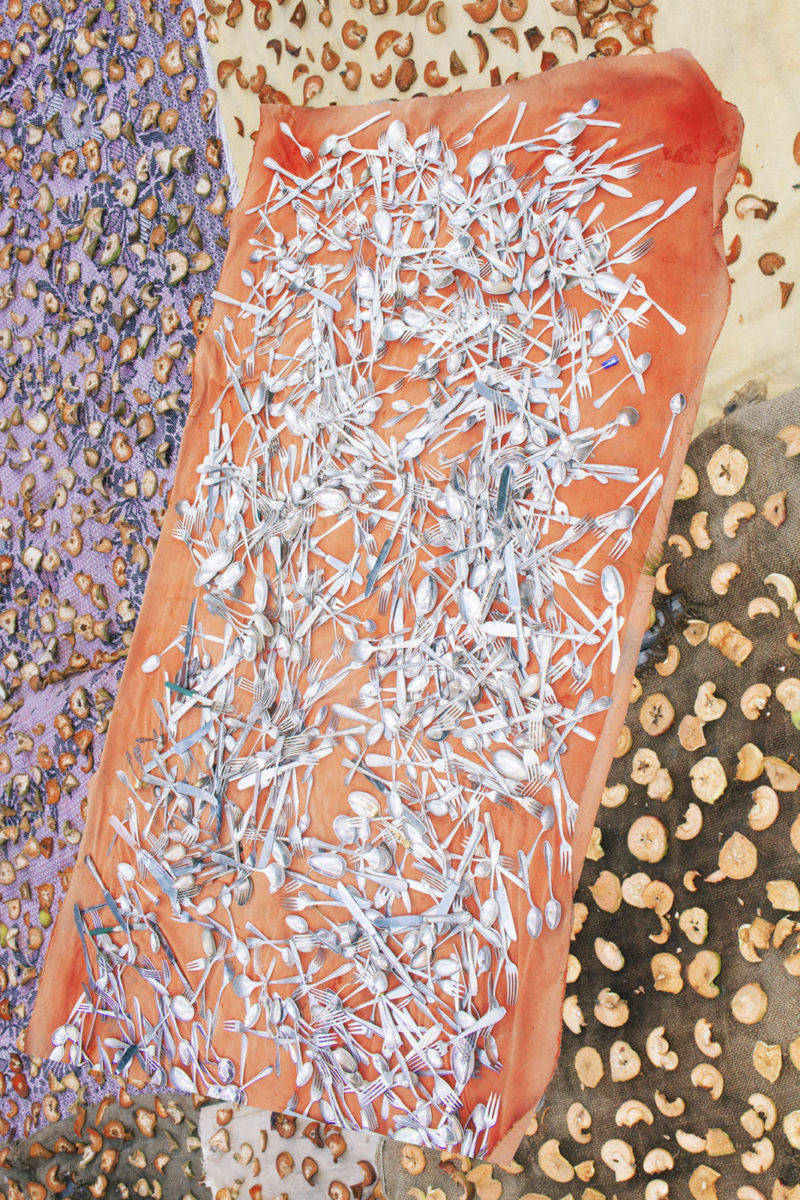