Debmalya Ray Choudhuri (b. 1992) is a photographer and writer from India currently based in New York. He deals with the themes of identity, sexuality, love, home and memory using a very personal and intense approach. He sees photography as an interface with the world, a way to confront it, a way to desire and define his position in the world. His practice has its roots in the need to take distance from the chaos of the surroundings, and get intimate, physically and emotionally, in places where the hunt is more lyrical, delicate, sometimes strong and operating in the region between fear and desire. Over time, the creative practice has naturally flowed from finding a sense of belonging to one place, to connecting to people by establishing closeness to one person at a time. He uses these experiences of unknown territories, and conversations with strangers and friends to build the complex play of what it means to be here, to struggle and to live in a broader sociopolitical realm of existence. The lines between the subject and the photographer are blurred and fluid in his work. These dual conversations open new perspectives on the relationship between the Self and the Other.

He has spent time taking classes at The International Center of Photography (ICP) in New York and currently works on long term projects on ideas of identity, desire, and the struggle to exist and belong, through what he calls as “diaristic experiences” .

Tat Tvam Asi is a psychological expedition through a space hidden away from the chaos of the urban city life. Surrounded by the news of mob lynchings, political violence, hatred and confronting personal crises, and my own sickness after a year of suffering, provoked me to go on a journey, not knowing the destination. This helped me to restore a balance in myself and to find my position in the world again.

It is a phrase in Sanskrit which translates to Thou Art That (That you Are) in English. Although this phrase manifests itself through different literal interpretations in religious texts in India, it essentially connects us to a sense of being, a sense of the self, of who we are. In my life, this bears significance to my sense of belonging in a place. Growing up I was always intrigued by the idea of a utopia, a world where love would triumph over ego. That would go on to define who I was. However, the world is not meant to be so. It never was. Seeing my own family fall apart and confronting the loss of a loved one made me ask myself what exactly is Home? Does Home define one’s Identity? Can any place far away from where I live define my “Home”? Can I construct a reality in my mind and call it my “Home”?

That is when Rishikesh happened to me. An escape from the starkness of reality or was it even real? I don’t have those answers. Maybe I never will. Rishikesh is a “home” to many: Broken hearts, lost souls, dreamers alike. A dream tucked away in the foothills of the largest mountains in India, the Himalayas. This journey is not so about the place as much as it is about my own void and the need to look for a place, I could call mine, the need to belong somewhere. My sense of incompleteness being projected into a vast space of light, often interspersed with fragments of dark. In this work, people exist for me but only as inconspicuous identities, fragile trace of the body lost. Maybe those hidden figures were just my projections: any man who is lost looking to find his belonging, to pray for an answer.

Photographing the same space of land for a prolonged time became a way to reconcile. To observe, absorb and react was the only way out. The rhythmic spaces between the images, between nothingness and appearance of primordial rocks, balancing between light and dark becomes my reality, my life. In all the while, I only photographed a young guy as a reflection of my portrait, hiding behind shrubs and thorns, wanting to come out and yet having a resistance to confront. That was my self-portrait. My reality then.

I do not know if the experience is a shared journey or just mine. All I can say is that this temperance of a “Home” called Rishikesh is a part of my living truth. I am there, distant from the reality of a past. I am there, all by myself in a world of my own. My “Home”.

“To question the darkness, but at the same time to not give up on looking for the light.” 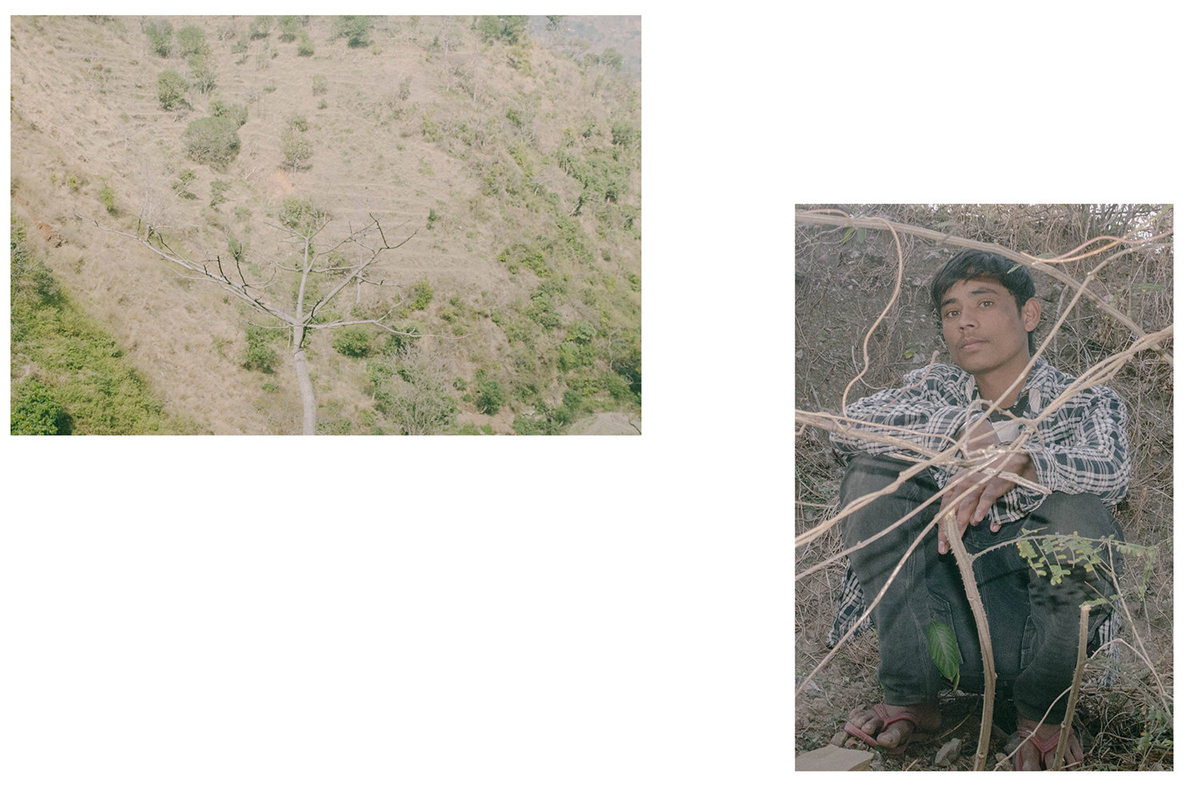 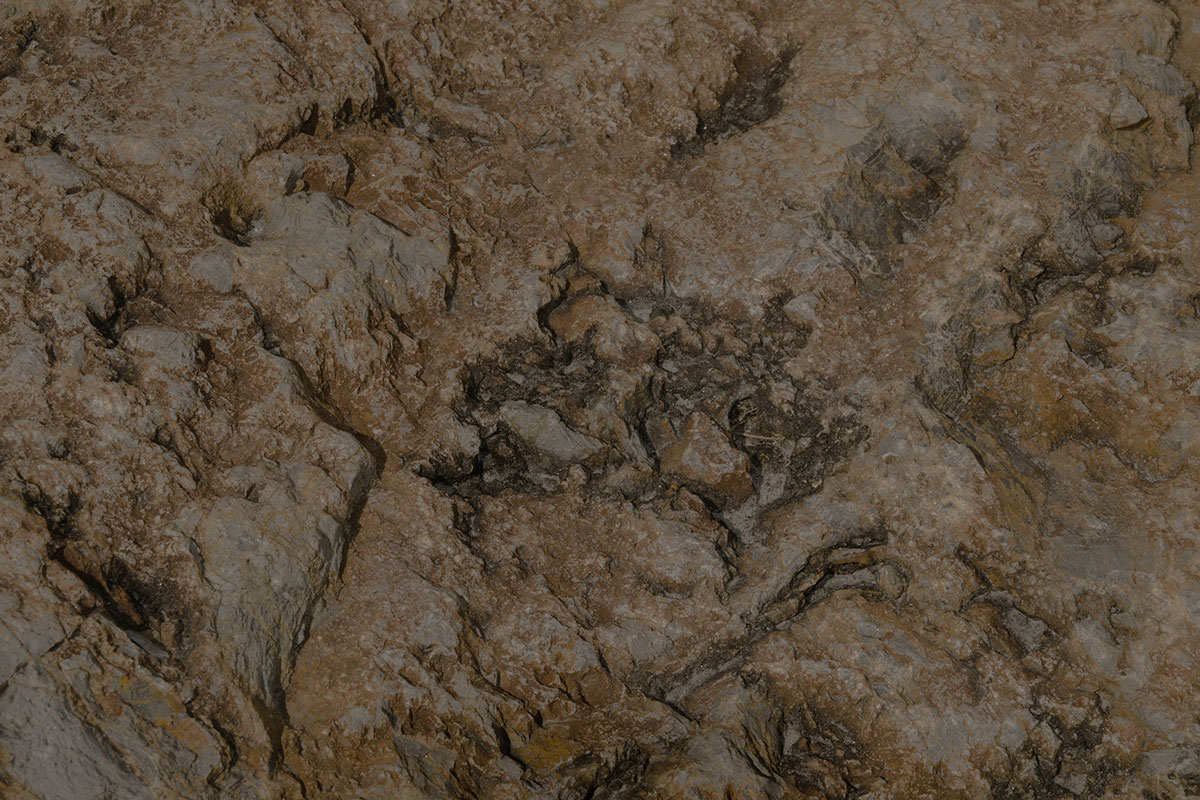 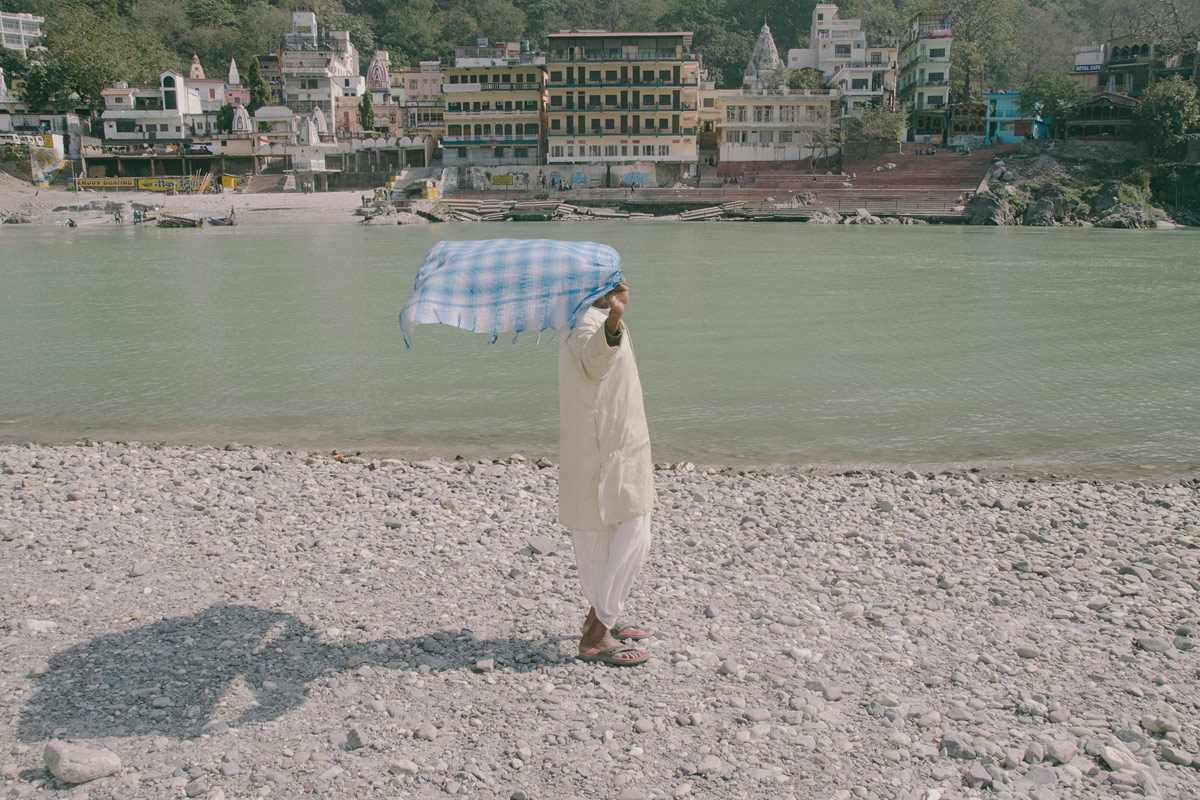 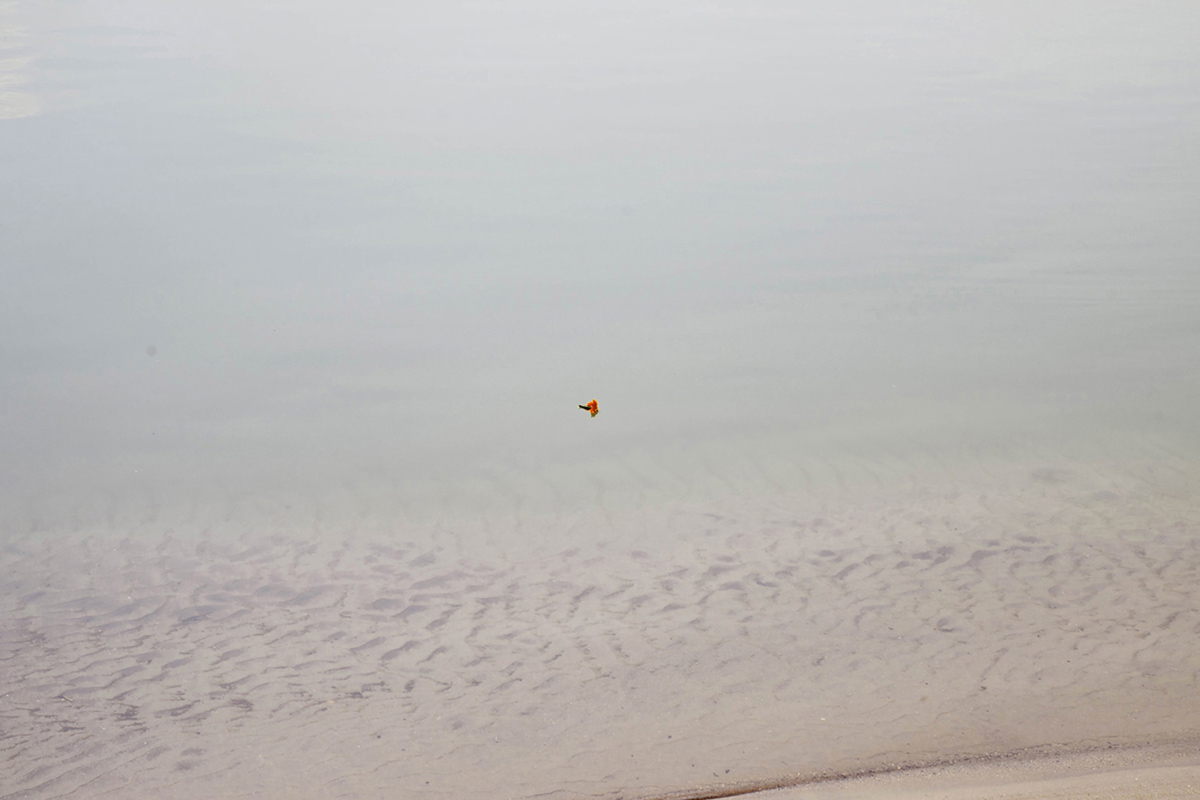 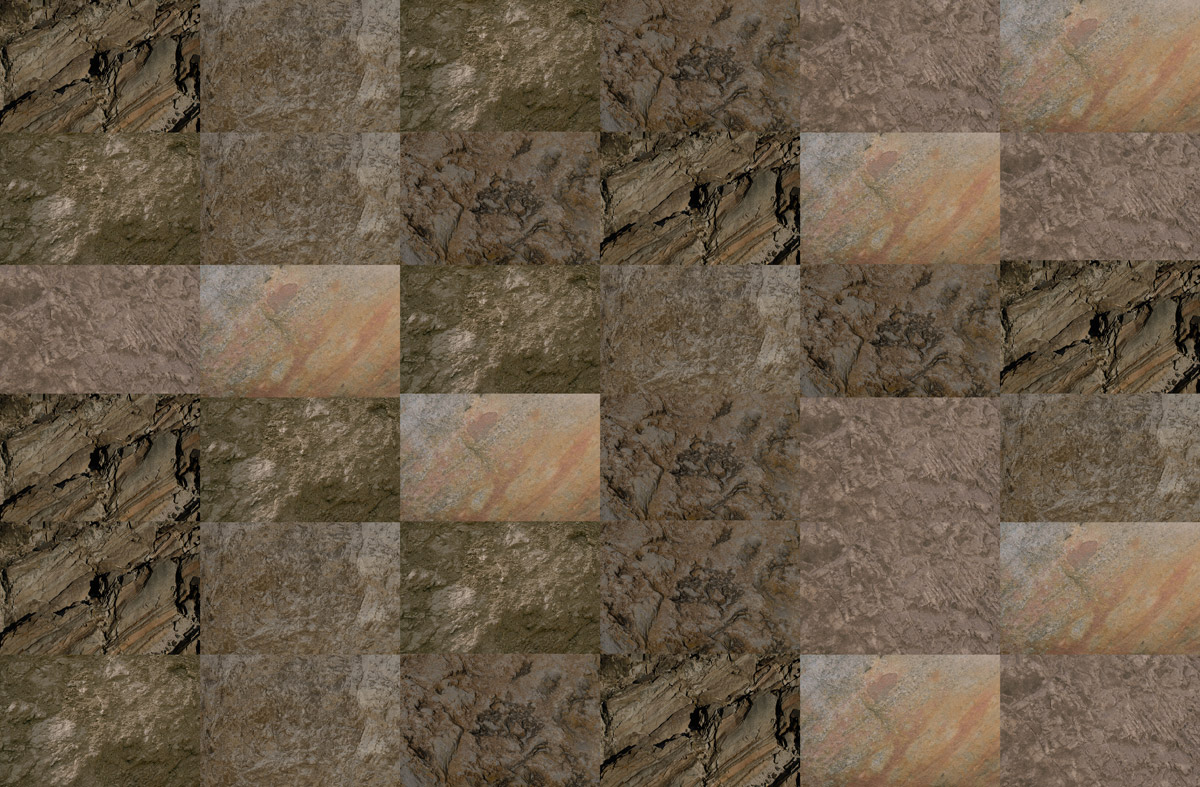 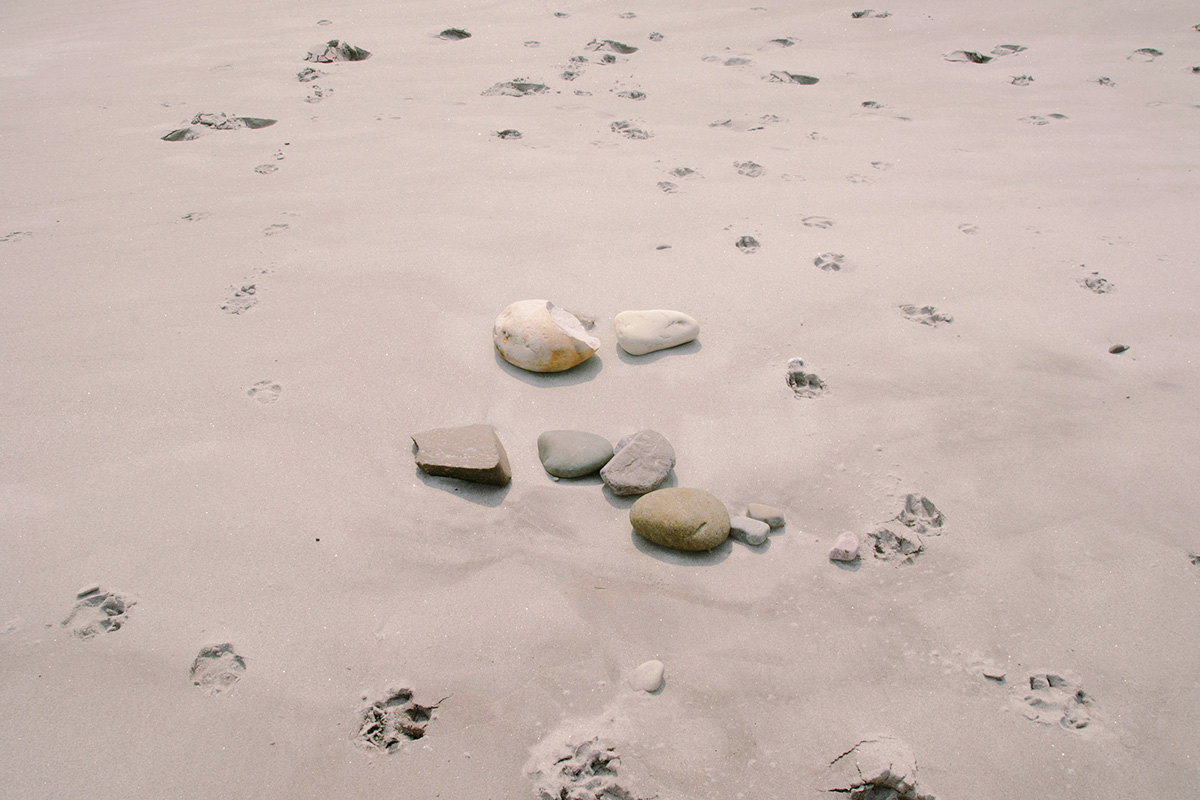 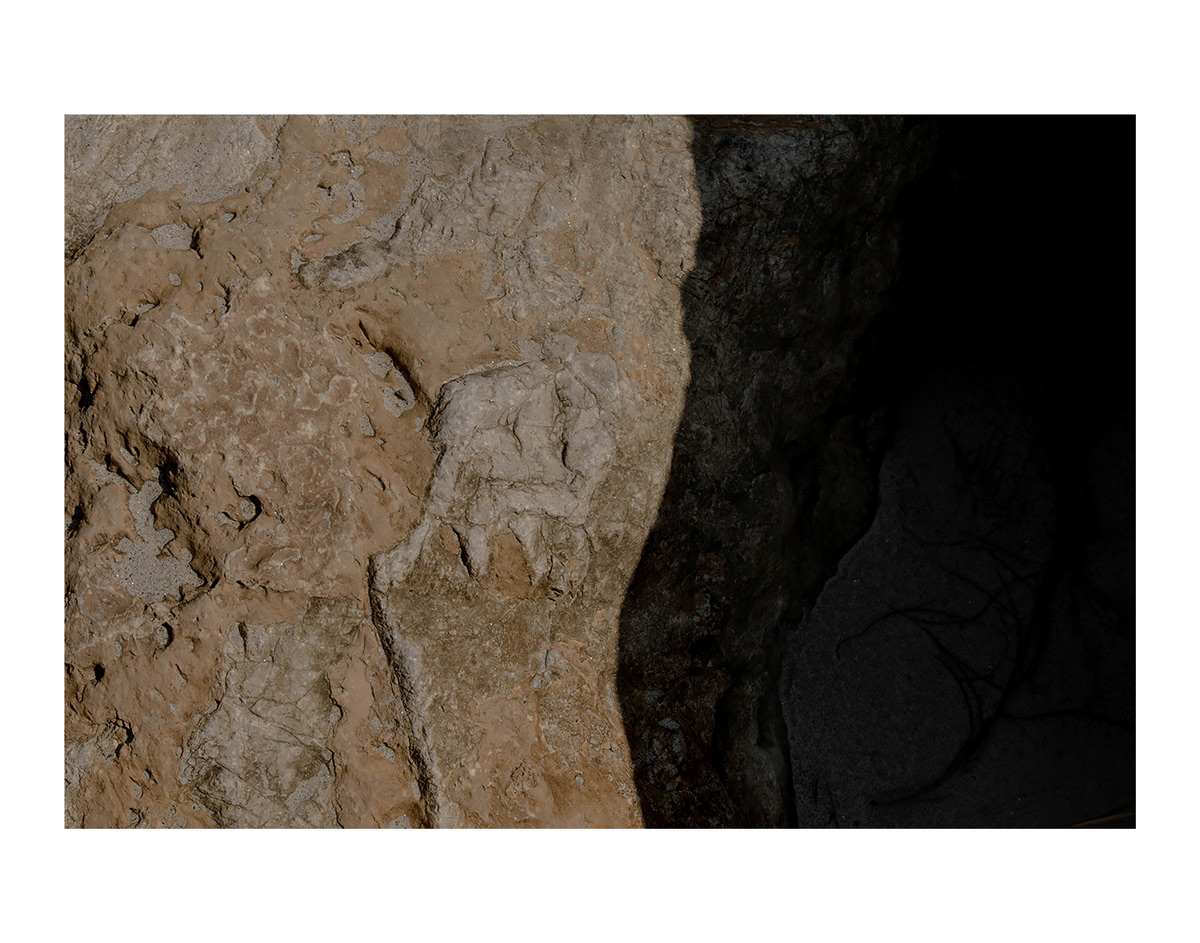 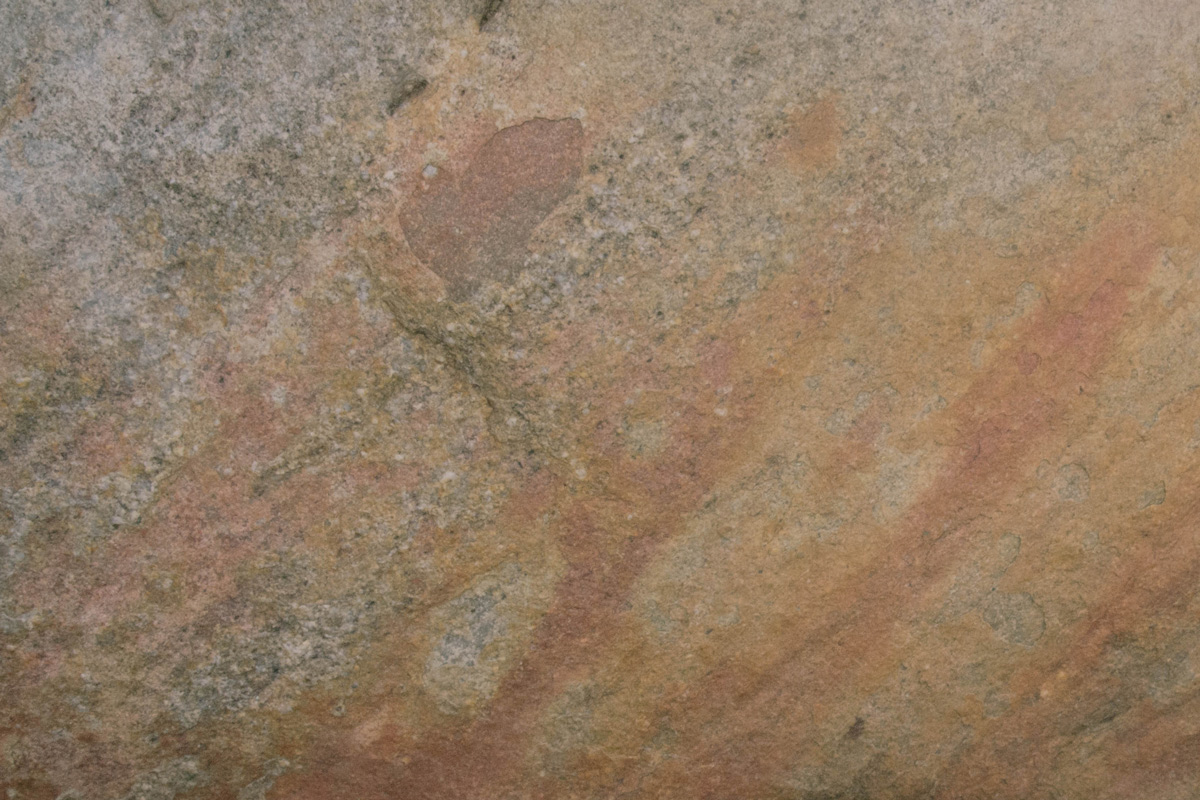 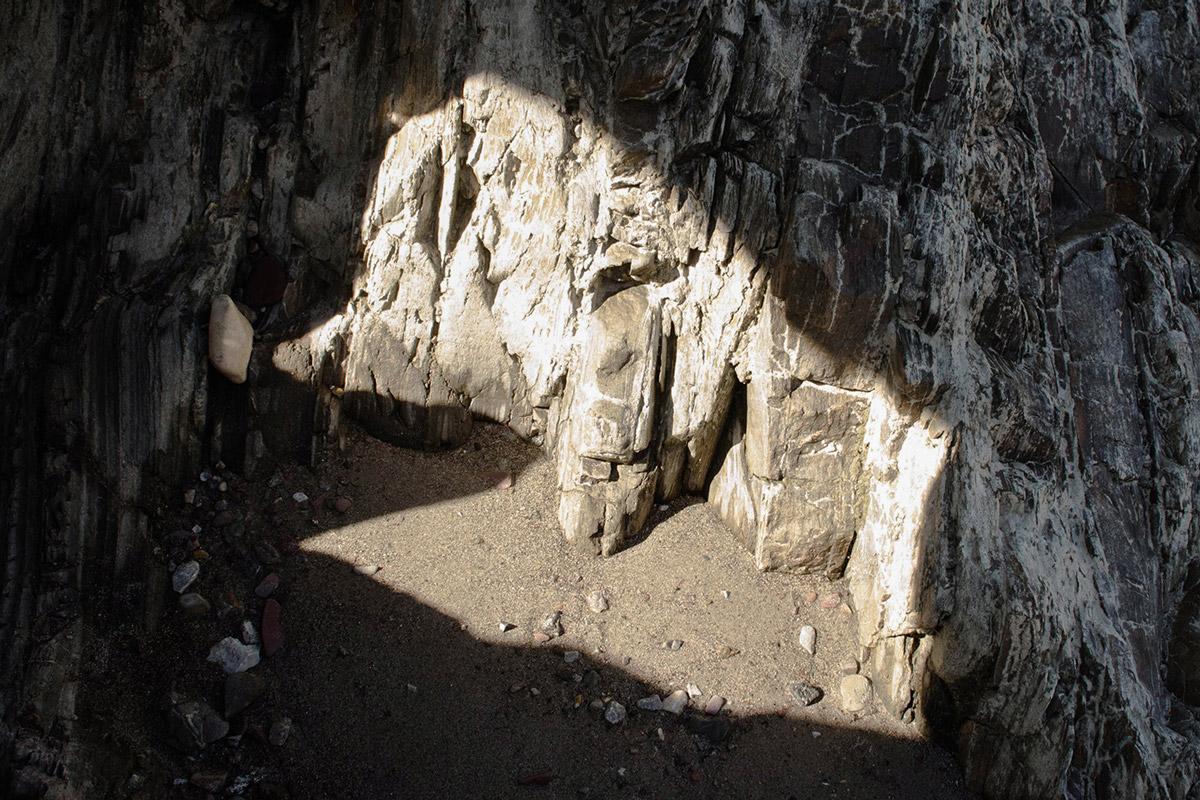 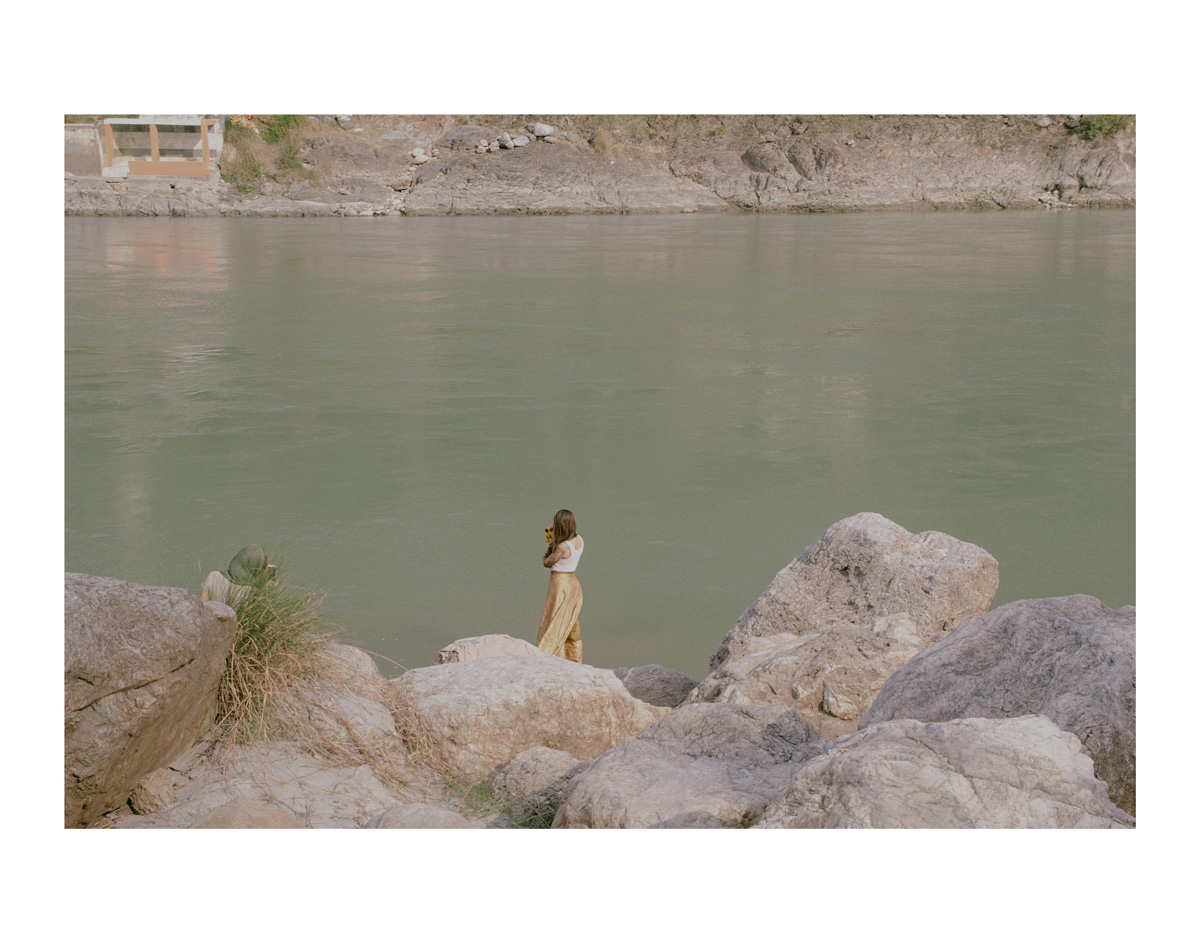 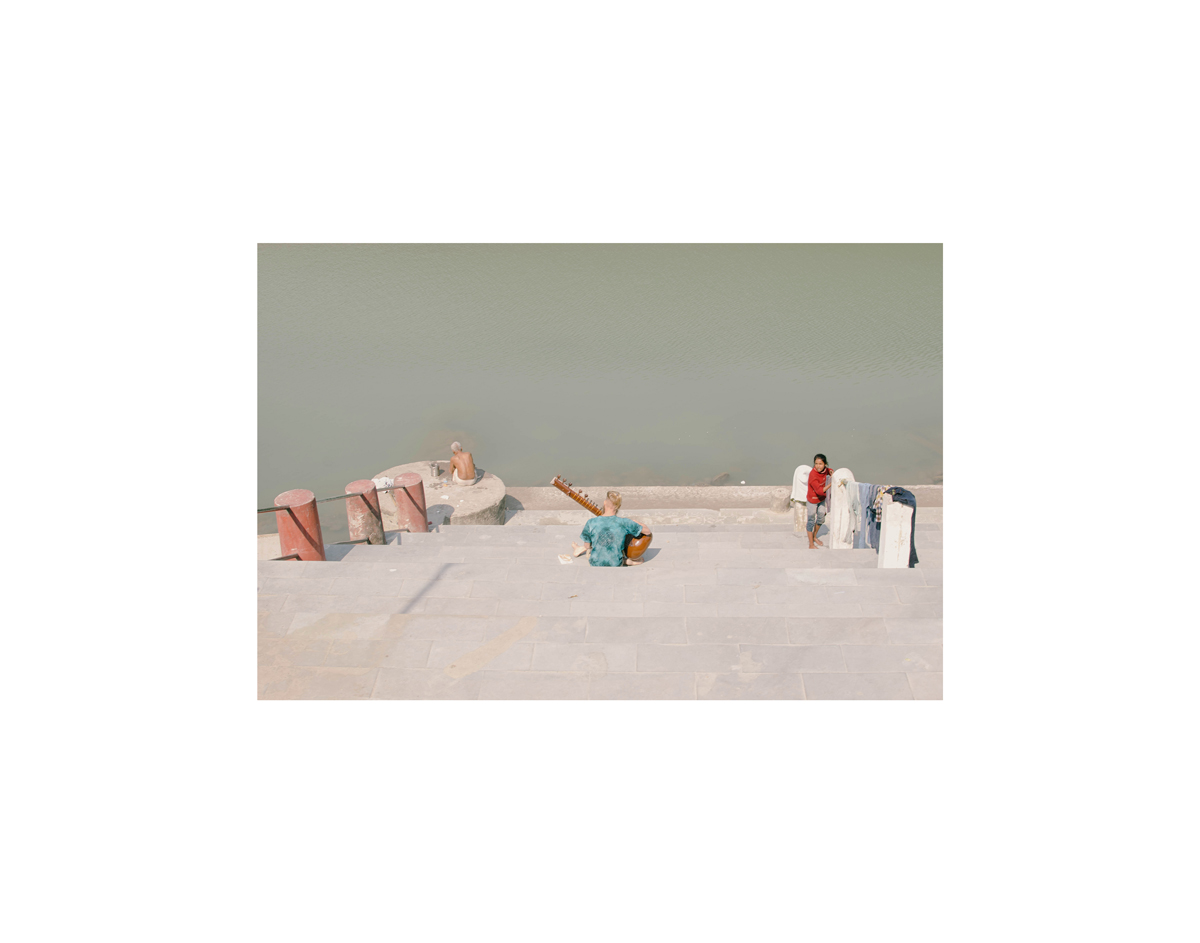 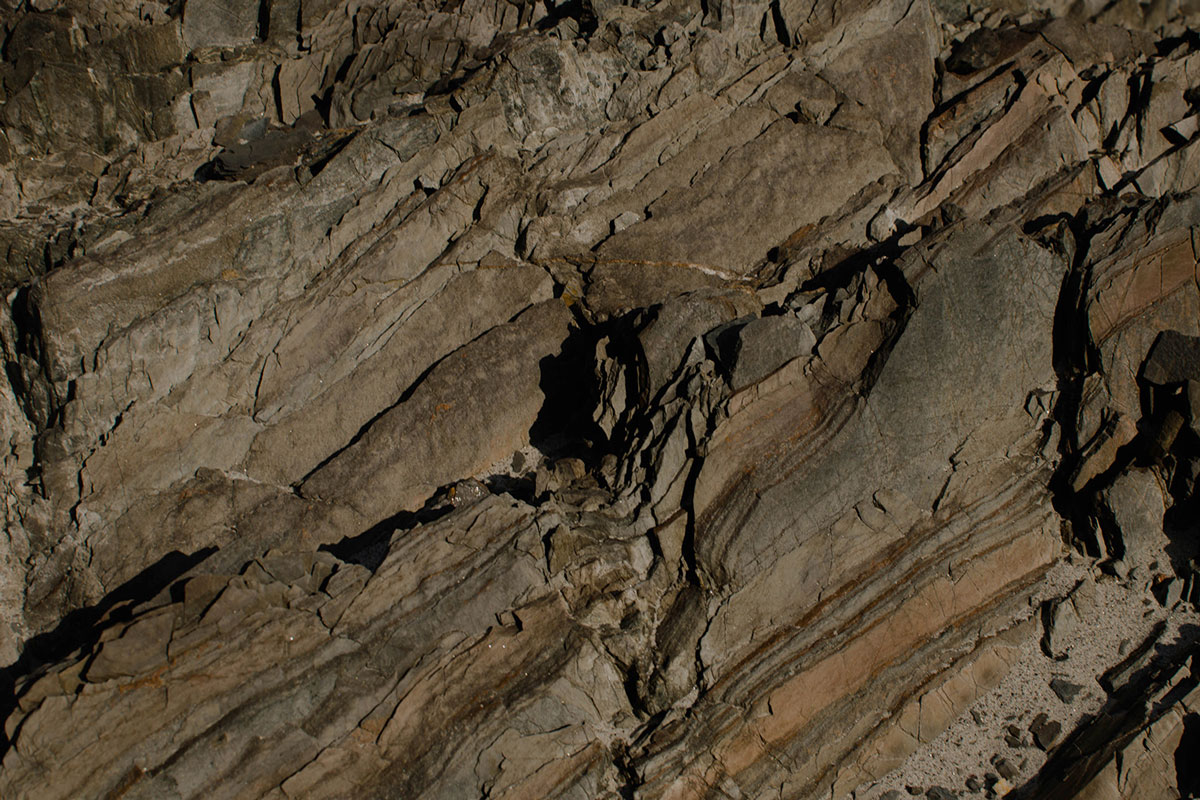 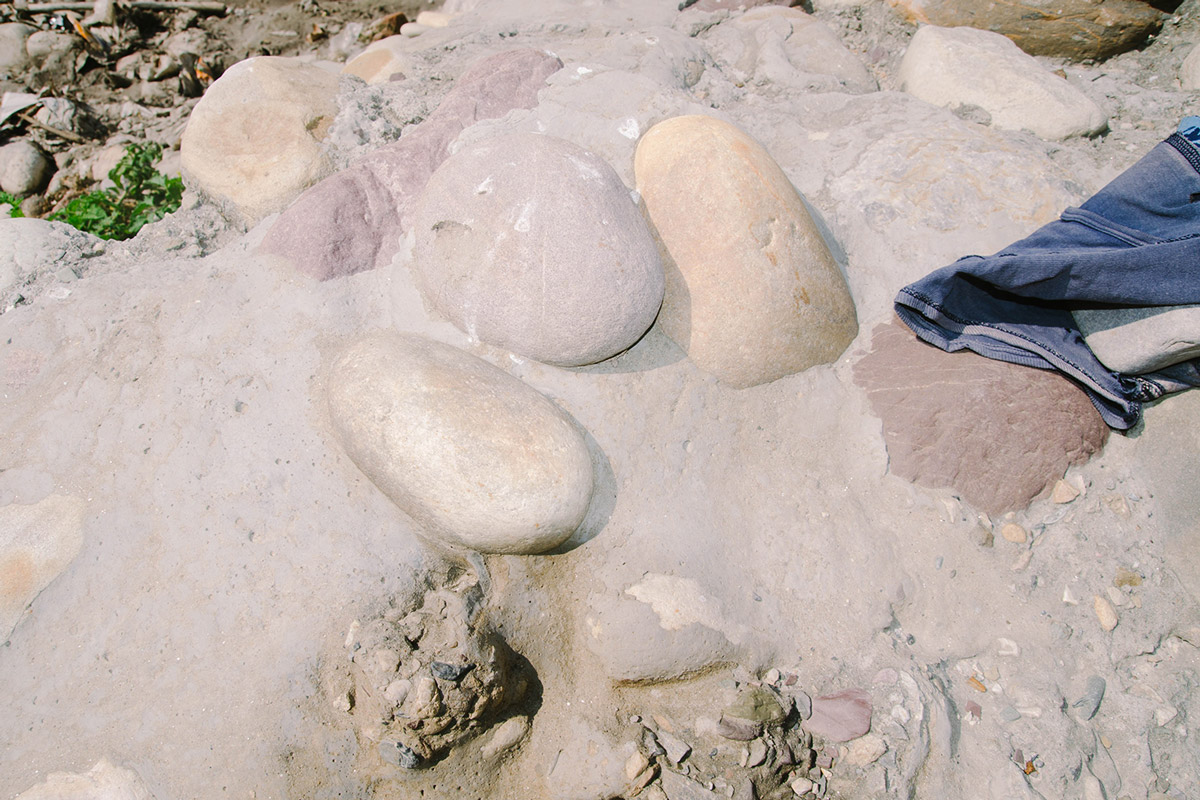 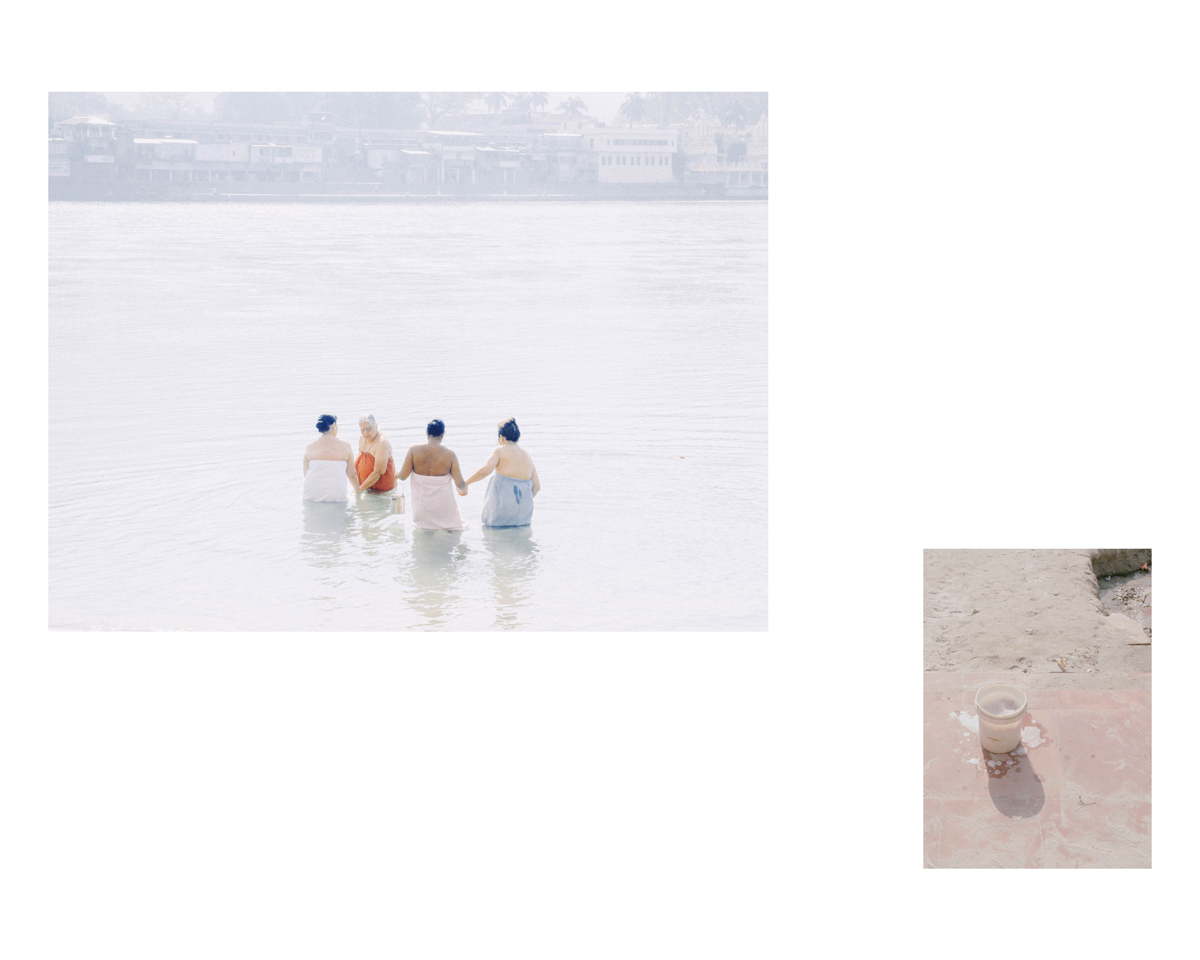 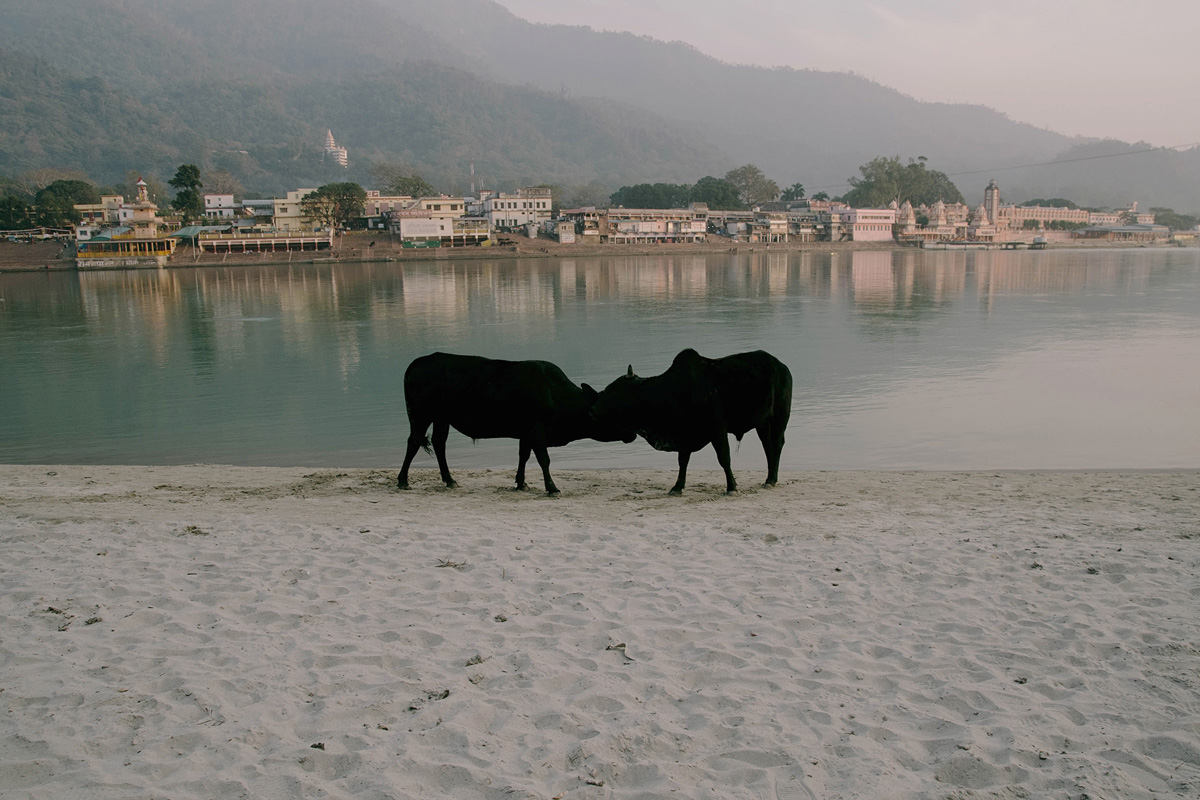