Catherine Hyland connects us to tradition through gestures and rituals 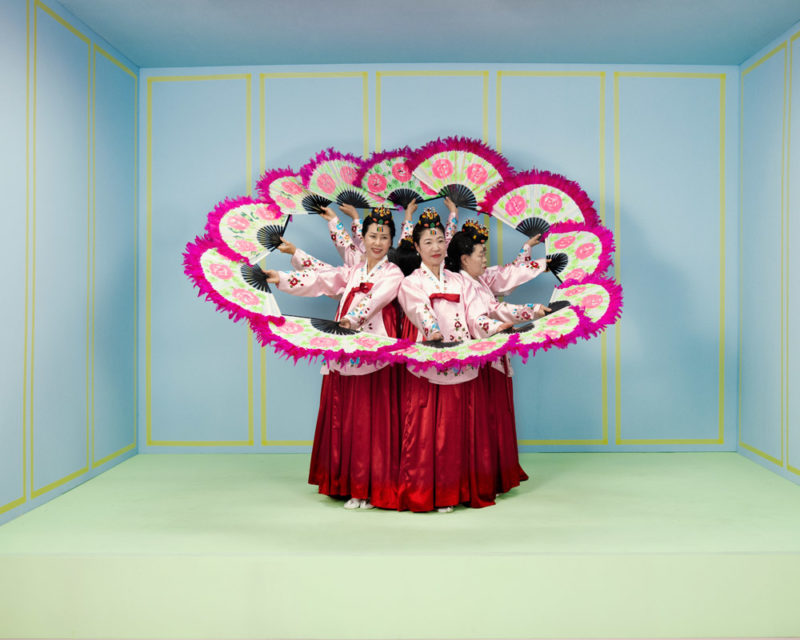 Catherine Hyland is an artist based in London. She graduated from Chelsea College of Art and Design with a First class BA (Hons) Degree in Fine Art and completed her Masters at the Royal College of Art. Her photography centres around people and their connection to the land they inhabit. Primarily landscape based, her work is rooted in notions of fabricated memory, grids, enclosures and national identity.

Her large format images depict humanity’s attempts – some more effective than others – to tame it’s environment. An observation that has led to both artistic and commercial outreach, with residences at venues such as Focal Point gallery in Southend for the RADICAL ESSEX programme and has exhibited work at Month of Photography Los Angeles, Renaissance Photography Prize, National Portrait Gallery, Royal Photographic Society, LES MAGASINS GÉNÉRAUX, Somerset House, Design Museum in London, ICA & MAC in Birmingham. Hyland’s ongoing projects highlight humanity’s attempts to tame and transform nature, both past and present

About ‘The Traces Left Behind’ – words by Catherine Hyland:

Rituals and gestures bond us as humans. These small traces of our identity connect us to tradition, family and heritage. They enrich our lives and provide comfort. From these small moments comes profound understanding.

New Malden, a suburb of South London has the biggest community of North Koreans outside of the Korean Peninsula. Around 600 defectors have settled here to build a new life, free from the regime. Defectors live complicated lives, traversing the gulf between then and now. People defect for political, ideological, religious and economic reasons. The brutality of the regime is impossible to imagine, starvation, propaganda and political pressure and punishments are just some of the extreme problems they face daily. Everything is decided for you. Free will does not exist. Even after you defect, the psychological and cultural adjustment can be hard; due to the extreme conditions people are used to. The film explores how rituals connect us in times of change and displacement.

The disparity between the media and reality is vast and we hoped the project could be a platform for these women to share their stories on their own terms. We wanted to enable them to share their experiences not only as defectors, but also as women, as elders, as musicians and most importantly as a community.