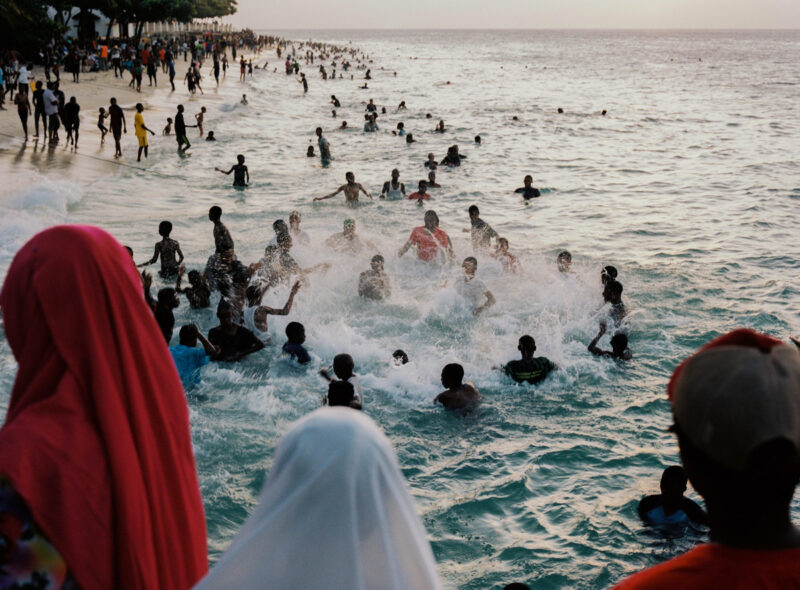 Carl van der Linde (b. 1993) Is a South African photographer based in Cape Town. Not receiving the artistic fix from his work in economics and marketing, he travelled to South America in 2018 and decided to steer his life in an alternative direction. Having always admired photojournalism, trying his hand at it himself was a logical next step.

His work is a manifestation of his yearnings, bringing his stories and observations from far away destinations home in the form of photo projects and documentary commissions. Being in the infant stage of his career, his way forward will unfold by navigating a balance between his intuition and unplanned, spontaneous breakthroughs. Carl has a catalytic love for image-making and is drawn to the emotion and romanticism captured within a still image.

About A day is short in Africa – words by Carl van der Linde:

The series “A day is short in Africa” was born from a harmonious culmination of random events whilst I lived in Zanzibar, Tanzania towards the end of 2020. With this series, I set out to explore what it means to be a young man in Zanzibar. From hustlers and aspiring artists on the streets of Stone Town to Maasai tribesman interested in contemporary fashion and Western hip-hop culture. The title stems from the slower pace at which life unfolds on the island. Locals live on “island time”, forcing one to take a step back and slow down from your normal pace of life.

As I started researching the history of Zanzibar, I was amazed to learn about how cultures from all over the world have congregated in Zanzibar for centuries. While parts of Europe and the West were still struggling in the dark ages, the bright light of the East had already started shining on Zanzibar. The Swahili Coast in East Africa formed part of a large mercantile civilization, where Zanzibar found its self in the middle as an alluring, tropical stopover.

This resulted in Zanzibar developing into one of the most fluid nodes from the global south, as ideologies, people and resources intermingled there. Many social, religious and economic structures intersected at these ports resulting in open-minded thought, world-views and opinions amongst the ethnically diverse inhabitants.

With an open-ended narrative and pursuit of a mixture between showcasing local stories and experimenting with self-styled aesthetics, the series combines my own need for conceptual direction combined with observations of subjects in their natural environment. The result is a gentle ease into a day in the life of a young Zanzibari man; no forced messaging or attempts to create a particular narrative.