C41 Questions On with Stanislava Pinchuk, MISO: Life and Reactions after Covid-19

Questions On is the new video interview format created by C41. Three are the ‘simple’ questions asked to our network friends, partners and creative minds. They tackle the current situation: How do they see their future, what kind of changes do they expect and how they are going to react to this unusual situation that we are living these days?

The third episode is with Stanislava Pinchuk, also known as MISO. She is an artist working with data-mapping the changing topographies of war & conflict zones. Her work is produced in full independence, and surveys how landscape holds memory and testament to political events – spanning drawing, installation, tattooing, film & sculpture. You can watch it on the C41 YouTube channel and also read it below.

I’m an artist who works in war zones and conflict zones, mapping how land has been changed by political events. I’ve been living in Sarajevo for the last year and something people often say about the sieges, one of the most dramatic things was not the siege itself but returning to normal life. People were very surprised by how difficult that was for them and I think that’s something we should remember in this time: returning to normal may be more difficult than the new normal that we’re learning to live with. I think we need to be really gentle with ourselves in that time. The future in arts feels incredibly precarious. It’s very hard to speak about everything at the moment because what was true three weeks ago seems like a very distant memory now but it’s very difficult and very uncertain with everything frozen and trying to understand what we might return to and what we might not. But what gives me great hope is that in the arts, we’re incredibly good at being resourceful and pulling lots of different ways of thinking together, different disciplines, different taxonomies. We’re really used to having it tough and being quite ingenious, adapting and scraping by and I’ve taken a lot of solace in how strongly people are returning to the arts now: to books and records, films, artworks, magazines; really searching out new ones, but also falling back to comfort food and the old favourites of the soul. I’m really excited about what that might mean down the track and I’m excited about the kindness and patience and gratitude that I think we’ll have for each other and for creatives.

My big hope for the West is that it’s a time of really practising sustainability and not just in theory, but really making the changes that we know we need to make in our industries and personal lives and travel and consumption. My really great hope is that the echoes of this time will really, really stay in the way people live and consider what they were part of. My great fear, I have to say, is that governments who are not on the sides of their people are going to use this time and circumstances against us. I am watching Calais and Baseco in Manila and what’s happening in Slovenia and Hungary and fear what might happen to my home in Ukraine, which has already been in civil war for seven years now. I fear what governments are going to do in this time of extreme measures when people can’t take to the streets and protest. But my great hope is in what we’re seeing in terms of biodiversity. As an artist who works in conflict zones and war zones, what you normally see when we take out humans from places is that the biodiversity becomes quite incredible, and it’s often a really, really rich place for biologists to work from, as well as people like myself. What we are seeing in Australia at the moment, how the birds and possums are living in my neighbourhood, is quite exceptional and quite different. And my great hope is that we’re going to be a lot more conscientious toward the animal world that we come back to while we’ve been gone.

My first instincts were to make things with my hands, particularly to sew, and to read. Not just for my work or research, I’m a really avid reader but more widely for escapism, I suppose, which I don’t do enough. My instincts were to cook and eat really well. But most importantly, I think my answer is to look at other people and to watch what they need. So never eat or drink before you check that your neighbour has food and water. I think the answers we’re looking at are what our immediate community and global community needs and what are the tools, skills and technologies that we have or we can access or appropriate or learn in this time, to be generous and contribute as widely and powerfully as we can. I really like the idea of using your treasure, right? For some people that’s material and financial treasure, and they should know that. For others, their treasure is their skill or their networks or their communication, their cultural capital. I think for me, maybe the answer is to figure out how to use nutrition. 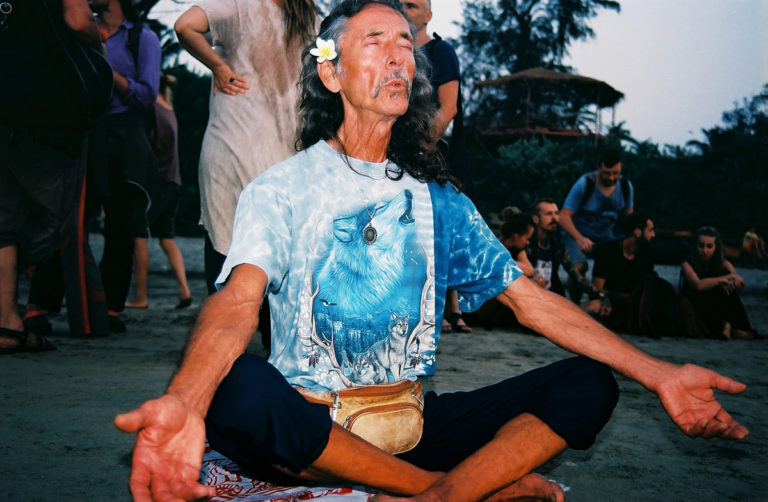