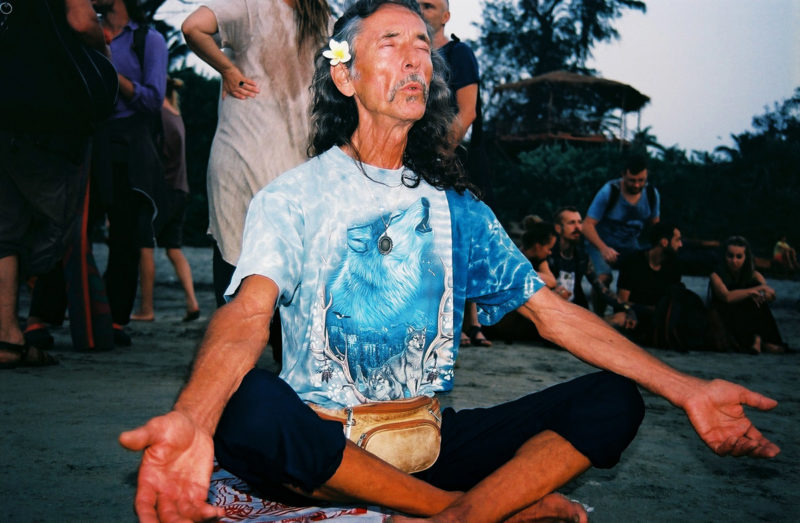 Brice Dossin was raised in a small town in Normandy. He has lived his childhood in a secluded place, far away from the colorful crowds he likes to study and investigate. He discovered photography on his own, using the photo lab of the Architecture school he was attending.

Since 2014 he has been building thematical series in which subjects are focusing on the depiction of society seen as mass consumption, underlining its excesses and frivolity. In 2017 he has been chosen as the Ambassador of Mois-Off of Photography, in Paris. In 2018, his project “Airpocalypse” has been selected for the Prix Voies-Off in Arles, France.

His interests reside in what could be called human photography, using the camera as a tool capable to deepen into the social fabric, giving at the same time a very personal and bright point of view pointing the attention to particular sides of the whole matters he investigates.

“Xmas Vindaloo” focuses on Christmas time in Goa, a little Christian enclave in India, with a sulfurous reputation. Goa gained fame for hosting hippie communities in the 60s being the ending point of the hippie trail. This Christian region of India, turned into the trance music capital of the world in the 90s and while Indian and international tourists come here to party until they drop, local people celebrate Christmas in a vivid way with displays of decorations everywhere. At this time of year, Goa offers an unlikely gathering of retired hippies, trance music lovers, Indian tourists, baba cools, stray dogs, and undomesticated cows, mixed with a hint of the local spice called vindaloo, typical of the Goan cuisine.

Now enjoy a Christmas tale under the sun with “Xmas Vindaloo”.