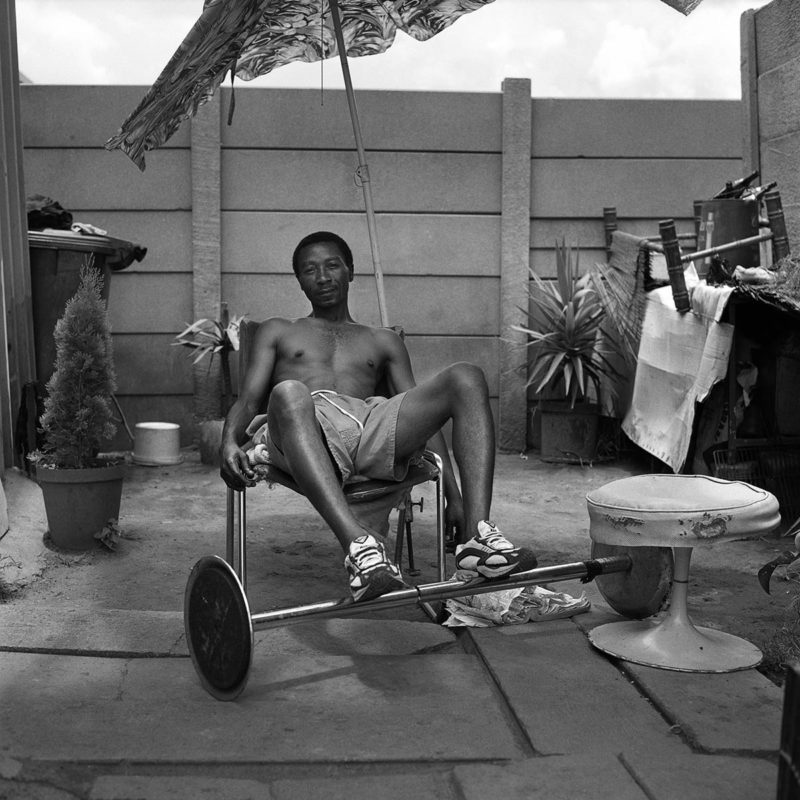 Marc Shoul was born in Port Elizabeth, South Africa in 1975. He now lives and works in Johannesburg. He works largely in portraiture/documentary photography that observes the complex social issues in his country.

Shoul graduated from the Nelson Mandela Metropolitan University with a B Tec in Photography in 1999.

His work has been published in Shots, Camera Austria and OjodePez magazines, as well as online on Burn Magazine and Leica-Camera websites. He also won WinePhoto photographic competion with “Brakpan” and received honourable mention for “Flatlands” in 2011.His work can be found in the collections of the South African National Gallery, Cape Town, Nelson Mandela Metropolitan Museum, Port Elizabeth, South Africa as well as The Memmo Foundation, Rome, Italy.

He is represented by Extraspazio Gallery in Rome, Italy and Panos Pictures in London, UK. 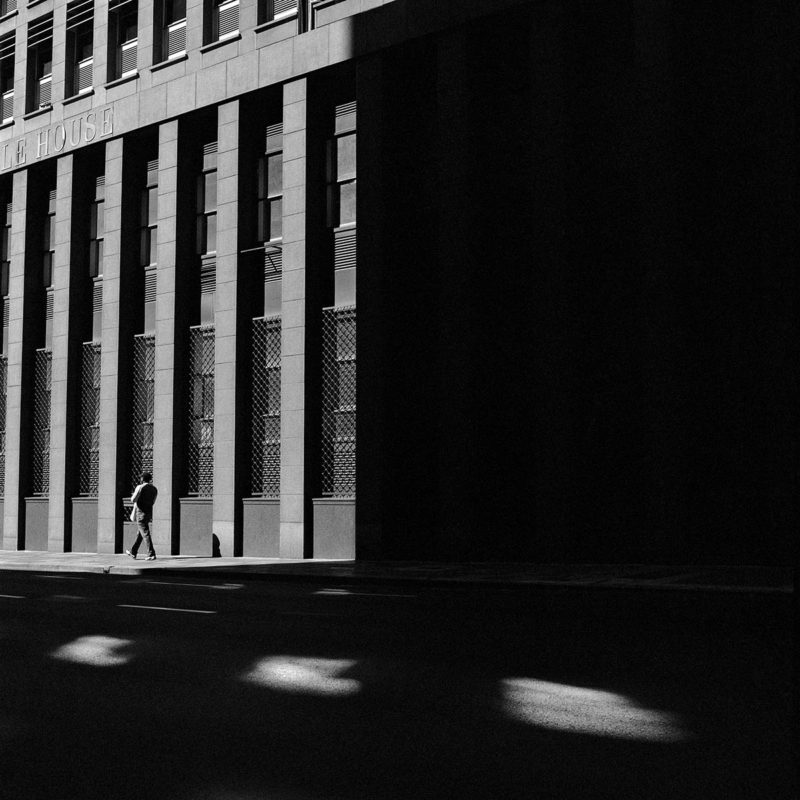 Flatlands focuses on Johannesburg’s inner city. The work documents people who have moved into this high-rise urban environment; many of them refugees, all of them searching for ‘gold’ in one form or another. And so it has always been. For over a century now, Johannesburg has been a beacon for people from all over the world, offering the promise of a better life.
Today, the inner city comprises a densely populated landscape, filled with high-rise office buildings and apartments. Accommodation is cheap, catering for the waves of immigrants who move through these flatlands. The once mainly-white population has dwindled to a sprinkling and the inner city has, instead, become a hub for the entire sub-continent. Today, it is a home, of sorts, for people from across the African continent. 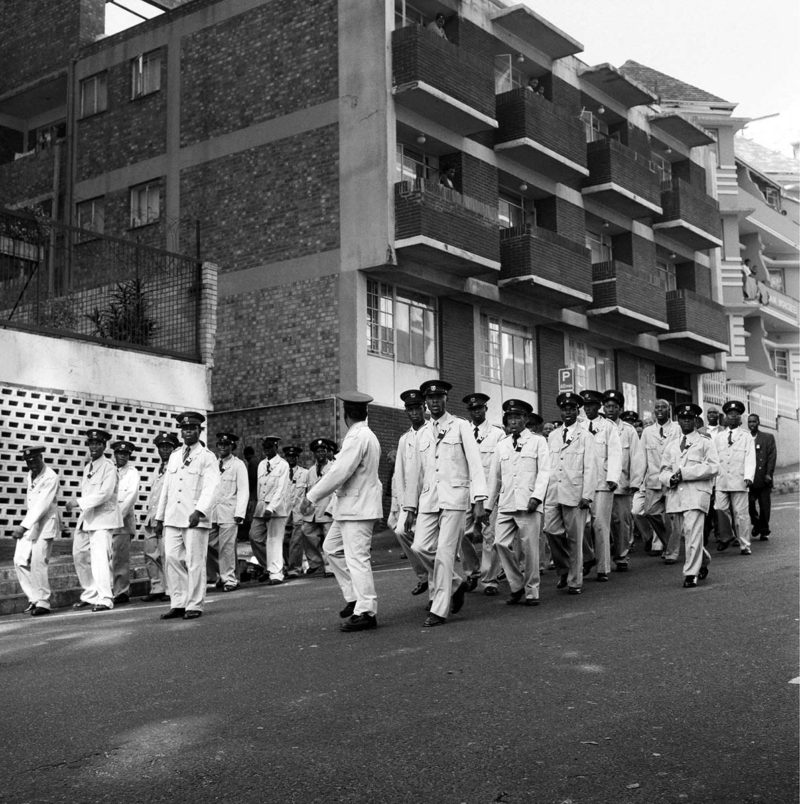 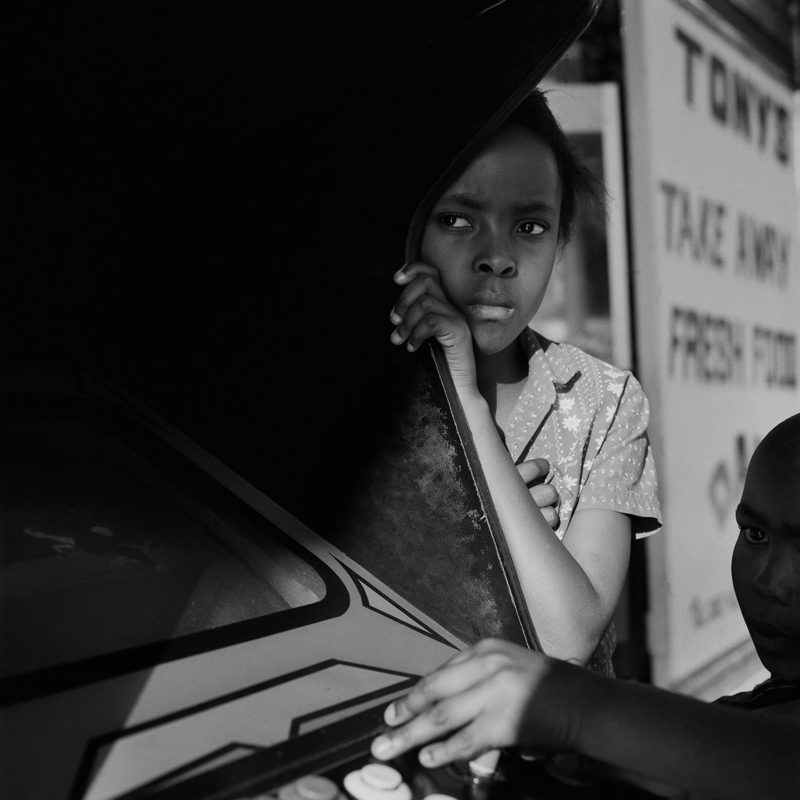 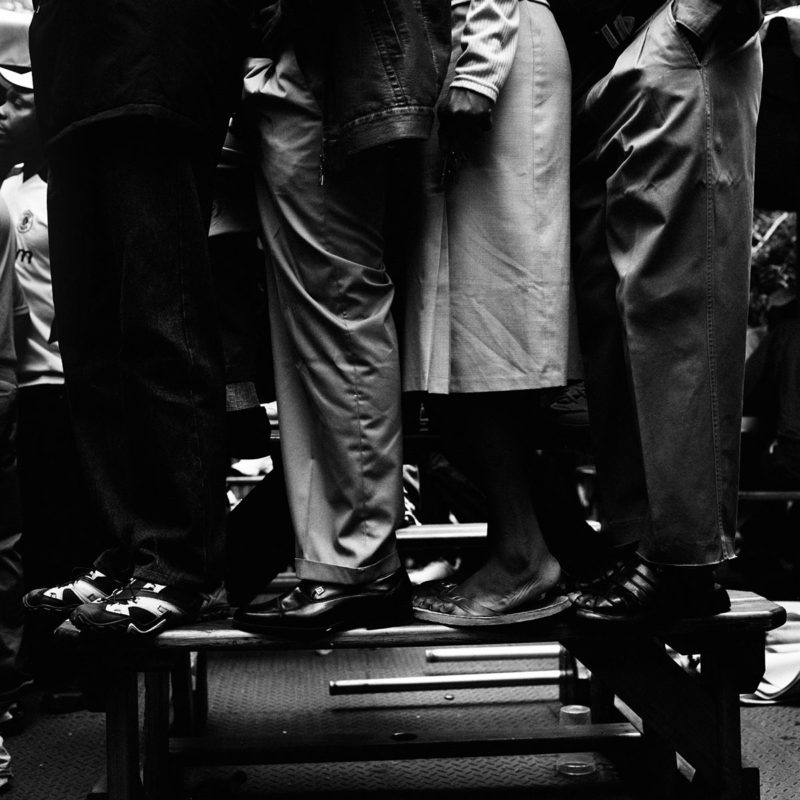 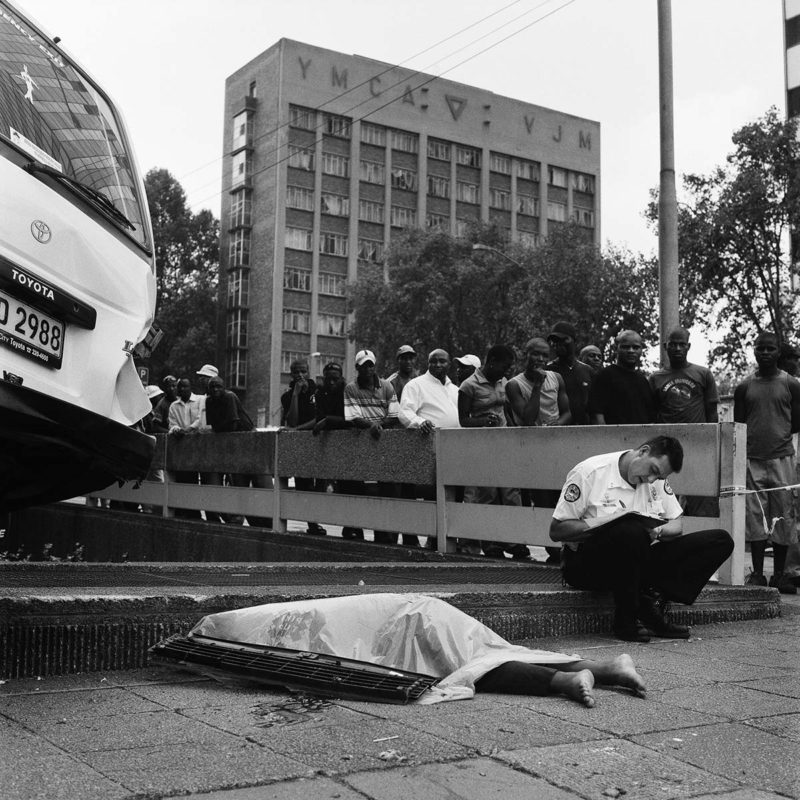 Life in many parts the Flatlands is difficult. In some blocks, ten or more tenants live in tiny partitions of once-larger flats, filling each room with their possessions. Lifts are often broken and buildings are in need of repair.  Security guards are stationed outside buildings that house other security guards.

But Johannesburg has an infectious momentum and relentless energy and drive. It’s the excitement that overpowers the fear. Streams of people walk the streets. Children go to school, taxi hooters echo off the buildings as they race to beat the amber light. Outside shops, MC’s call to customers through microphones, mixed to a distorted house music beat. Streets are congested with cars and people.  Shops sell anything and everything. There are beggars, street performers, shoppers, traders, bars, clubs and churches, as there are in any other urban space. Kids skip school and go to the movies. Schools and crèches open up in high rise buildings, next door to hair salons and Sangomas (traditional healers). Bars are open all day and night. Churches are full of hands in the air. Everyone is watching their back but going forward. 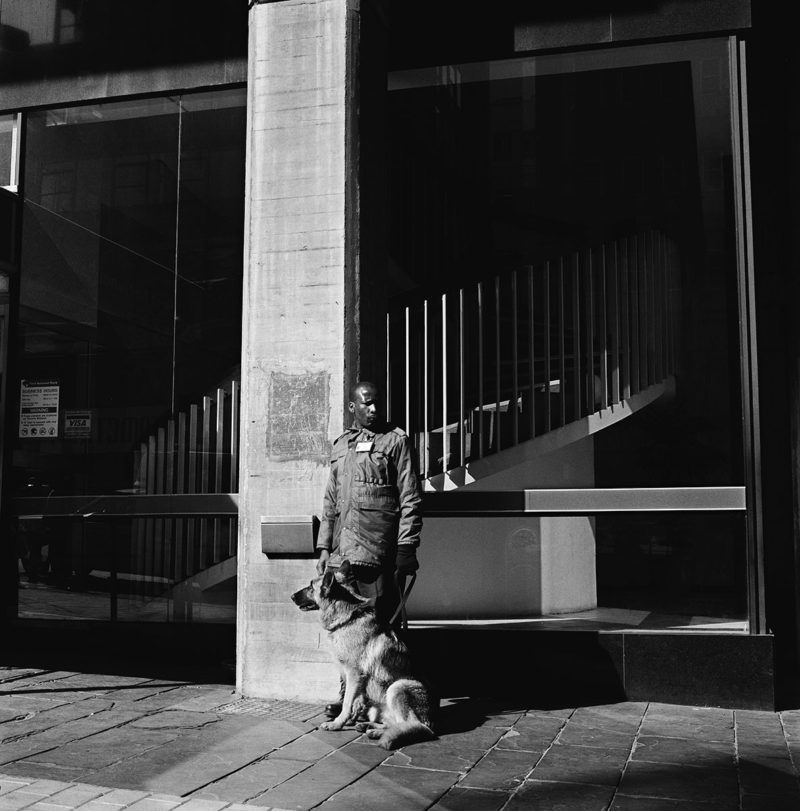 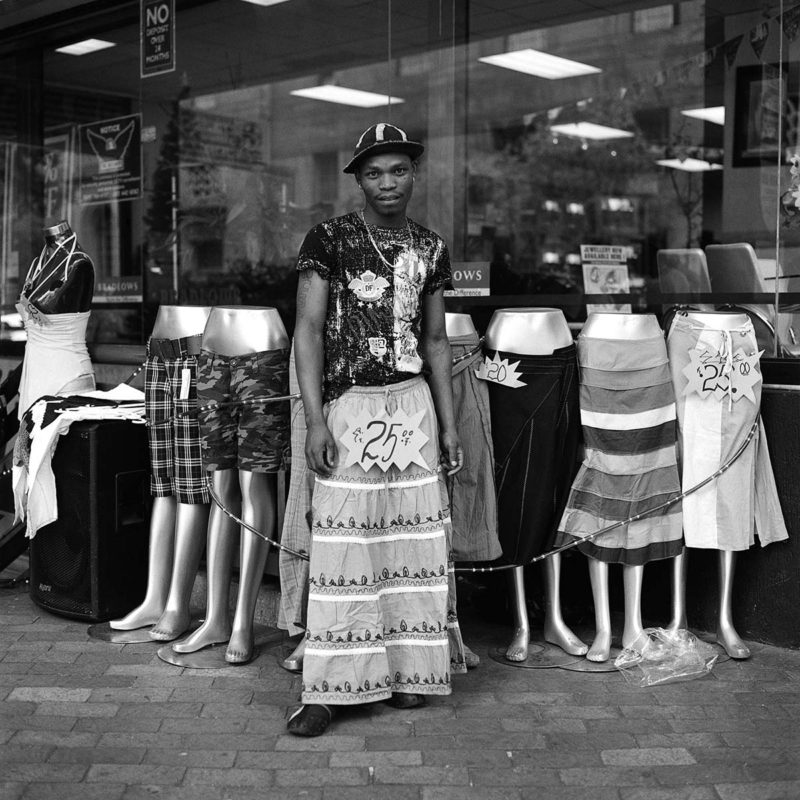 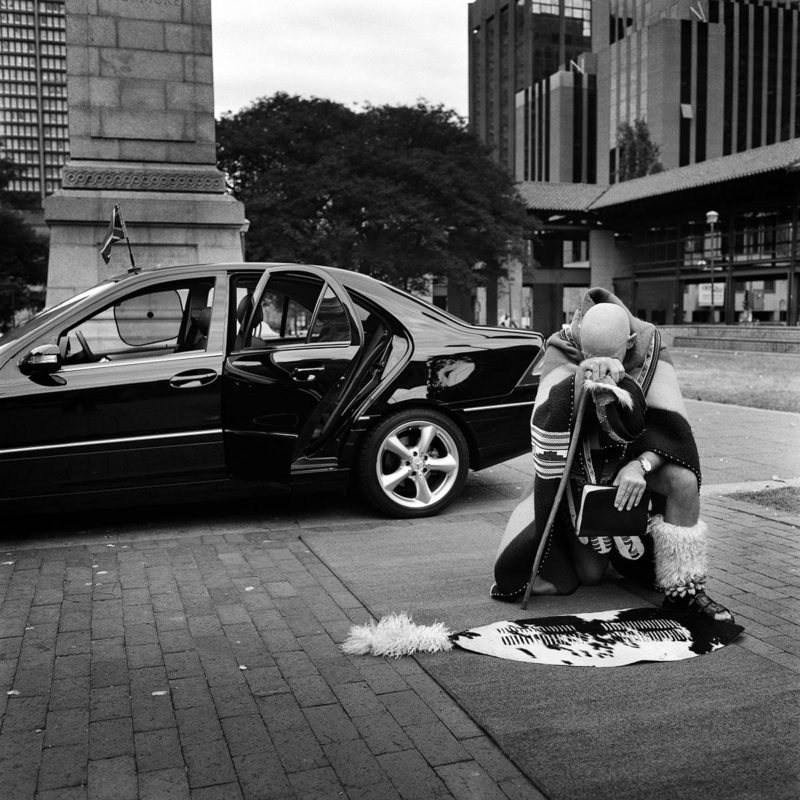 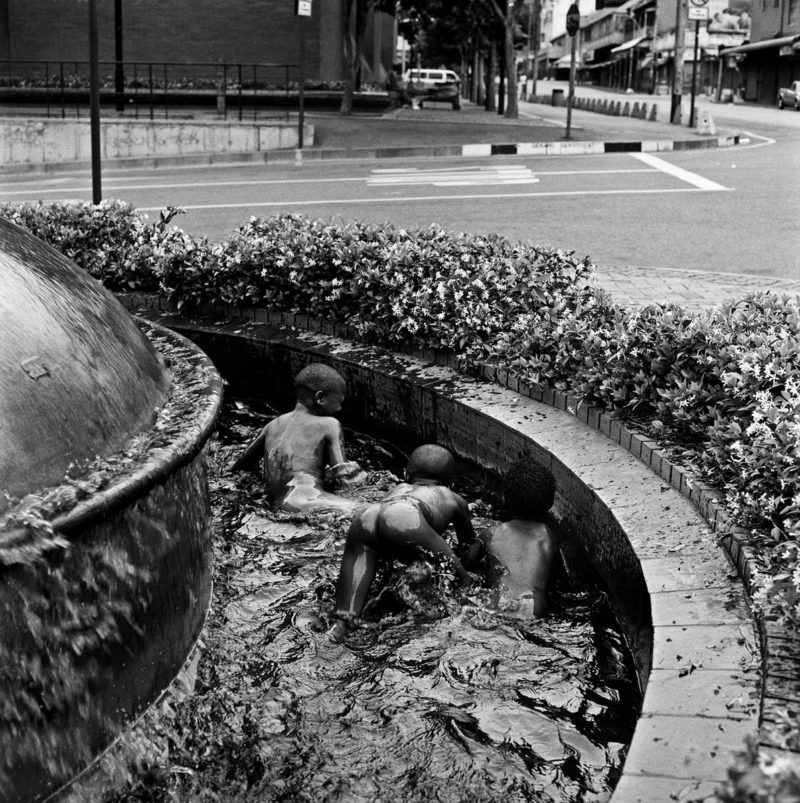 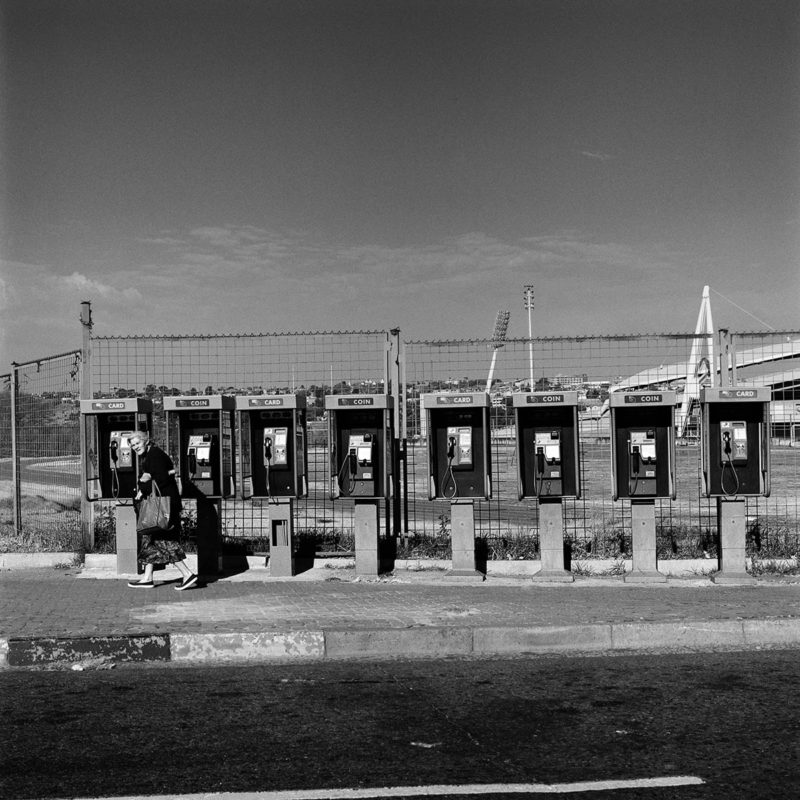 I wanted to document this new era of the Flatlands in post-Apartheid times; this huge mix of people and culture squeezed so tightly together in a space barely able contain it all. This is an area that was once compared to the great modern cities of the first world. Now it has taken on a significantly different character. It is a space of transience, a place on the way to something better, be it in South Africa or back at home. I wanted to see how people are making their own way through this amazing matrix of crumbling buildings, while still holding onto the promise of a better future that Johannesburg offers.

The images presented here are printed on Multigrade V1 FB Fibre matt photographic paper. Exhibition prints are 40cm by 40cm in size in an edition of 10.
He’ll having a show 23 September 2017 at Musee Pierre Noel – Saint Dié des Vosges, France, they are showing Brakpan and Flatlands. 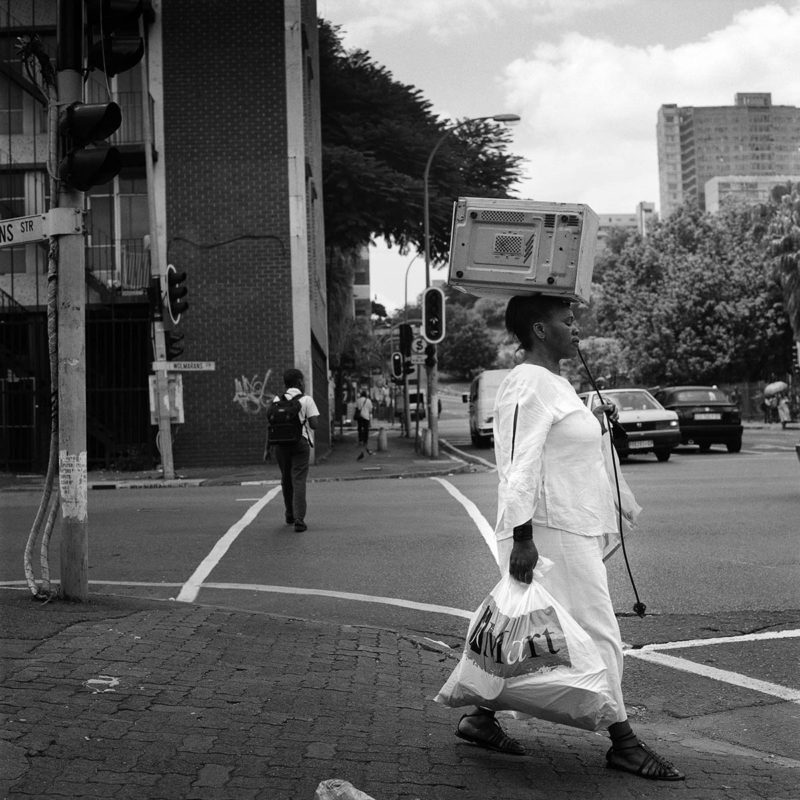 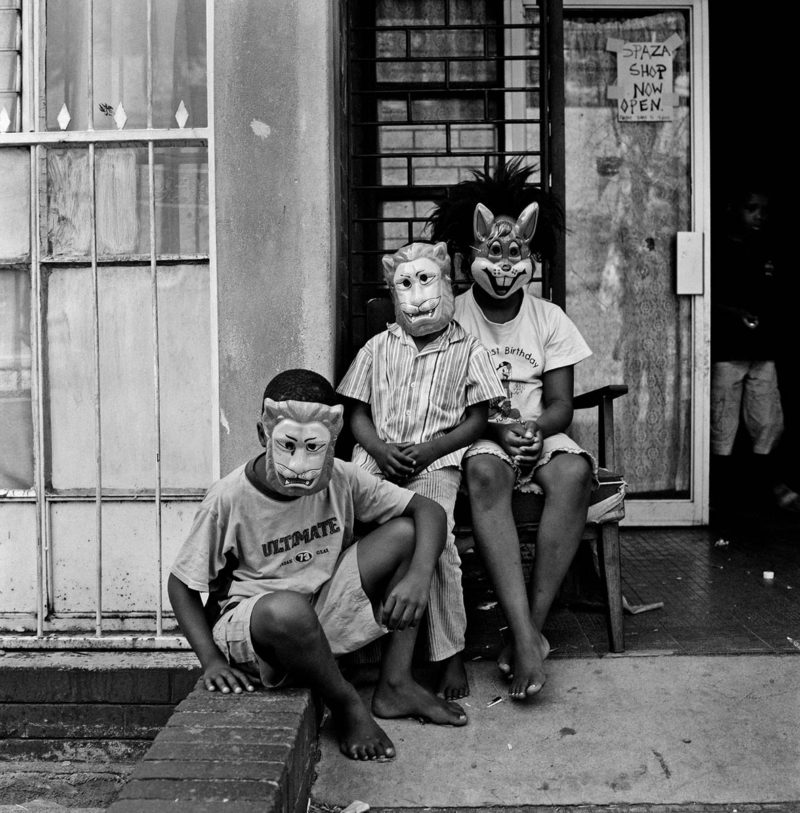 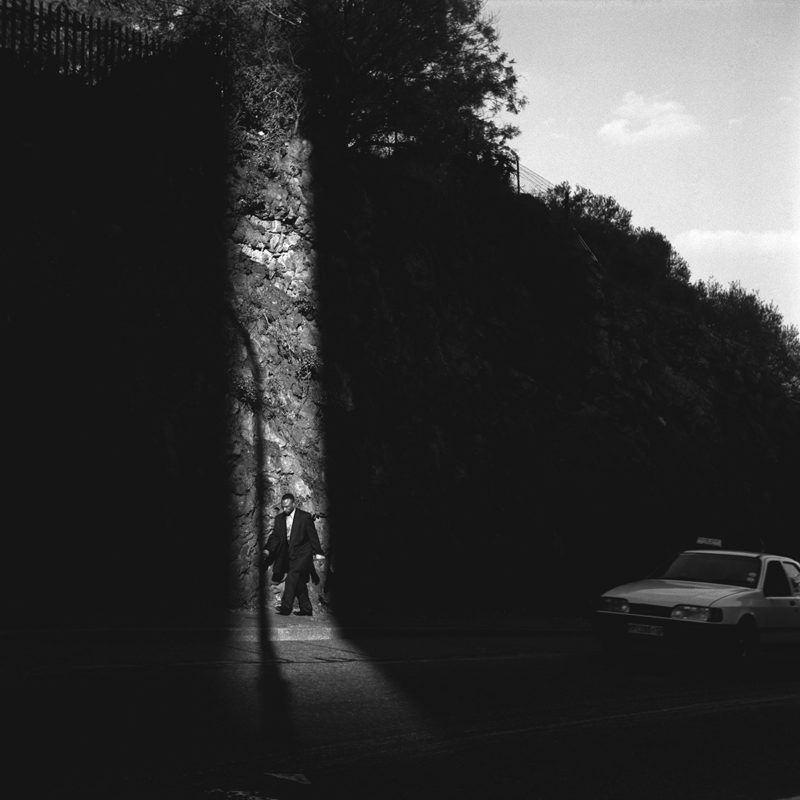 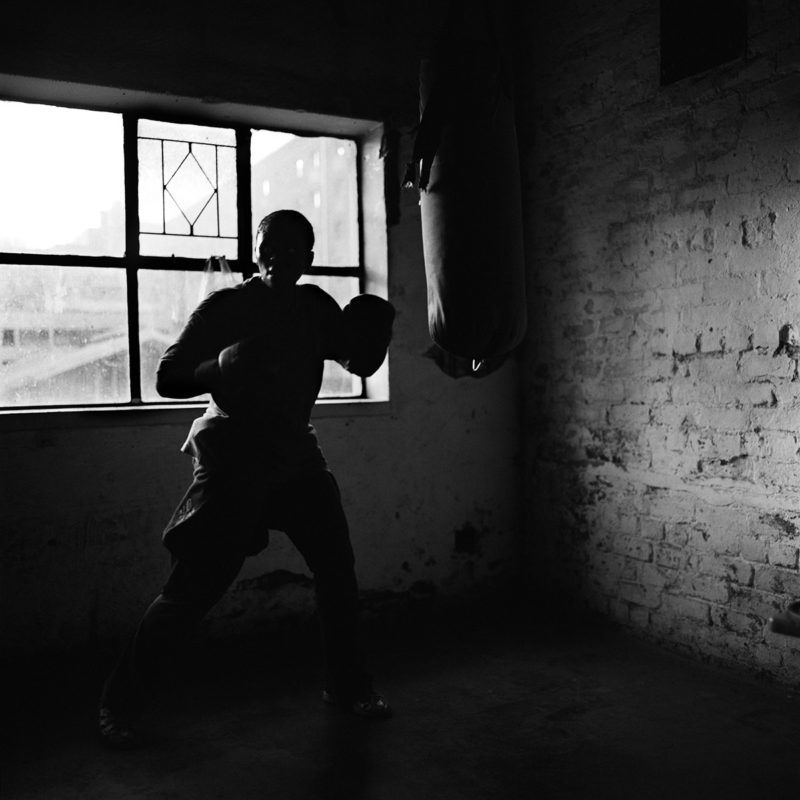 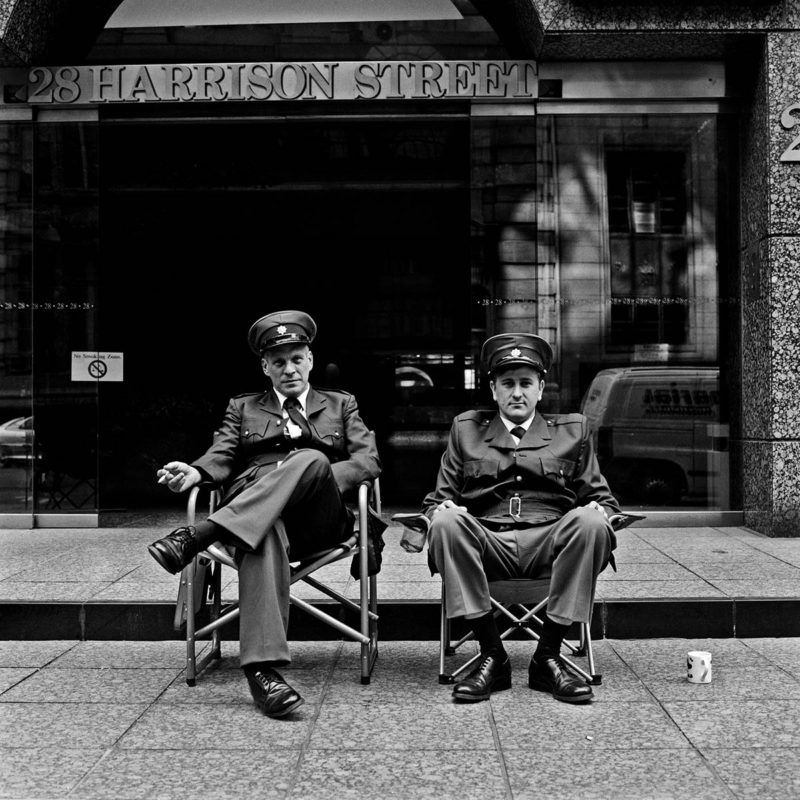 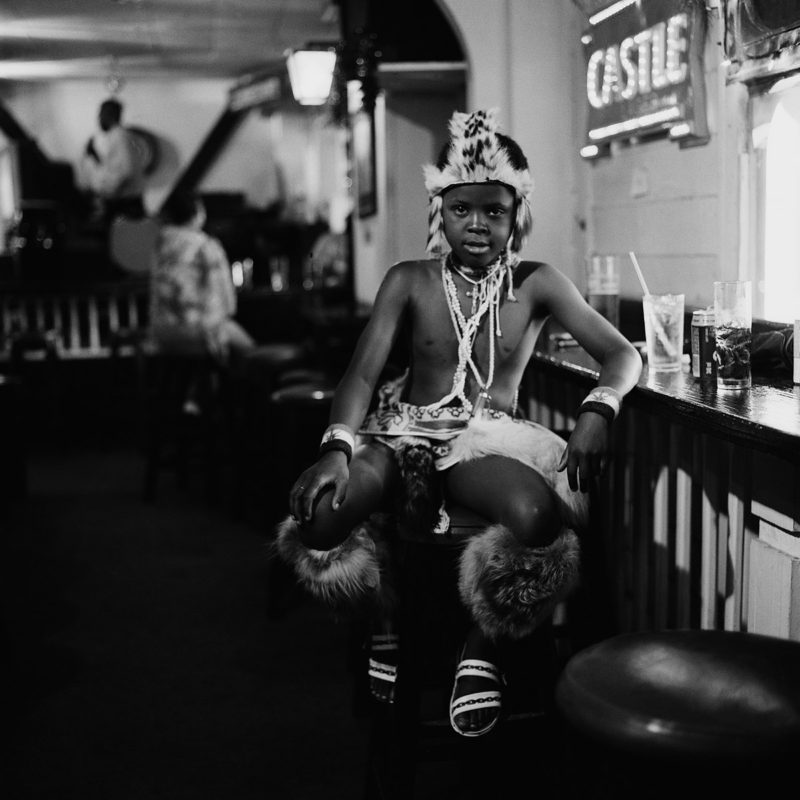 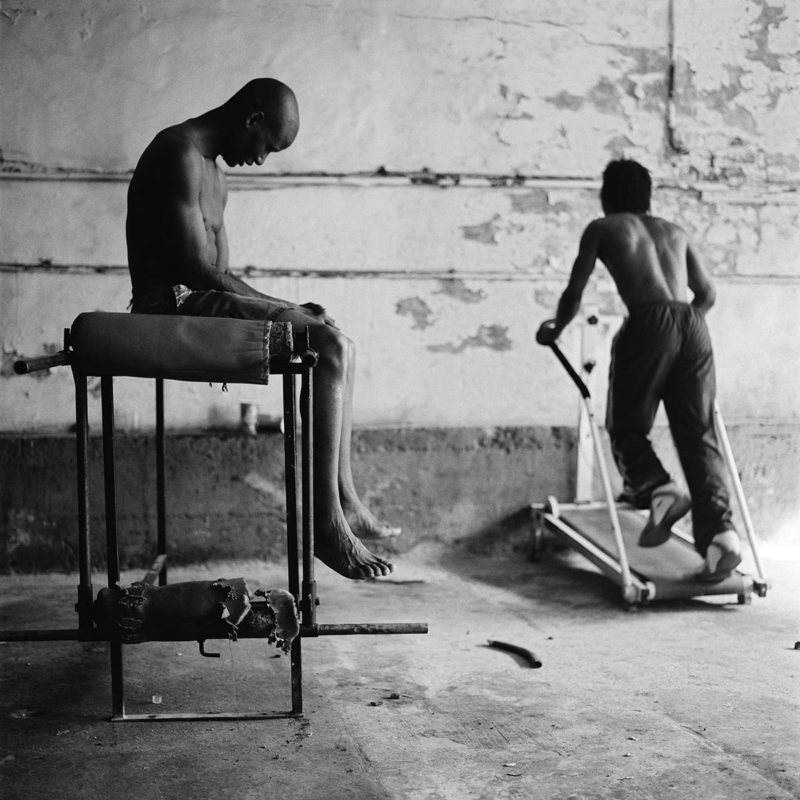 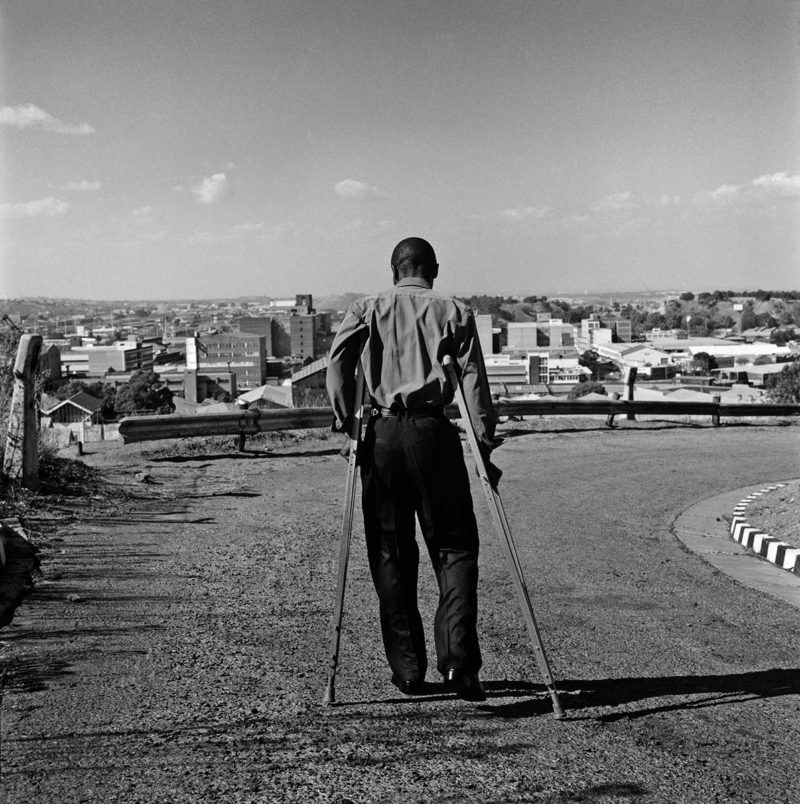 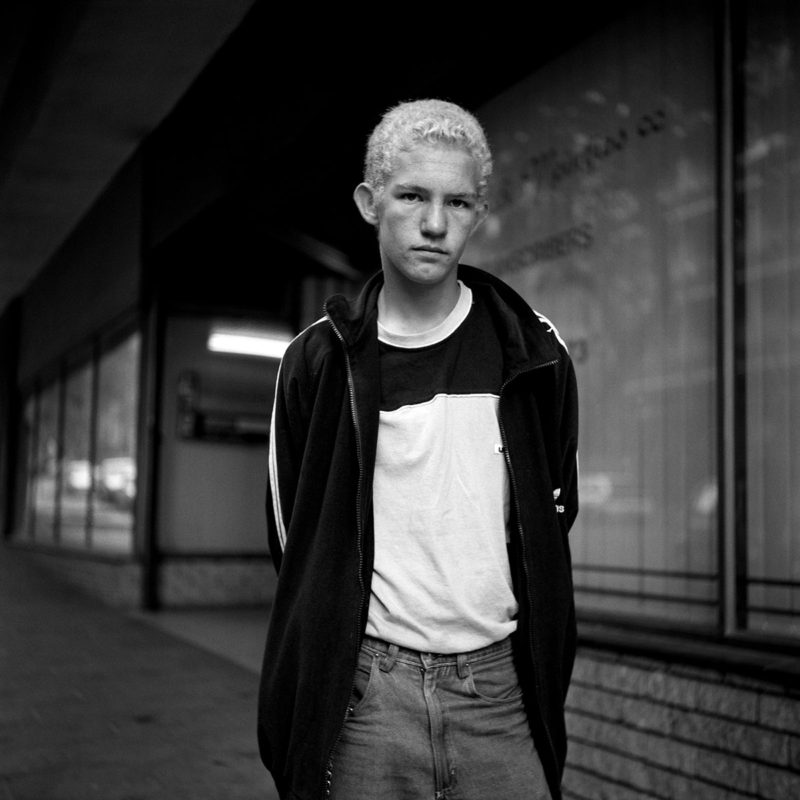