Anabela Pinto reproduces the addictive relationship between humans and technology 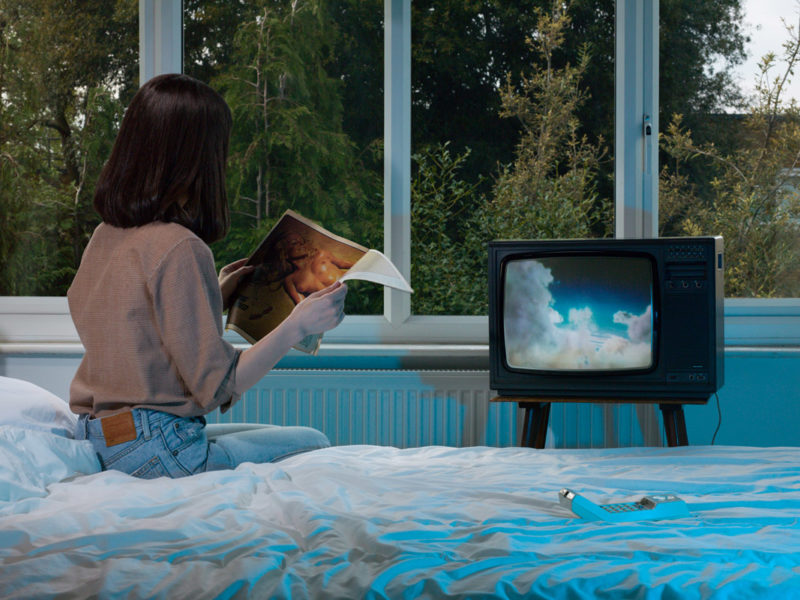 Anabela Pinto is a Portuguese artist and photographer living in London. She is studying in the MA in Photography at the Royal College of Art, while her first solo exhibition is currently open at  the Galerie Intervalle in Paris.

Recently, she has been laureated at the Dior Photography Award for Young Talents more than being the Life Framer’s Series Award winner with her project called Precious Things. Her work has been exhibited internationally including festivals such as Kolga Tbilisi Photo, Encontros da Imagem, and Les Rencontres de la Photographie d’Arles.

Her work reflects the interest accrued in the relationship between people and technologies, consumer culture and desire, together with its subsequent effect on the aesthetics of our daily living surroundings. Her staged photography outlines a fictional world in which the dramatic atmosphere implicitly refers to an unsettling future, in which people have the appearance of lifeless mannequins.

Precious Things reflects on the materialistic desires and their relationship with the pursuit of happiness. The project is an observation of the cult of technology seen as an extension of the human psyche, where consumer objects appear to channel, reflect, and feed on the emotions of its users.

Even when less visible, the presence of technologies is a constant that transforms our living environment, creating new visual landscapes and specific aesthetics that tinge and shape our everyday rituals. The blue light emanating from a TV screen permeates the scenes and reiterates this presence, harboring both positive and negative emotions, fears and dreams, humor and mystery.

Steeped in nostalgia, home electronics become the main subjects in open-ended narratives that incite the imagination of the viewer while speaking of closeness, dependence, frustration, and ultimately happiness, that inherently is related to these objects of desire, seen as our precious things.