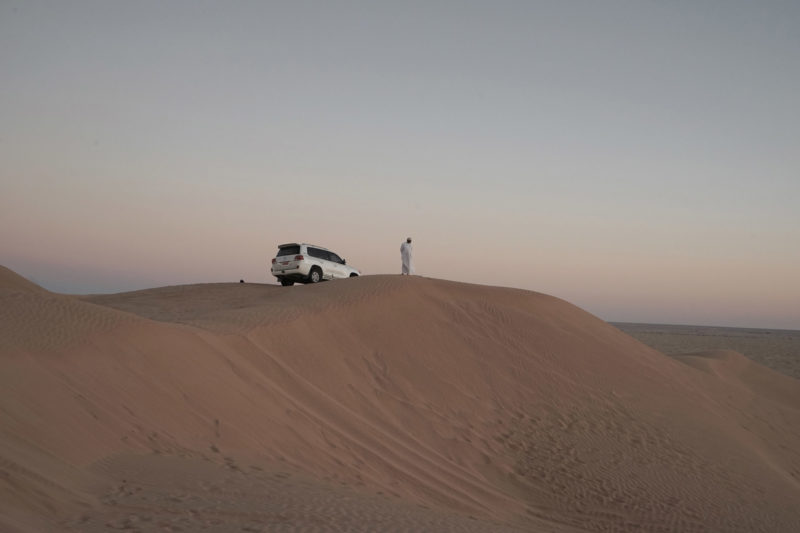 Alessia Morellini (1985) lives and works in Modena. Her life is animated by two passions: photography and travel. While attending university, she began as a self-taught photographer to capture the solitary and aseptic scenarios of the Po Valley, and then moved her research beyond the national borders.

Fascinated by the everyday and familiar aspect of objects and panoramas that surround her, she then shows a penchant for the decontextualization of details, natural and urban landscapes, allowing them to stand out as alien images.

She has collaborated with Repubblica and a various number of digital magazines (Coy Culture, Somewhere Magazine, Our Momentum, Peach Magazine, No More Mondays, Broad Magazine.) Today, she also works as a freelance photographer for some brands in the textile area of Carpi.

The passion for Middle Eastern Countries and desert areas pushed me, in recent months, to discover Oman, in search of singular curiosities.

In just over twenty years, a society without newspapers or radio, with a paved road network of 10 km and a capital with three male primary schools and one hospital, has built up a modern state. Indeed, Oman today is capable of communicating to the the world, to open up to tourism, to develop 4,500 km of roads, 40 hospitals with free treatments, and to reach 80% of schooling in both sexes.

From June to September, the Indian monsoons bring a cooler climate with a considerable drop in temperatures. The hills are covered with vegetation and copious waterfalls appear. This providential humidity is celebrated with a six-week festival, the folkloric Khareef.

The price of oil, as easily understood, is much lower than in Europe: black gold is thus even cheaper than water, around 25 cents per liter.

The aurea around this Country is controversial but inestimably beautiful. The land speaks out for itself, alternating sky and sand as a background for a mysterious human scenario.