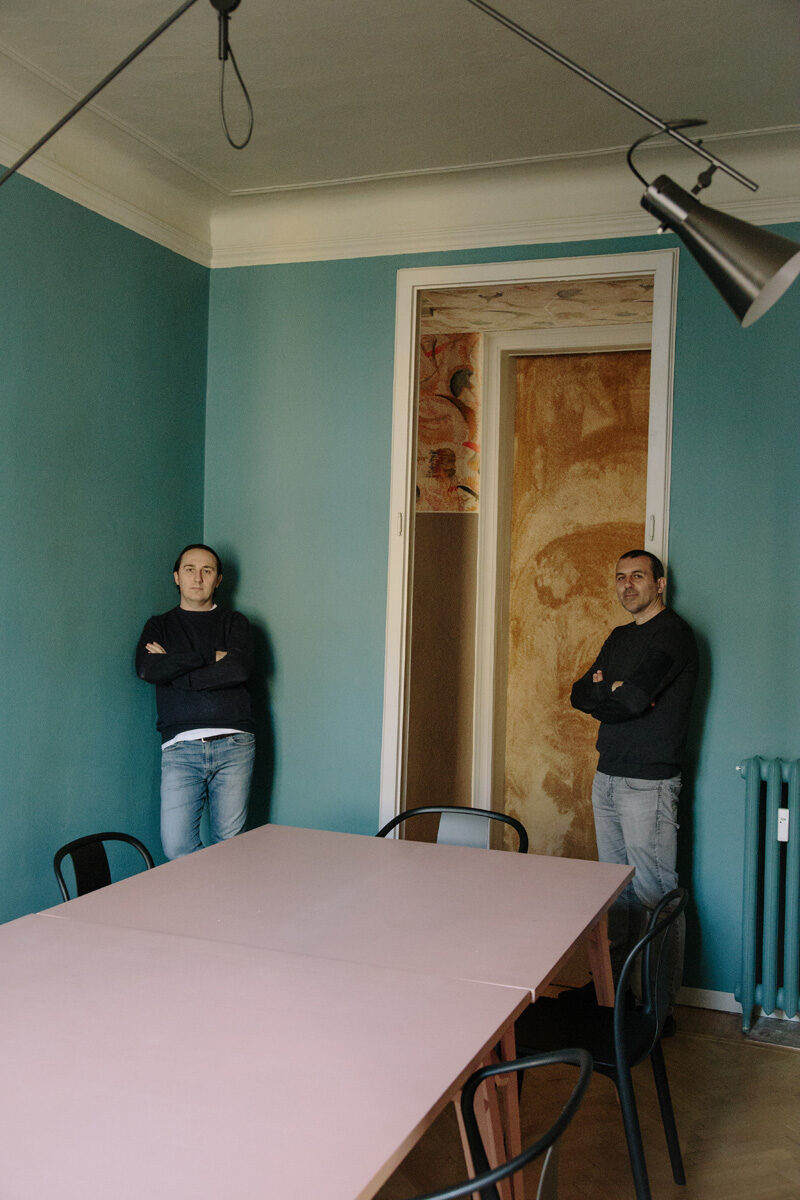 Paolo Casati and Cristian Confalonieri are the founders of Studiolabo, a communication design studio that offers consulting services, design, and graphic execution on different media. Among other things they are the minds behind Fuorisalone.it, the platform that maps and puts together all the appointments of the Milano Design Week, the most important event dedicated to design. A platform that today is changing into a more articulated system that lives all year round and talks about design, but not only.

You’ve been working four-handedly as Studiolabo since 2003, how much has the world of communications changed in almost 20 years?

CC: Facing the perspective of Studiolabo, I can say that the awareness of people and clients has completely changed. All of this starting with an evolution that is simple to see, which is that of tools: from social networks to video, which at first was very expensive, suddenly became accessible. It goes without saying that the digital revolution has gone together with the technological evolution, the interesting thing is that it has brought awareness to the people who use these tools, whether it’s for entertainment or business. That’s been very important to us because it’s allowed us to move from being producers of tools to producers of strategies. If years ago the request was to create a website, today it is to be guided to convey communication in the best possible way. The last period has brought this awareness to even higher levels, with a boomerang effect where everyone does it for themselves and risks fragmenting the sense of community that digitalization has created. In this scenario, the role of professionals is central.

How do you respond to customer needs?

PC: Our profession has evolved over the years, we have gone from working in synergy with companies to assist them during the dawn of the web to help them today in the definition of new scenarios. We have gone from being producers of a graphic or multimedia artifact to strategic consultants to help brands build a solid identity. Our role is similar to that of the director, who knows and orchestrates many tools that are shared between them. As in the case of the newsletter and its return: it’s a classic example of how a tool forgotten in the drawer and overshadowed by social media has now become a pillar of corporate communication and beyond.

The year 2020 marked the transition from a physical to a digital event, even though Fuorisalone has always been an online platform. How do you imagine this 2021?

PC: The rapidity with which things change is remarkable. We happen to question models that until some time ago were the reference point because there are other ways to integrate. Today Fuorisalone is not only space where you can consult the appointments of Design Week, but it is also a virtual container that is active all year round and talks about design and more, with social networks and newsletters dedicated to a consumer and business audience.

Talking about digital, design companies have increasingly learned to connect and communicate with their community. Is it fair to talk about opportunities in this sense?

CC: At this moment where there are few certainties, I find it very useful to experiment. Companies should break the mold and move away from the idea of necessarily having to achieve objectives in a strict sense. Experimentation is understood as the realization of something that is not necessarily linked to sales in a direct way. In this sense, fashion has surpassed design in spirit.

How do you think the needs of design companies have changed and how will they change post-Covid?

PC: In order to manage the complexity of the moment, I am thinking above all of the company forms in terms of skills and internal resources. But I’m also thinking about the places where sales take place: the showroom will no longer be the place where the customer waits for the sale to be finalized, but a space dedicated to experiences. I imagine showrooms becoming spaces for sharing where, among other things, there will be a kitchen.

Will the strength of the city of Milan remain central?

PC: I believe in the choices of delocalization, with targeted events, aimed at the international market. But I believe above all in the centrality of Milan. I wonder if the recovery will coincide with a conquest that happens slowly or if it will be something we are all very hungry for, a bit like what happened last summer. Looking at the data I think of a strengthening of centrality: think of the market linked to real estate and the growth in terms of home purchases and sales and commercial projects in the pipeline. Moreover, the creative sphere feeds on encounters and ties, unexpected events and chance, all things that are difficult to recreate in a dimension that is not the urban one. Milan is also working hard on the quality of services and places, to make them sustainable as part of a regeneration concept.

CC: In the last 20 years, all the big cities have gone through cycles, some very obvious ones like Barcelona, Berlin, and London. At a certain point, it was Milan’s turn: the moment of the maximum peak of relevance coincided with Covid, which to a certain extent reset the “ranking” of cities. Those most facilitated from many points of view, first and foremost the economic one, will start again. Milan risks being fatigued in the context of restarting. The only way to exploit its heritage is to work on conservation, trying to make sacrifices in relation to the Milan Design Week event and following a shared form of community in the design sector. Milan is a very important city on an international level: at risk is the concept of Milanese character, fundamental for its positioning. To ensure that it does not become the umpteenth Dubai or Shanghai.

FInd out more about Fuorisalone's