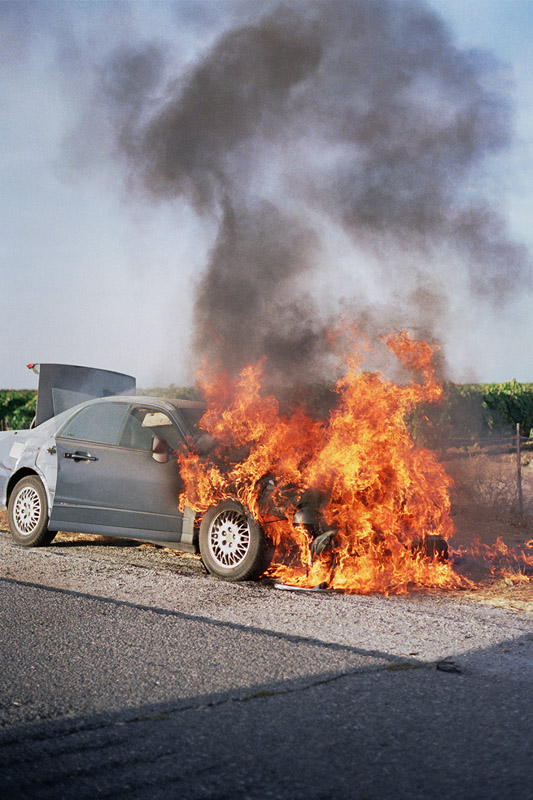 Albert Elm started getting into photography attending The Danish School of Photographic Arts Fatamorgana during 2008, going on with his studies following the Photography course at the Technical school in Svendborg. The subsequent year, he attended the Danish apprenticeship Georg Stage.

While his passion was getting real, he assisted Magnum Photographer Jacob Aue Sobol from 2009 to 2011, subsequently going on with his studies in Fine Art Photography at the Glasgow School of Art. In 2014, he published his 1st book called Elsewhere with Bronze Age Editions and in 2017, his second editorial project named What sort of life is this with the support of The Ice Plant was launched.

The Copenhagen-based photographer documents the world around him with the desire of understanding and accepting what stays around. With a curious and undiscriminating eye, that supports the research of personal meanings together with the development of the own concept of fantasy, he creates series of esoteric pictures that besides being all unique in style, are fluid together.

About ‘What sort of life is this‘ – words by Albert Elm:

What sort of life is this is a photographic essay about living in a world I’m continuously trying to understand. I take pictures to understand life around me a little bit better, will that arises from the feeling of being puzzled in my own presence, feeling myself someone like an outsider, skeptical and confused. I try to depict feelings like loneliness, alienation and claustrophobia equal to feelings like intimacy, hope and fascination, sharing experiences.

The book is filled with images coming directly from my personal universe, based on how I see the world. The goal is making the viewer reflect on his/her own existence in his/her own terms, regardless of age and background, creating their own narrative through my visual hints. The images are thus unspoken questions left for the individual to interpret in his/her own personal way, an invitation to look at the world in a different way. Suggesting a direction, rather than dictating one.

I work with the idea of the world as one place in which where and when is not important because regardless of differences in culture and geographical location, what we all have in common, is that we are wondering what our time here means.