Alba Zari goes through the research for her missing parts 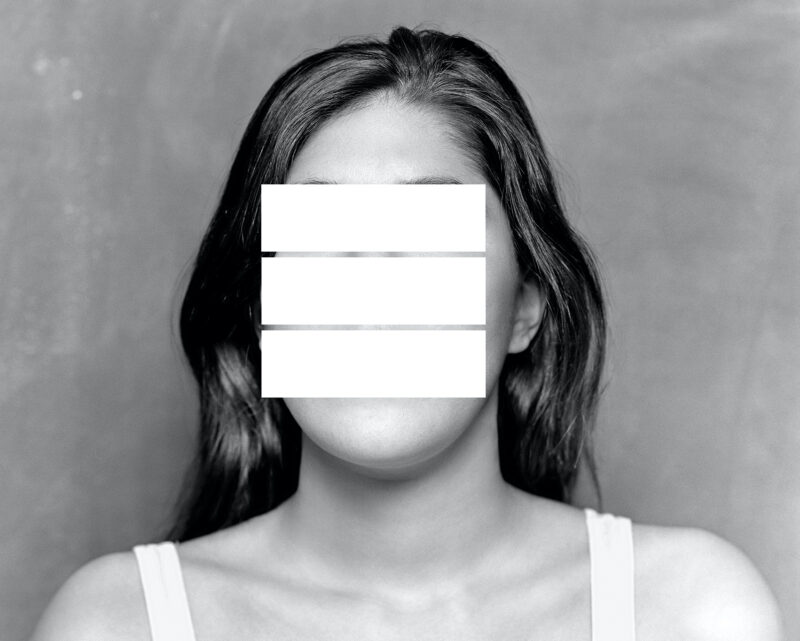 Alba Zari since childhood she led a nomadic life that brought her to live in different cities and countries. She was born in Thailand and lived there until the age of eight. In Italy she lived first in Trieste then in Bologna, where she graduated from the DAMS with a degree in film. She went on to study documentary photography at the International centre of photography in New York, and then continued her studies in photography and visual design at the NABA in Milan. Her experience as traveller influences and is reflected in her photographic practice, which intends to explore social themes, for example her visual studies of mental health centres since the Italian Basaglia Law and of the widespread eating disorders of the American society. She has also completed projects on scenes from daily life in urban landscapes. She regularly collaborates with fashion brands and newspapers.

Zari has an introspective sensibility for photography. Her recent works include Places (2015), a book and a photographic project which analyses the visual communication of ISIS propaganda; Radici (2013), a documentary project on the vegetation of the Mesr desert in Iran; The Y- Research of Biological Father (2016-), born out of a journey in search of her origins through the father she never knew. She often employs self-portraits. With The Y she is part of the Foam Talents 2020 and the project has been exhibited in international festivals and museums such as MAXXI, Rome; London Art Fair, Circulation Paris and Athens Photo Festival. Alba is now working on a visual study of the propaganda of the cult Children of God. She realised the short documentary FreiKörperKultur and she is working on her first documentary feature film White Lies.

She was born in Bangkok in 1987 and now lives and works in London.

About The Y – words by Francesca Seravalle:

Every woman inherits two X chromosomes, one of which can be paternal.

Alba Zari uses the medium of photography as a visual method of investigation writing self-analysis notes to research the father that she never met. The missing Y. She goes into a process of self transformation where the results of the research can modify the perception of her identity. A deep research of her origins and she documents it with scientific rigour and in real time through specific photographic methods and languages. It’s a physical experience of displacements searching for her father from Trieste to Bangkok going through Positano to Berlin. It takes place collecting documents and visual symbolic information e sometimes misleading clues.

Raised in Thailand till the age of 8 years old she finds out, from her brother, after almost 20 years that she does not have Thai blood and that they don’t have the same father. For 25 years she thought that Weerachart was really her father, even though when she was a child she was showing the image of the King of Thailand saying that he was her father. She now finds out that half of her identity is a mystery. For 2 years Alba does not know if she should open the Pandora vase undermining the fragile balance between the members of her family, should she begin this process to accept the essentiality of the determined negative?

Photography becomes a concrete investigative medium that will be useful to research evidence and proofs, Alba will use all of her visual language knowledge for an achievement that is implemented going through the negative answers and she will embrace the suffering of the negative in her research. She is conscious that the negation is not frustrating but a form of relief, exclusion.

Alba uses the optical bench camera to analyse her self, she observes her body to find traces of paternal inheritance, she takes distance from her body and from her emotions to objectify her self, be object and subject at the same time. She will tell her story with distance, looking for her origins and her paternity male part that is in her and that does not belong to anyone in her maternal line of the family. She will take pictures of her legs in front of a blackboard treating her body as a surface of readable memory.

She will travel to Positano to see her grandmother to collect all the possible information she can find. She has only one clue of her father: his name, is written on the back of a business card, Massad, his nationality could be Iranian or Iraqi, he worked for Emirates Airlines. With this bunch of information she will try to achieve the maximum of the results, but she will obtain a series of negative answers. From the airport of the Airline company from which she cannot get information on the employees for privacy reasons, she wanted to look for someone that worked for them and that travelled to Bangkok in the period of time she was conceived.

She will collect positive information and evidence from the physical material that she dispose, from there she will investigate in her family album and in the VHS frame applying a comparing physiognomic method to find those hereditary features that don’t belong the maternal genetic code and that after a process of exclusion could belong to her father. She will compare somatic traits, the bone structure, gestures and expressions and she will find out how those are inherited from her mother. Her nose, eyes, mouth, hair and skin tone are not amenable to anyone in her maternal family, she looked far enough till her great great grand father (trisavolo). As in a novel of Pirandello her nose will assume a new meaning: her angled profile, so different from the delicate oriental features, will be characteristic of her Middle Eastern origins. From being Italian and Thai, as her two passports prove, Alba will start to feel that she belongs elsewhere looking at her skin tone slightly darker than her brother.

Photography for Alba is a way to overcome the lacuna of the missing father and to accept the absence. At the same time, she will imagine and project outside her affective emptiness. She reinterprets her family archive, on the pictures of special occasions and everyday life she will paint a silhouette without a face. In this research that proceeds with negative answers, photography becomes poetic interpretation and the possibility to reconstruct her own memory, allowing the past to reconfigure, a way to regain her own story that was designed to her until this moment.

She will take a DNA paternity test sending to a lab a stripe of her saliva and one of her putative father that she will meet in Berlin after 15 years of absence. She will have proof that their chromosomes have 0% of compatibility. She will take a DNA test of her ancestral origins hoping to find more specific information about her father but that test will highlight the polish and Irish origins of her mother line since women don’t inherit the Y chromosome.

She decided to apply a scientific inquest on the documents that certificate her existence collecting her birth certificate in Bangkok and in Trieste, she will find out that a man singed the paternity, Gary, that she will trace online finding him on a video on youtube. She will find out that he is a homeless street artist that lives in a van in Santa Barbara, she wants to meet him but at the same time, she is defensive. She will contact him without revealing her identity, she will meet him in California trying to get more information about her biological father.

She uses the camera as a defensive shield when she will face the three important Ys of her life: her brother, her putative father and her legal father. She will take a portrait of them turning 360 degrees around their axis, looking in their eyes a moment before telling them that she knows that she is not their daughter. Through a chronophotography sequence she will study their anatomies and it will be a cathartic experience looking in the eyes the fathers that turned their back to her. Agostino, her brother is the only family member that will turn to her. Three man with different age that with their clockwise rotation will remark the oscillation of the research through the helical DNA structure.

The Y is also the corner, a wall of a room, a research of texture in the visual memories of the childhood house, is visibly the female symbol, the groin: Alba, her mother and the origin of her conception. The Y is the symbol of the dualism coming from the same origin, the crossroad of the positive or negative answer, the research from exclusion, is also the tree of knowledge of Good and Evil. In the same time is the absent male, the Y chromosome of her father.

In the impossibility of finding her father and discover his face from the Y, Alba decides to become her self the generator of the 3D avatar of her father importing on a software her image and the results of her research, such as the features of her face that don’t belong to the Zari line. Once she obtains the avatar she will try to make him live online looking for the identity of Massad through facial recognition apps and on social media.

Alba uses the photographic medium as visual support of an analytical investigation and at the same time artistic language. At last, she points the lens on her self, she closes her eyes and takes a self-portrait to look at her self from a distance at the moment that she feels she has accepted and overcome the lacuna of the Y.