No strings attached is an event curated by Threes, curatorial team and creative agency with its main focus on cultural sustainability. A painting, a live performance, a laser installation, a sculpture, and a score will be showcased thanks to the collaboration with the artists  Lorenzo Senni, Stephen G. Rhodes, Emanuele Marcuccio,  Sylvano Bussotti, with  a special performance by Michael Vorfeld.

In 1965, Dick Higgins restores the term “Intermedia”. Synesthesia, cross-genre, a fusion of scenarios; the concept of Intermedia will from then on reveal itself, amongst others, in Fluxus’ happenings as well as in the works of John Cage. The nature of Intermedia is that of a game in which the audience is invited to design its own architectural space by using different media as tools. These media do not simply coexist, they constantly interact.

A painting, a live performance, a laser installation, a sculpture, and a score – these are the elements chosen to represent Threes’ imagery. By embodying different geographical and time coordinates simultaneously, as well as by portraying the coexistence of contemporary avant-garde and historical elements, these intermedial elements give birth to dimensions that take place both on a local and global scale, as well as in between the past and the present.

Temporally coincident occurrences reveal themselves in this intermediate locus amoenus imagined by Threes. First, the recurring sequence of a laser unveils the impermanent images of a dolphin, a circling pray, a volcano erupting and a flower. Then, a perforated metal plate suggests notations of the modern industrial production system. Representational after-presences can also be found, embodied by vaporous traces left behind by a specter as if it was the hallucinated sign of an anthropomorphic personality passing by. Proceeding in this locus amoenus, a score narrates the written story told by musical instruments as well as the ephemeral one evoked by the realm of performance, highlighting the metamorphic dialogue inbuilt in this physical object.

Last but not least, the presence of a silent and small Big Bang emerges when flashing lights and incandescent filaments, flickering, give birth to a comprehensive and microcosmic electro-acoustic world of sound.

A special thanks to Archivio Storico Ricordi, INCURVA and Galerie Isabella Bortolozzi for the support, as well as to all the artists for their kind collaboration.

Threes Production, curatorial team and creative agency has as its main focus on cultural sustainability: music, performance, and landscape art.

Threes is also the founder of Terraforma, the experimental music festival taking place in the gardens of Villa Arconati at Castellazzo di Bollate since 2014. 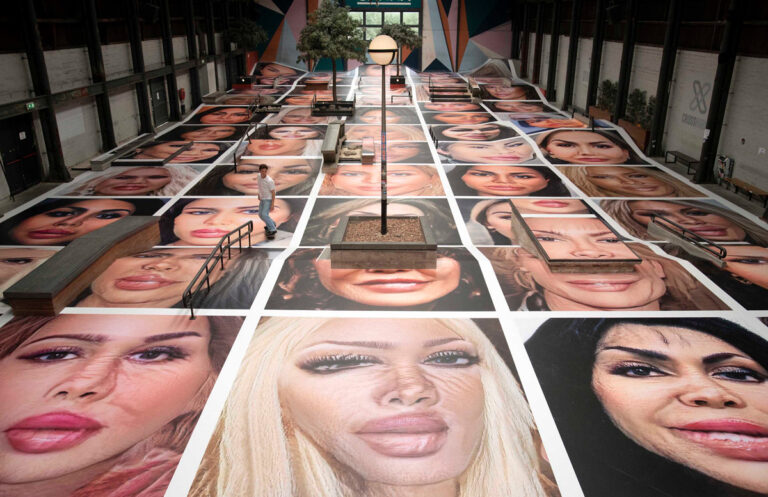 C41 Questions On with Noma Osula: The Contemporary Fashion Photography