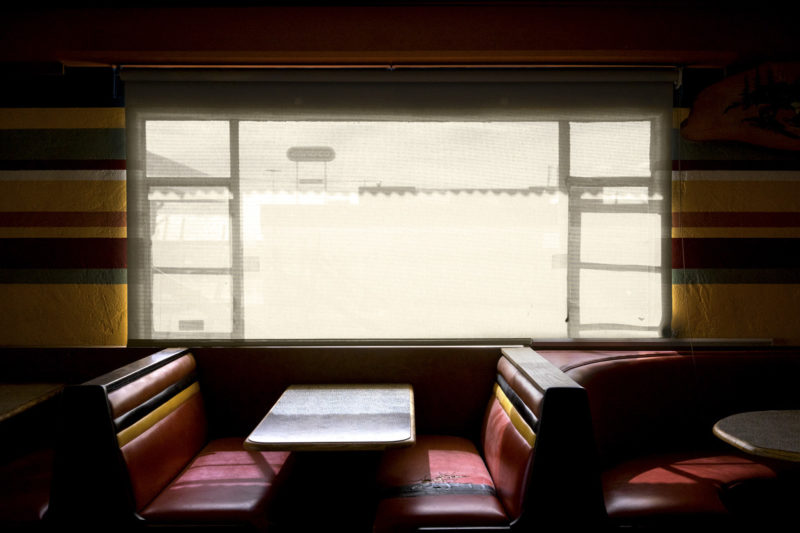 Parker Reinecker is a Street/Documentary Photographer and Writer currently based out of Atlanta Georgia. He is currently working in Northern Georgia, Northeastern Pennsylvania, and the American Southwest. Growing up in coal country, Northeastern Pennsylvania, with a bar and a church on every corner, his work touches on the experience and struggle of growing up in the blue-collar United States. Drawing inspiration from his own struggles with personal identity, crime and homelessness which can be receptive within the compositions of light and shadow. Parker’s images and series develop symbolic narratives while immersed in a personal relationship to the broken landscape of “Small Town America” and the conflict of poverty and beliefs, values and traditions, hope within the broken dreams and some touches of humor within it all.

Parker’s work has been exhibited in various galleries and museums in the United States including Colorado Photographic Art Center, The Academy Art Museum and the National Center for Civil and Human Rights. His work has also been featured in various national and international publications/platforms including Eyeshot Magazine, Dodho Magazine and The Photo Review. Parker is currently in his final year of MFA candidacy at Savannah College of Art and Design.

About ‘Running from the Sun‘:

Running from the Sun is a personal project focused on small towns along Route 66 in New Mexico. Over years, the development of Interstate 40 and New Mexico having one of the highest poverty rates in the country, the loss of tourism along Route 66 is directly related to this idea and debatable need for “bigger and better.” The story of “The Mother Road” is a prime analogy of small-town life across the United States. Route 66 is commonly perceived to travel East to West with the nostalgia of chasing a dream to the West coast. The constant state of rush and hurry we live in, coupled with the loss of the idea of “the destination being the journey,” the towns along the historic road have not only suffered but these icons of an American era have become nothing but liminal space to the rest of the country. Each image in the series develops a personal narrative that can be related to the current climate of struggling towns everywhere. Places that relied on an identity of their own and what it meant to make something out of nothing and find pride, love and tradition out of a little less. The heavy use of highlights, shadows and symbolism in the images also work to portray this concept of trials and tribulations in a lower working-class environment as well as the personal struggle and exploration of identity growing up in small town America.

There is a place that seems so far from here. A place where the sand, the dirt, the rock and the sky live in harmony. Where the sun beats down on the man formed brick and the asphalt of the journey to the West. It washes away the dark of the night before and leaves the walls and the road worn like an old, well worked, pair of blue jeans. I have sentiment in a place like this. No roots, just seeds. No money, just seeds. No agenda, just seeds. A life line, a vein running through me, it’s been pumping and carrying blood for almost a century. This place has the heart of an eagle. That heart often overlooked by the sight of the crows. You have to believe in a place like this. Its survived by a long lineage of stories and heartbreak. For every love letter carried. The road got a crack. With every drop of sweat, every tear, every war whoop…the road got a crack. You can’t mix mortar without sand. You can’t have sand without the stones. The wooden crosses all connected still don’t compare to getting the wood for the fire. There is a solace in all of this. A bigger piece to the puzzle. This history, this land, this cut on my thumb and the dirt on my calluses. I was running from the sun.