Faith and devotion: Nick Tauro and the pilgrimage of those who believe 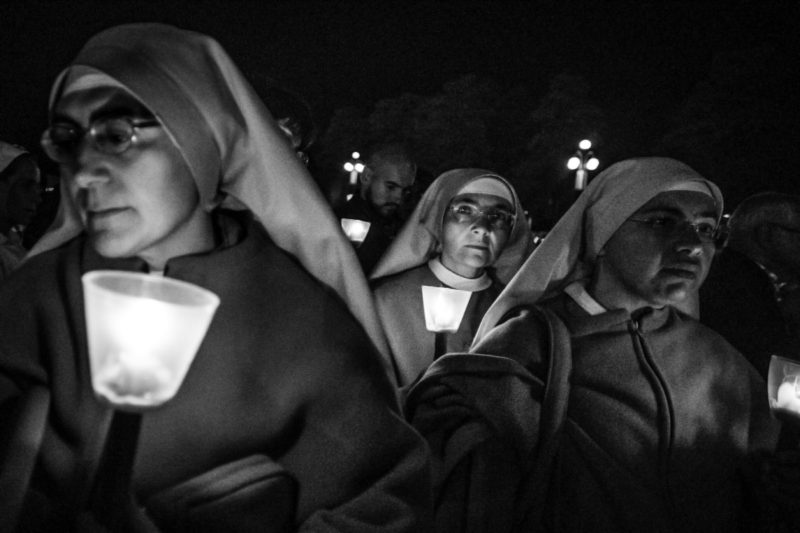 Nick Tauro Jr. is a photographer based in Albuquerque, New Mexico, USA. Image making is his life; it’s his passion. He is a graduate of New Jersey City University and has also been an invited attendee at the prestigious Werner Herzog’s Rogue Film School.

Nick’s work has been exhibited in multiple group shows, both nationally and internationally. He was the focus of a solo exhibition at the Downtown Contemporary Gallery in Albuquerque in July 2016.

Additionally, his work has been published in Float Photo Magazine, Fraction Magazine, THE Magazine, Yes We Are Magazine, P3 / Público, Art Narratives, Shifter, and Pyragraph Magazine.

He has also worked as a photography instructor with a volunteer program that teaches at-risk youth in New Mexico correctional facilities. Nick Tauro Jr. is also a founding member of the Latent Image Collective, an international group of twelve photographers united by a shared aesthetic vision and a desire for collaboration.

About ‘Faith and devotion’:

This series of images is focused on the Catholic pilgrimage site of Fatima, Portugal. On the 12-13th of each month, the small town swells with religious believers, who come to celebrate the miraculous appearance 100 years ago of the Virgin Mary.

Pilgrims converge on the main plaza, all seeking to renew their faith or to receive healing from the spirit of the Virgin. The contemporary reality of Fatima is a paradoxical mix of commercialistic kitsch and deeply devout belief.

The faithful stream to the site throughout the day and evening, many approaching the basilica on their knees as an act of penance and self-flagellation. Others carry wax figurines, representing a variety of body parts.

These are thrown into fire pits, which is said to bring divine relief from physical ailments. Prayers in a multitude of languages blast from loudspeakers, their cadence familiar to my ears, even if the words are foreign. A candlelight vigil continues throughout the night.

Raised as a Catholic, but being lapsed as an adult, the location and proceedings at Fatima triggered many personal memories of my religious upbringing. Being surrounded by throngs of the faithful allowed me a voyeuristic observance of a belief system that I no longer take part in but still find intriguing.