The frozen world between soul and technology shot by Mar Martin 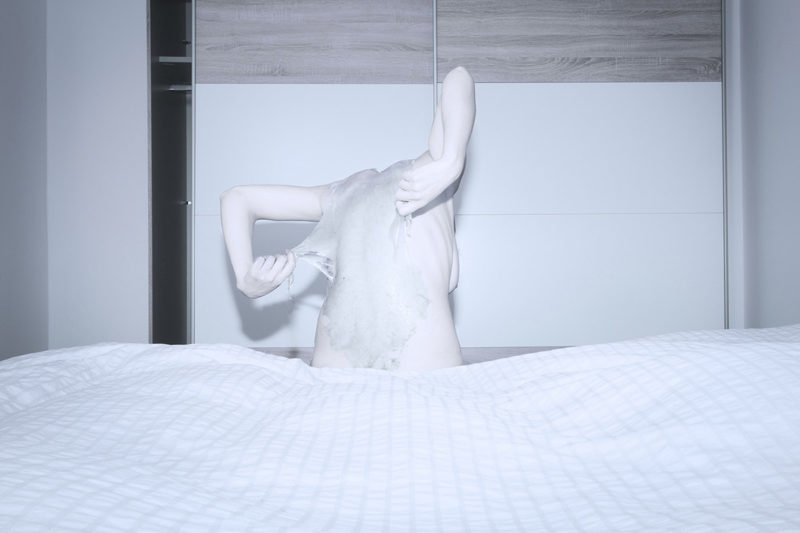 Martín obtained a bachelor’s degree in Fine Arts at the Alonso Cano Faculty of the University of Granada and then studied at the Academy of Fine Arts of Munich before getting a master’s degree in photography, concept and creation at EFTI, International Center of Photography and Film in Madrid. In the year 2009, she got a Leonardo da Vinci scholarship in Berlin and decided to stay in the city.

The work of Mar Martin is usually inspired by topics of science which serve her as a starting point for her photographic imagination journeys. She has taken part in different international festivals like Scan Tarragona (Spain), Encontros da Imagem (Portugal) or Voies Off Arles (France).

Actually she lives and works as a free photo artist in Berlin. Her work was published and exhibited internationally.

At the end of 2013, a high-resolution image of the coldest place we know in the universe (The Boomerang Nebula) was captured by the most powerful set of telescopes in the world: Atacama Large Millimeter/submillimeter Array (ALMA) in the Atacama Desert.

The importance of this discovery lies mainly in determining what happens with the stars once they die because it will happen the same to the Sun. Now we know how cold our Solar System and the Universe may be in the future.

This picture inspired Mar Martín for her serie, A. L. M. A. Alma, means in Spanish “soul”. With staged colour photographs Mar Martín investigates the effects of the cold on the human soul and goes deeply into a dystopic world. The mostly whitely dressed protagonists in her pictures work as frozen. They are surrounded by technology, anonymous, the surrounding landscape is her coldly lifeworld.

With her work, Mar Martín builds a bridge between science and imagination and invents her very own universe which is not so far from the reality.