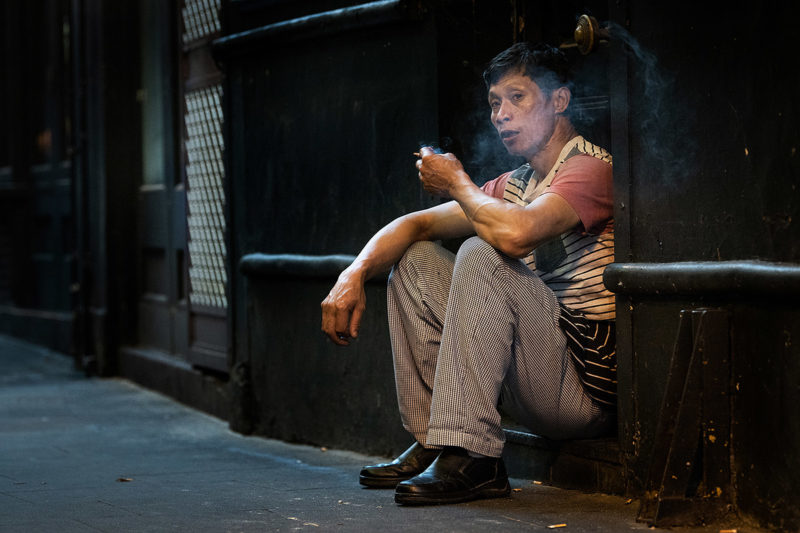 Jan Enkelmann says about himself:

“Originally from Stuttgart, Germany, I have been living in London since 2000. I started out in travel photography, but over the
last decade or so I’ve moved more and more into documentary photography. A lot of my image making is taking place in public spaces, but I don’t really see myself as a street photographer, at least not in the traditional sense. My work is usually conceptual, or at least has a defined theme.”

“In the noisy bustle of London’s West End I have been looking for sanctuaries of calm and contemplation. I found them in the back alleys and doorways of Chinatown.”

The photographs of this series were made between February 2017 and February 2019 in London’s Chinatown.  As with my other recent work, this project documents people in public spaces, capturing a particular expression of emotion or state of mind. One of my other series, Serious Conviction, which is about the people gathering at Speakers’ corner in London’s Hyde Park, is about the display of passion and being extrovert. The Smoking Chefs series, on the other hand, is showing human beings in a state of contemplation and quietness, albeit surrounded by the bustle of one London’s busiest areas, the West End.